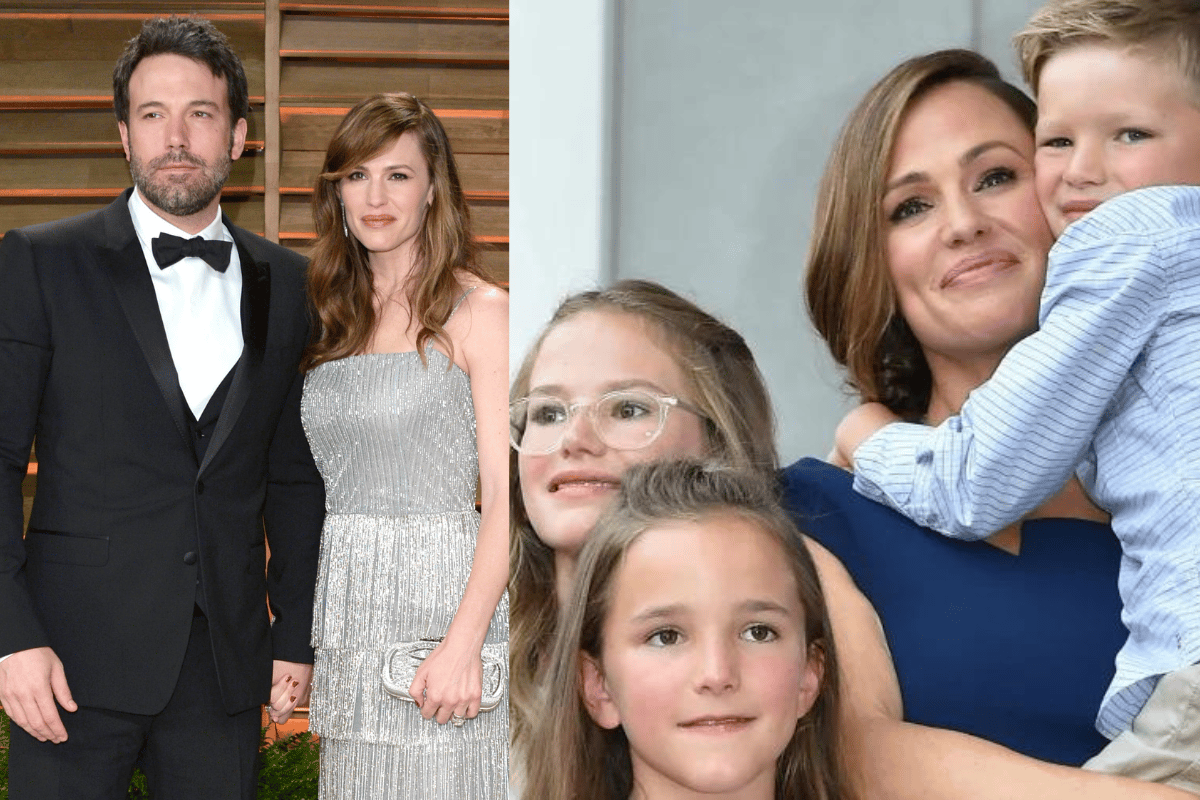 Jennifer Garner and Ben Affleck were a picture of wholesomeness in Hollywood for many years.

The pair had met on the set of a 2000 film and hit it off as friends. Two years later, they reconnected after Affleck called off his first engagement to Jennifer Lopez. By 2005, Garner and Affleck were married and sharing plenty of quotes with the press about their love for one another.

They went on to have three kids together – daughters, Violet (born in 2005) and Seraphina (born in 2009), and son Samuel (born in 2012). But just one day after their 10-year wedding anniversary in 2015, Affleck and Garner announced their separation.

And the rumour mill whirred.

Affleck was repeatedly alleged to have struck up a relationship with their children's nanny, with Garner seemingly confirming the event in an interview with Vanity Fair.

"Let me just tell you something," Garner said. "We had been separated for months before I ever heard about the nanny. She had nothing to do with our decision to divorce. She was not a part of the equation. Bad judgment? Yes. It's not great for your kids for [a nanny] to disappear from their lives. I have had to have conversations about the meaning of 'scandal'." 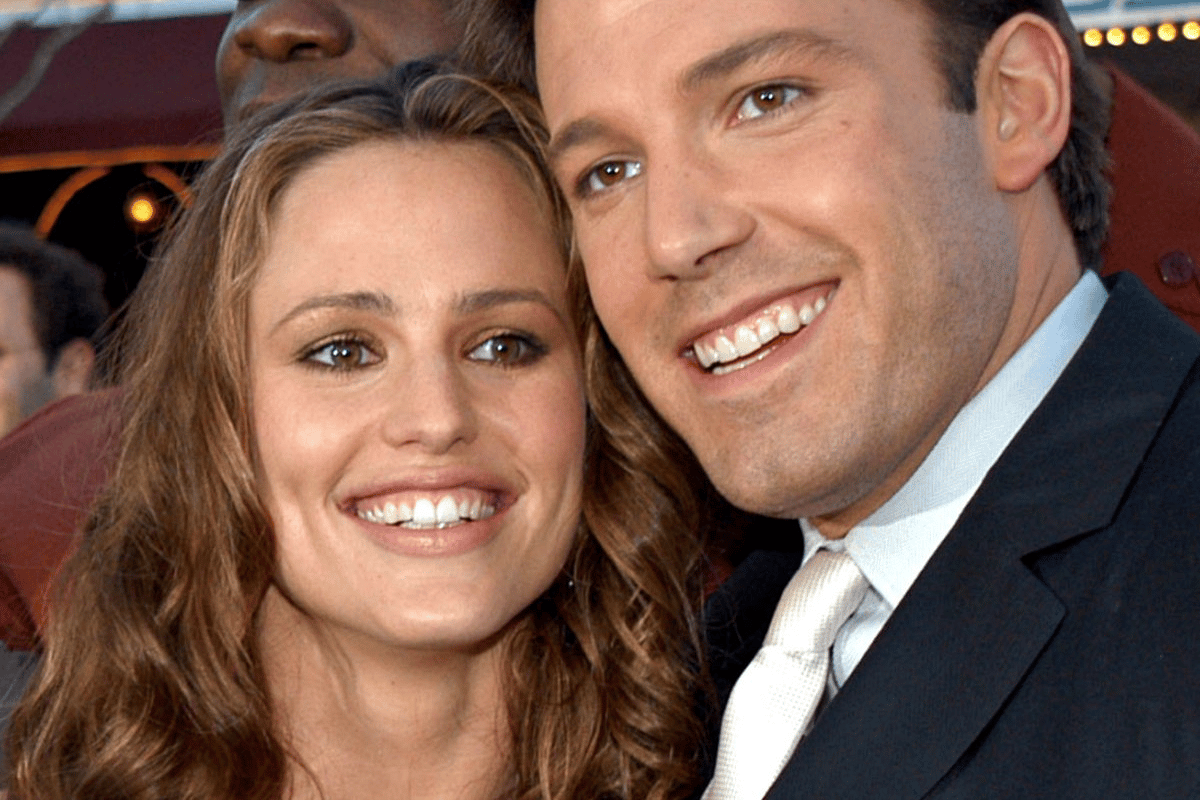 Garner and Affleck in the early years. Image: Getty. The damage had been done – Affleck's reputation was starting to take a nosedive. And ever since, both of their lives in the spotlight have been watched over by the public with intrigue.

Affleck had a few rocky years following his separation from Garner.

They were famously photographed in 2017 and 2018, with Garner driving Affleck to rehab for his alcohol addiction.

At the time he wrote on Facebook: "I want to live life to the fullest and be the best father I can be. I want my kids to know there is no shame in getting help when you need it, and to be a source of strength for anyone out there who needs help but is afraid to take the first step."

He continued: "I'm lucky to have the love of my family and friends, including my co-parent Jen, who has supported me and cared for our kids as I’ve done the work I set out to do."

"This was the first of many steps being taken towards a positive recovery."

The Cuban actress said in an interview with Elle this week that her relationship with Affleck was "horrible", noting the paparazzi culture following them was major.

"That's one of the reasons why I left LA. It confirmed my thoughts about, 'This is not the place for me to be'. It became a little bit too much. There's no escape. There's no way out."

And then in 2021, Affleck and Jennifer Lopez rekindled things: Bennifer was back. They were engaged about a year after getting back together, and this week they married. 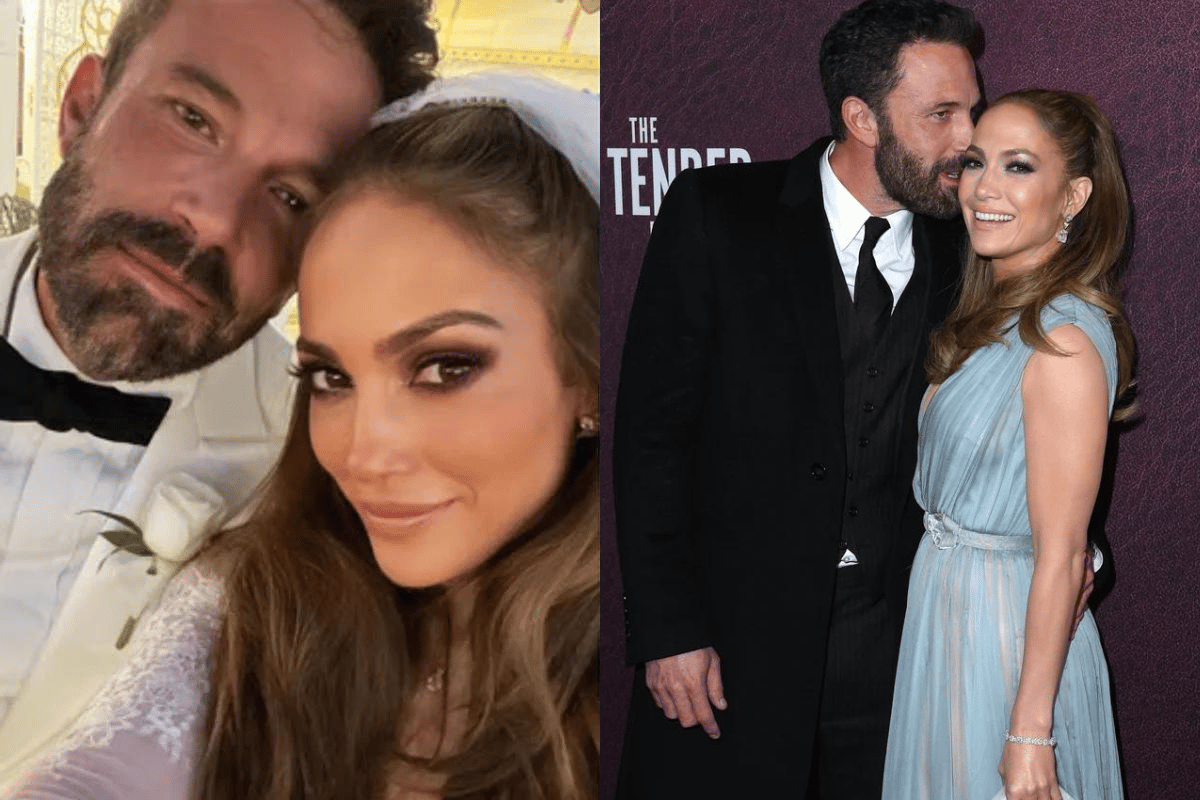 Jennifer Lopez and Ben Affleck today. Image: OnTheLo/Getty. In her newsletter announcing the wedding, Lopez confirmed their respective kids and their wellbeing have been at the forefront of their minds.

Lopez has two children with her ex Marc Anthony, and Affleck has three with Garner.

"We are so grateful to have that in abundance, a new wonderful family of five amazing children and a life that we have never had more reason to look forward to. Stick around long enough and maybe you’ll find the best moment of your life in a drive-through in Las Vegas at twelve-thirty in the morning in the tunnel of love drive-through, with your kids and the one you'll spend forever with. Love is a great thing, maybe the best of things-and worth waiting for."

By the looks of her Instagram, Garner has kept herself very busy following her divorce.

In 2018 she co-founded an organic, cold-pressed food company called Once Upon a Farm, which sells fruit and veggie blends in more than 10,000 stores across America. She is also an ambassador with Save the Children, regularly sharing content from her humanitarian trips and volunteer teaching with early childhood groups.

In October 2018, it was reported that Garner began a relationship with John Miller – an American businessman who seems to be the CEO and chairman of Cali Group, a tech company that owns Miso Robotics and a chain of 50 CaliBurger restaurants.

Actor Victor Garber, who is a friend of Garner's, said he thought Miller and Garner were a good couple.

"I think he's adorable. What's wonderful is they're taking their time and they are just enjoying each other's company. Her priority is her children, that's it. She's focused on that. She's remarkable," he said to Us Magazine.

In mid-2020, Garner and Miller split briefly before getting back together. Although Garner hasn't commented publicly on the relationship, she has said she is in a "happy place".

Ben Affleck and Jennifer Garner reflect on their relationship.

In the years since the divorce, Affleck has confirmed his addiction to alcohol was a contributing factor.

His own father had struggled with alcoholism to the point that Affleck's mother kicked him out, and he wound up enduring a period of homelessness. Affleck credited Garner with keeping him focused on his career and stable for more than a decade.

"What happened was that I started drinking more and more when my marriage was falling apart. This was 2015, 2016. My drinking, of course, created more marital problems. The biggest regret of my life is this divorce. Shame is really toxic. There is no positive byproduct of shame. It's just stewing in a toxic, hideous feeling of low self-worth and self-loathing."

Speaking further on his former marriage, Affleck sat down for an interview in 2021 with Howard Stern.

He said: "I was like, ‘I can't leave because of my kids, but I'm not happy, what do I do?' And what I did was [I] drank a bottle of scotch and fell asleep on the couch, which turned out not to be the solution."

Watch: Ben Affleck on his divorce from Jennifer Garner. Post continues below.

In the interview, Affleck also basically insinuated that his marriage was the root of his drinking problems...

He believes that if he was still with Garner, he would "probably still be drinking". Now that the actor is sober and divorced, he said that he's "not cured" but he has "not wanted to drink once".

Days later however following backlash, he did say his words were misinterpreted, and he never meant to disrespect Garner.

"I would never want my kids to think I would ever say a bad word about their mum," he said on Jimmy Kimmel Live!

As for Garner, she says she is in a much better place with Affleck today.

In 2016, a year after their separation, she said to Vanity Fair that she had "lost the dream of dancing with (her) husband at (her) daughter's wedding".

"He's the most brilliant person in any room, the most charismatic, the most generous. He's just a complicated guy. I always say, 'When his sun shines on you, you feel it.' But when the sun is shining elsewhere, it's cold. He can cast quite a shadow… It's not Ben's job to make me happy. The main thing is these kids – and we're completely in line with what we hope for them." 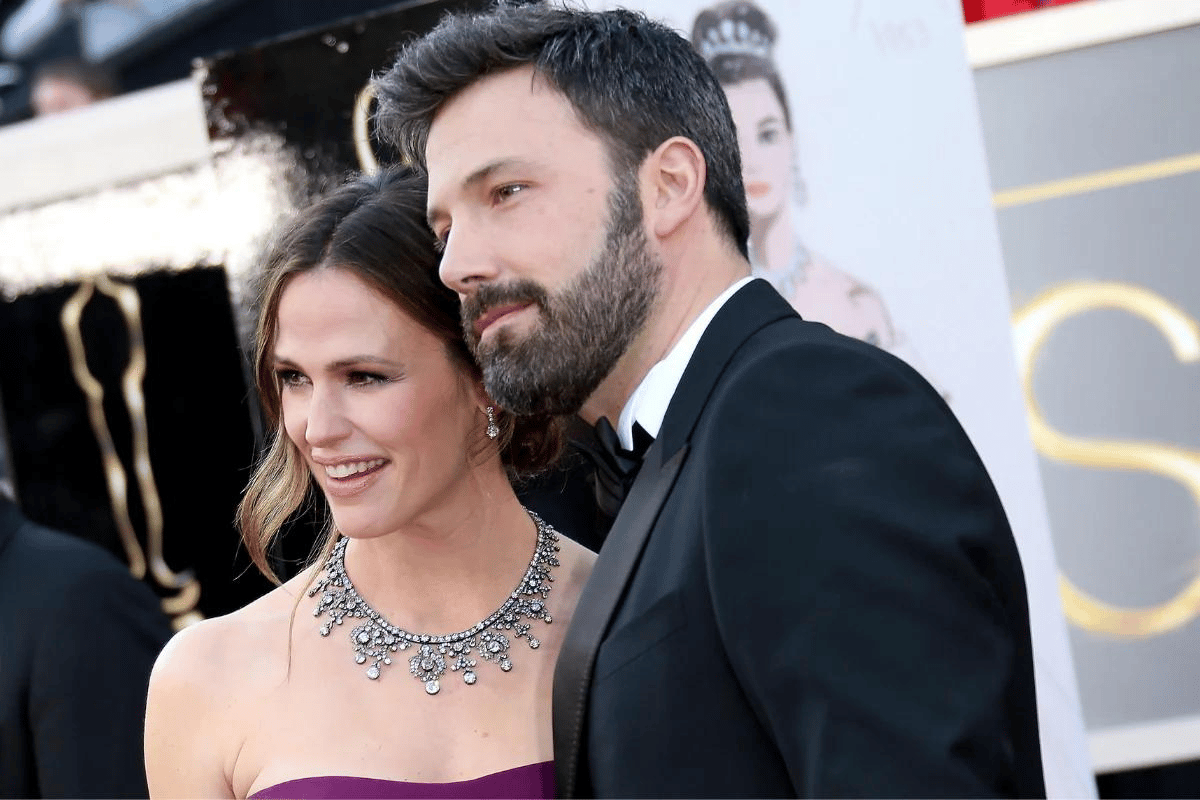 Garner and Affleck in 2013. Image: Getty. By 2021, Garner said their relationship has improved.

"When our kids get married, we'll dance, I know that now. We'll boogaloo and have a great time. I don't worry about that anymore," she said to The Hollywood Reporter.

Garner and Affleck have co-parented their three kids, Violet, 16, Seraphina, 13, and Samuel, 10, since their split.

"We are definitely a modern family," Garner said. "We're doing really well… He and I are great friends. We do our best. We try our best."