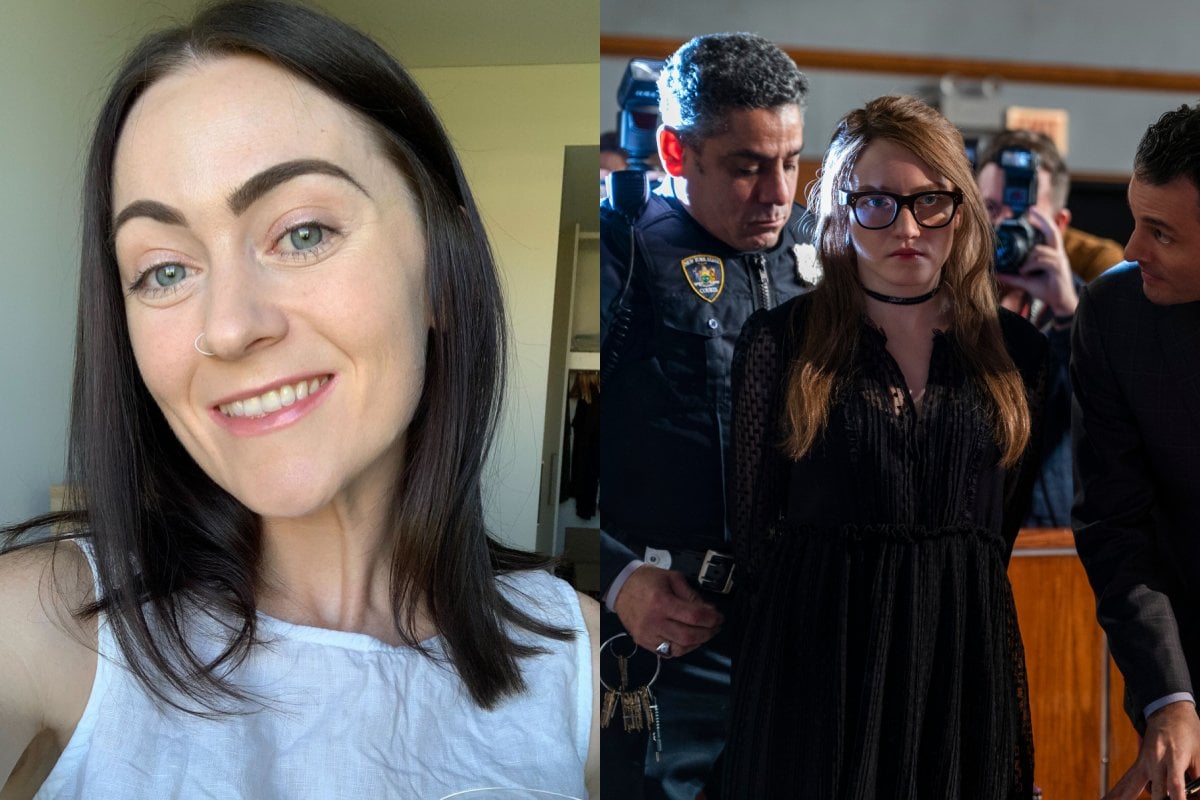 It is going to be a huge month for television.

In fact, a number of TV shows that I predict will become the most talked about of the entire year premiere in February, so get excited. There's the highly anticipated Pamela Anderson and Tommy Lee miniseries, Pam & Tommy, Will Smith's bold re-imagining of The Fresh Prince of Bel-Air on Stan, and Netflix's take on one of the most fascinating con artists of recent times, to name a few.

Yep. Told ya. You're going to want to set aside a fair bit of TV time this month... and given how tired we are (because it can't just be me, right?) that actually sounds perfect.

Keen? Here are the eight shows everyone will be watching in February. 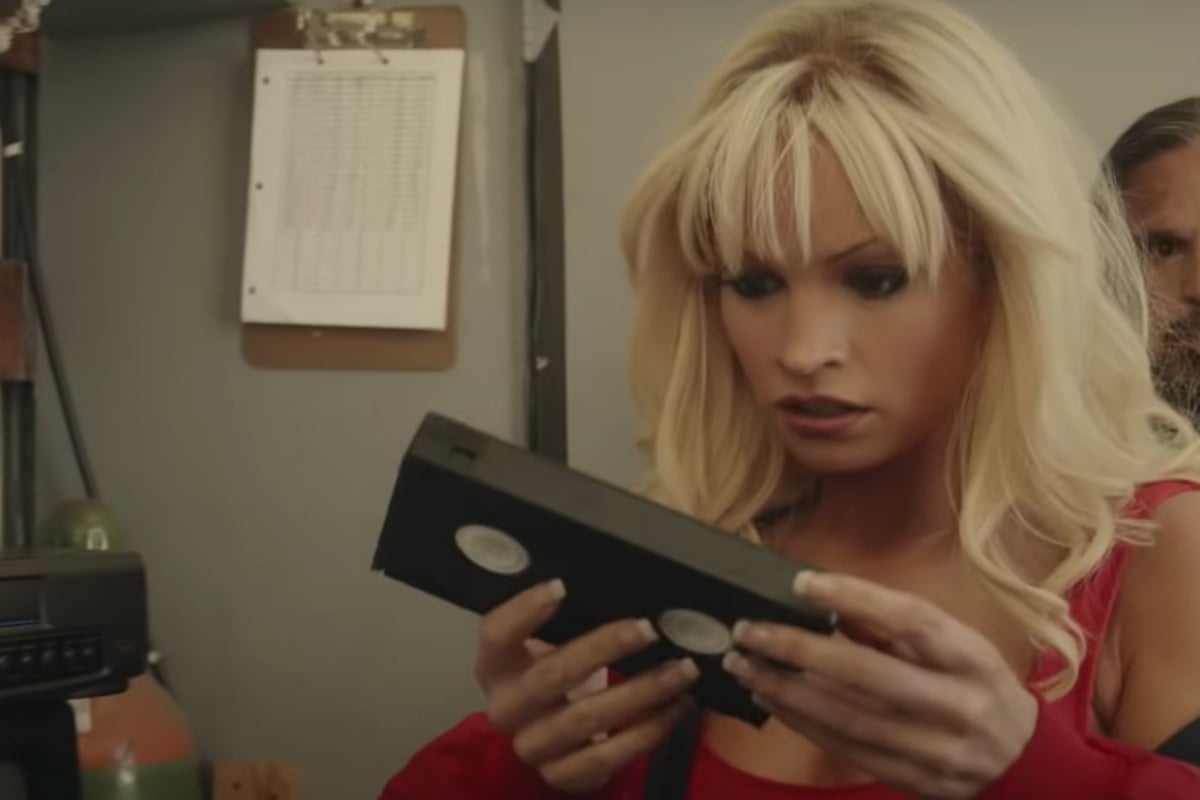 I find it personally insulting that the events of the 90s are considered long enough ago for the biographical miniseries treatment. How are the 90s not still just 10 years ago?

Among cash and guns, Rand finds a tape inside, which... well, documents the couple's now infamous honeymoon.

Pam & Tommy is as ridiculous and wild as you'd expect, with sex scenes galore and even... a talking penis, but it's also has a surprising amount of heart - mostly because of James' sweet portrayal of Pam.

This is the show no one will be able to stop talking about.

You can watch the first three episodes of Pam & Tommy on Disney+ now, with new episodes dropping weekly on Wednesdays. 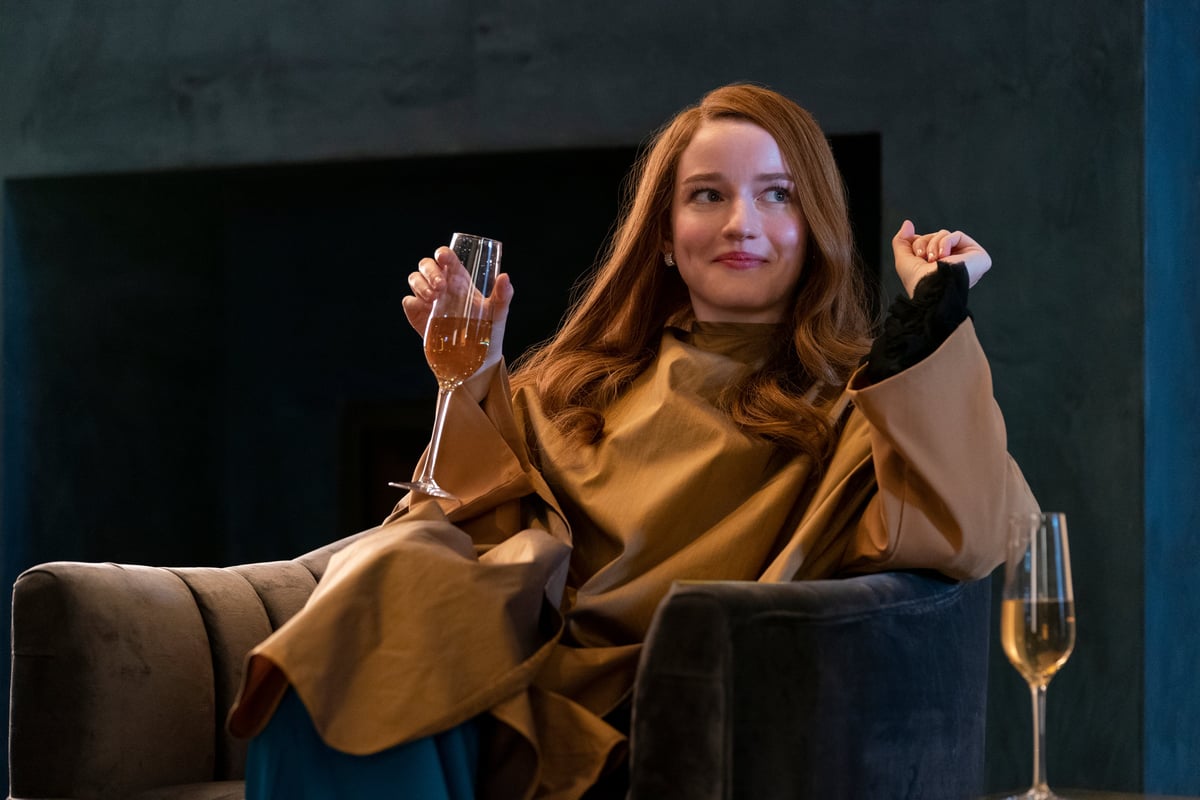 For four years, Delvey, as she was known by Manhattan's elite, had a life full of private jets, designer clothing and grand events. As a millionaire German heiress, she was readily invited into the 'who's who' of New York City.

Except... she wasn't actually a millionaire German heiress. And Anna Delvey didn't even exist.

Inventing Anna tells the story of Delvey, played by Ozark's Julia Garner, her web of deception, and the investigation by New York magazine journalist Jessica Pressler which ultimately led to her downfall.

If you were a fan of Rosamund Pike's I Care a Lot, JLo's 2020 film Hustlers, and just the general bonkery that is the Elizabeth Holmes story, you'll very much enjoy Inventing Anna. 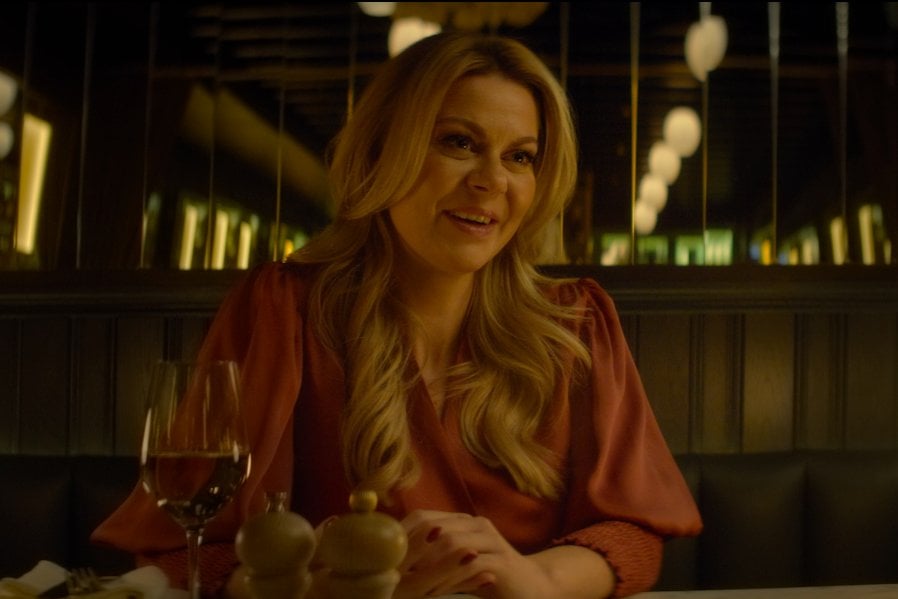 In January 2018, Simon Leviev flew Cecilie Fjellhøy from London to Bulgaria on a private jet for their first date. They had met on Tinder, and after learning Leviev was the son of a diamond oligarch, Fjellhøy agreed to the trip and began a whirlwind romance.

It took Fjellhøy months, hundreds of thousands of dollars and a kidnapping plot to figure out that everything he had ever told her was a life.

In Netflix's latest true crime documentary, Cecilie, and two other victims of Simon, share their stories of how the con man swindled them out of a fortune.

The Tinder Swindler is streaming now on Netflix. 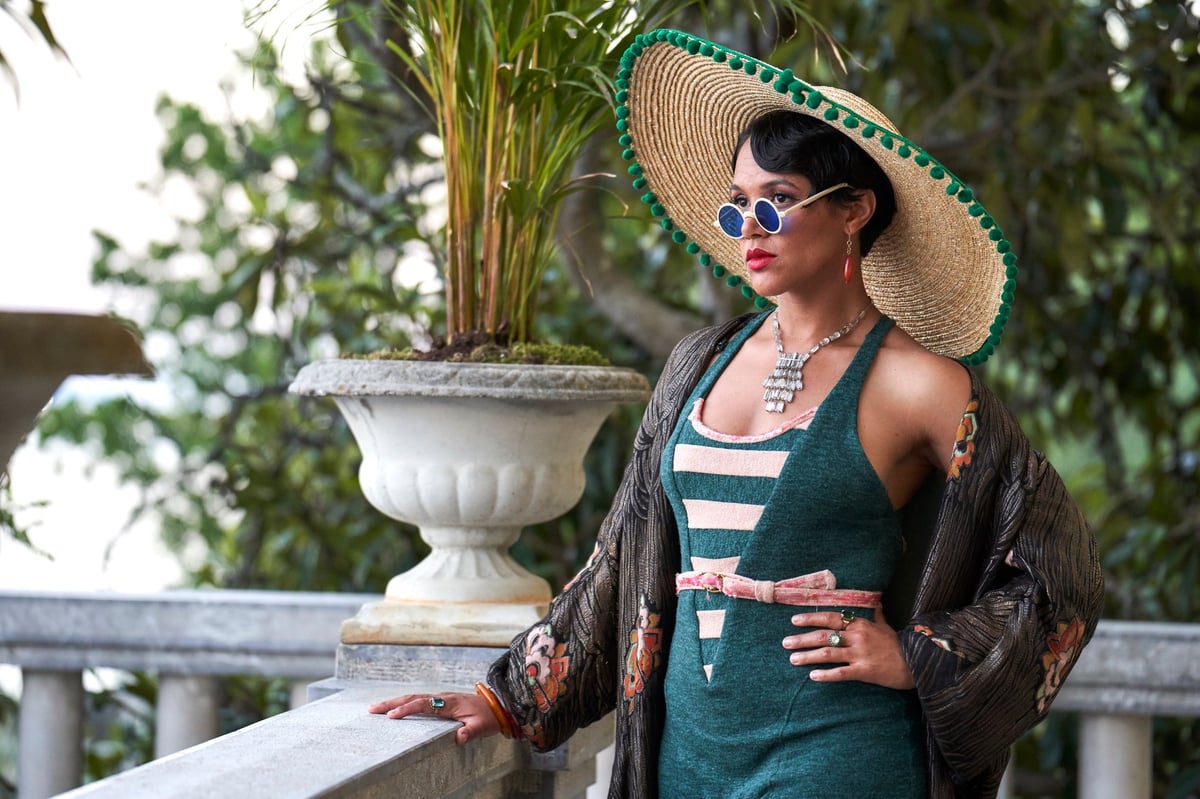 Think of Hotel Portofino as Downton Abbey meets The White Lotus, if either of those shows took place on the sunny Italian Riviera in the 1920s, post-war, and with the rise of fascism threatening to lead to another.

That is basically Hotel Portofino, a beautifully shot six-episode family drama about Bella Ainsworth (Natascha McElhone), the daughter of a wealthy industrialist who has moved to Italy to set up a quintessentially British hotel in the breathtakingly beautiful Portofino.

The series follows Bella, her troublesome husband Cecil (Mark Umbers), son Lucian and their influential hotel guests as they each deal with individual dramas, relationships and battles, alongside general themes of sexual and social liberation.

Hotel Portofino premieres February 8 On Demand on Foxtel and on Fox Showcase. 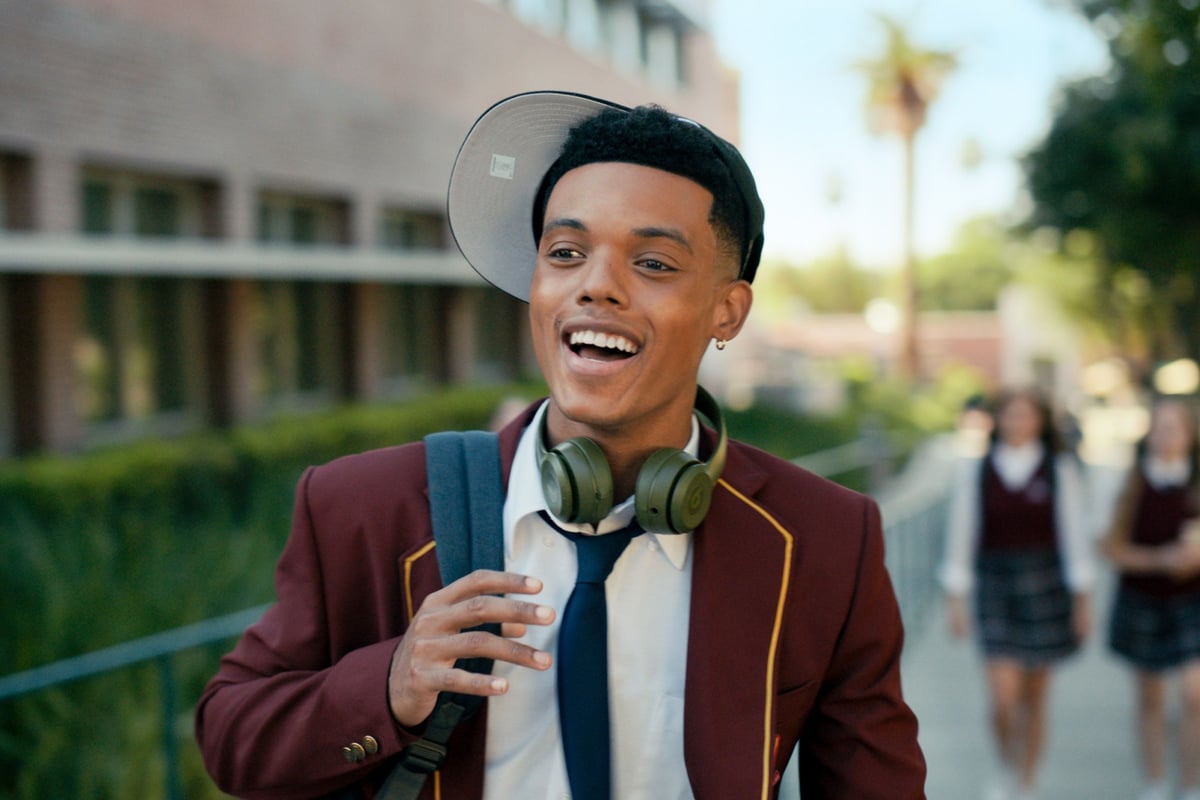 The Fresh Prince of Bel-Air is one of the greatest sitcoms of all time - but what if it wasn't a sitcom?

That's the premise of Bel-Air, a dramatic reboot telling the tale of Will Smith (the character, this time played by Jabari Banks) and his move from West Philadelphia to the gated mansions of Bel-Air.

Set in modern-day America, the one-hour drama series will feature less of Carlton's dancing and more grit, as Will reckons with the power of second chances while navigating the conflicts, biases and emotions that come from being thrust into an environment worlds away from the only other one he's ever known.

Oh, and yes, importantly: Will Smith (the actor) is very much involved in the project. He developed and executive produced the series.

The first three episodes of Bel-Air premiere February 14 on Stan.

The Girl Before, Binge. 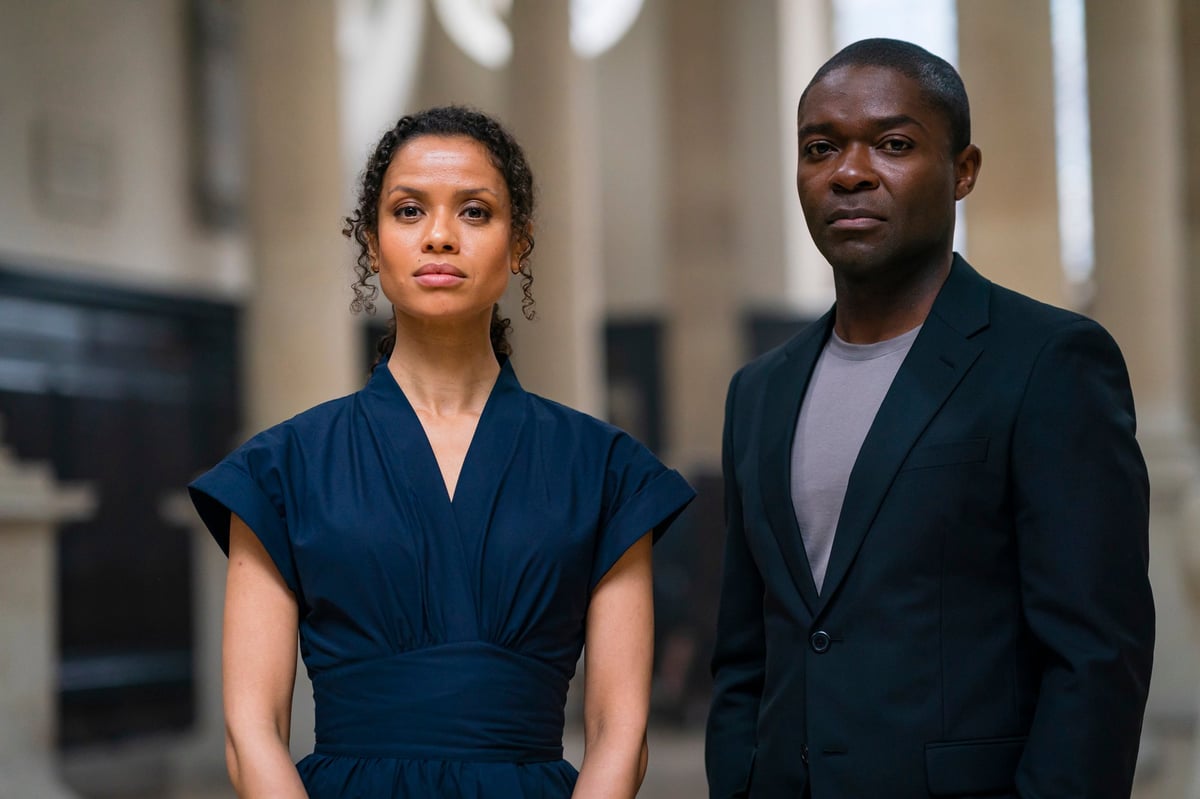 Is it really a solid month for television unless there's a dirty little thriller to sink your teeth into?

Based on the best-selling novel of the same name from author J.P. Delaney, The Girl Before is a four-part psychological thriller following two alternate timelines.

In one, Jane (Gugu Mbatha-Rawnd) becomes the lucky (or... not so lucky) new tenant of a beautiful, minimalist home. The rent is cheap, and the house is stunning but Jane soon learns there are some catches: first, she must abide by some very strict rules, and live alongside an electronic housekeeper system that gathers information on "the user experience".

In the other, couple Emma and Simon move into the home, but only one of them makes it out.

As the series progresses, the storylines intersect and Jane begins to worry that her fate will be the same as the girl before.

The Girl Before premieres on Binge on February 10. 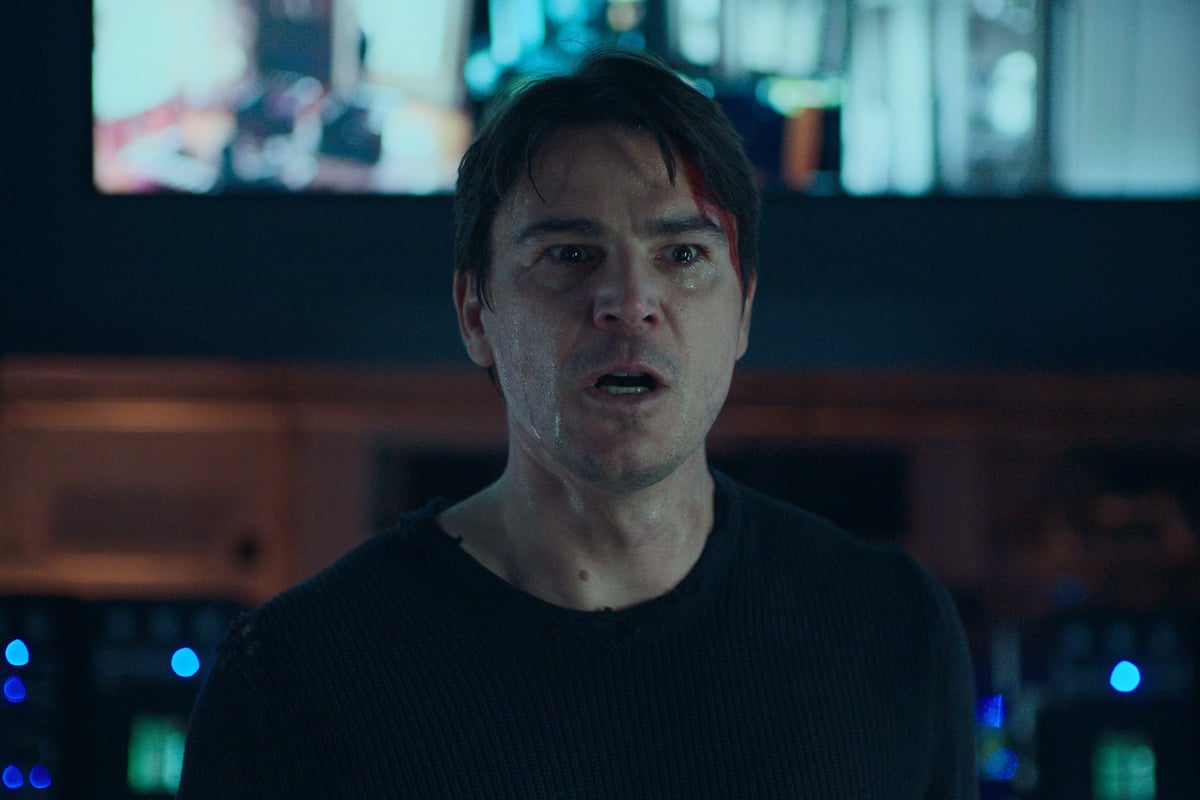 Have you ever wondered... what the heck happened to 90s heartthrob Josh Hartnett? Because same.

Well, he's back in this thriller as Dr Alex Hoffman, a computer scientist and genius who is about to launch an AI system that can basically game stock markets, guaranteeing billions.

But unfortunately for Hoffman, what follows is the worst 24 hours of his life, involving death, secrets from his past and an artificial intelligence storyline that will probably make you want to throw your phone in the bin.

As everything crumbles, everyone around Alex begins to question if he's simply lost his damn mind.

The Fear Index premieres on Stan on February 11. 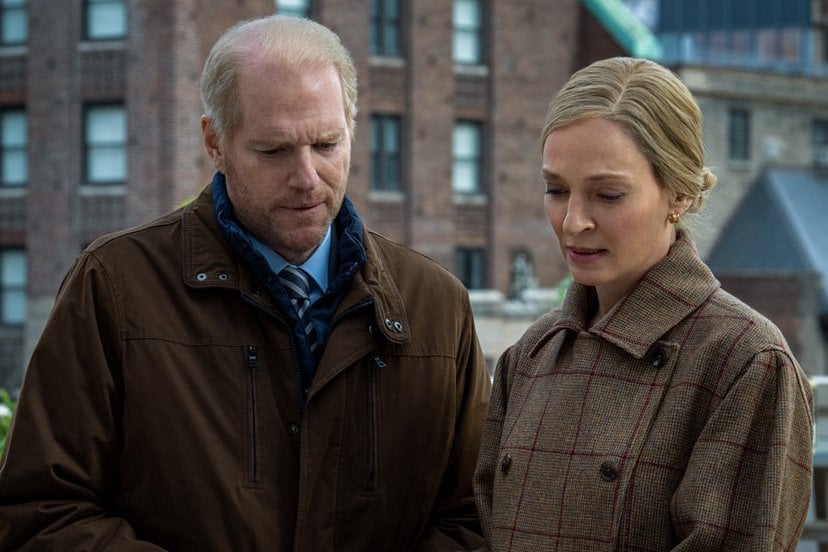 In Suspicion, Uma Thurman plays a prominent US media mogul, which is more than enough to get me interested.

The supporting cast is full of familiar faces too, including The Big Bang Theory's Kunal Nayyar and It's A Sin's Lydia West.

Based on an Israeli thriller called False Flag, the story follows Thurman's character Katherine Newman's quest to uncover who has abducted her son Leo from a New York City hotel room.

The cat-and-mouse game goes international when a group of ordinary Brits are plucked from their lives by the FBI and informed that they are main suspects in the crime. They must race against time to prove their innocence, but along the way they realise that not everybody can be trusted.

Reply
Upvote
Re my comment of the show to avoid (The Woman in the House Across the Street From the Girl in the Window): yes I did try to watch it with an open mind. Satire is fine, when it's done without contempt. But I simply couldn't finish the series; it was just sooooo stupidly mean-spirited. Not only about the genre it purports to parody but about the genre's audience.
H
higgledypiggledy 6 months ago

Reply
Upvote
And here's one to avoid: "The Woman in the House Across the Street from the Girl in the Window". Not only shameless, but shameful. The sorts of movies (based on books of the same titles) this series purports to parody -e.g. The Girl on the Train, The Woman in the Window -resonate with lots of women for very good reasons, like: women of or over a certain age being deemed invisible, pitiful, fanciful, overly fond of a tipple, catastrophising. Whether or not this sort of genre is your thing, women really do experience the sense of loss & isolation & grief these stories examine so well; no wonder some of us reach for those wine bottles. To mock such experiences -& their often resulting alcoholism- in such a ridiculous format (as The Woman in the House Across the Street blah blah) isn't funny or clever or imaginative: it's just plain mean. Dismissive. Parochial. Patronising. Contemptuous. Parody is meant to stop before it hits the line of outright mockery: The Woman in the House Across the blah blah has failed as satire & just made me really disappointed & cranky that anyone felt it was necessary or amusing to make this rubbish show.
Resources
Very Peri
News
General
Opinion
True Crime
Politics
Sport
Explainer
Entertainment
Celebrity
Reality TV
Movies
TV
Books
Rogue
Royal
Lifestyle
Beauty
Fashion
Weddings
Home
Wellness
Health
Fitness
Travel
Food
Family
Before The Bump
Pregnancy
Baby
Kids
Teens
School
Parent Opinion
Work & Money
Money
Finance
Career
Lady Startup