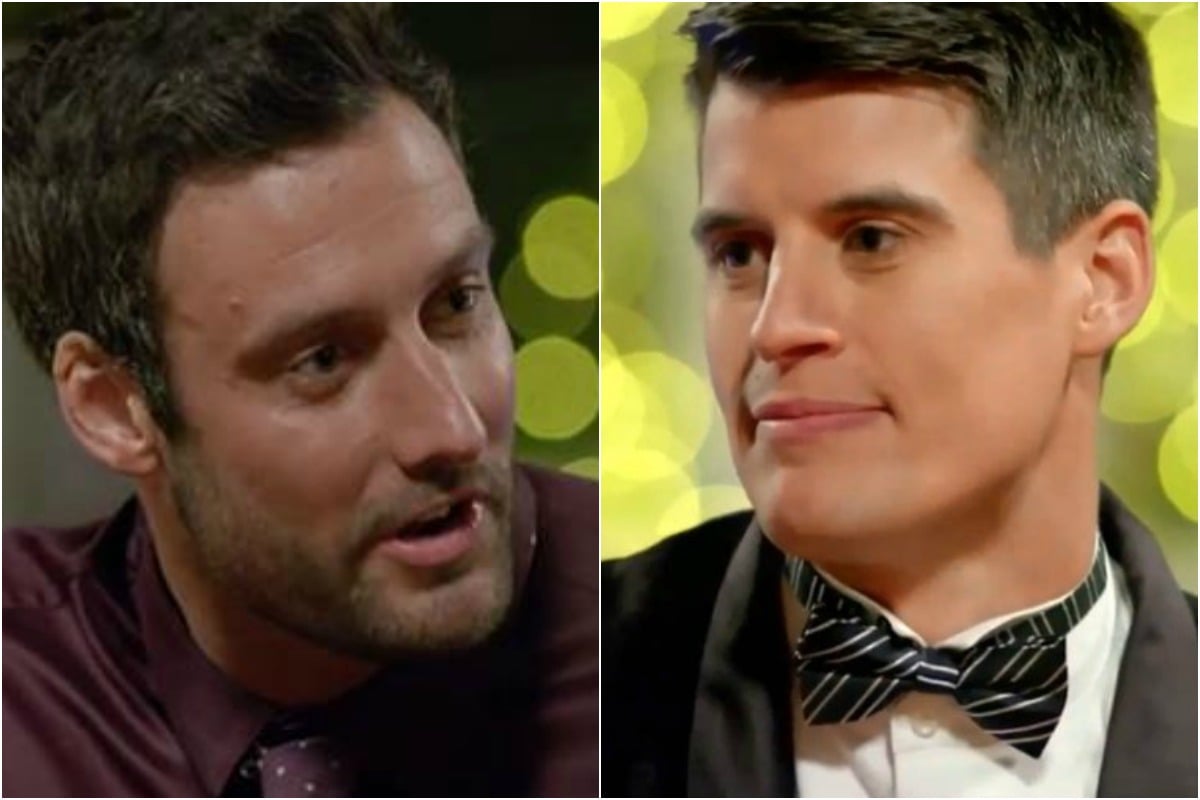 Like everyone else in Australia, all Ali wants to do right now is punch Charlie in the face.

She’s realised that he’s spent the last four weeks yelling and pointing at the f*ckin’ door, and that the windows probably feel a bit left out.

Ali decides the only way to even the score for the windows is to do a bit of a punch of Charlie.

She makes him meet her at a boxing ring and does a lil' bash of him. Then they do this thing called crossfit which sounds and looks terrifying and she gives him a rose.

It makes zero sense but there be slim pickins' in this goddamn mansion, and she promised Osher she wouldn't let him down, not like that small member of the weasel family who shan't be named.

Charlie rushes back to the mansion to show his shiny new rose to his door friends.

We unpack Ali's latest week in the mansion on our Bach Chat podcast. Post continues after audio...

It's group date time and he's created an apocalyptic obstacle course so the men can prove they can protect Ali in the event of a zombie invasion.

It becomes immediately clear that Ali would die as soon as a large cloud passed over the sun. Osher makes the boiz get into pairs and explains the aim of the game is for them to get as many "survival items" into their nest as they can. He says they can steal items from each other's nests and that no rules apply in the apocalypse.

Despite there being no f*ckin' doors in the apocalypse, Charlie and Bill immediately start doing a steal of each other's items.

It turns into an all in brawl and Paddy starts throwin' punches, like he's had one too many vodka and red bulls.

Osher has to do a yell and we can see that he is sad in his soul.

There be grunting and heaving and even some shirt ripping.

At the end of the game, Charlie and Paddy have the lowest number of items and they're eliminated. They head back to the mansion to point at doors and call things "FIT".

As a "special treat" the rest of the boiz get to have a sleepover with Ali in the mansion. Which doesn't seem that special since they BEEN LIVIN' THERE FOR FOUR WEEKS.

Halfway through said sleepover, Taite asks Ali to go for chat and they do a lil' snuggle. A very judge-y alpaca watches from the bushes.

It's cocktail party time and Charlie's got some pointin' to do.

He tells the boiz that Bill might not return from the "Moroccan lounge" but if he does, he will be forever altered by its mystic ways.

When Bill returns - unchanged - Charlie is convinced he must be hiding something.

After many close ups of Paddy thinking about the fit alpacas out in the yard, Ali decides to send him home along with Stu Laundy.