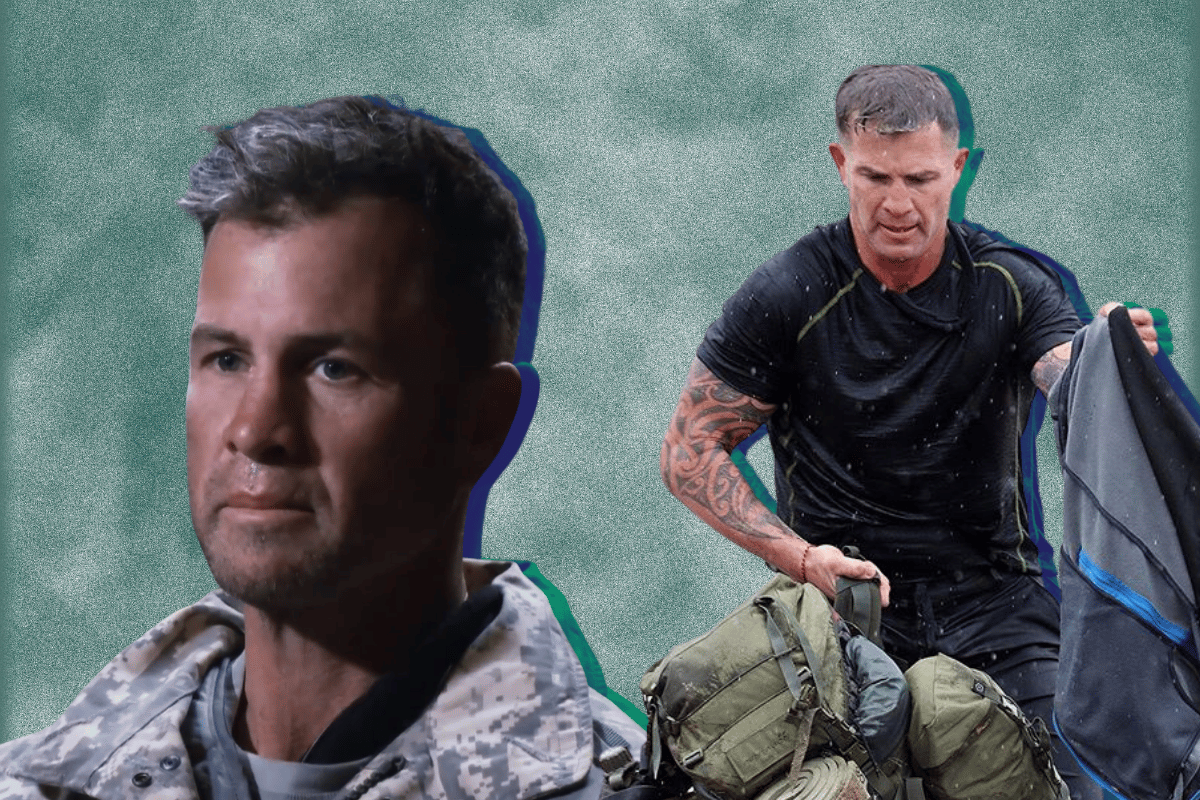 For about a decade, Shannan Ponton was a familiar face on Australian TV.

The 46-year-old quickly became a household name after his stint on The Biggest Loser, where he worked as a personal trainer between 2007 and 2017.

Now, he's back on our screens as a part of Channel Seven's very intense new reality show, SAS Australia, where he's taking on SAS training under the direction of a team of angry British ex-Special Forces soldiers.

"This was the toughest test of my life," Shannan wrote on Instagram in the lead up to the show.

"100% unscripted reality tv. Not one retake or production crew to check in. We were totally isolated. I did find out how far I could go. No question! Not much food, not much sleep, but plenty of energy and support from most of the recruits."

Watch the trailer for SAS Australia below. Post continues after video.

But behind the scenes, the father-of-three has gone through his own challenges.

After having a personal brush with melanoma in 2010, Shannan recently opened up about his son’s bone cancer diagnosis, which his wife found out about when he was getting ready to film SAS Australia.

From his career to his family life, here's everything we know about Shannan Ponton.

His time on The Biggest Loser.

Australia first met Shannan on season two of The Biggest Loser back in 2007 when he joined the show as a personal trainer alongside Michelle Bridges and Steve 'Commando' Willis.

From the outside, the three trainers appeared to work well together on the show. However, tension clearly rose during the 2015 season of TBL Families when couple Michelle and Commando were accused of forming an alliance together.

During one episode, Shannan called out their relationship and claimed the pair were working together against his blue team and Tiffany's Hall white team.

"You guys are driving to and from work together in a car, you’re not going to sit there and go, 'Oh sorry babe, my team voted you out today'," he said.

Michelle denied the alliance and instead accused the blue and white team of working together.

"You two are in a relationship and I’m over the smoke and mirrors ... You’ve got a partner, you would never vote your partner out."

"There’s no doubt that the alliance emerged from the relationship that exists between Commando and Michelle," he later said on the show.

Shannan later defended his comments during an interview with the Daily Telegraph and confirmed they weren't edited on the show.

"It wasn’t contrived or edited at all. [What you saw on screen] was a fair representation to get my message across," Shannan told the publication.

"I stand behind it, a hundred per cent. They’re a couple!"

After the season ended, the show was picked up again in 2017. But this time Michelle, Commando and Tiffany didn’t return. Instead, Shannan worked alongside new trainer Libby Babet before the show was later axed.

His family life and melanoma scare.

Shannan tied the knot to his wife Kylie Stray in 2010 and the pair went on to have three children together, Max, Mila and Bronx.

In April this year, the couple celebrated their 10 year wedding anniversary.

“Happy tenth anniversary to our captain. In a crystal ball ten years ago I could of only wished to have what we have together now,” Shannan wrote on Instagram alongside a photo of him and Kylie.

“Love you and all you’ve given me.”

Happy tenth anniversary to our captain. In a crystal ball ten years ago I could of only wished to have what we have together now. Love you and all you’ve given me. Whoop xx

2010 was also the year Shannan had a brush with melanoma.

At the time the couple were on a holiday in Bali when Kylie noticed an unusual mole on Shannan’s leg.

"Kylie noticed a mole at the top of my right leg, just under the crease of my bum, which she thought looked bad," he told New Idea in 2017.

"I didn’t give it a second thought but she called my dad and got him to make me an appointment the day we landed."

"The doctor didn’t downplay it. He said it was serious, but I was very lucky. The melanoma was 0.6mm deep. If it gets to 1mm it can be in your blood and you’re in all sorts of trouble," he said.

Shannan told the publication that he had a 15cm area cut away to remove tissue around the mole.

"Kylie saved my bacon. If she hadn’t spotted it I’m not sure I would… and things could have been very different."

In September, the 46-year-old appeared on the All New Monty: Guys & Gals to raise awareness for men’s health.

The father of three is also an ambassador for cancer charity, Canteen.

After 13 years I’m stoked to still be an ambassador for @canteen_aus. In this crazy year, kids and teens are still falling sick with cancer. They need support. Tomorrow is our biggest fund raising day of the year #BandannaDay. Please do what you can, if you can.

Unfortunately, Shannan’s melanoma diagnosis wasn’t the only health scare in his family.

Speaking to Nova’s Fitzy and Wippa earlier this month, Shannan recalled how he found out his youngest son, Bronx, had a bone tumour.

"Mate, I found out later while I was away, on the morning I was driving down to film SAS, my wife found out my youngest son had a bone tumour,” he explained.

"I was in the car – it makes my blood cold – on the way down and my wife didn’t let on she held it herself, I never knew she had such fortitude. If she had of told me I would’ve turned around and driven home."

When asked whether his son was alright now, Shannan responded, "Thank you so much for asking boys, he’s on a 'watch and act' at the moment, he has to have a repeat X-ray in eight weeks. As it stands at the moment he’s okay".

His appearance on SAS Australia and feud with Firass Dirani.

Shannan has been making headlines over his clash with fellow SAS Australia contestant Firass Dirani.

Firass hasn't exactly earned himself the best reputation on the show. The Underbelly and House Husbands star has found himself in trouble for talking out of line and his behavior even led himself and the other recruits to get punished.

In recent episodes, Shannan and comedian Merrick Watts have called out Firass for his behaviour.

"Firass, seriously, shut the f**k up," Shannan said on the show.

Shannan later spoke to news.com.au about the actor's behaviour.

"I honestly believe that he’s a sociopath in his behaviour," he said.

"Time and time again, we said, 'Listen mate, you’ve got to stop this behaviour.' And he said, 'What behaviour?'."

Although the other recruits repeatedly asked for an apology, Shannan claimed that Firass never apologised for his actions.

"Even at the end, he never assumed responsibility for what he’d done."

Firass later responded to Shannan's comments in an interview with the Daily Mail, labelling his fellow recruit a "redneck".

"I find it strange where this vile aggressive labelling behaviour is coming from? I suspect there's more prejudice against me than I imagined," Firass told the publication.

"Feels like a redneck to me. Him and his followers. That's called a line in the sand." 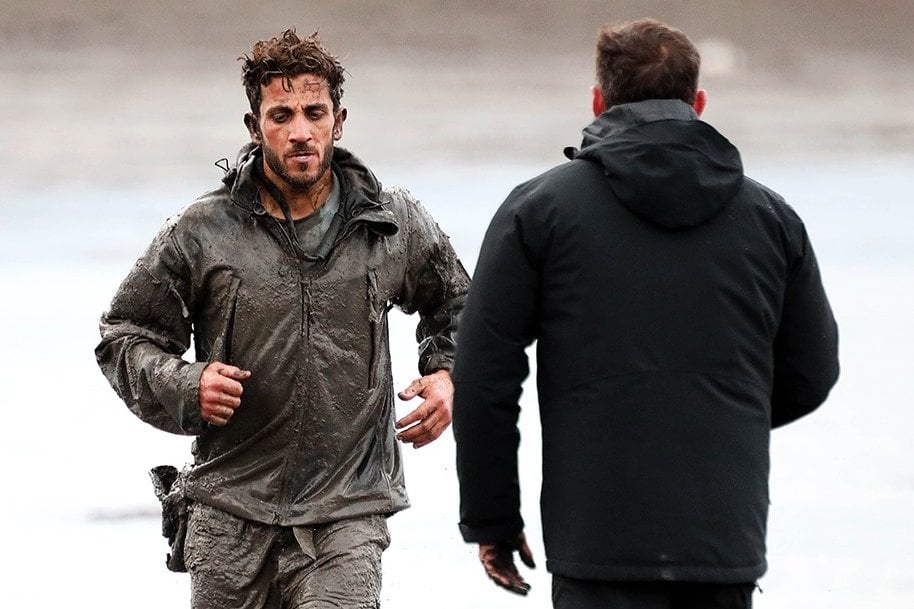 Aside from his feud with Firass, Shannan also suffered physical injuries on SAS Australia.

"This was the most confronting day on the entire process for me," he later told The Morning Show.

"I got hypothermia coming out of Lake Jindabyne again - as I was walking uphill, everything went a psychedelic green and then you just black out.

"I totally and utterly lost my memory - my body core temperature was at 34 degrees, and everyone knows you should be at 36.7 degrees.

"They had to rip the clothes off me and put warm clothes on."

Shannan also suffered frostbite on the tops of his fingers.

"They throbbed all night. You wake up in the morning and there’s blood running out of your fingers," he told the publication.

After the episode, Shannan shared a post on Instagram explaining that he still has no memory of what happened.

"Hypothermia was brutal. Walking up the hill things went psychedelic. Then absolutely blank. Still no memory now. It’s like watching for the first time. At least we completed the task. Having the kids in my thoughts got me through," he wrote.

In another post, Shannan shared photos of what his body looked like after his time on the show.

"This is me directly out of the course 74 kg. The lightest I’ve been as an adult. Next time I’d go in with a bit more meat," he wrote.

"Being lean predisposed me to hypothermia, my body core temp had plunged to 34.0 degrees. The scariest part was having to go back into freezing water the next morning, the only time I was truly nervous on course."

Thank for all your kind words and thoughts. It took about 48 hrs to warm up from hypothermia. This is me directly out of the course 74 kg. The lightest I’ve been as an adult. Next time I’d go in with a bit more meat. Being lean predisposed me to hypothermia,my body core temp had plunged to 34.0 degrees. The scariest part was having to go back into freezing water the next morning, the only time I was truely nervous on course. The interrogation did surprise me, I didn’t quit and our team won. If I had of stopped It would of been easier to cop. @sasaust7 @asicsaustralia @compex.anz @ayers.and.co @eatbcm