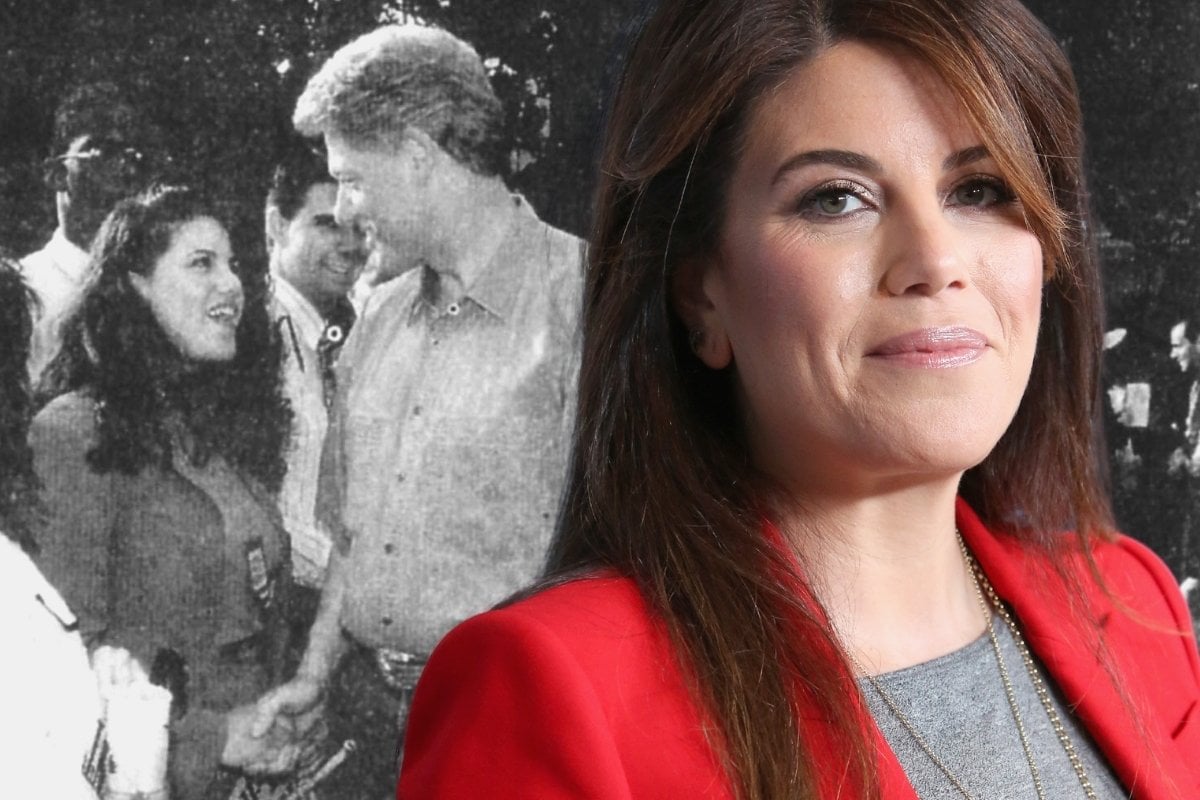 Somewhere around the advent of tabloid media, the press became not just about the dissemination of information but the commodification of shame.

Glossy magazines crowing about high-profile scandals. Paparazzi stalking celebrities with long lenses, waiting to snap them at their worst.

Then came the internet and analytics, when the very value of a person's humiliation could be indexed to advertising dollars in real-time. With comment functions, media articles became not communication but conversation, inviting the masses to participate in the media rather than just consume it.

The next step, of course, was MySpace, Facebook and Twitter, at which point the audience became the news gatherers, the influencers and conversation drivers.

It was in the brief and volatile moment between those last two phases that the world learned the name Monica Lewinsky.

In January 1998, news broke that an independent investigation into the conduct of the Bill Clinton administration uncovered that the President had engaged in an affair with Lewinsky in 1995/6 while she was a 22-year-old White House intern.

Linda Tripp, a friend of Lewinsky's who worked alongside her at the Pentagon's public affairs office, had tipped off investigators after Lewinsky confided in her about falling for and having a sexual relationship with her former boss.

'Interngate', as it was then dubbed, was among the first news major stories to be scooped by digital media while the ink was still drying on the pages of traditional press outlets. And there, online, it flourished.

"Overnight, I went from being a completely private figure to a publicly humiliated one, worldwide," Lewinsky said in her 2015 TedTalk. "I was patient zero of losing a personal reputation on a global scale almost instantaneously."

The term is now shorthand for a mass condemnation of a person who's committed a perceived or actual offence.

Today, it plays out mostly on social media, where the threshold for a boycott or pile-on is becoming increasingly flexible; from a years-old tweet that's been dug up for criticism, to critical revelations about criminal behaviour like those seen during the #metoo movement.

But in the late '90s, trial by internet was in its infancy, and Lewinsky proved to be a solid test case.

There were countless articles and forum posts written about her — few with empathy. She was labelled a "slut", "bimbo", "home-wrecker", "portly pepper pot", and famously by the President himself "that woman". There were fixations on her performing oral sex on President Clinton, although their relationship was, in her words, "mutual". Then there's the fact that the scandal would become a single chapter in his legacy, but the entire narrative of hers.