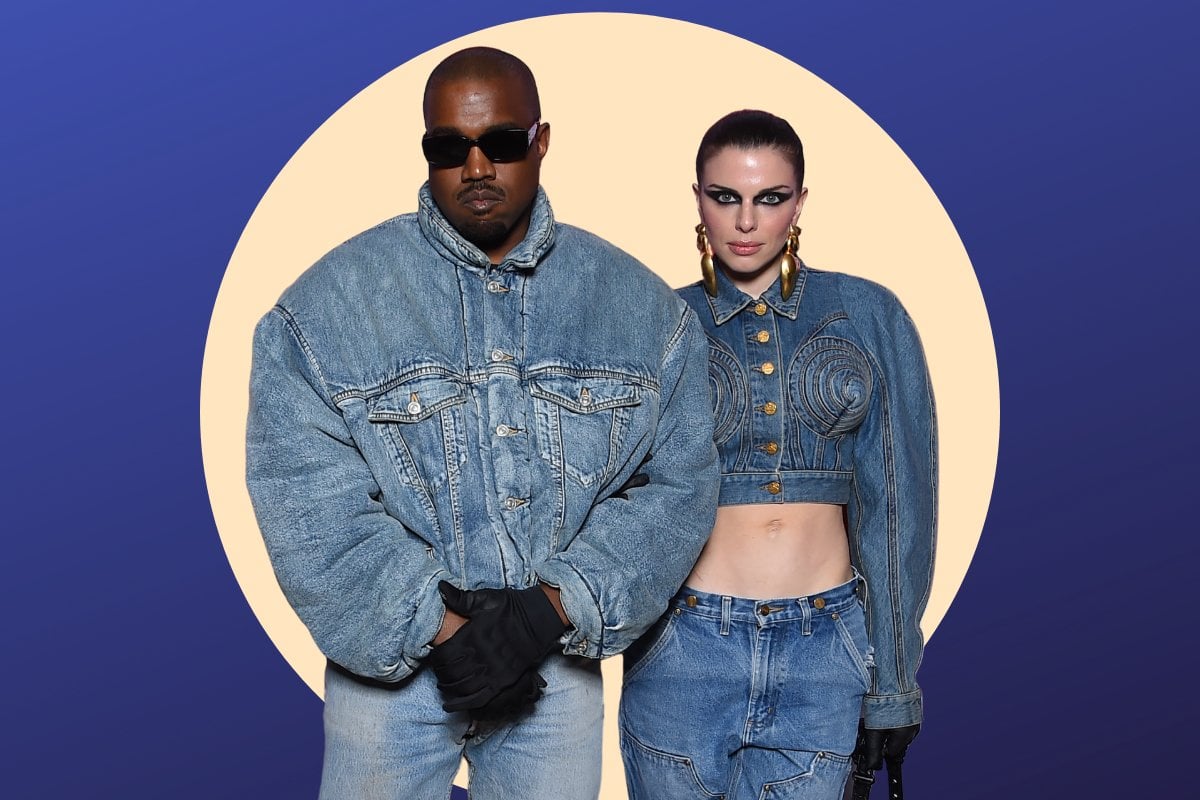 This post deals with domestic and sexual violence and could be triggering for some readers.

Up until a few days ago, Julia Fox was harmless.

The actor and mother-of-one was living her best life after her short-lived romance with Kanye West, masterfully navigating the instant fame the association garnered. Suddenly we all knew who Julia Fox was. The internet exploded with "How to wear eyeliner like Julia Fox", "Julia Fox and her low-rise jeans", "Why Julia Fox lay on top of piles of garbage," and, of course, there is the hilariously meme-able moment where she proclaimed herself as film director Josh Safdie's muse in "Unca Jams" aka Uncut Gems.

In a way, many of us admired her for turning her moment in the spotlight into workable currency, especially as a single mother. A woman's got to do what a woman's got to do, right? No harm, no foul.

But then she said something very, very harmful.

When a TMZ reporter asked Fox a few days ago whether she thought West's ex Kim Kardashian and new partner Pete Davidson should be worried about their safety given West's disturbing online behaviour, she was adamant he was "harmless".

"I just think that's his artistic, creative expression," Fox said. "I know it's aggressive but I really don't... I think if it really came down to it, I don't think Kanye would hurt a fly."

There are so many things wrong with this statement that it's hard to know where to start.

Firstly, there is the fact that Fox has known West for all of 2.5 seconds and yet purports to know exactly what his intent is.

Secondly, even if she had known him all her life, it still wouldn't matter. The fact is that abusers don't look a certain way - anyone can be an abuser. He's young, old, rich, poor, famous, not famous. He's someone's father, son, brother, uncle, and husband.

Thirdly, despite his bi-polar disorder diagnosis, West's current behaviour cannot be construed as anything other than threatening and harassment. The list of things that he has done since he and Kardashian separated is too long to mention but in summary he has: sent a truckload of flowers to her home, continuously said it's God's will for them to be together, made a video showing him burying Davidson alive, released private messages to the public (including those pertaining to his children), made racial slurs against TV presenter Trevor Noah who had the audacity to defend Kardashian, and even worried the organisers of the Grammys so much that he has now been banned from performing.