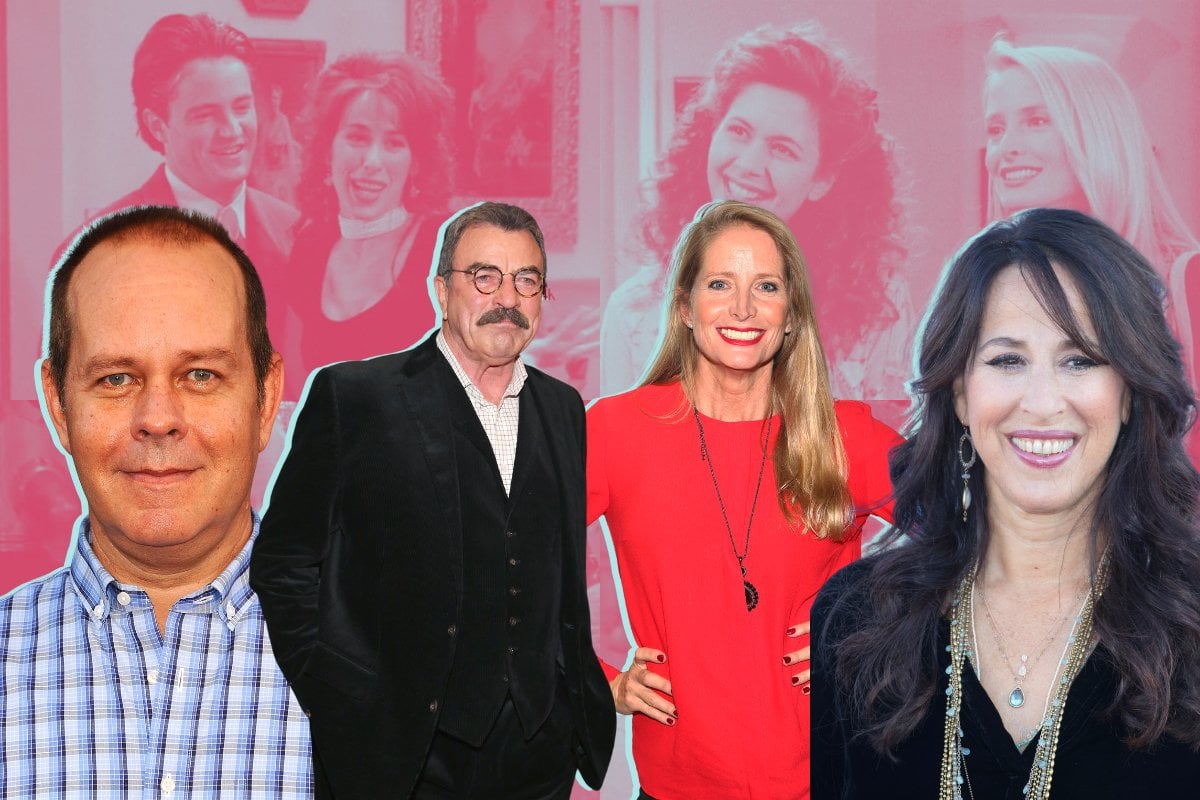 As with the show itself, the main characters of Friends have become iconic members of pop culture history.

But along with the six friends, there have been plenty of iconic and important guest and recurring stars. I mean, what is Friends without Gunther?

Over its 10-year run, the show featured major stars like Brad Pitt and Reese Witherspoon, and made fan favourites of recurring characters like Janice and Mike.

We caught up with Chandler, Joey, Monica, Phoebe, Rachel and Ross during May 2021's Friends reunion, which got us thinking. Here's what the actors behind some of the show's most memorable side characters have been up to for the past 20+ years. 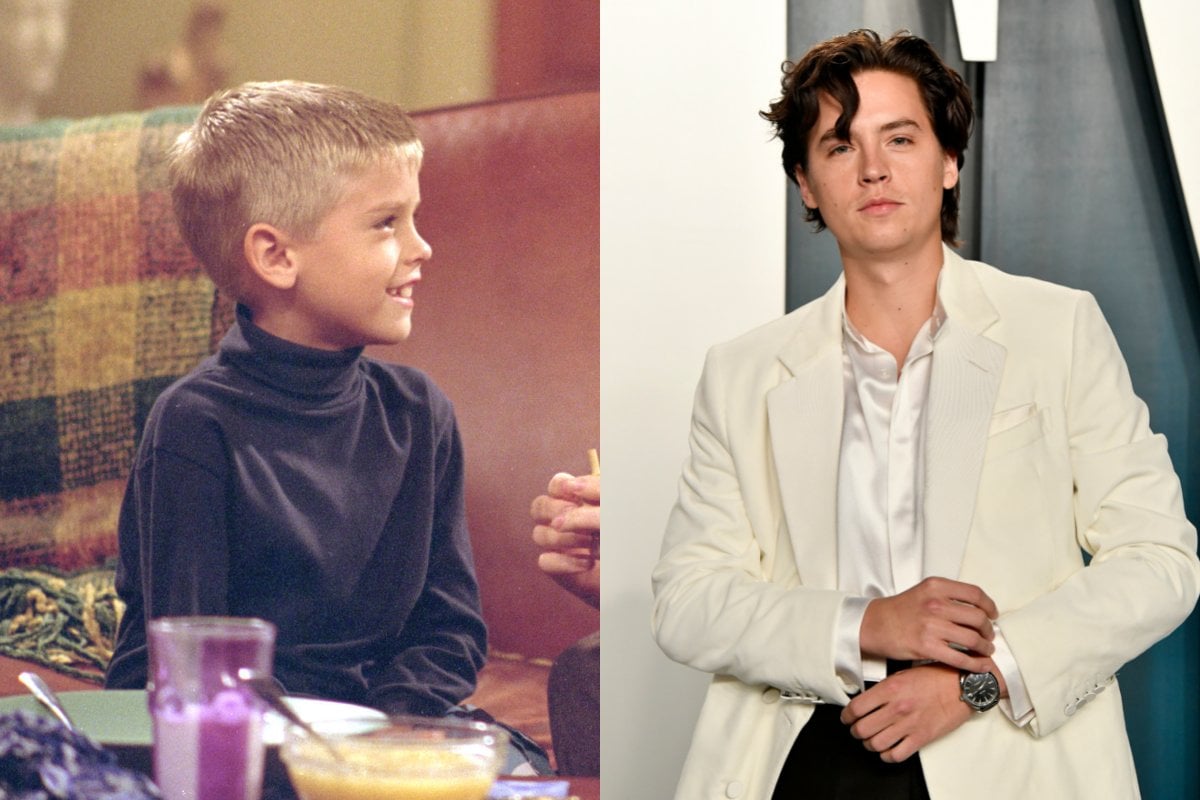 Technically, a number of child actors played Ross and Carol's son Ben, but the most recognisable is Cole Sprouse from season six to eight.

Sprouse grew up to be a full-blown Disney star alongside his twin brother Dylan, starring in The Suite Life With Zack & Cody and The Suite Life on Deck.

Though he already had a successful acting career, Sprouse studied archaeology at university and graduated in 2015.

He worked briefly in the field of archaeology, participating in excavations and performing lab work. Okay, it's not quite paleontology, but how proud would Ross be?

In 2019, he starred as a lead in Five Feet Apart, playing a cystic fibrosis patient who falls in love with a girl with the same disease. It was his second lead role in a major film and came 20 years after his first, in Big Daddy. 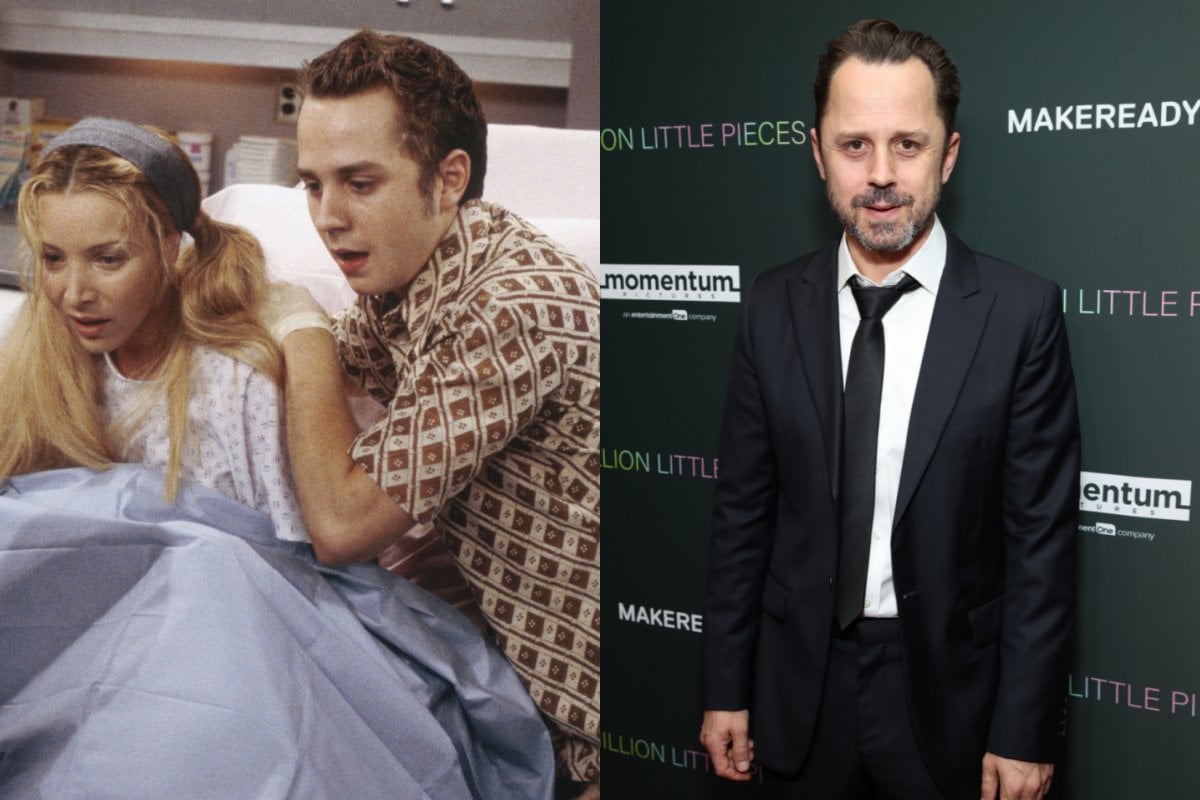 He's had a steady career ever since, appearing in Saving Private Ryan, Avatar, A Million Ways to Die in the West and Ted. He also played the main character in Sneaky Pete and was nominated for a Primetime Emmy for his guest role on My Name is Earl.

He was married to English model Agyness Deyn between 2012-2015. In 2018, he announced the birth of his fraternal twins, Enzo and Maude, with girlfriend Emily Ward.

Ribisi, his twin sister and his mother are all Scientologists. 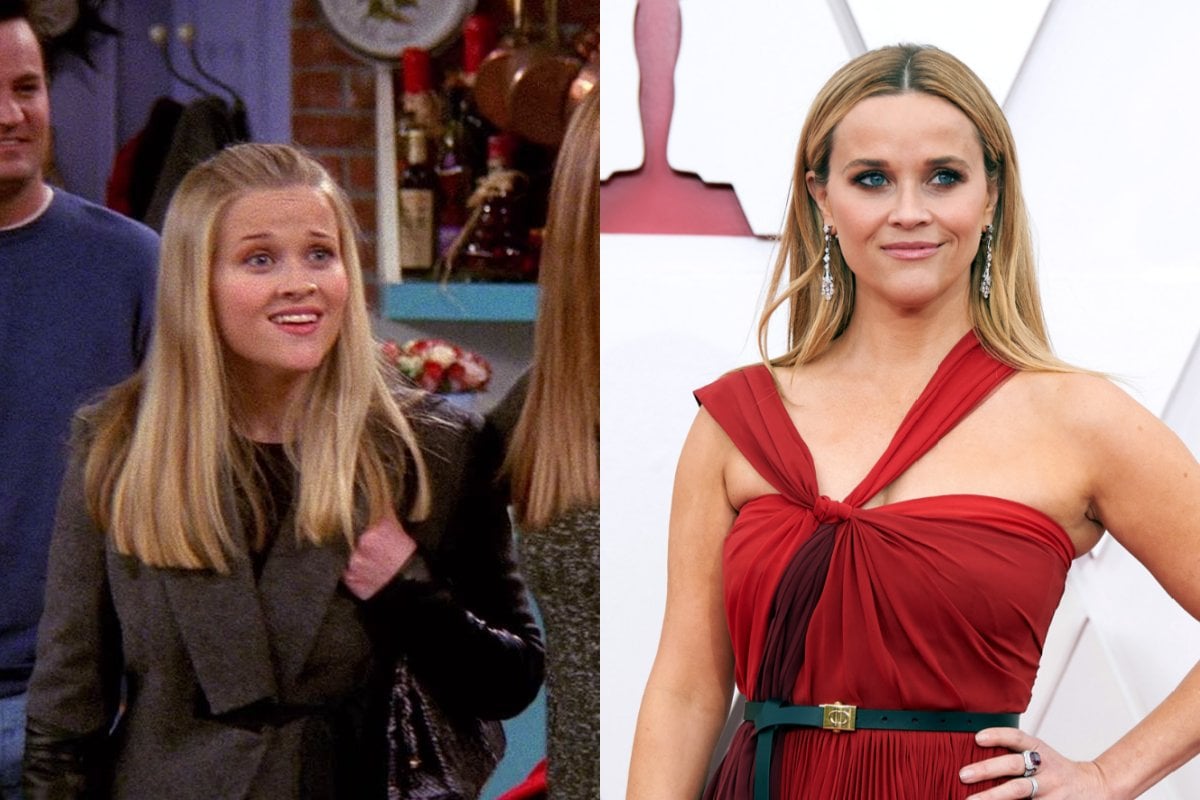 You know what; I don't know how much information you need on this one.

Reese Witherspoon has been absolutely fine since her guest role as Rachel's youngest sister, Jill.

Obviously, Witherspoon has had a huge career as an actor, producer and co-founder of media company Hello Sunshine, but her time on Friends was shorter than it could've been.

Turns out, she was just too terrified to perform in front of a live studio audience.

"[Jennifer Aniston] was so sweet to me. I was really nervous, and she was like, 'Oh, my gosh, don't worry about it!' I marvelled at her ability to perform in front of a live audience like that with no nerves," she told Harpers Bazaar in 2019.

Since 2019, these two Greene sisters have reunited to star in Apple TV's The Morning Show. 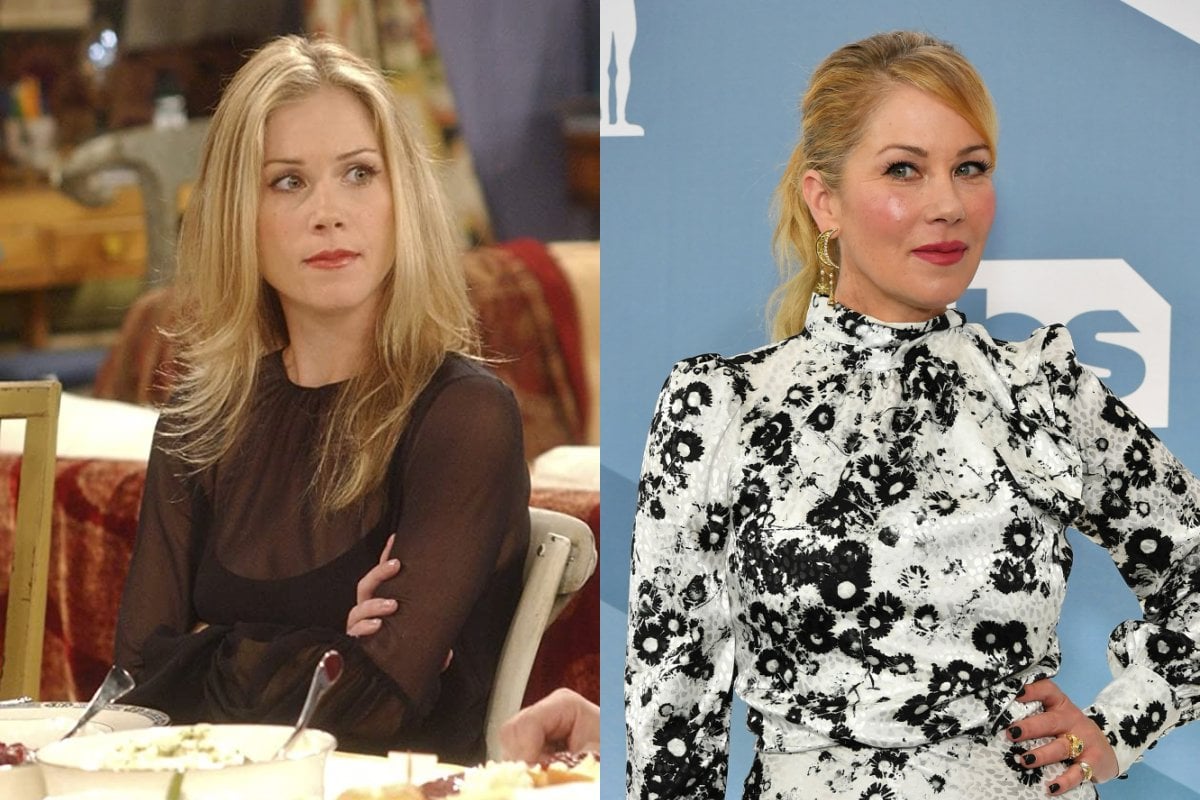 Rachel Green and her sisters turned out to be pretty famous, huh.

Christina Applegate was already a big name when she starred as Rachel's younger sister, Amy.

Since then, she's continued to earn a heck load of credits, including with a starring role on two seasons of Samantha Who? and currently, she stars in Netflix's bloody great dark comedy Dead to Me.

She was diagnosed with breast cancer in 2008 and underwent a double mastectomy, though cancer was found in only one breast.

She is married to Dutch musician Martyn LeNoble, and they have one daughter. 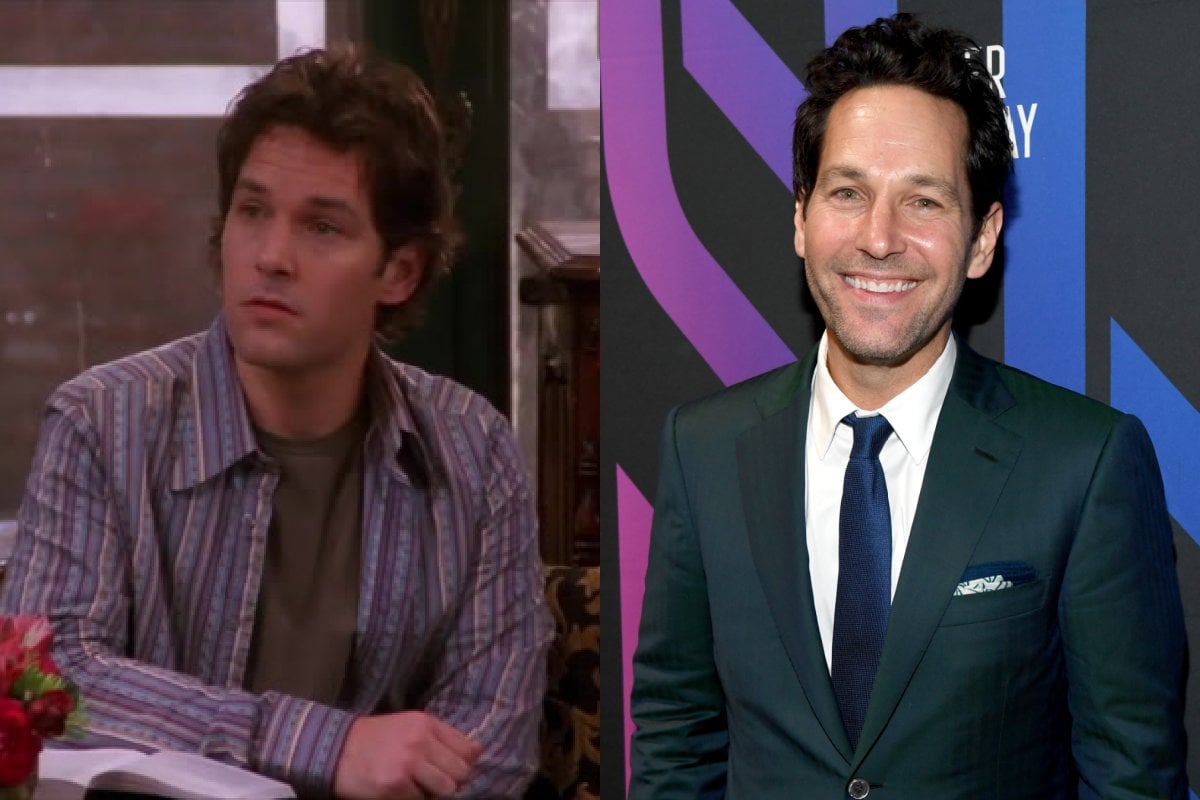 Who would've thought Mike would become a Marvel superhero?

Paul Rudd has had a very successful career, both before and after he played Mike, and still doesn't look like he's aged a day.

In recent years, he's maintained a career as a comedy actor, producer and writer, while also taking up the role as Ant-Man in the Marvel universe. 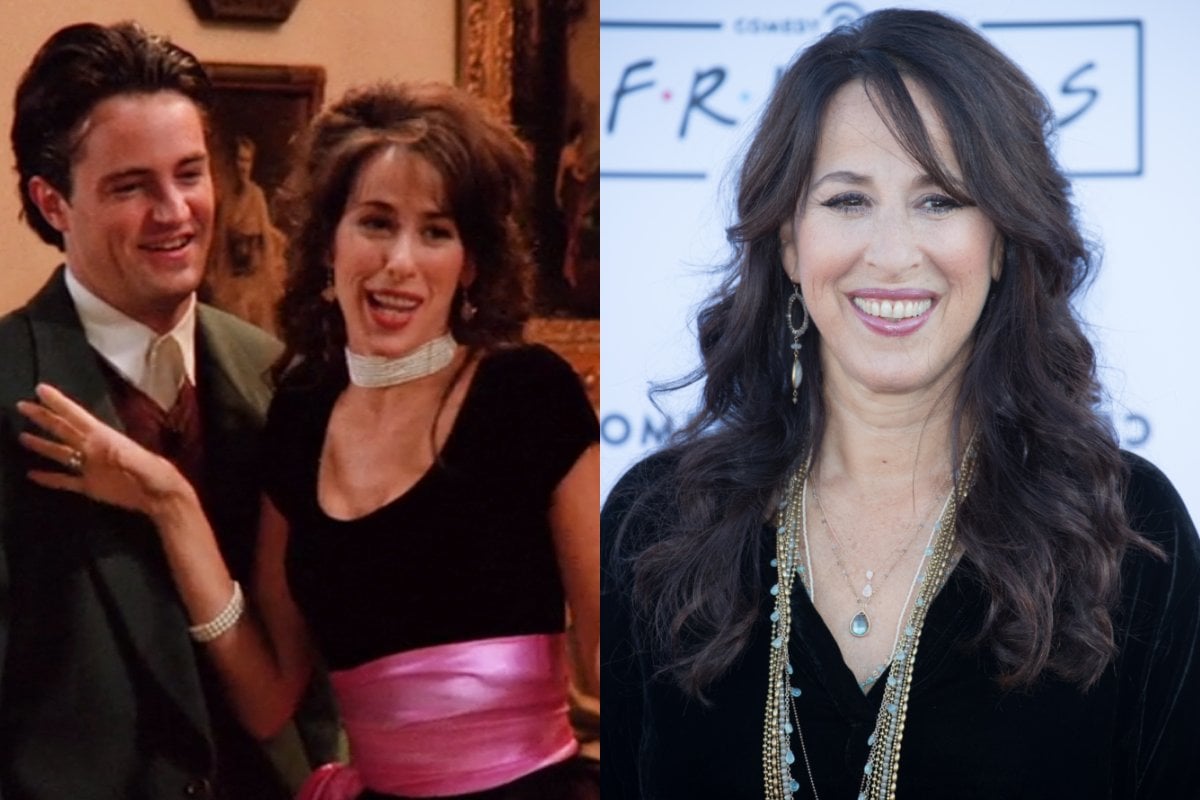 Janice's laugh is probably one of the best-known Friends' phenomenons. And despite only being a guest character, her 'Ohhhh myyyy Godddd' catchphrase has become one of the biggest in any sitcom.

Maggie Wheeler played the character in every season of the show except season six.

She's also starred in The Parent Trap and The X-Files, with guest roles in a truly impressive amount of sitcoms: Ellen, Seinfeld, Everybody Loves Raymond, Will & Grace, How I Met Your Mother and Curb Your Enthusiasm, to name a few. 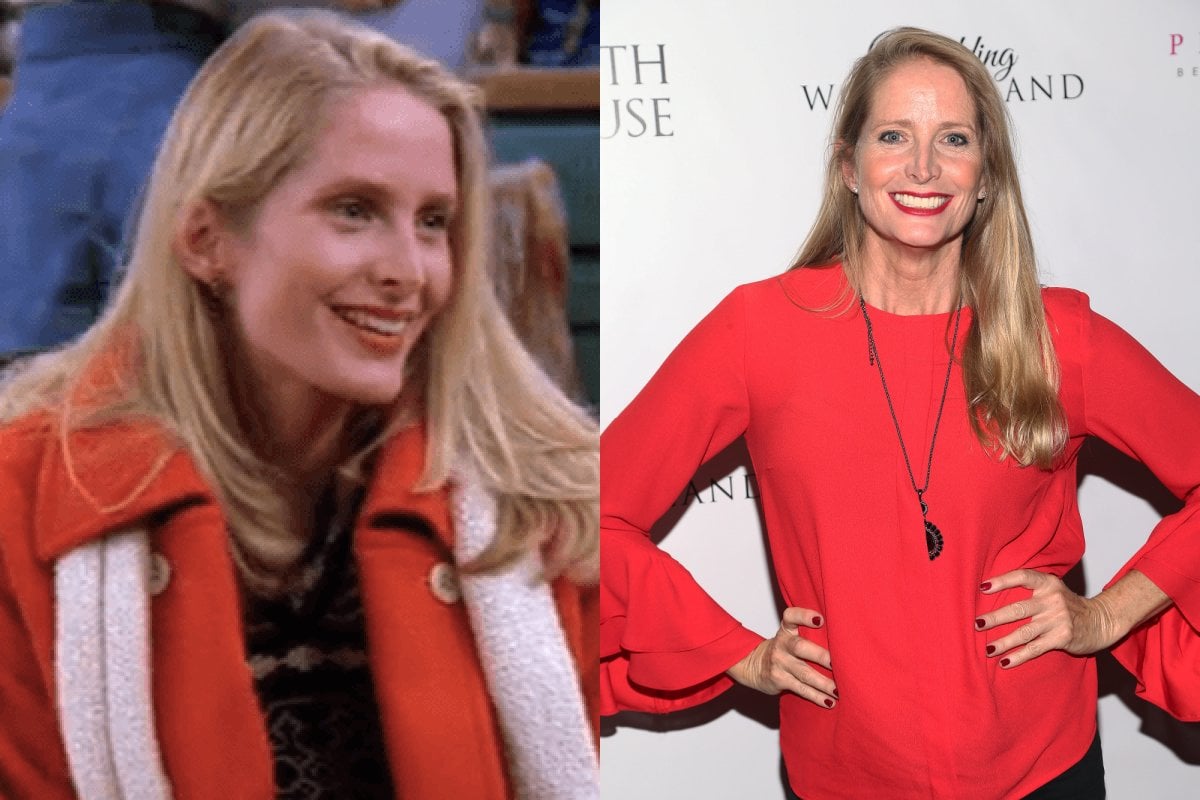 Despite only appearing in 15 episodes of the show, Jane Sibbett's character Carol was an important one: Ross' ex and the mother of his son, Ben.

(Carol was played by Anita Barone in one episode, before being replaced by Sibbett.)

Since Friends, Sibbett's kept a relatively low profile, though she has played roles in Sabrina, the Teenage Witch and Ally McBeal. 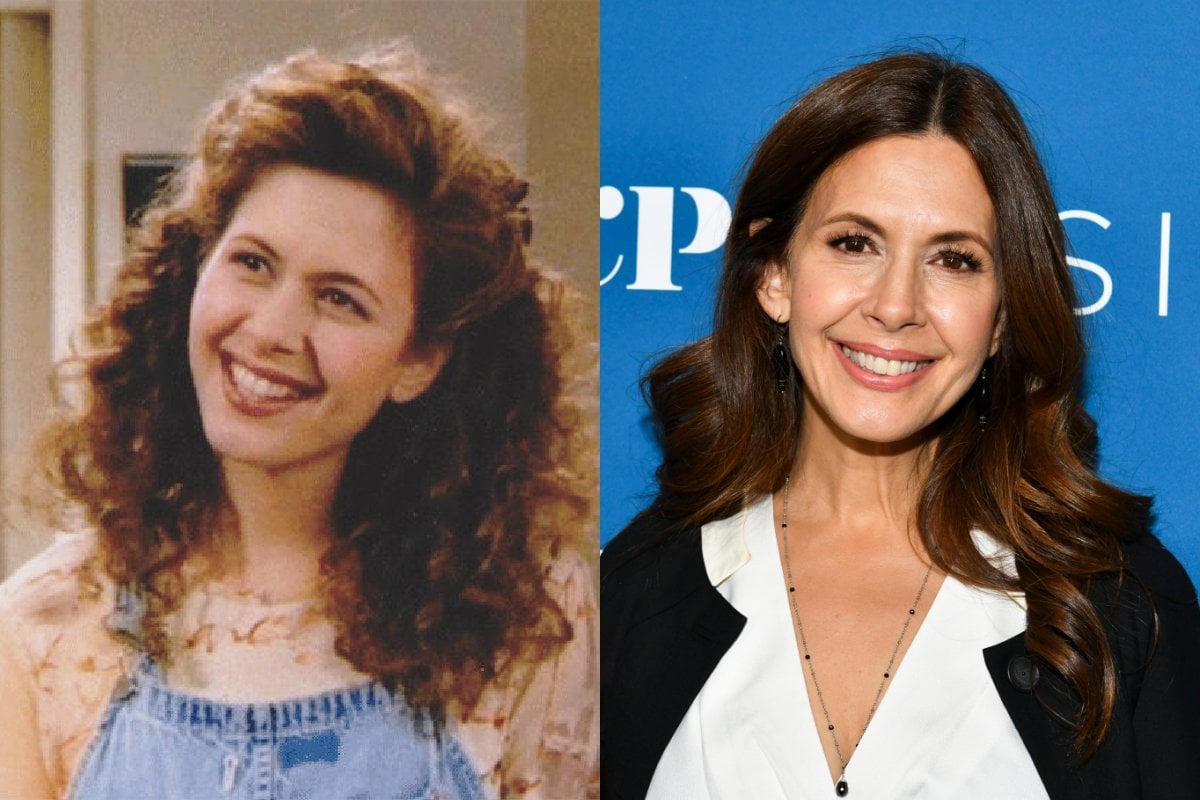 If you were wondering why book editor Michelle Pantsil looked so familiar in season two of Succession, well... it's because she was also Susan.

Jessica Hecht, who played Ross' ex-wife's lover-turned-wife, has appeared in a very long list of TV shows, including The Good Wife, Breaking Bad and High Fidelity, and has been nominated for a Tony award for her work on Broadway.

Most recently, she appeared in an episode of Stan's Younger. 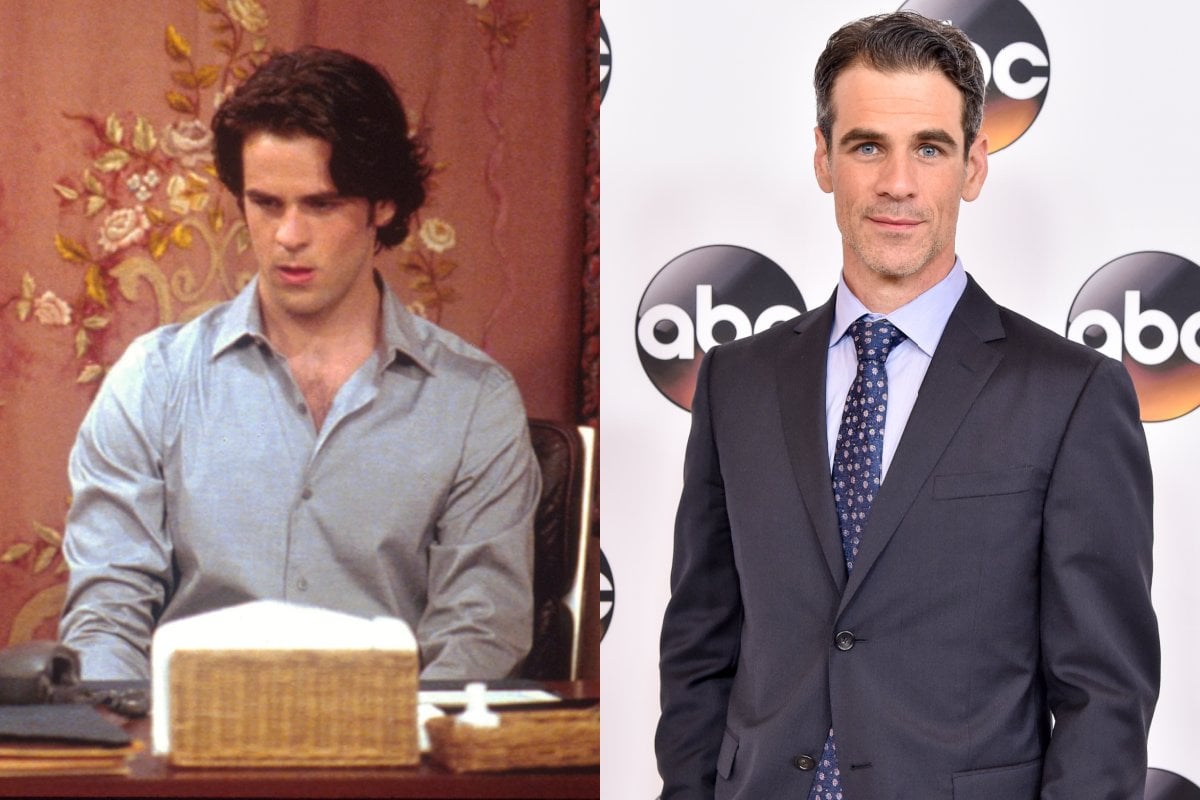 Cahill also had a long-running appearance as Detective Donald Flack in CSI: NY.

He is married to model Nikki Uberti, and has one kid. 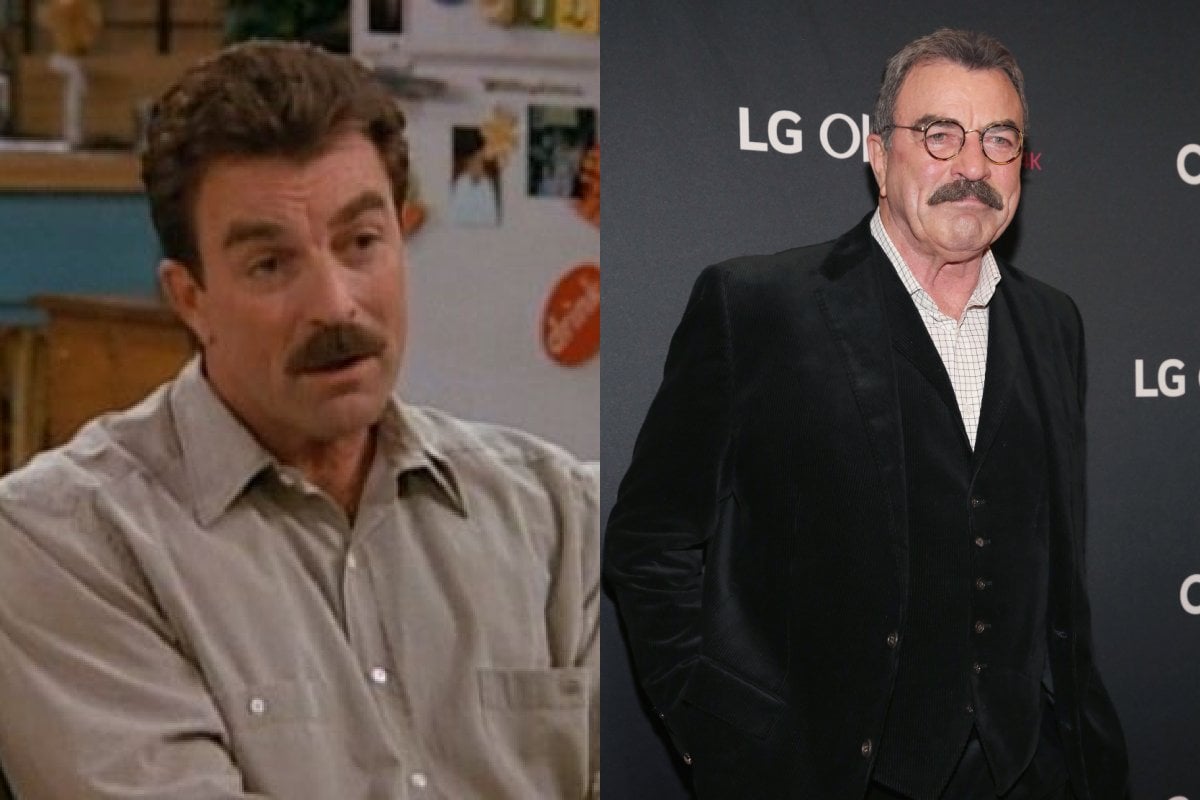 Tom Selleck (and his moustache) is a bit of a TV legend, but let's be honest: His recurring role as Monica's love interest Dr Richard Burke is one of his most iconic roles.

He already had a huge career pre-Friends, especially thanks to his role as Thomas Magnum in Magnum, P.I., and he's continued to work steadily since his last Friends appearance in 2000.

Since 2010, Selleck has co-starred as New York City Police Commissioner Frank Reagan in the series Blue Bloods and he has played small-town police chief Jesse Stone in nine made-for-TV movies based on the Robert B. Parker novels.

Off-screen he uh, runs an old avocado farm even though he hates the taste of them.

The avos actually got him in trouble in 2015, when Selleck was sued by the Calleguas Municipal Water District for allegedly stealing and transferring approximately 1.4 million gallons of water between districts during the driest California drought since record-keeping began, which he used to water his avocado farm. He settled the suit, paying up to US$21,685 but not admitting any wrongdoing. 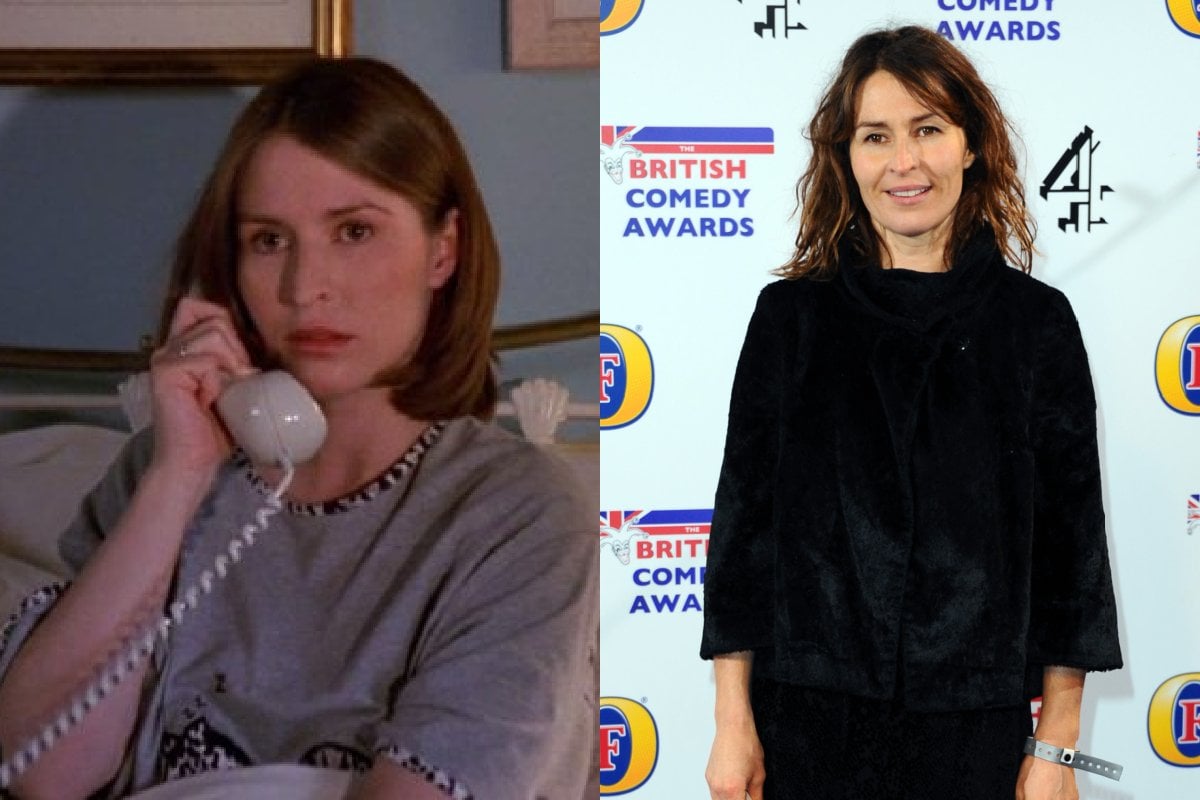 She was actually written out of the show earlier than planned because she fell pregnant with her first child, coupled with the fact she lived in the UK.

She'd already starred in Cold Feet before Friends, and has had a very busy career ever since, including with roles in British sitcom Cuckoo and drama Noughts + Crosses. 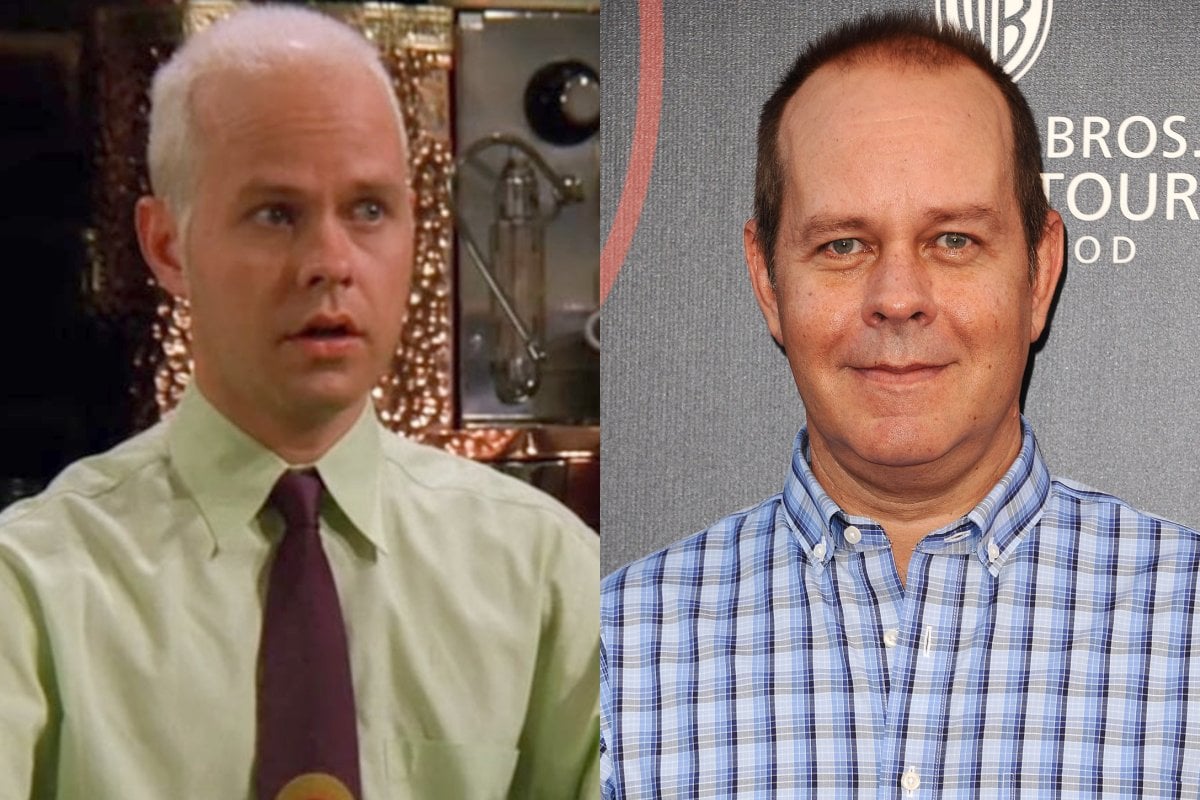 Has any other side character become so iconic?

James Michael Tyler served the six friends their coffee in 148 of the series' 236 episodes, but has kept a relatively low profile with only a few guest star roles on shows like Sabrina, the Teenage Witch and Scrubs.

He did appear during the Friends reunion episode though.

this is Gunther???? from FRIENDS???? pic.twitter.com/vkFEQakO48

"It was the most memorable 10 years of my life, honestly," he said of playing Gunther.

"I could not have imagined just a better experience. All these guys were fantastic and just a joy to work with. It felt very, very special."