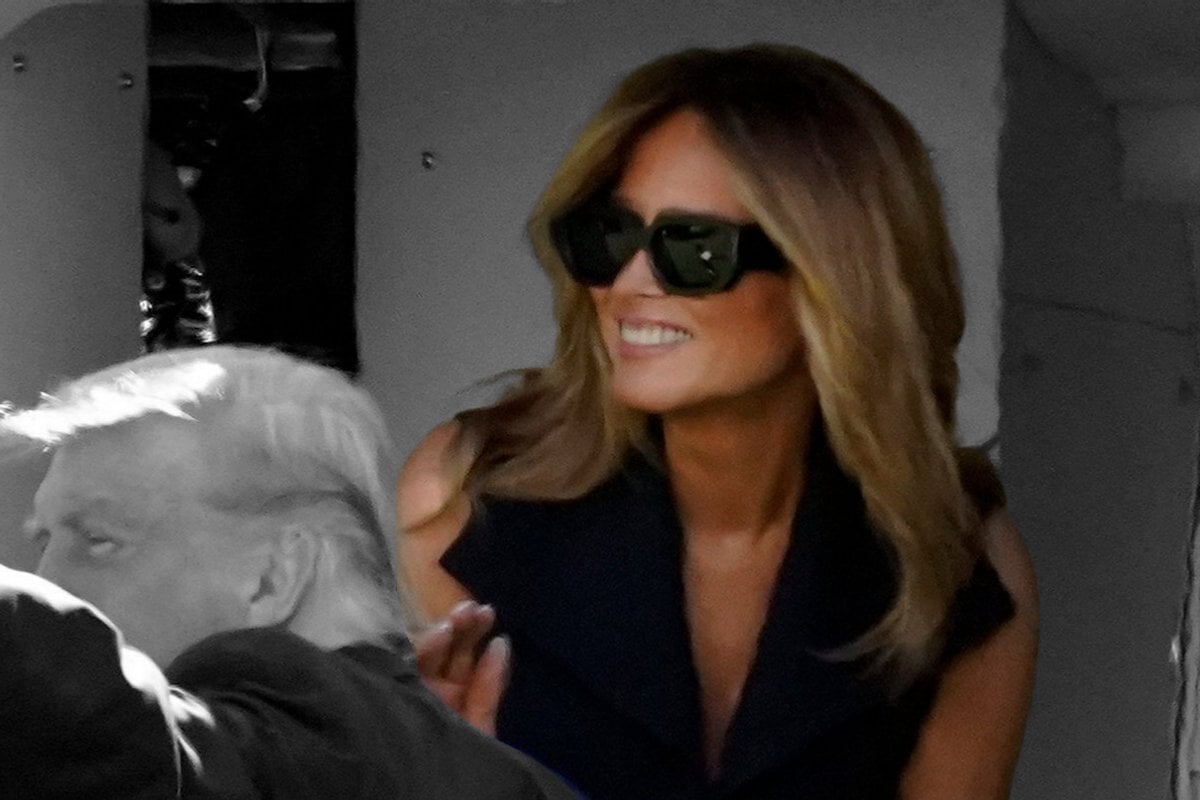 Since the moment Melania Trump set foot inside the White House, she has asked her aides: "Can I go yet?"

No, that's not a direct quote. But rather an *educated* guess based on her general air of disdain for her husband, Donald Trump, who once openly bragged about grabbing women "by the pussy" whilst married to her.

Becoming the President was not only inconvenient for America but also for his wife, who we believe in our soul would very much like a divorce because he's annoying but also unhinged.

And now the time has come.

In the final hours of the Trump Administration, we can't let the First Lady walk out of the White House without acknowledging what will undoubtedly be her greatest legacy: Fake Melania.

You see, every now and again, the world would conspire that Melania Trump had had enough of her husband's antics and would hire a body double to silently stand by his side while wearing unnecessarily large sunglasses so that no one would notice her absence.

But... we noticed. *Grimaces and chuckles simultaneously.*

Yes, yes, yes. Donald Trump did tweet that it was all false. But his Twitter account has since been deleted due to his propensity to disseminate falsehoods and hence, we can't even show you his rebuttal. So... yah.

The conspiracy theory is so popular it has its own Wikipedia Page and hence, it is time we revisit the monumental history of Fake Melania before Fake Melania leaves the building.

Here's how it all went down.

Whilst surveying the aftermath of Hurricane Irma in Fort Myers, Florida, Donald Trump sent his regards on behalf of his wife, despite the fact she was standing literally beside him.

"I just want to thank everybody, the first responders, on behalf of myself, our Vice President — Melania really wanted to be with us," Trump said as his wife turned her head, bewildered.

And here, we have video of Trump saying that Melania “really wanted to be here”...while she’s standing next to him. (h/t @MaverickofKain) pic.twitter.com/rvQCUo4RYB

This is important. Because it was at this precise moment that Melania Trump thought, 'What's the point in me being here?'.

Then, in October 2017, President Trump and the First Lady were at a press conference discussing hurricane relief for Puerto Rico. It was going fine, until Donald Trump bizarrely hesitated, "My wife Melania... who happens to be right here."

The world paused. Why... why are you telling us she's "right here" when we can... clearly see?

A woman named Andrea Wagner Barton wrote on Facebook, "Will the real Melania please stand up? Is it me or during his speech today a decoy 'stood in' for Melania??"

Her post was shared 139,000 times. The conspiracy theory was born.

Will the real Melania please stand up? Is it me or during his speech today a decoy “stood in” for Melania??...

Is it or isn’t it Melania??? pic.twitter.com/1XsxXad1P5

After a lil' chuckle, we all moved on.

We briefly forgot about the Fake Melania theory until March 2019, when once again a woman stepped out claiming to be the First Lady of the United States but clearly she... just wasn't.

The Trumps were paying their respects to the 23 people killed in deadly tornadoes in Alabama, when the #FakeMelania debate was reignited.

People observed that Melania Trump simply did not look like Melania Trump. And Donald didn't even seem to notice.

This came shortly after Melania Trump had disappeared from the public eye for 24 days which her team vaguely attributed to a kidney condition.

Footage was published of Melania Trump boarding a plane in Ohio with her husband and once again, it seemed to be a body double.

No fucking way this is Melania.. pic.twitter.com/eBFumqOvng

Which leads us to the grand finale of Fake Melania.

One week before the November US Election, Fake Melania was back, this time more convincing than ever.

The pair were seen boarding Marine One at the White House, on their way to the final presidential debate. 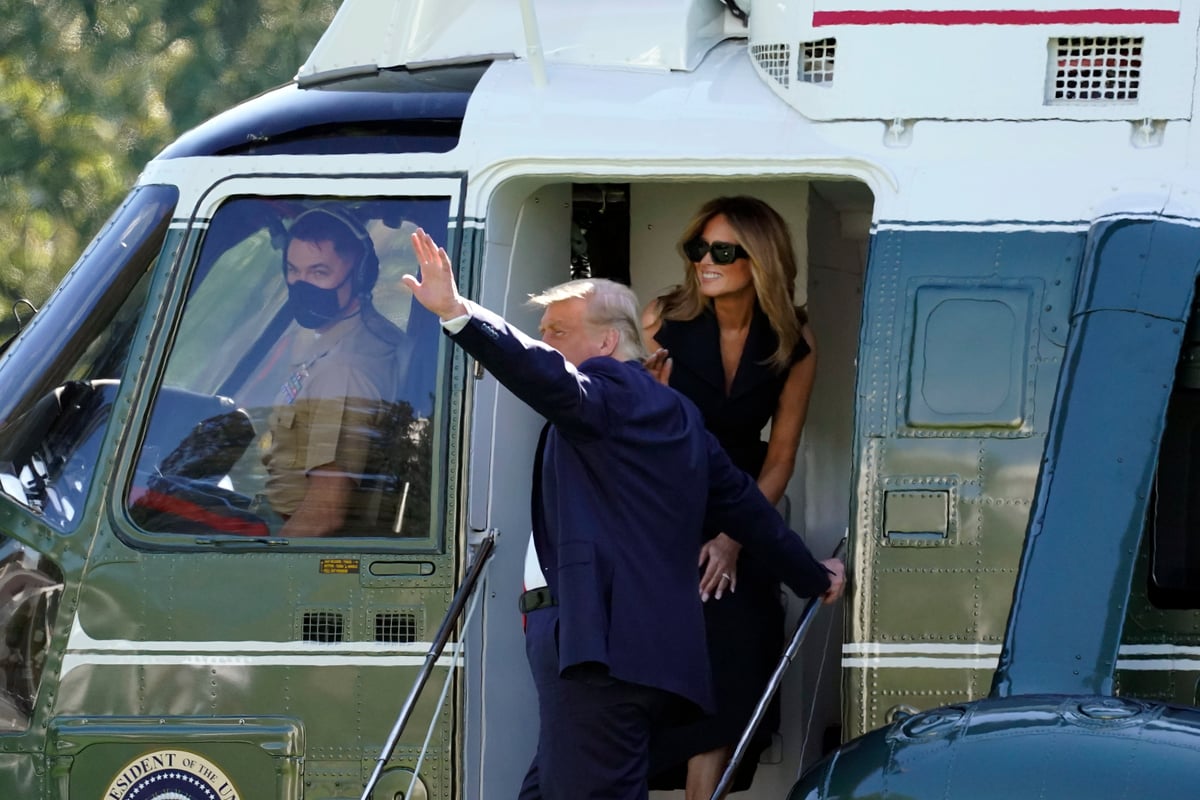 Melania Trump... is that you? Image: AAP. 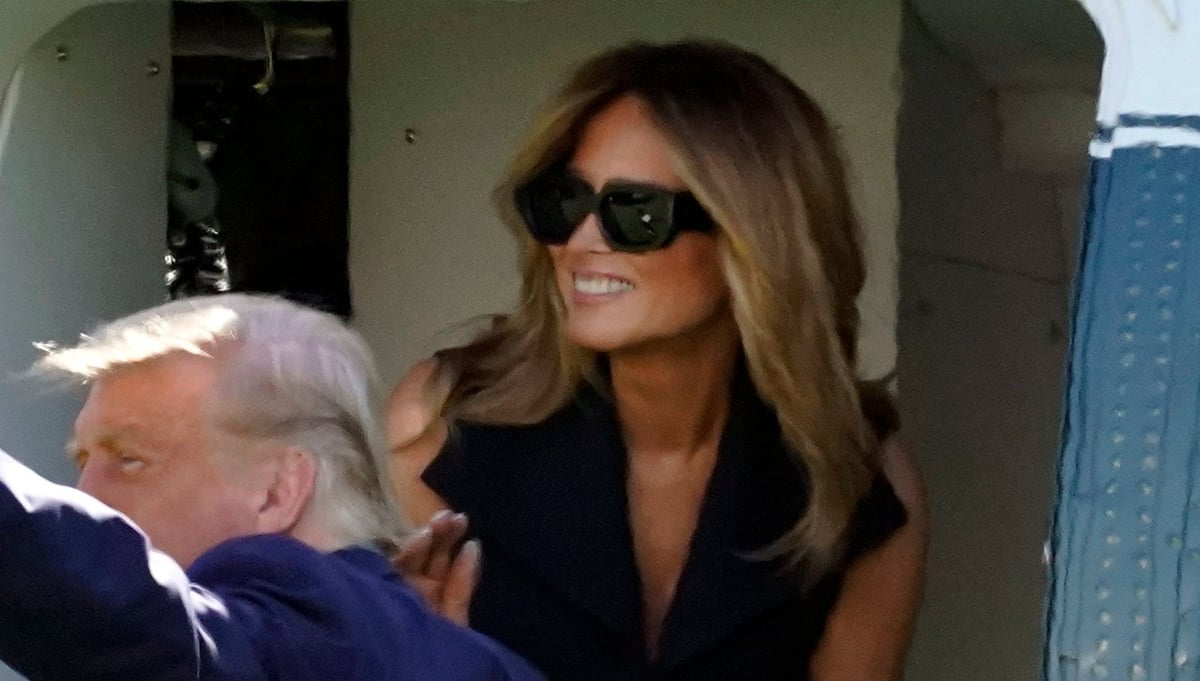 Way too young to be Melania. The fake Melania doesn’t have the smile wrinkles around her mouth like the real Melania. That’s a dead giveaway. pic.twitter.com/JIijqwtlf3

Is @realDonaldTrump using a fake @FLOTUS because the real one won’t travel with him anymore now that she knows he’s gonna lose in a landslide and the divorce is imminent??!! You be the judge... #Melania #Trump pic.twitter.com/G2ZOnORz15

Again - the White House has denied this conspiracy theory a number of times. But, like we said, we couldn't even show you Donald Trump's denial if we wanted to, because he is not trusted to have Twitter.

In the words of the greatest lyricist of the modern generation, Ariana Grande, we would like to say: "thank u, next".