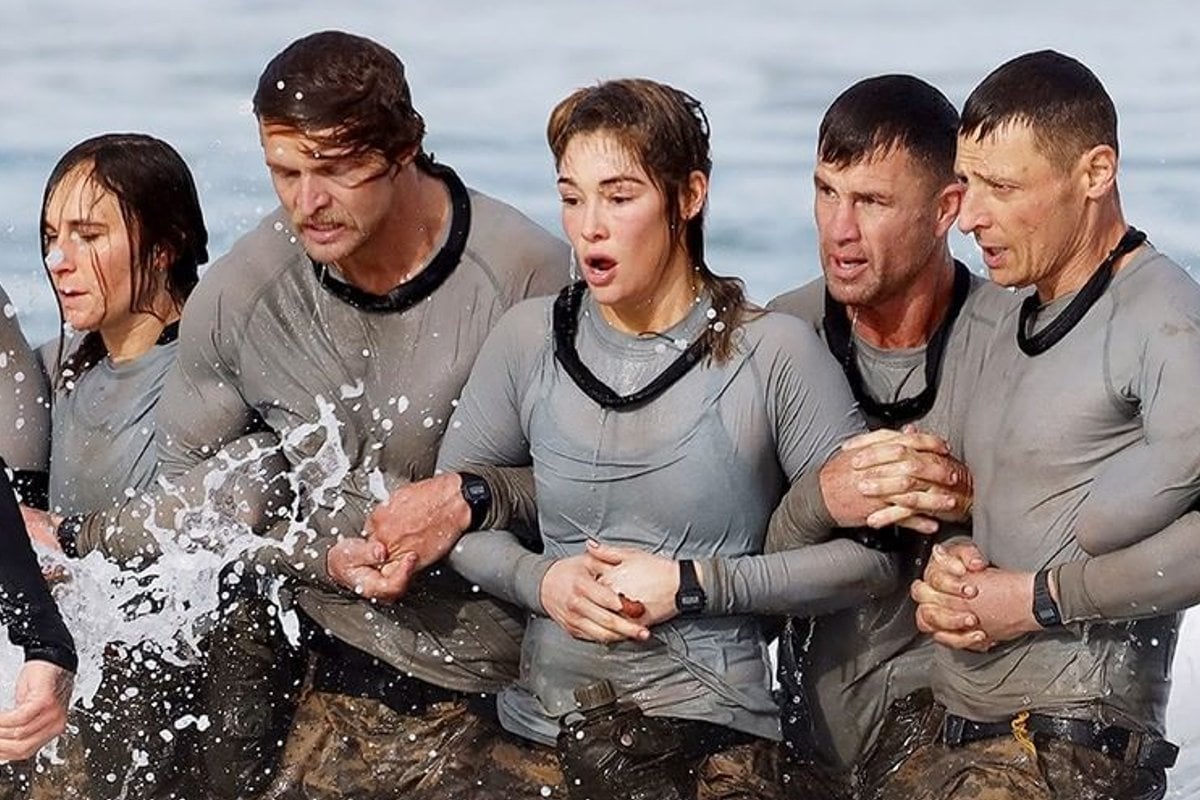 1. SPOILER: Only three celebs make it to the end of SAS Australia, and we know who they are.

For the past three weeks, we've watched celebs run, punch and climb their way through some pretty intense challenges on SAS Australia.

But it turns out only three of the original 17 recruits will end up walking away with the winning prize. And by 'winning prize' we mean the satisfaction of completing the course.

According to the Daily Mail, those lucky three celebs are none other than Nick 'The Honey Badger' Cummins, comedian Merrick Watts and AFL player Sabrina Frederick.

At this stage it's purely speculation, but it doesn't surprise us to hear that Sabrina might make it to the end.

DS Ollie Ollerton previously told news.com.au that he was impressed by the 23-year-old's actions on the show.

"Sabrina was extremely impressive," he told the publication.

We'll have to wait and see who withdraws next when SAS Australia continues tonight at 7:30pm on Channel Seven.

2. Irena turns down I’m A Celeb offer, potentially confirming that she doesn’t actually like the outdoors.

I'm A Celebrity... Get Me Out Of Here! will be returning to our screens next year. But one contestant has already turned down an offer to appear on the show.

According to the Daily Mail, Bachelor winner Irena Srbinovska has "turned down a generous offer" to join the upcoming series.

"There were talks," Irena told the publication earlier today.

"I think it would have been a lot of fun, however I just got to Perth and I have too much going on right now."

To be honest, it's a bit surprising that Irena declined the offer, considering her and Locky spent a bunch of time hiking, camping and doing other outdoorsy things after The Bachelor.

Then again, with the amount of snakes, spiders and lack of personal hygiene involved, we can't exactly blame her.

However, Irena wasn't the only Bachie star who's name has been thrown around for I'm A Celeb.

An inside source told the publication that Irena's castmate Bec Cvilikas and Carlin Sterritt from Angie Kent's season of The Bachelorette are strong contenders for the show.

That said, none of these potential contestants have been confirmed yet so we'll just have to wait and see.

I'm A Celebrity... Get Me Out Of Here! returns Sunday January 3 on Channel 10.

Ex Married at First Sight star, Sam Ball has shared an unrecognisable picture of himself after disappearing from social media for six months, and well, he looks like a completely different person.

If you see me less, I'm doing more.

The secretive celeb captioned the post: "If you see me less, I'm doing more," and he must be doing a whole lot because this is one of several times he's temporarily disappeared off social media.

For the record, the last time we saw him was back in May when he looked like this:

Only the best PP 💀 Thankyou @davidlogozzo

Sam Ball was notoriously known for cheating on his TV-wife Elizabeth Sobinoff with Ines Basic and he's been steering semi-clear of social media since.

4. Umm, are Angie Kent and Ryan from MAFS dating now?

Ex-Bachelorette, Angie Kent and ex-MAFS-come-I'm a celebrity! star, Ryan Gallagher caught up for what seemed to be a barbecue feast this weekend, and the pair were looking particularly cozy.

Ryan shared a cryptic post that where he and Angie sat next to each other, drinks in hand with no caption - and where is the caption, Ryan?

Could this be a hint that the two recently-single ex reality stars have a new relationship status? Quite possibly.

Many commenters were quick to make this point with a fellow ex-MAFS star, Melissa, writing: "Omg Ryan finally you found your match!"

This is definitely one to keep an eye on...

5. Becky's 'pulled a Blake Garvey', plus all the other The Bachelorette post-finale gossip in one place.

Well, we finally made it.

After five long weeks, The Bachelorette Australia wrapped up for another year with sisters Elly and Becky Miles choosing their final contestants.

In a season plagued by endless rumours and spoilers, it wasn't entirely surprising to see who was left standing at the final ceremony.

But as well all know, it's often after the final episode wraps up that the real drama starts to unfold.

Now that Elly and Becky can openly talk about their experiences, here's all the post The Bachelorette finale gossip in one place. 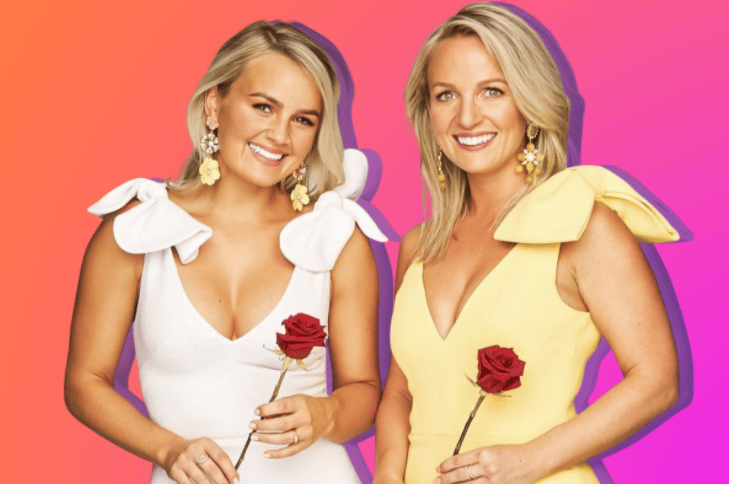 Has Becky pulled a Blake Garvey?

Okay... this could be juicy. We know Becky and Pete broke up soon after filming the finale (more on that below), but now there are rumours Becky has 'pulled a Blake Garvey' and is now dating runner-up Adrian.

You'll recall how, in the time before Honey Badger, Blake was Australia's most hated Bach after dumping his winner Sam Frost to date second runner-up Louise Pillidge.

This time, Becky wasn't the one doing the dumping, but she is rumoured to be dating her second choice.

According to Megan Pustetto's So Dramatic! podcast, Becky has been secretly dating Adrian "to figure out if the relationship has legs".

Everything has lead to this moment! The connection Becky and I have is so special and I really can see a future with her. I have followed my heart and now it’s up to her ❤️ Wish me luck 🤞🏽🍀 @bacheloretteau @channel10au #bacheloretteau

Becky did tell Kyle and Jackie O last week she'd been in contact with Adrian, and that they'd "reconnected" and were "good friends".

Hmm. We'll be honest, if true, this is the exact plot twist this season needed.