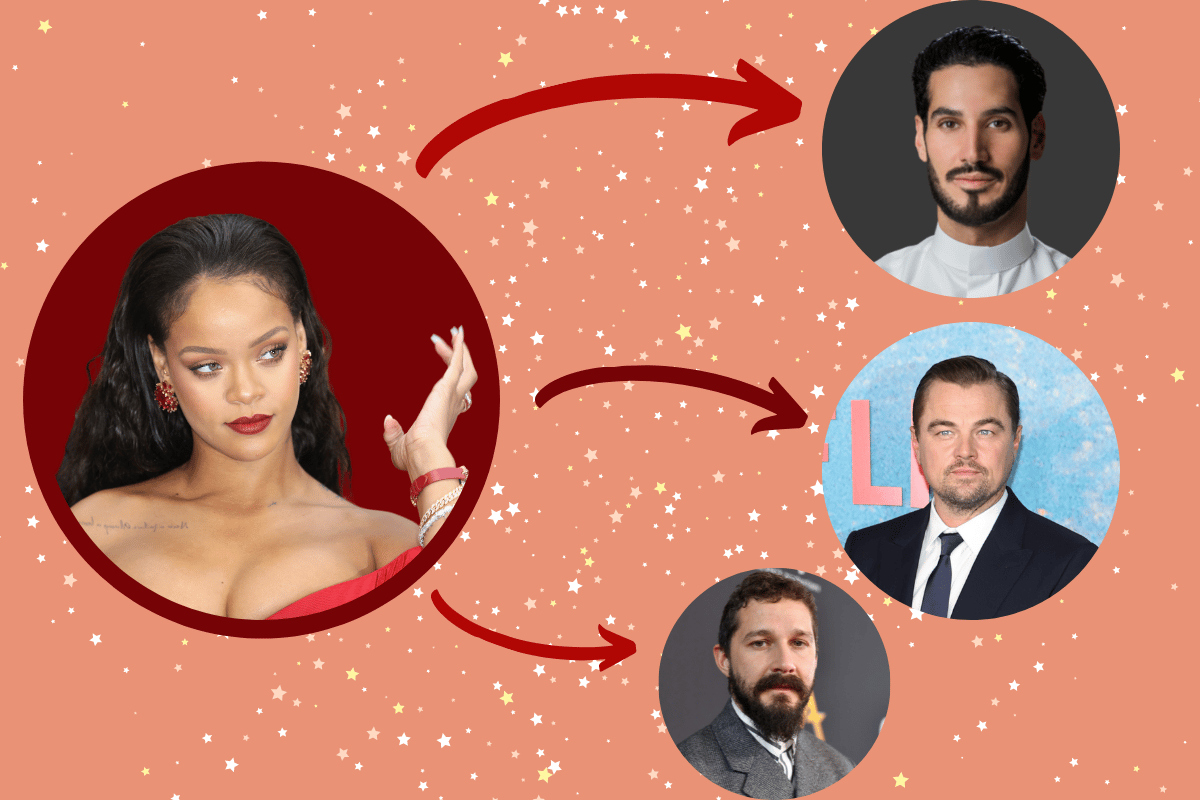 Rihanna is having a baby with A$AP Rocky. The superstar’s personal life has been making the headlines since she started dating dating Chris Brown as a teenager, 15 years ago. In between Brown and Rocky, Rihanna has been linked with a lot of high-profile men.

Watch Behind Fenty Skin With Rihanna. Post continues after video.

Rihanna’s reply: “Is that a real question?”

Here are some of the men she’s been linked with. 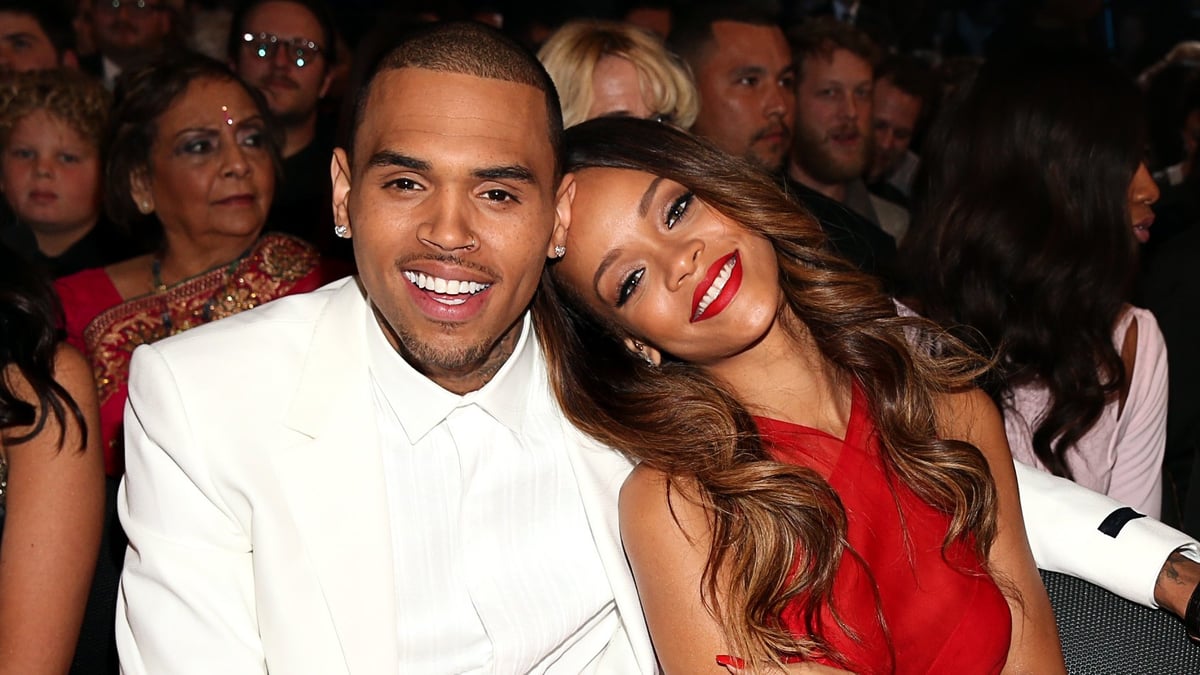 Rihanna’s musical talent was discovered in her home country of Barbados when she was in her mid-teens. She started dating R&B star Chris Brown after she was signed to an American record label. In the documentary Chris Brown: Welcome To My Life, Brown said they kept their relationship secret for eight months.

“Our power that we had at that age, it was dangerous... real life rock stars, at 16, 17 years old, that’s dangerous, because you can do whatever you want,” he said.

In 2009, Brown violently assaulted Rihanna just before the Grammy Awards, where they were due to perform. He pleaded guilty and was sentenced to five years of probation and 180 days of community labour, and was ordered to complete an anti-domestic violence program. Rihanna obtained a restraining order against him.

Later, she asked for that restraining order to be lifted. They got back together in 2012.

Rihanna told Vanity Fair she thought that she could change Brown, and thought she was maybe “almost the guardian angel” to him, who could encourage him in a positive way. But she came to a realisation.

“And if you put up with it, maybe you are agreeing that you [deserve] this, and that’s when I finally had to say, ‘Uh-oh, I was stupid thinking I was built for this.’ Sometimes you just have to walk away.” 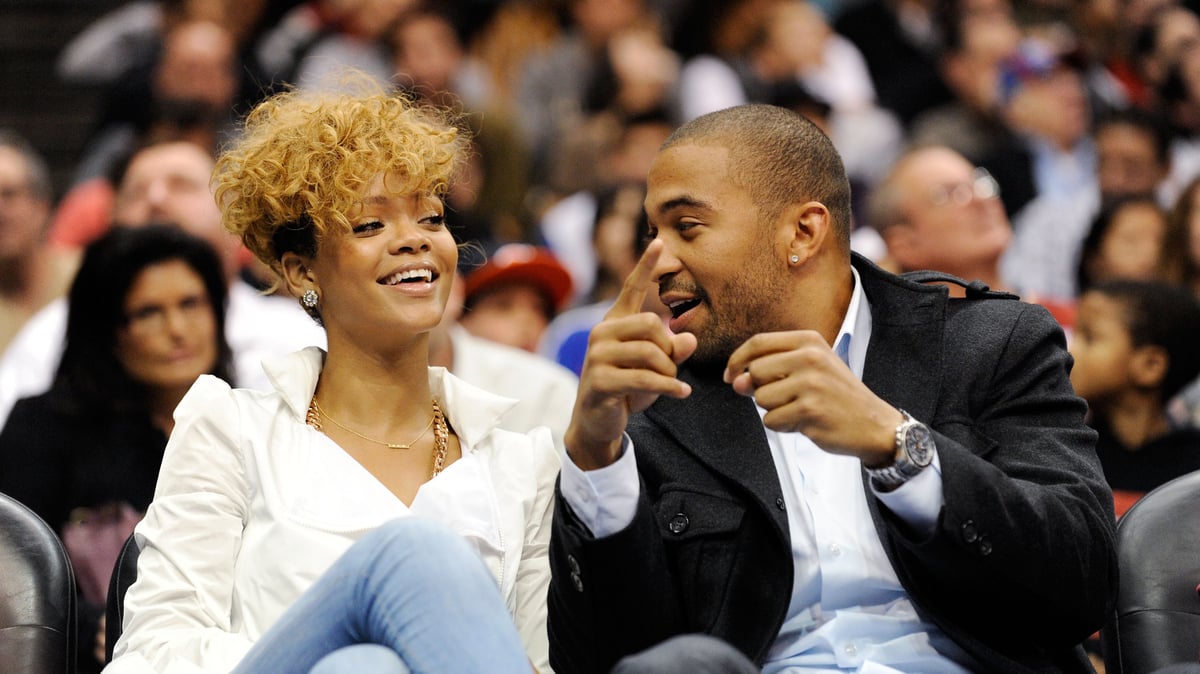 "I feel like I smile for real this time," she told Marie Claire UK. "The smiles come from inside, and it exudes in everything I do. People feel my energy is different. When I smile they can tell that it's pure bliss and not just a cover-up."

The relationship ended after a year. 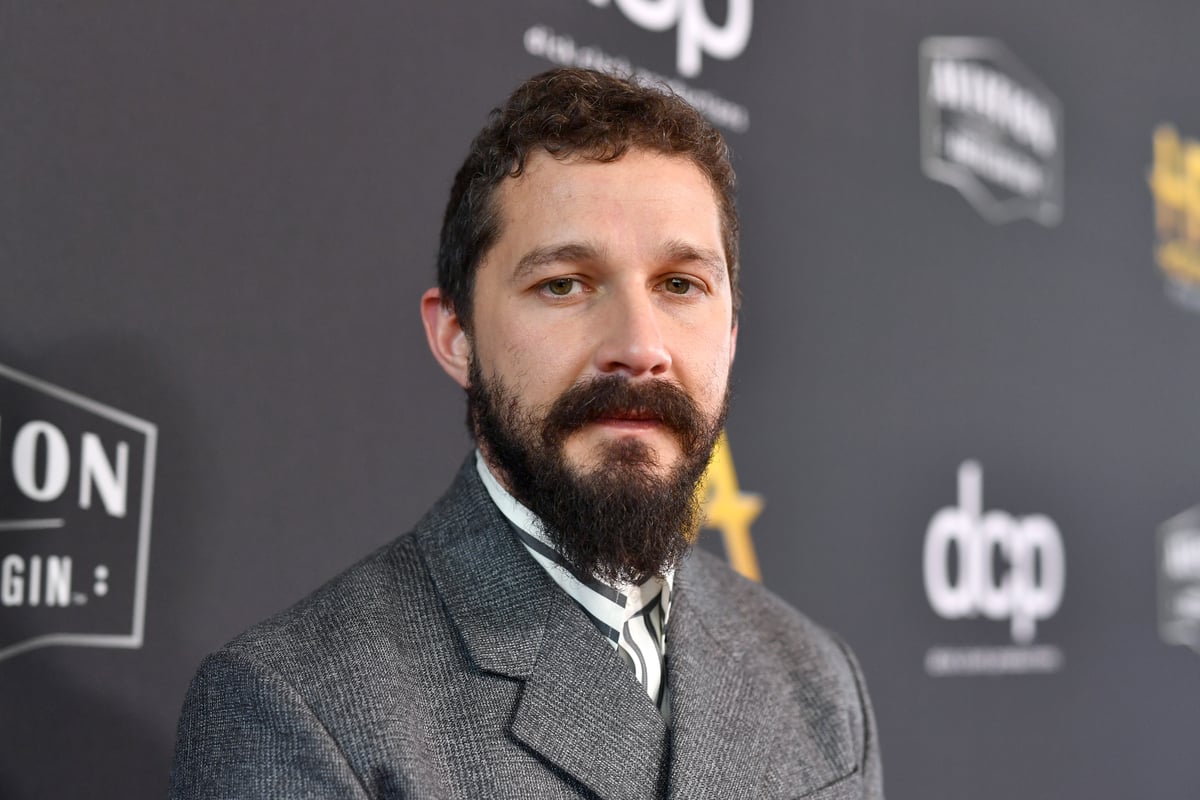 Gossip sites linked Rihanna with Transformers star Shia LaBeouf, and in 2009, he revealed they’d been on one date, after Rihanna got in touch.

"[I was] filming a sword fight when I got the message,” he told Playboy. “I said, 'Can this be my life?’

"It never got beyond one date. The spark wasn't there. We weren't passionate about each other in that way, so we remain friends." 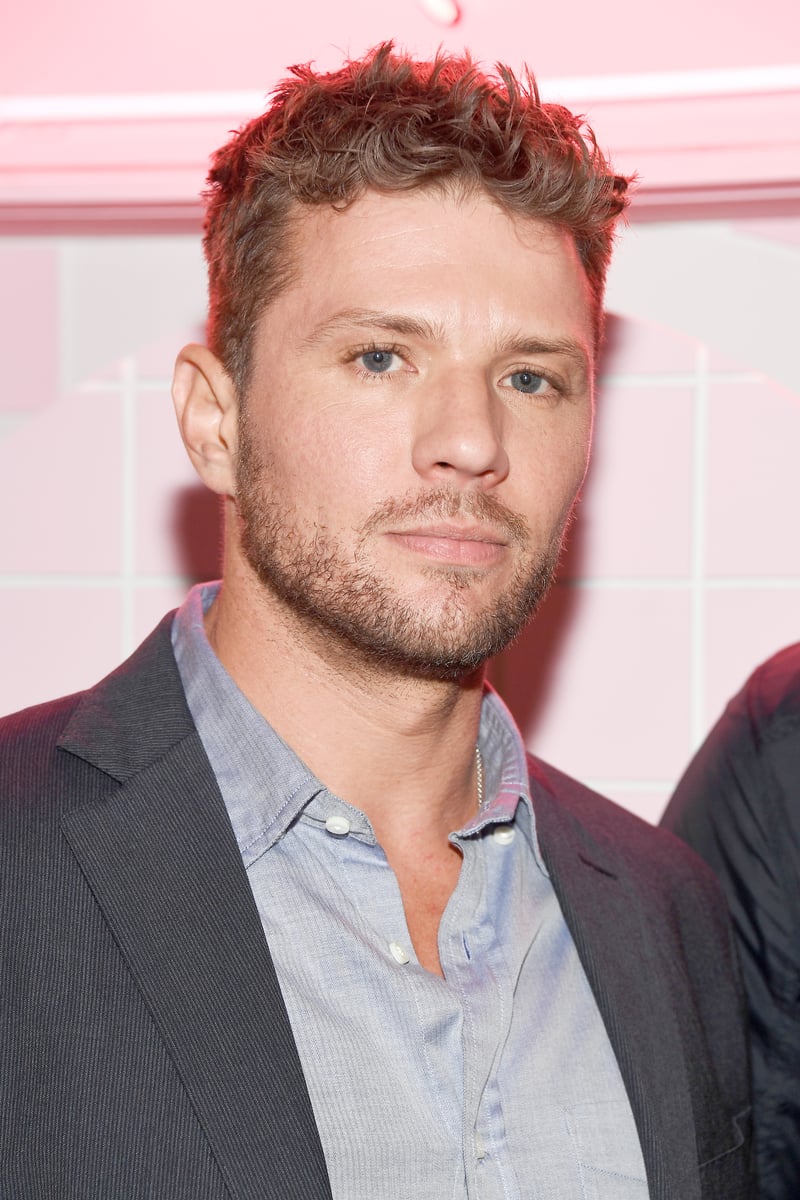 In 2011, there were rumours that Ryan Phillippe was hooking up with Rihanna while in a relationship with Amanda Seyfried. The actor carefully quashed the rumours when asked about his love life on The Ellen DeGeneres Show.

"I'm dating,” he said. “Not nearly as voracious as the magazines like to make out, [but] I am dating." 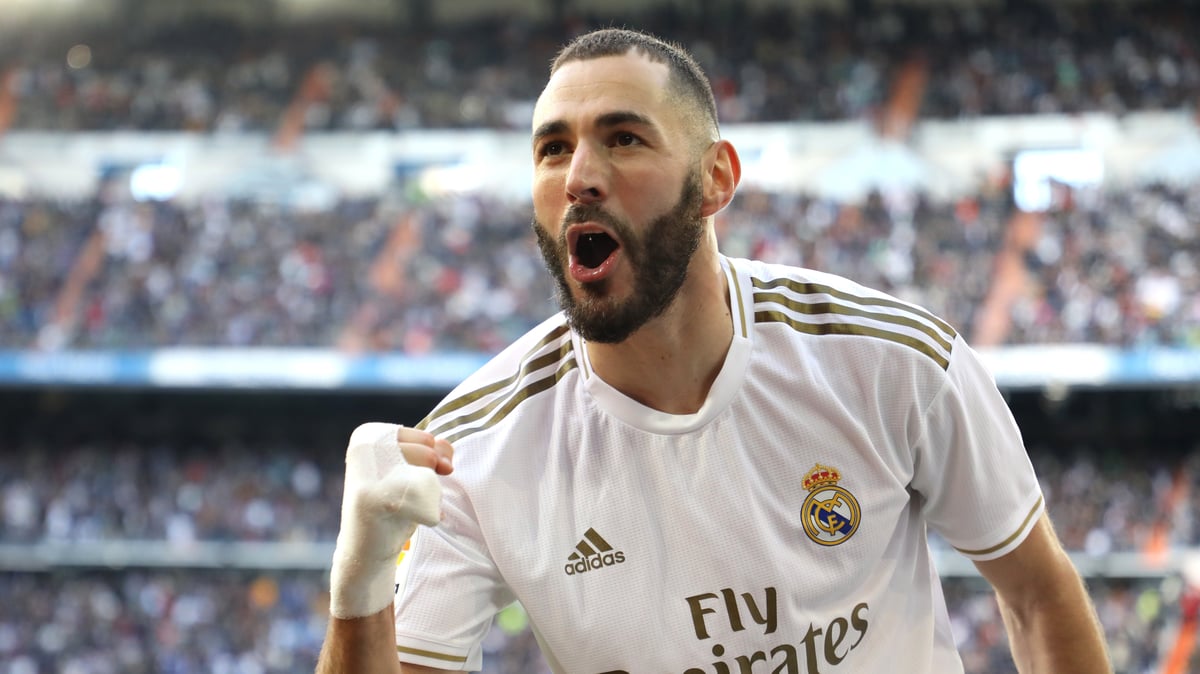 The newspaper said the two had been linked since June the previous year, when Benzema was representing France at the World Cup, and Rihanna had tweeted her support for him. 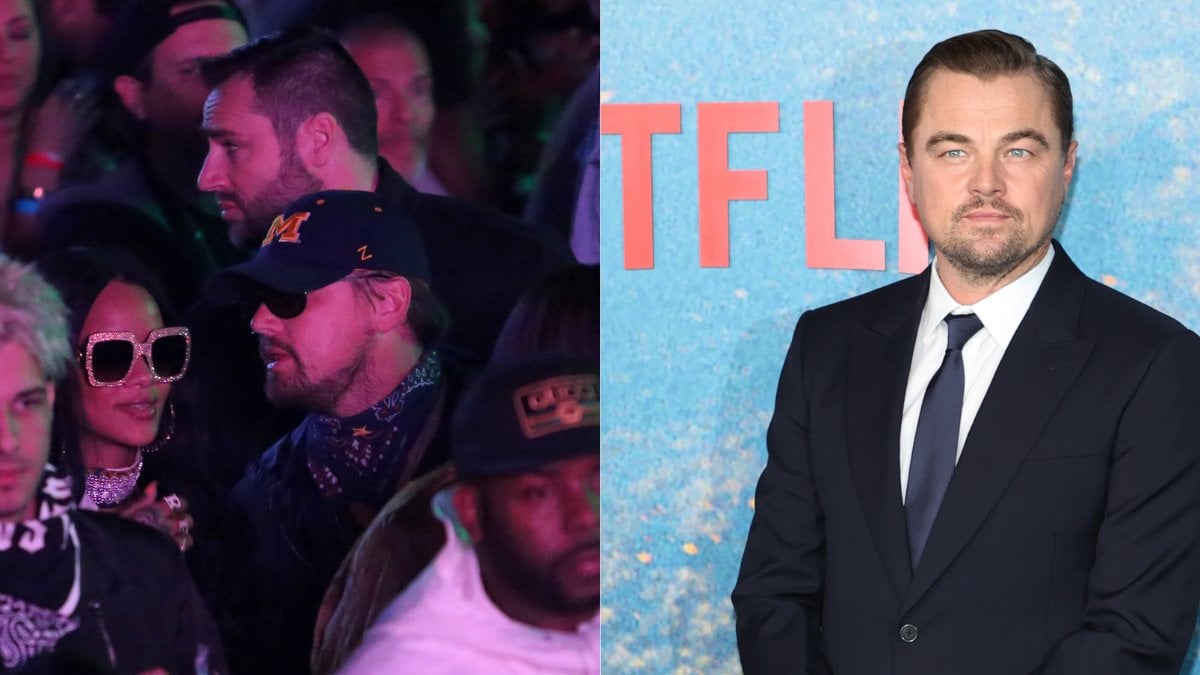 “How does Rihanna DiCaprio sound to you?” a journalist from Hello! magazine asked Rihanna in 2015.

“It sounds to me like you should stay away from the blogs because they will screw you every time,” she replied. 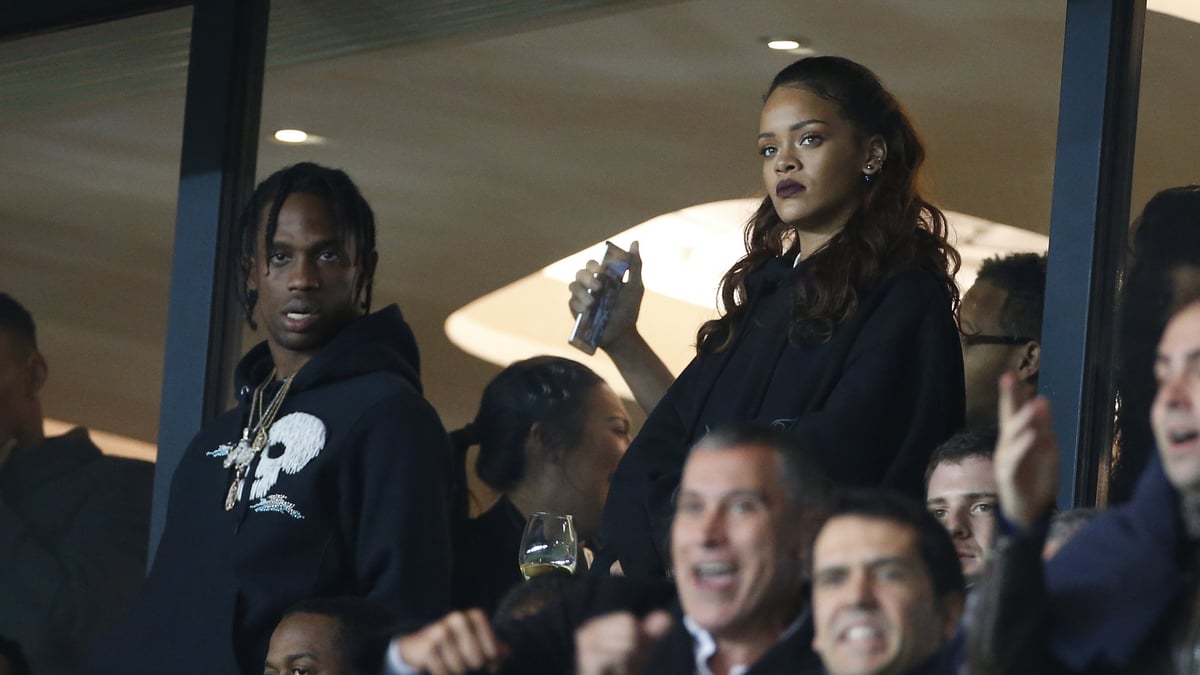 TMZ claimed to have video proof of Rihanna and rapper Travis Scott “making out, grinding and dry humping” each other at a party in 2015.

When a writer from Complex asked Scott about the “budding relationship”, he begged him not to “do [me] like that, man”. Scott described Rihanna as “creative”, “inspiring” and “muse”.

Listen to The Spill's episode on Rihanna, as Kee Reece and Laura Brodnik share everything we didn't know about the artist and business mogul. Post continues after audio. 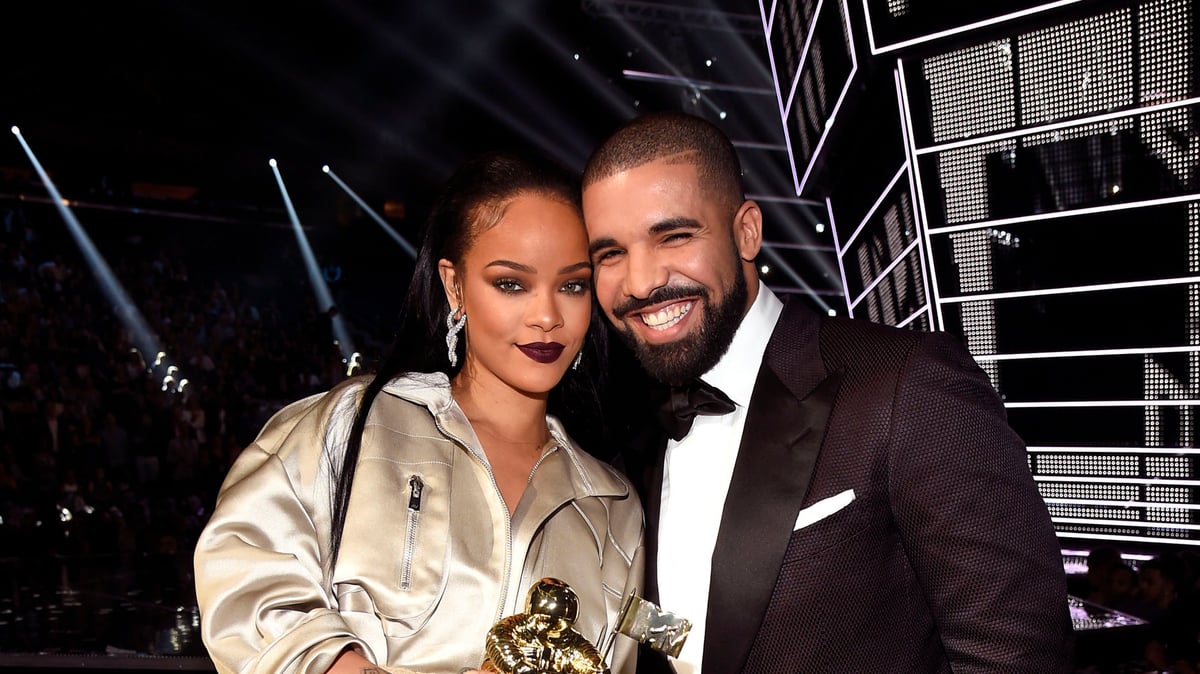 Rihanna has done plenty of collaborating with rapper Drake over the years, on hits like 'What’s My Name?'

In 2016, Drake made it very clear that they were a lot more than musical collaborators, when he presented her with an award at the MTV VMAs.

“She’s someone I’ve been in love with since I was 22 years old,” he gushed. “She’s one of my best friends in the world.” 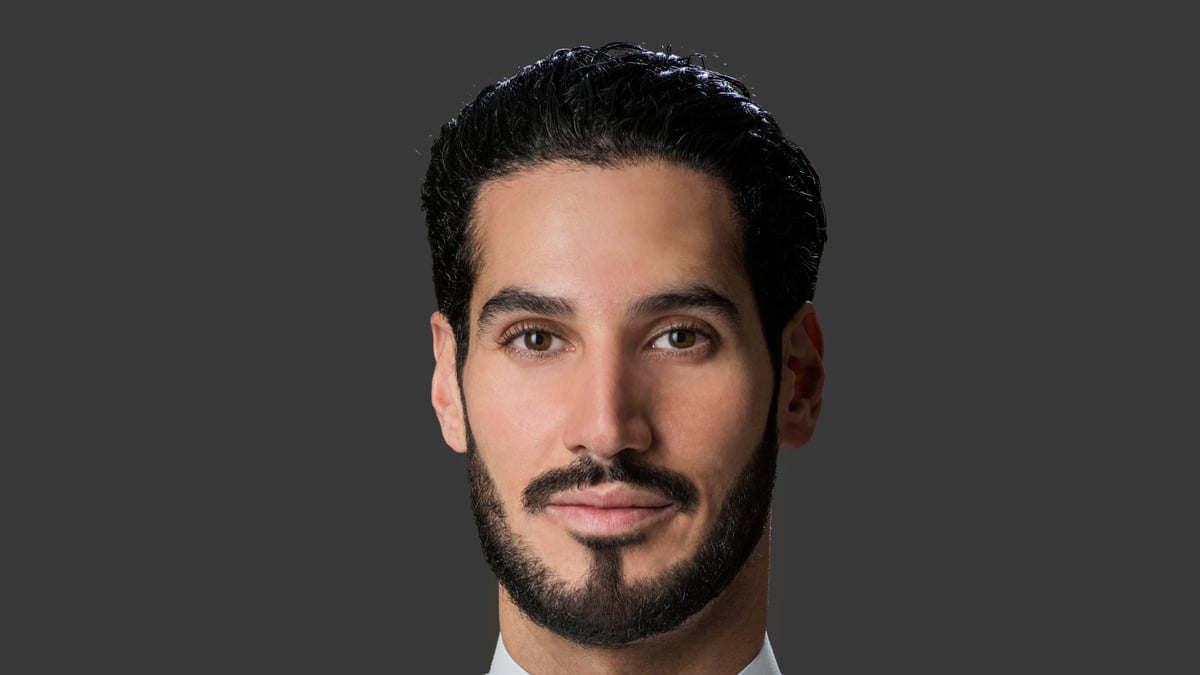 Rihanna revealed to the world she was dating Saudi billionaire Hassan Jameel in 2017 when she was photographed getting friendly with him in a pool in Spain. The following year, she told Vogue she was in a relationship, but didn’t want to give too much away.

“I used to feel guilty about taking personal time,” she says, “but I also think I never met someone who was worth it before.”

They split after three years.

Rihanna got together with A$AP Rocky not long after splitting with Jameel, but she’d known the rapper for a long time. Back in 2013, he’d opened for her on her Diamonds world tour.

In May last year, Rocky raved about Rihanna to GQ, calling her “the love of my life” and “the One”.

“She amounts to probably, like, a million of the other ones,” he said. “I think when you know, you know.”

Asked about fatherhood, he said, “I think I’d be an incredible, remarkably, overall amazing dad. I would have a very fly child. Very.”

With Rihanna confirming her pregnancy this week, by being “papped” while showing off her baby bump, she and Rocky should find out just how “fly” their child is sometime later this year.