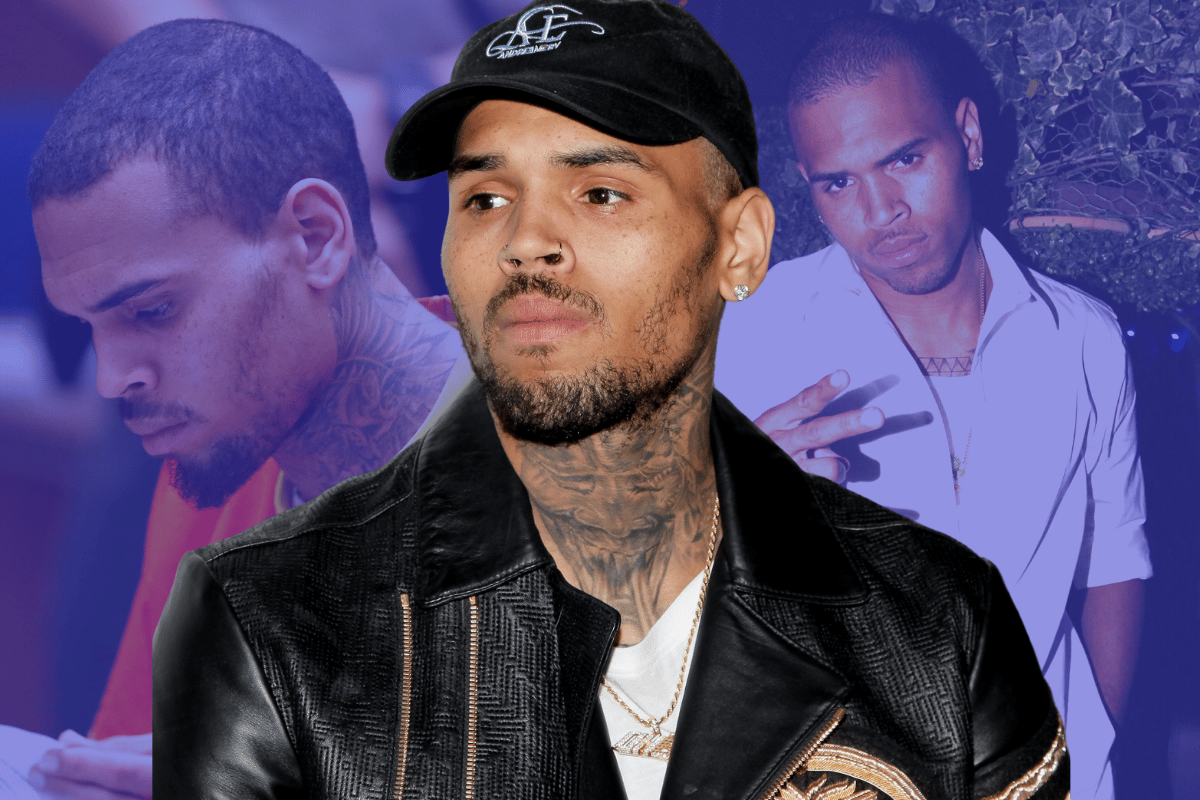 Warning: The post deals with topics of domestic violence and sexual assault, and may be triggering to some readers.

It was a horrific incident that made headlines around the world. But it was only the beginning of a pattern of abuse that would emerge in the years to come.

And sadly, even amid the countless serious allegations and the fact he is a convicted domestic abuser, Chris Brown remains one of the world's most successful RnB artists.

He still has sell-out concerts.

His music continues to be in the top charts.

And he still has multiple endorsement deals with reputable brands.

So what does Brown have to be accused of in order to be held accountable?

Watch: Women and violence. The hidden numbers. Post continues below.

2009 is when Brown's violent behaviour began to publicly surface.

Brown and this then-girlfriend Rihanna failed to show up to the Grammy Awards at which they were set to perform. At first, it was believed the couple had been in a car accident. However, photos and reports obtained by TMZ later showed Rihanna with a swollen and beaten face, as a result of Brown's physical violence.

According to police reports at the time, the couple apparently got into an argument after Rihanna discovered a text Brown had received from a former girlfriend. This ended with Brown assaulting her, leaving her with injuries that included two "huge contusions" on both sides of her forehead and "a bloody lip and nose". 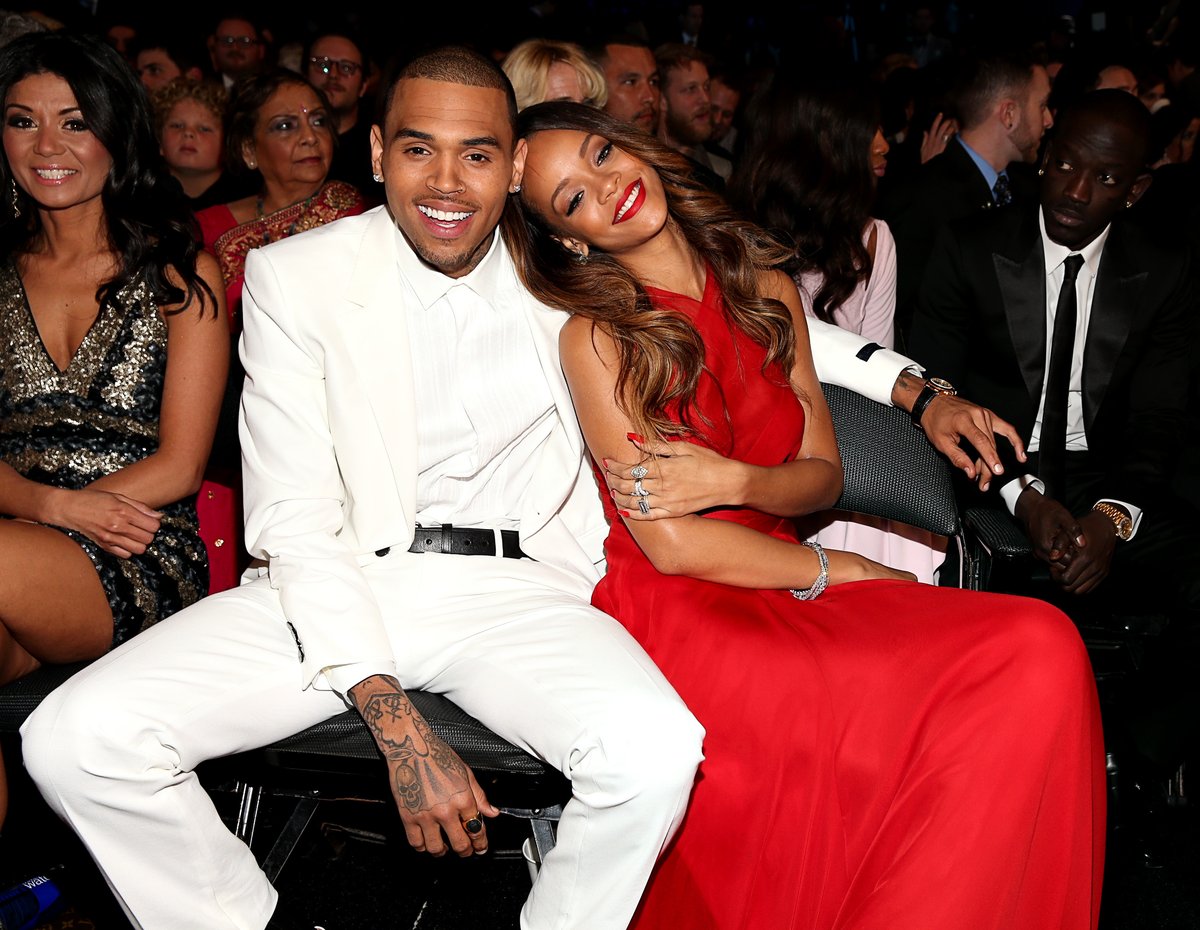 In 2016, Brown was arrested in Los Angeles after a woman said he had pointed a gun at her. He was arrested and released from jail on a $250,000 bond. Brown didn't face any gun charges as police said there wasn't enough evidence to warrant a conviction.

After his arrest, Brown was spotted walking around with a t-shirt saying: "This b***h lyin'."

In that same year, Brown was accused of threatening his female tour manager. She says Brown cornered her on a tour bus and "went on a drug-fueled tirade" threatening a "beatdown". The tour manager was so distraught, she immediately jumped off the tour bus and quit on the spot, she said to TMZ.

Brown faced a lawsuit claiming that a woman was repeatedly raped in Brown's house by a friend of his, and that she had been held against her will by both Brown and his friend.

Gloria Allred, a high-profile women's rights lawyer, filed the suit against Brown on behalf of the woman, only known as Jane Doe.

"This is one of the most horrific cases involving alleged sexual assaults that I have ever seen," Allred said at the time. She said her client had been "severely traumatised".

Only months earlier from the lawsuit, Brown had once again been allegedly abusive towards his partner. This time it was actress/model Karrueche Tran. 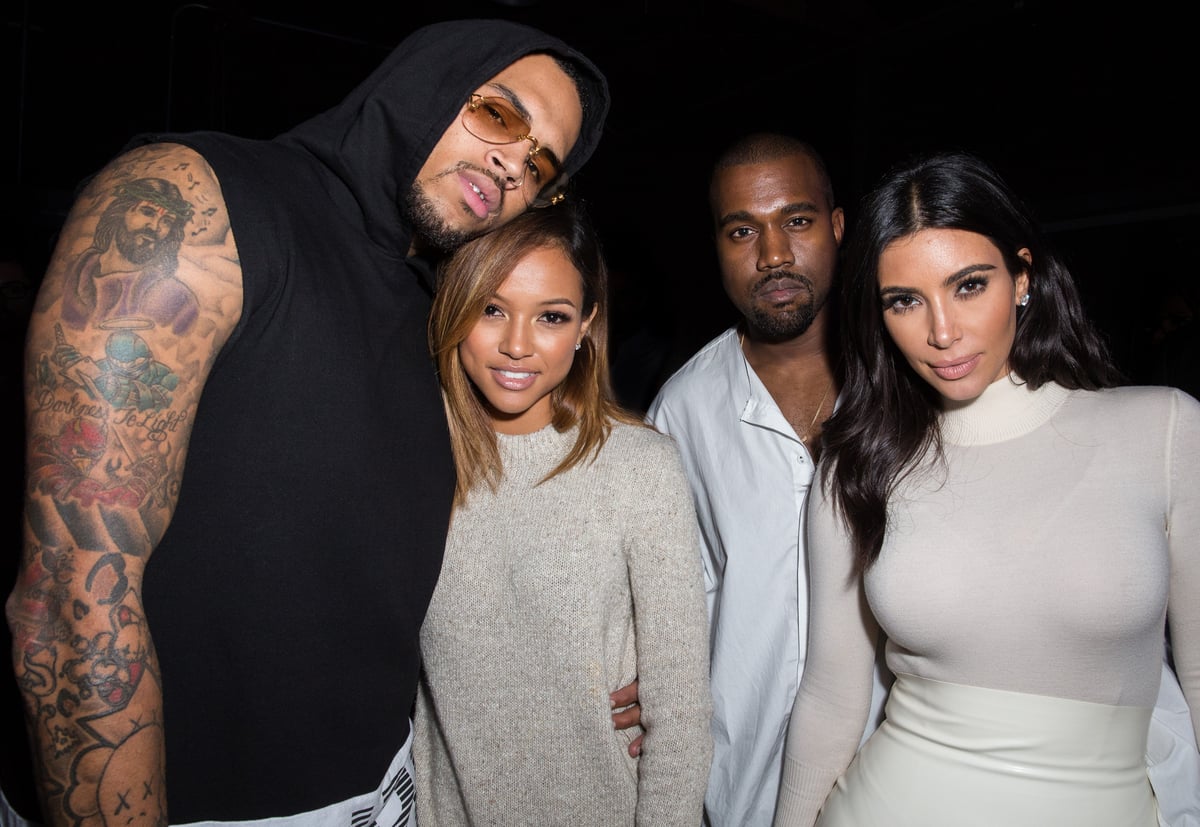 Tran was granted a five-year restraining order against Brown in 2017, claiming he threatened to kill her and had physically abused her during their relationship.

He had also previously texted Tran that he'd "beat the shit" out of her in 2017.

In March 2018, photos surfaced showing Brown with his hands around a woman's throat. He insisted it was in jest. Perhaps Brown and his team neglected to see that a convicted domestic abuser putting his hands on a woman's throat is not synonymous with 'jest'.

Then in early 2019, Brown was arrested on suspicion of rape in Paris. Brown, his bodyguard and a friend were detained after a 24-year-old woman alleged she was raped at the singer's suite at the Mandarin Oriental hotel. He was later released without charge.

Brown strenuously denied the allegation on Instagram, once again sharing an image that read: "This b***h lyin'."

He wrote: "I wanna make it perfectly clear. This is false. For my daughter and my family, this is so disrespectful and is against my character and morals."

Because nothing says morals and character more than a "This b***h lyin'," t-shirt, multiple arrests and a conviction of assault. 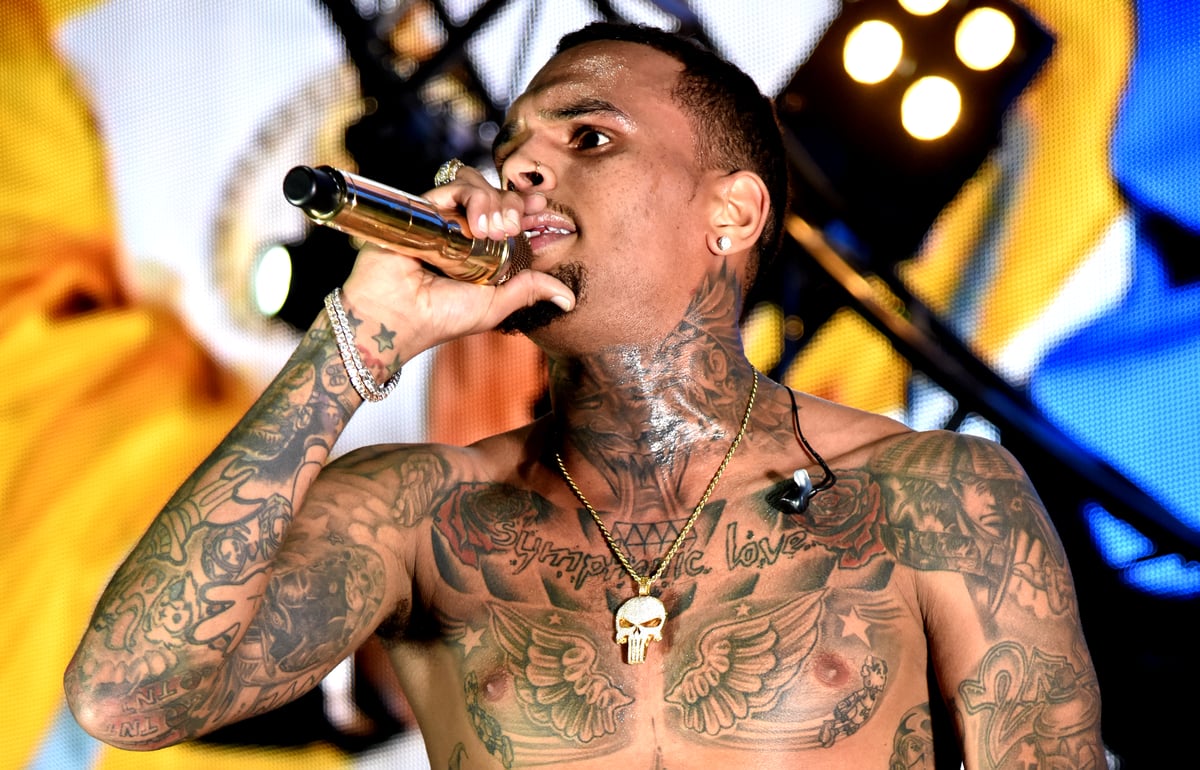 Brown then angered fans in 2019, when he continuously left sexually suggestive comments on Rihanna's Instagram posts.

As so eloquently put by one Rihanna follower: "Narcissist of the f**kin' century."

In the same year, Brown decided to comment on images of Karrueche Tran and her then-boyfriend. Brown must have forgotten that Tran's restraining order was still in place against him.

In a now-deleted Instagram video saved by DListed.com, Brown responded to the warranted criticism that he "stalks" his ex-partners, digging himself into a deeper hole.

"Ladies, y'all be complaining about n***as being, like, stalkers and in love with y'all, kinda crazy and you get tired of it. Well, guess what? I'm one of them n***as! If I love you, b***h, ain't nobody gonna have you. I'm gonna make you miserable. I'm going to chase that n***a out, and I'm gonna chase yo ass around, and it's done." 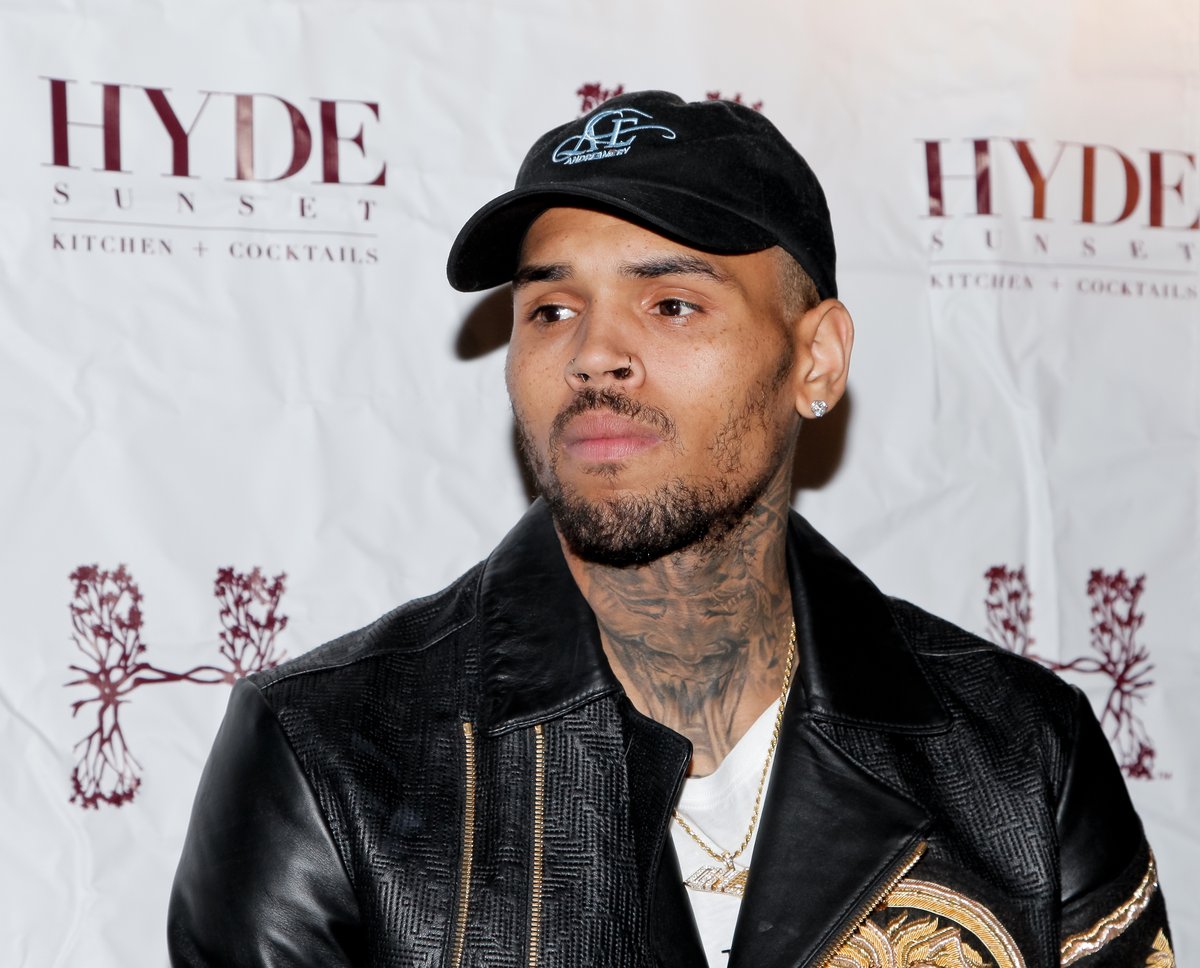 Now we're up to the present day, and things haven't got any better.

This week, Brown was faced with a $20 million lawsuit, a woman accusing him of raping her on a parked yacht.

According to the suit, the alleged rape occurred on December 30, 2020, after the singer invited an unnamed woman to rapper Diddy's home on Miami's Star Island. After arriving, Brown gave her multiple mixed drinks in the yacht's kitchen before she began feeling "a sudden, unexplained change in consciousness," according to the suit. She claimed she felt drugged and was falling in and out of sleep, but alleged that Brown still led her into a bedroom on the yacht, prevented her from leaving, and began undressing her while "kissing her unsolicited".

She says Brown ignored her pleas for him to stop and raped her until he ejaculated inside of her and subsequently asked her to take a Plan B pill via text the following day. She claimed to have followed his demand, and she never reported the assault to the police because she was embarrassed about the entire ordeal.

But of course in Brown's mind, "whenever I'm releasing music or projects, 'THEY' try to pull some real bulls**t".

Since 2009, Brown has showed us the type of person that he is. So why is he still a best-selling artist?

When it comes to artists whose behaviour has been labelled questionable, abusive or dangerous, many suggest we should separate the figure from their music.

But can we really separate Brown's music from his actions, when even his lyrics continue to denigrate women?

Only time will tell as to what exactly will be Brown's undoing. And considering just how swiftly one can be impacted by cancel culture in this day and age, it's surprising the rapper/singer has been left relatively unscathed.

But let's face it: at this point, a cultural cancellation of Brown just isn't enough.