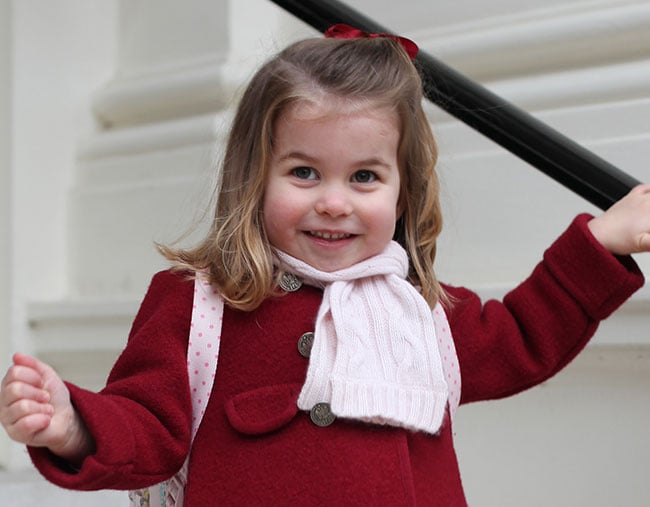 When Prince William is crowned King the royal family are in for a shake up.

Kate Middleton will become Queen Consort or Queen Catherine, Prince George will become first in line to the thrown and Princess Charlotte will become Princess Royal… Well, maybe, but it’s likely the young princess will have to wait a while.

You see, the title of Princess Royal is already held by a member of the royal family and Charlotte is unable to inherit the title until it is free.

Queen Elizabeth II’s eldest daughter Princess Anne was bestowed the title in 1987 by her mother the Queen, and she will hold the title for life.

Royal expert Duncan Larcombe told Town and Country Mag that the title is traditionally bestowed upon the eldest daughter of the monarch.

"It is a title that remains for life, so Princess Charlotte will have to wait at least until the death of the current Princess Royal," he said.

Even after Princess Anne's death, its unlikely that Princess Charlotte will be given the title straight away.

As it won't be passed along naturally, Larcombe said her father William will then be able to decide if and when his daughter gets the title.

Before Anne, the title was held by Princess Mary, the only daughter of King George V, until her death in 1965.

Though she is now Princess Royal, Princess Anne had to wait a long time for her mother to bestow her the title... 22 years in fact!

Larcombe explained that under ancient British law, any man who sleeps with the Princess Royal before they are married is guilty of high treason and could face death by execution.

Princess Charlotte is only three years old, and Larcombe believes her parents are likely to wait until after Charlotte marries before giving her the title.

With her father as King, Charlotte will also become second in the line of succession.

She is the first royal daughter to not be surpassed by a brother, after the laws were changed following her parents marriage in 2011.

Traditionally, her younger brother Prince Louis would have taken priority over her in succession to the crown, but now Princess Charlotte will retain her rightful place.

Worth also pointing out that Charlotte could well be married by the time her father ascends to the throne. William is, after all, not first in line.

Ha, this reminds me of the tv show The Windsors, which pokes fun at the royals. Prince Charles is constantly reminding everyone that he'll be king first. Trashy show, but worth a watch.

Well, duh. It's an inherited title. You can't inherit something until its current owner dies.

Actually, it isn't inherited. Not all eldest daughters have been made Princess Royal. It's up to the monarch of the time, but it can't be bestowed if there's a princess royal from a previous generation.

Yes, poor choice of word on my part. What I meant is that you can't receive a title that already belongs to someone else.