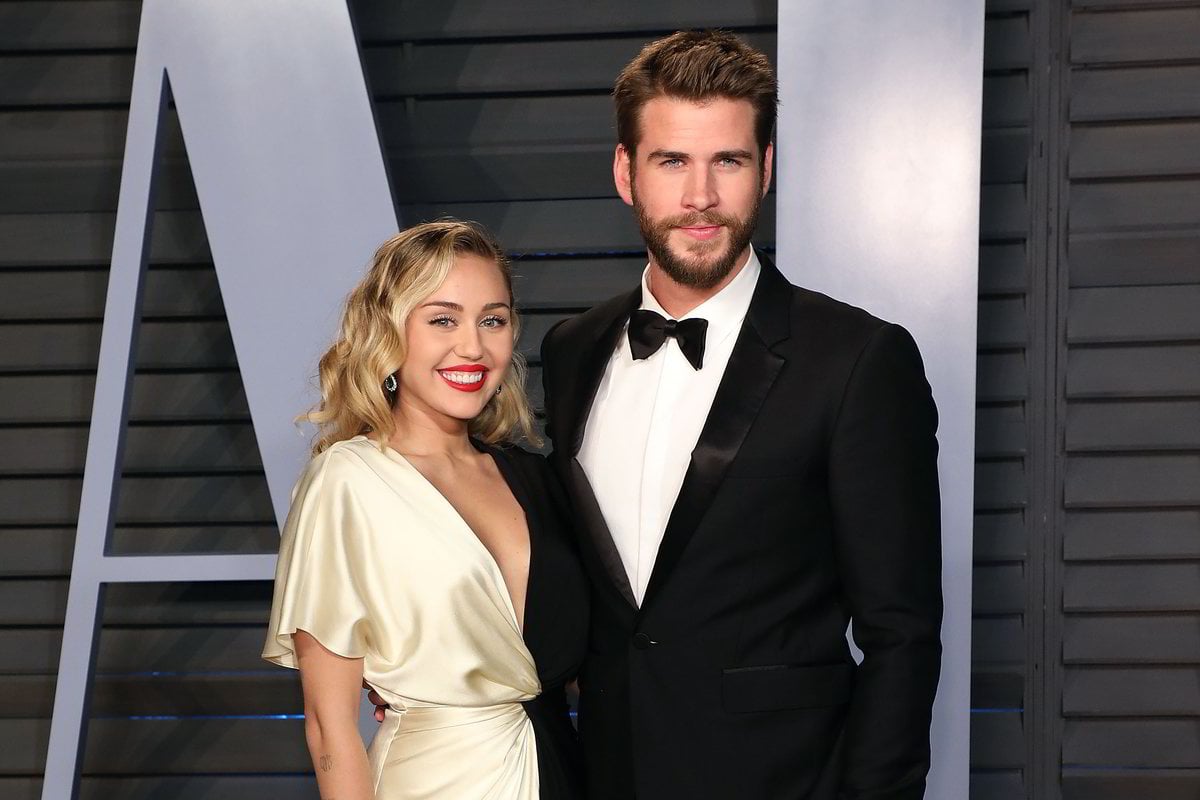 Miley Cyrus and Liam Hemsworth’s relationship is one that the world (yes, the whole wide world) has been following for over 12 years now.

It started as an on-set romance on The Last Song, before falling into that bog-standard Hollywood pattern of off-again, on-again, off-again, engaged, separated, back-together-ish, secret wedding and then rather swift divorce. Classic.

But during that bumpy relationship rollercoaster, Miley released a lot of music. And you can bet that a hell of a lot of it is about Liam Hemsworth.

Watch Miley Cyrus speak about the stigma of divorce. Post continues after video.

So, to get a better understanding of what Miley’s lyrics really said about their relationship, we’ve analysed every line (because, really, We Can’t Stop) and there is much to discuss...

Miley’s newest release, perfectly paired with her latest don’t-eff-with me Joan-Jett-esque look, is a song called ‘Midnight Sky’ and it’s not holding back with references to her marriage. 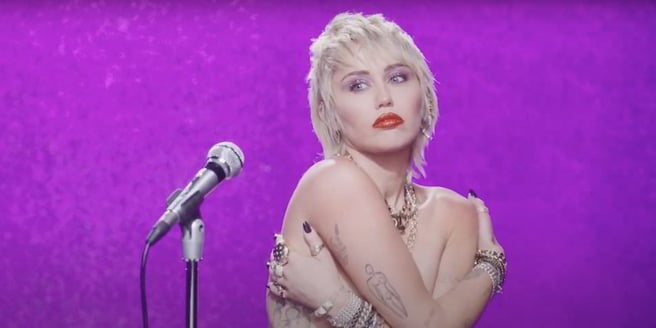 Enter the first swing. Delivered in the opening verse (after a few ‘la la la’s).

Forever and ever, no more (no more)

...for context, while Miley and Liam were married for less than a year, they were together for 12 years all up. You know, if you don’t count the miscellaneous break ups in between, which may or may not be symbolised by the ‘ropes’.

I don’t need to be loved by you (by you)

These chorus lyrics are repeated throughout the song to really hammer in the fact not that Miley has moved on, but that she simply doesn’t need anyone. Miss Independent vibes for the win.

See my lips on her mouth, everybody’s talkin’ now, baby

Said, “It ain’t so bad if I wanna make a couple mistakes”

While these aren’t lyrics about Liam Hemsworth himself, it does act as a firey reminder to the Aussie actor that his ex-wife moved on and seemed to rather enjoy making those ‘mistakes’.

This song was released moments after news spread that Miley and Liam were getting divorced and the lyrics hit headlines immediately.

Why? Well, because Miley essentially hinted that Liam had some sort of alleged drug and alcohol problem that she wasn’t down with.

I want my house in the hills

Don't want the whiskey and pills

The album art even had a poignant bottle of whiskey and pills floating in a pool. 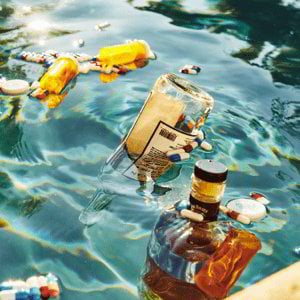 A source close to Miley spoke to People magazine at the time explaining, “Her song was her way of telling her story without having to say anything at all. She isn’t trying to bash him, but she wants to be able to share what she’s been going through”.﻿﻿

The song ends with a message of encouragement to both Liam and herself to move on.

I'm not who I used to be

You say that everything changed

This dreamy tune marked happier times for the couple when they had recently relocated to Malibu and were living together on the beach. The song almost reads as a big thank you note to Liam for bringing them to the seaside.

I never came to the beach or stood by the ocean

But you brought me here and I'm happy that you did

'Cause now I'm as free as birds catching the wind 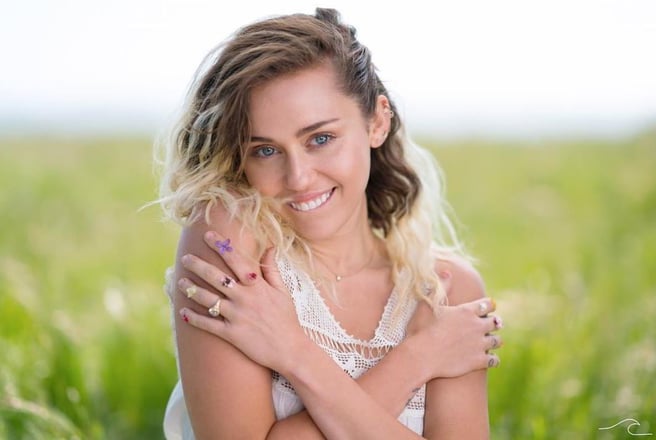 Miley talked about her decision to write 'Malibu' about Liam in an interview with Billboard, saying, "They're going to talk about me if I come out of a restaurant with Liam. So why not put the power back in my relationship and say, 'This is how I feel?'" she said.

Miley also explained the deeper meaning behind the lyrics, telling Carson Daly, "It's definitely about love,” which you can 100 per cent feel from this particular section of the song:

We watched the sun go down as we were walking

I'd spend the rest of my life just standing here talking

You would explain the current, as I just smile

Hoping I just stay the same and nothing will change

And it'll be us, just for a while

Liam, we’re going to recommend avoid this song on days when you’re down about your divorce.

While not released as a standalone single, Miley Cyrus explained in an interview with Fashion magazine that the track ‘Drive’ was inspired by the difficulties in her relationship with Liam.

"I wrote it while I was working on Valentine's Day - emotionally it was such a hard time. It is about needing to leave someone but not really wanting to completely cut yourself off from the relationship. It's a time when you want to leave but you can't. It's also about moving on."

You told me that you wanted this

I told you it was all yours

If you're done with it, then what'd you say forever for?

If forever's out the door

I'll ignore when you call

But all broken promises, I won't miss, I'm finished

All I know are the facts

That when I look you in the eyes, all I see are the lies

Been there, done that

If this is a direct reflection of Miley’s feelings at the time, then boy does it seem like it was tough for her to pull away from Liam.

Miley Cyrus ‘Someone Else’ song meaning

During an interview on The Ellen DeGeneres Show in October 2013, Miley admitted that not one song, but her whole Bangerz album was a reflection of her relationship with Liam. (That’s 16 songs jammed packed with emotions. Hectic.)

Miley explained on the show that, "It says [a lot] that [it starts] with 'Adore You' and ends with 'Someone Else'... I think I knew more intuitively where my life was going than I actually thought I did at the time". 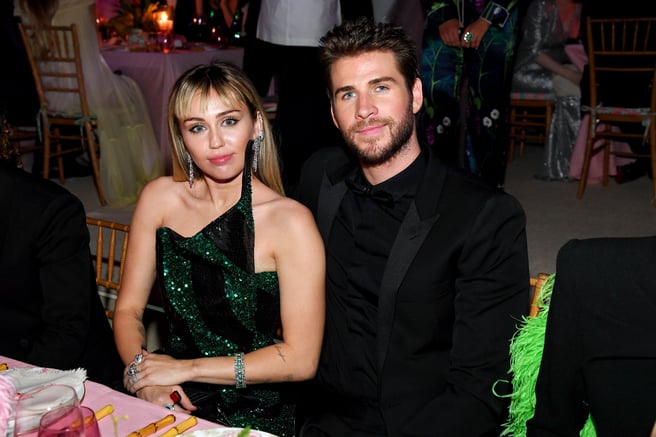 And what are the damning lyrics in ‘Someone Else’? Have a read for yourself:

If you're looking for love

He left with my heart

They both walked through that door, without me

'cause I surely can't help you

I've turned into someone else.

Arguably the most iconic of Miley’s songs during her Liam on-again-off-again decade, ‘Wrecking Ball’ was the beautiful, brokenhearted ballad that got Miley through one of those notorious off-again periods.

I never hit so hard in love

All I wanted was to break your walls

All you ever did was wreck me 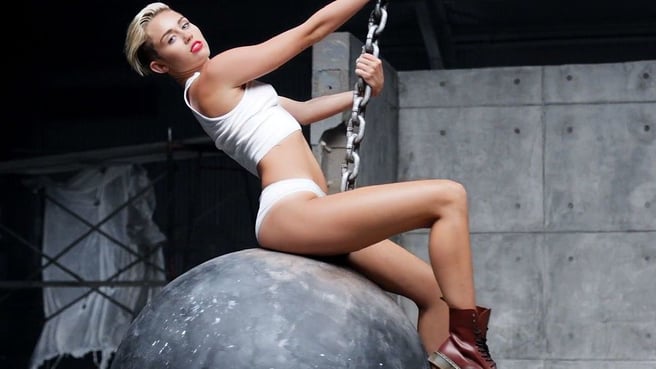 While this song was initially released after her breakup in 2013, as a nice little nod to the past, Miley Cyrus hopped on a wrecking ball once again during her 'live' performance at the 2020 VMAs.

While she may not have written the song by herself, she did confirm that the song was about Liam during a rather hot-headed rant at one of her concerts after the couple broke off their engagement in 2014. "And every time you get in your car, you're going to hear my f**king song on the f**king radio, you piece of sh*t," she said. "Enjoy hearing this song for the rest of your life."

And that, ladies and gentlemen, is what we like to call one heck of a mic drop.