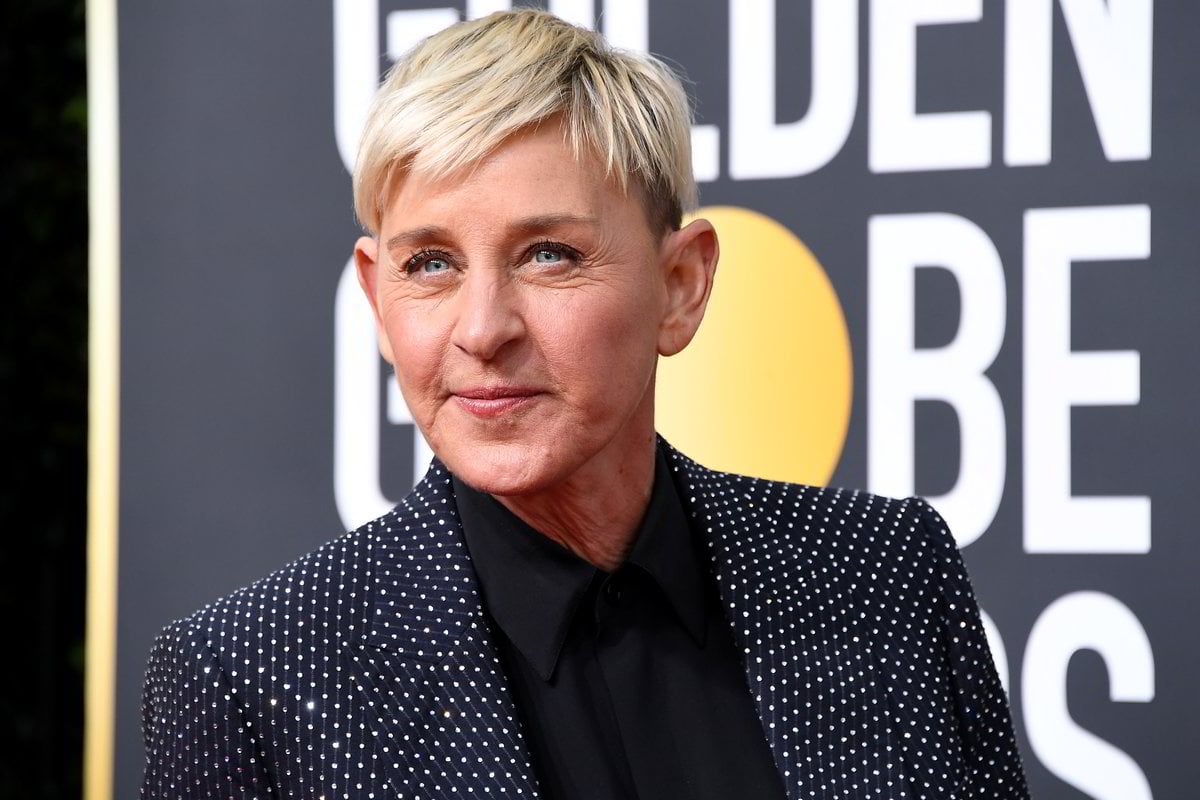 Former staff members say she never greeted them. When she did an interview in Australia for the Today show, an executive producer says they were instructed by DeGeneres' team not to speak to her, approach her or look at her.

There was that Dakota Johnson interview where she accused the actress of not inviting her to her birthday party, and then it emerged that she had, and DeGeneres had never responded. Then there was that tweet by podcast host Kevin T. Porter who decided to tell the Internet that DeGeneres was "notoriously one of the meanest people alive". He encouraged his followers to share stories they'd heard about the 62-year-old comedian and talk show host, promising to donate to a food bank in return.

Maybe meanness is okay if you dress it up enough to look like niceness.

Buzzfeed News has since published claims of a "toxic work culture", including a black woman who alleges she experienced racist comments and allegations of sexual misconduct. Neither pertain to DeGeneres herself, but rather executive producers and managers.

And so the story goes that DeGeneres has built her brand on "kindness" – imploring her audience to "be kind" for 17 years, but when she departs the stage, she becomes someone else entirely. She's a hypocrite. A Dr Jekyll and Mr Hyde. A con artist who plays us all.

Such criticism has never been waged at 72-year-old David Letterman, notorious for being prickly on-camera and off.

A Vanity Fair article published by a former staffer in 2009 opened with: "At this moment, there are more females serving on the United States Supreme Court than there are writing for Late Show with David Letterman, The Jay Leno Show, and The Tonight Show with Conan O’Brien combined. Out of the 50 or so comedy writers working on these programs, exactly zero are women. It would be funny if it weren’t true."

LISTEN: Can Ellen survive a cancellation? Post continues after podcast.

In the same year, Letterman returned from an ad break and asked his audience if he could tell them a story. Looking down the barrel of the camera he confessed to engaging in sexual relationships with several female employees while being married to Regina Lasko. She was also a former staffer.

Allegedly, the women who had sex with him found themselves with more opportunities than the women who didn't. ﻿One woman was still a student. Another was his personal assistant, and after his on-air announcement, she was placed on a 'paid leave of absence'.

The response to his admission was a "﻿﻿big, collective shrug ﻿﻿". Barbara Walters praised him for his honesty, before describing him as a "very attractive man". Mostly, the revelations were considered unsurprising.

Staffers always said he wasn't particularly pleasant to work with. One told a journalist, "there comes a moment when he turns on you," while others described him as deeply unhappy, abrasive and "crudely sexual".

The reality that Letterman was probably 'mean' was seen as merely a feature of his eccentric genius. He never pretended he wasn't.

Letterman laughed once that people accused him of being mean, "but on the other hand, I'm just trying to get a laugh, so leave me alone." And they did.

Jay Leno and Letterman never got along. With men, it's described affectionately as a 'rivalry'. With women it's always a 'feud'. But even Leno said of Letterman upon his retirement: "The one thing about Dave was, even when he was mean to me, it was funny, and that's all that matters."

That isn't all that matters for DeGeneres, though.

It is not enough for a woman to host a television show and be exceptional at it. To dance with the audience, five days a week, to ask celebrities only the questions they approve, to bring energy and laughter and wit and rapport. To be the best in the world at what she does.

She has to be kind too.

Nevermind that DeGeneres has tried to tell us, more than once, that she isn't as nice as she seems. The most famous profile ever written about her was published in 2018 with the headline: Ellen DeGeneres Is Not As Nice As You Think She Is.

It began: "She has to be the only 60-year-old woman in America who is expected to dance with total strangers wherever she goes. "There’s been times someone wants a picture, and while I’m doing a selfie, they’re like: 'You’re not dancing!,'" DeGeneres said in her office on the Warner Bros. lot in Burbank, California. "Of course I’m not dancing. I’m walking down the street."

She told interviewer Jason Zinoman: "The talk show is me, but I’m also playing a character of a talk-show host. There’s a tiny, tiny bit of difference."

In the same year as the profile she released her Netflix special Relatable, which openly mocked the down-to-earth, friendly image that had been manufactured of her. No person is that one hundred per cent of the time.

Listen to the latest episode of Mamamia Out Loud, where we discuss the allegations plaguing Ellen DeGeneres. Post continues below.

So what does it mean to not be nice enough?

Does donating $1 million to COVID-19 relief, around the same time she was classified as "the meanest person alive" count for anything?

How about the fact The Ellen DeGeneres Show has given away more than $50 million over its 13 years, from college scholarships to disaster funds?

Is it not relevant that she was the first gay woman on daytime television, and that she used that platform to advocate for LGBTQI rights? To talk about AIDS and youth suicide and same-sex marriage?

The woman has been awarded the Presidential Medal of Freedom for her advocacy work, and still she's not nice enough.

When you're a woman in the public eye, kindness is your currency. And when you eventually falter, which you will, kindness becomes the stick people will use to beat you with.

Kindness is not used against men in the same way, because they never had to promise it. Being a white man who can pull a few laughs is enough. No one will ask why you're there. What's so special about you. They won't wonder if you bake cookies for the people behind the camera or make small talk with your make up artist.

Being a woman in the public eye is a trap.

Because she can never, no matter how hard she tries, be nice enough.

Reply
Upvote
2 upvotes
Why did you have to throw WHITE man in there. Just being a male would have sufficed!
A
angela7 2 years ago