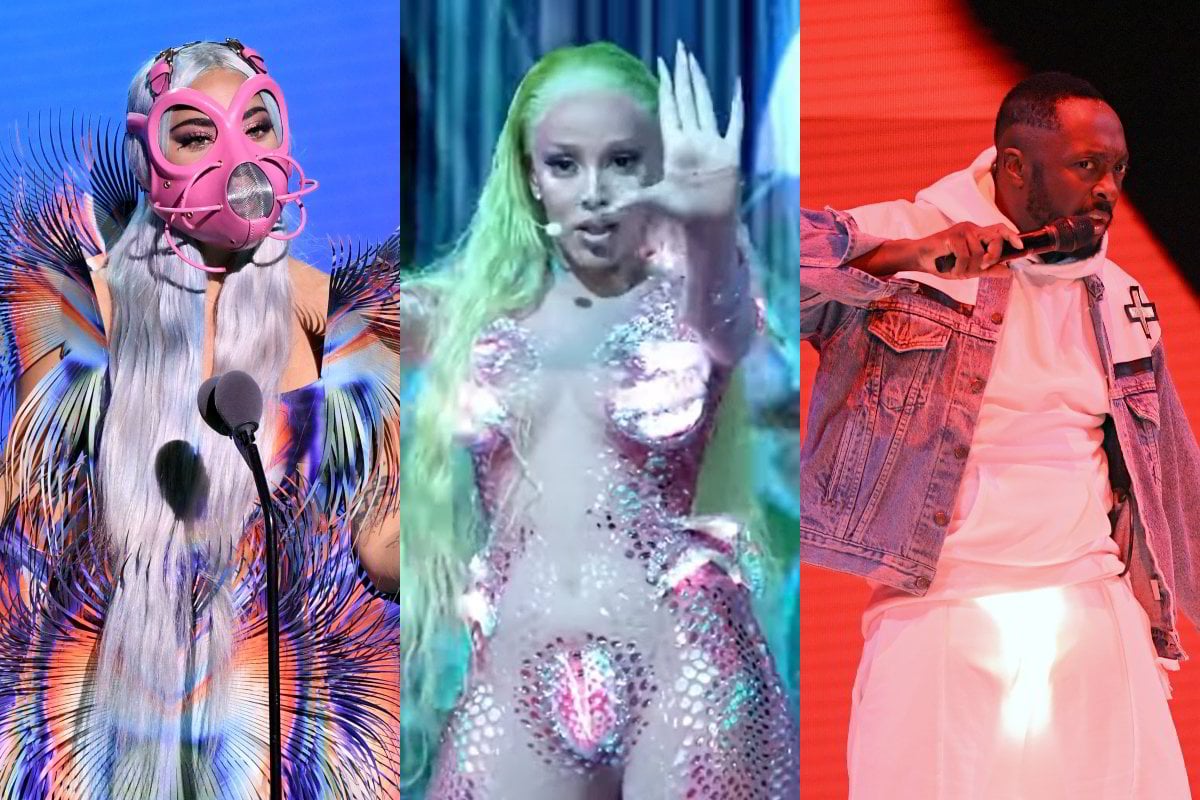 The MTV VMAs went ahead despite the... global pandemic, and if it seemed like a questionable decision BEFORE the show, well it was definitely questionable afterwards.

Masked and unmasked celebrities arrived in New York City (or dialled in virtually) for the first major awards show during the coronavirus pandemic and they probably wish they... hadn't.

Sorry but we only like the VMAs because of meat dresses and celebrity reactions in the crowd we can then turn into memes.

WE WANT THIS OR WE WANT NOTHING TBH

The red carpet, usually one of the year's most ridiculous fashion events, only hosted a handful of stars who actually photographed their looks ahead of time. Mmhm, we were bamboozled, but DON'T WORRY, THERE WAS STILL A NIPPLE OR TWO.

It is still the VMAs, after all.

Actually, given the lack of speech faux pas and awkward pauses, we're guessing the whole thing was made earlier and cut together to appear fresh, but MTV have tried to pretend it was live.

Here's the best, worst and most confusing moments you missed from the night or... whenever they actually happened.

The men decided to dress as highlighters.

Stabilo called, and it has questions. 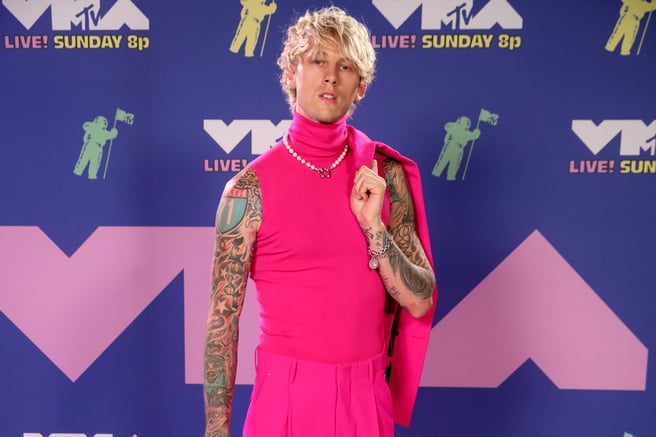 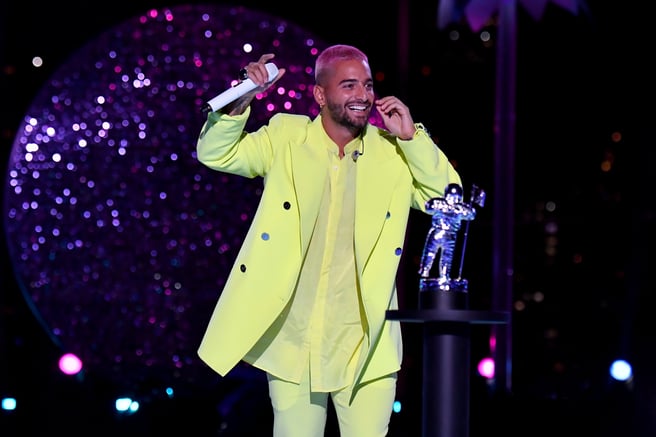 And this man is allegedly called Maluma. Image: Getty. 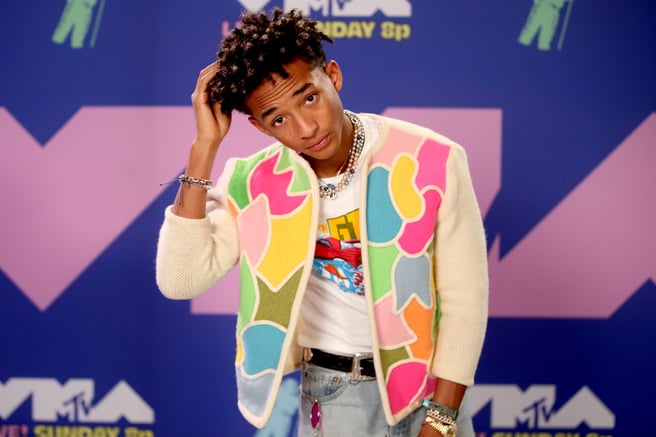 OHHH I know this one! Jaden Smith is the entire Stabilo packet. Image: Getty.

Social distancing just made it look like everyone... hated each other.

Besides performers and dancers, I don't think there was a time when more than one person was on-screen at once.

Which is good! Stay COVID-safe, everybody!

In the pre-show, there were a few (pre-filmed) interviews and I... noticed something: Social distancing makes it look like nobody quite wants to be there.

Let me show you: 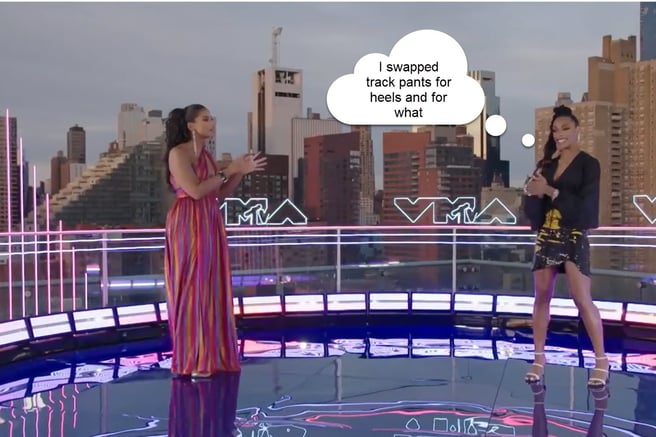 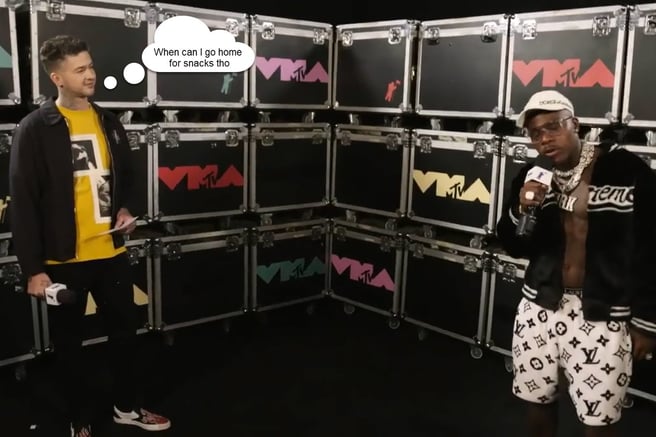 "And how does this man have my quarantine outfit". Image: MTV. 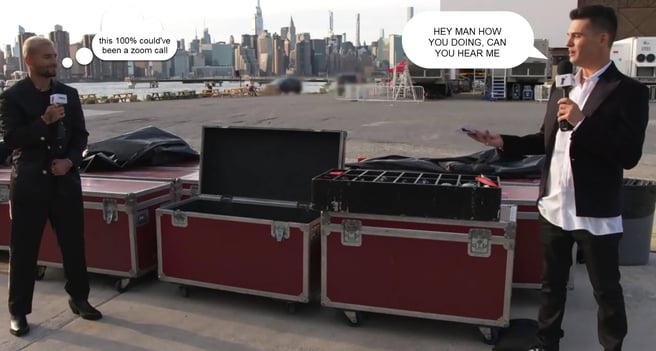 They are standing so far apart I can't use our standard crop. Image: MTV.

Bella Hadid thought this was a Zoom commitment. 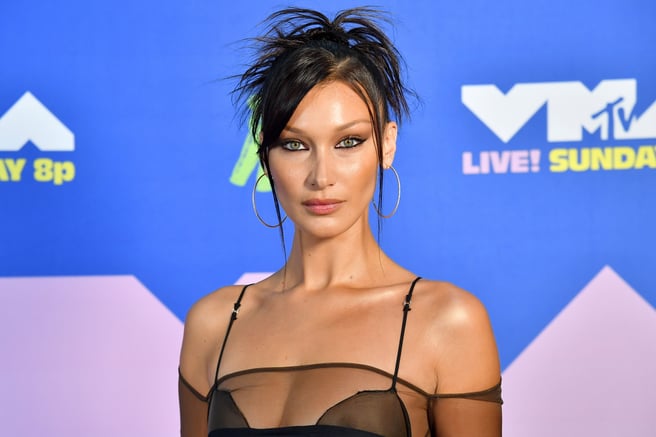 Oh... you need to see my bottom half too? Image: Getty. 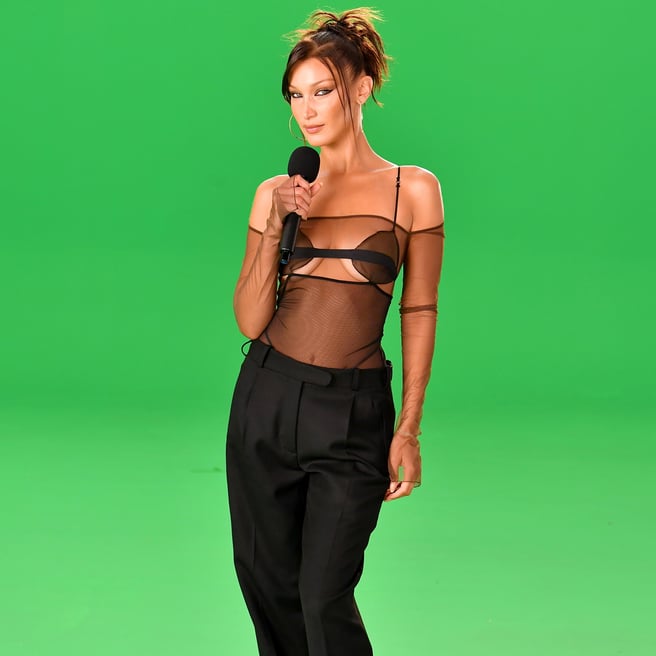 Haha okay this is so embarrassing!! Image: Getty.

Is there a bigger flex in 2020 than wearing a mask that probably cost more than our yearly salaries? This year is weird as hell. 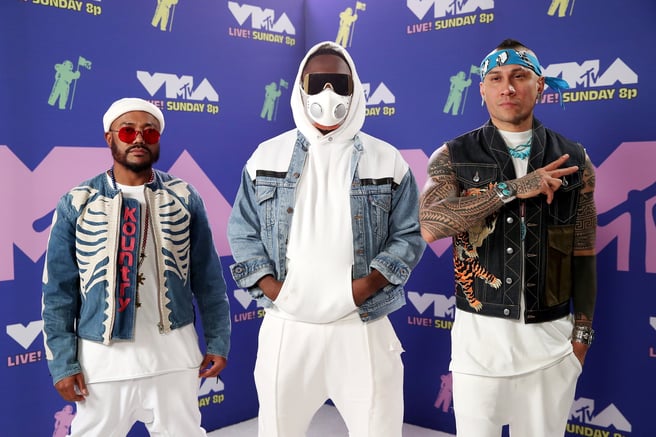 1/3 of the Black Eyed Peas wore a mask and c'mon dude, will.i.am could afford to buy you both one too! Image: Getty. 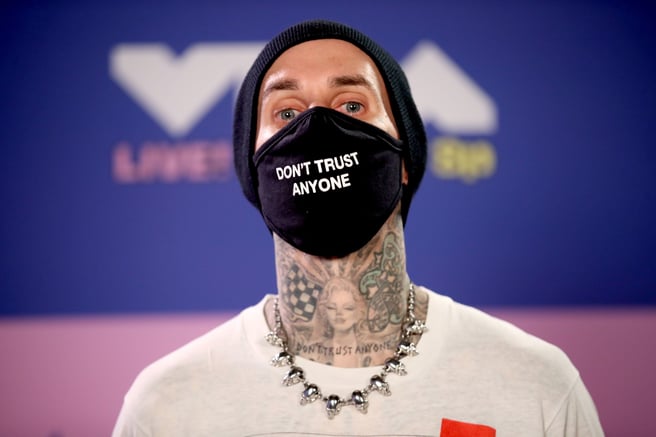 I get the feeling Travis Barker does not trust anyone. Image: Getty. 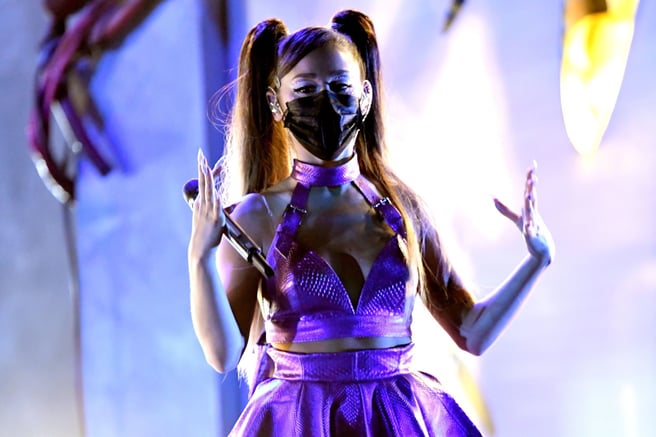 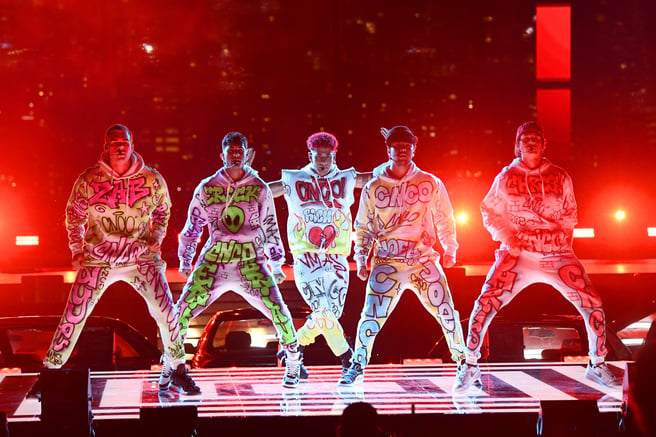 I don't know who these children are but at least they look comfortable. Image: Getty.

The Weeknd came as a visual representation of 2020.

Finally, shout out to Gaga for bringing some much needed... Gaga to this whole situation. 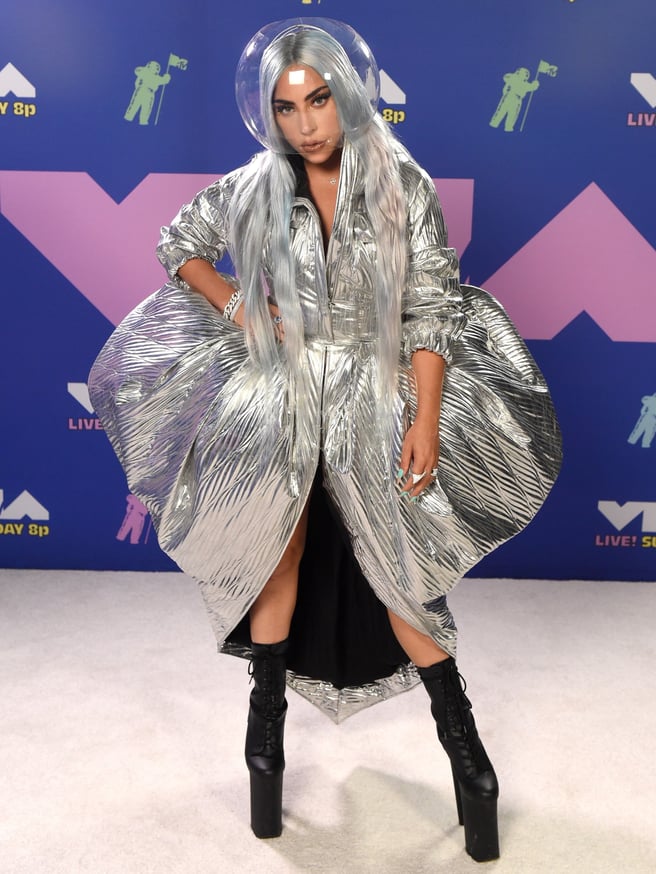 I give it 2 seconds till it's fogging up like a car window. Image: Getty. 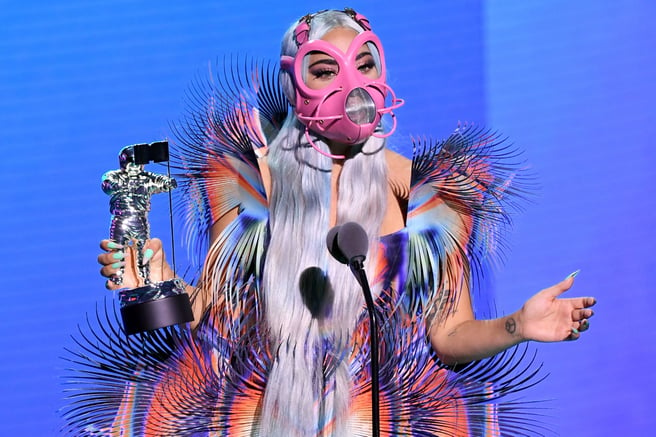 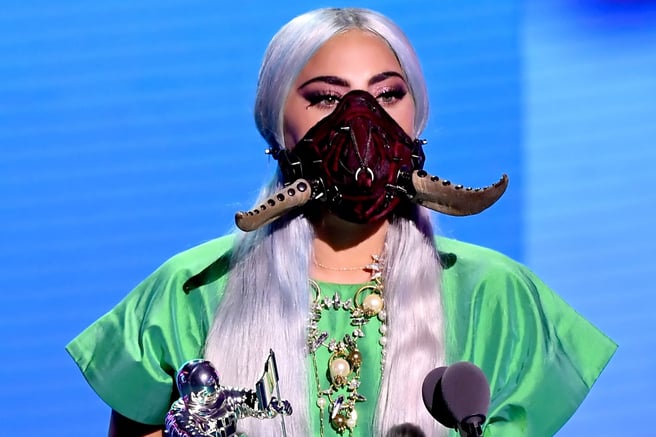 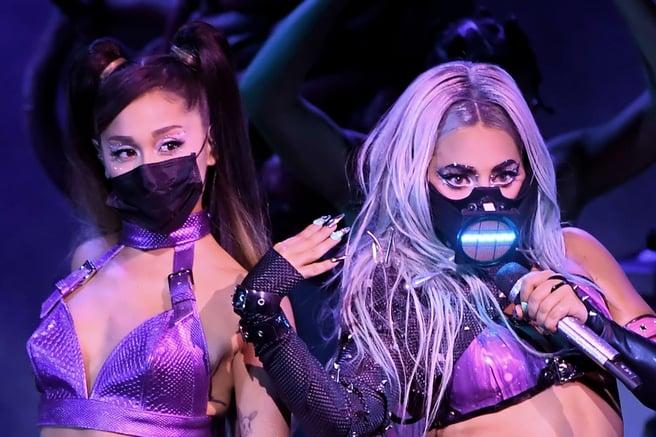 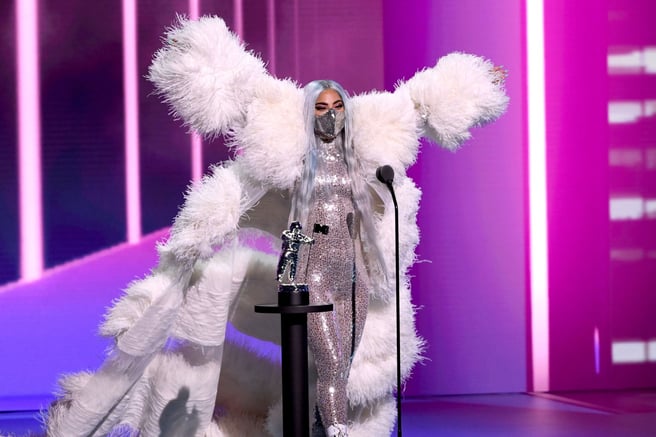 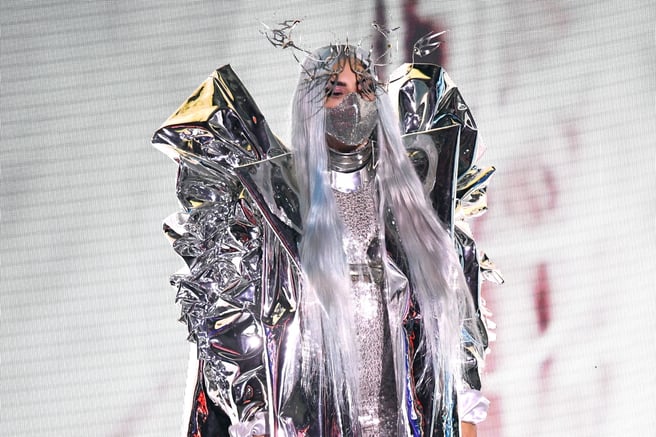 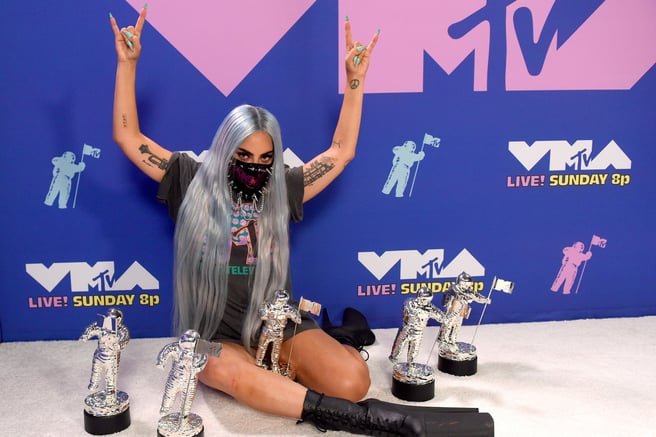 Doja Cat sang a song you'll know if you've spent more than 30 seconds on TikTok and while it was... great... we couldn't focus because HER BREASTS AND VAGINA WERE GLOWING OKAY WE'RE SORRY BUT IT WAS DISTRACTING. 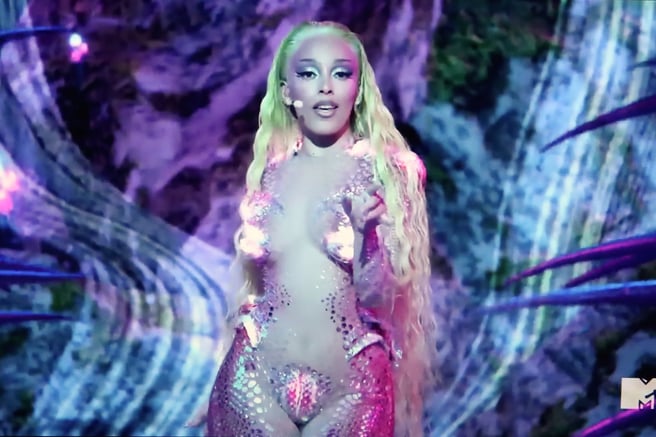 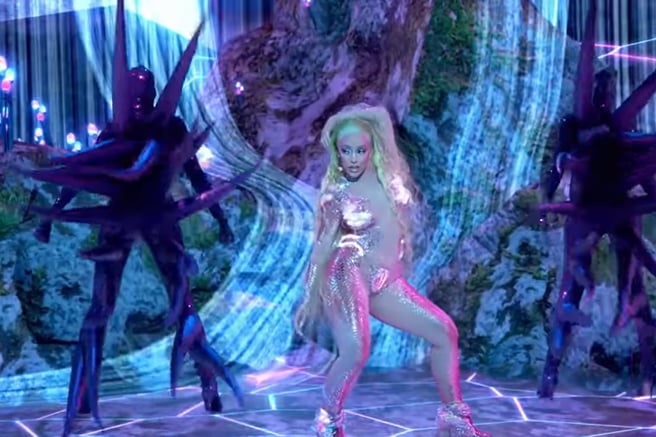 I'd just recovered from the glowing vagina when the Black Eyed Peas appeared to close the show, because apparently it is 2004. ¯\_(ツ)_/¯ ﻿

It started off fine, although will.i.am still hadn't given his friends masks. Then music started and they began... humping.

But then... no. No no no no no. ﻿There was a close-up shot of will.i.am's crotch and DEAR GOD WHY IS HIS PENIS GLOWING. 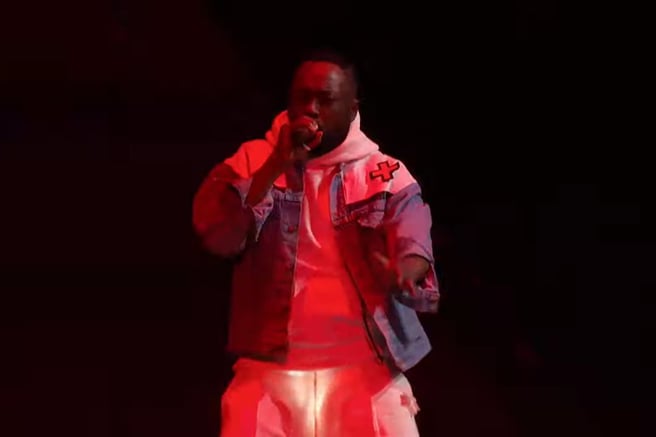 FERGIE WOULD NOT HAVE STOOD FOR THIS. Image: MTV.

Wait. All of their penises are glowing. And they're still humping. 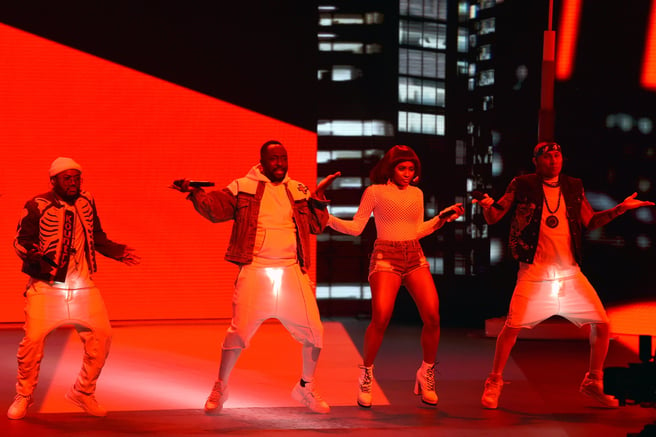 Won't somebody think of the children???

Then a Fake Fergie comes out and we... switched it off two minutes early.

Sorry but NO. THAT IS THE LIMIT.

Here's hoping the pandemic is over by 2021, because I simply can't live in a world where will.i.am's gyrating, lit up penis is the best we can hope for.