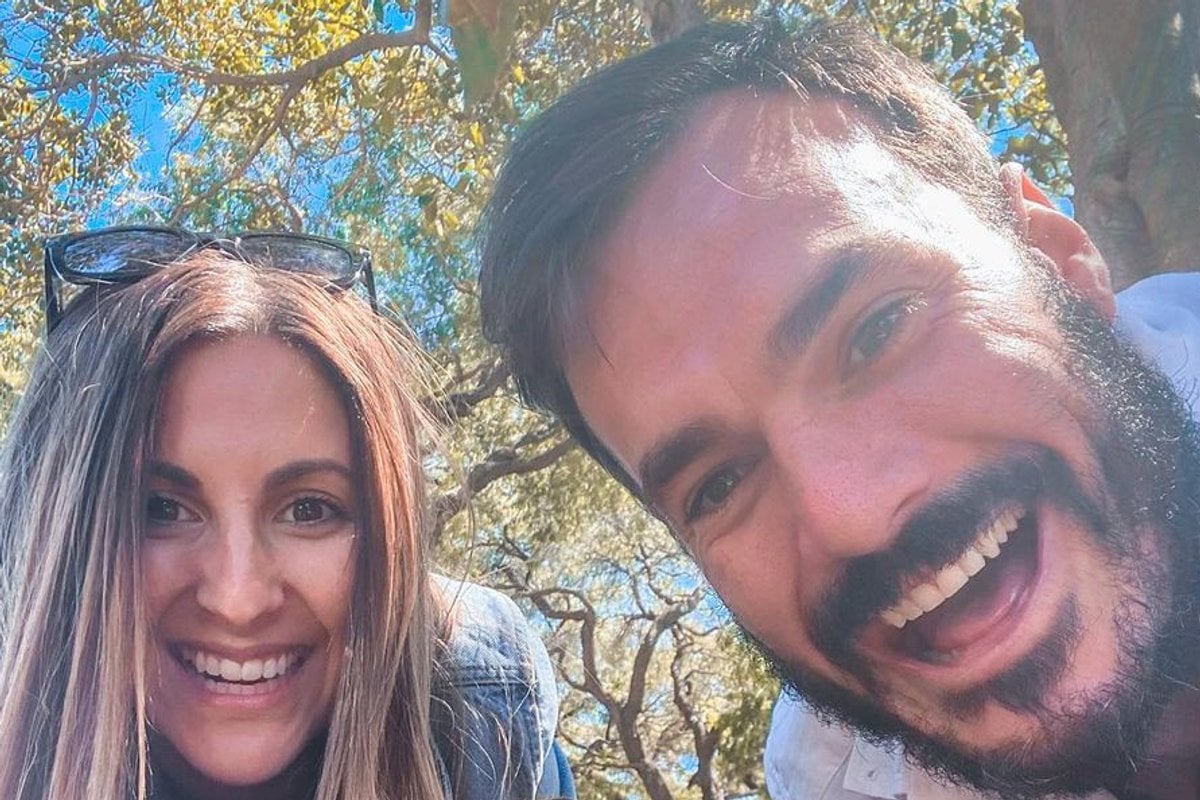 1. Irena and Locky have finally responded to those rather persistent split rumours.

For a while now, rumours have been going around that Bachelor couple Irena Srbinovska and Locky Gilbert have split.

The speculation continued when Irena recently shared that she's been "under a lot of stress" in an Instagram post.

"Had my first facial since February, this is me makeup-free and no filter. I have been under a lot of stress. Despite what you all see on socials, I've had a lot happen in my life over the last few weeks which has taken its toll on my health and skin," she wrote on her Instagram stories. 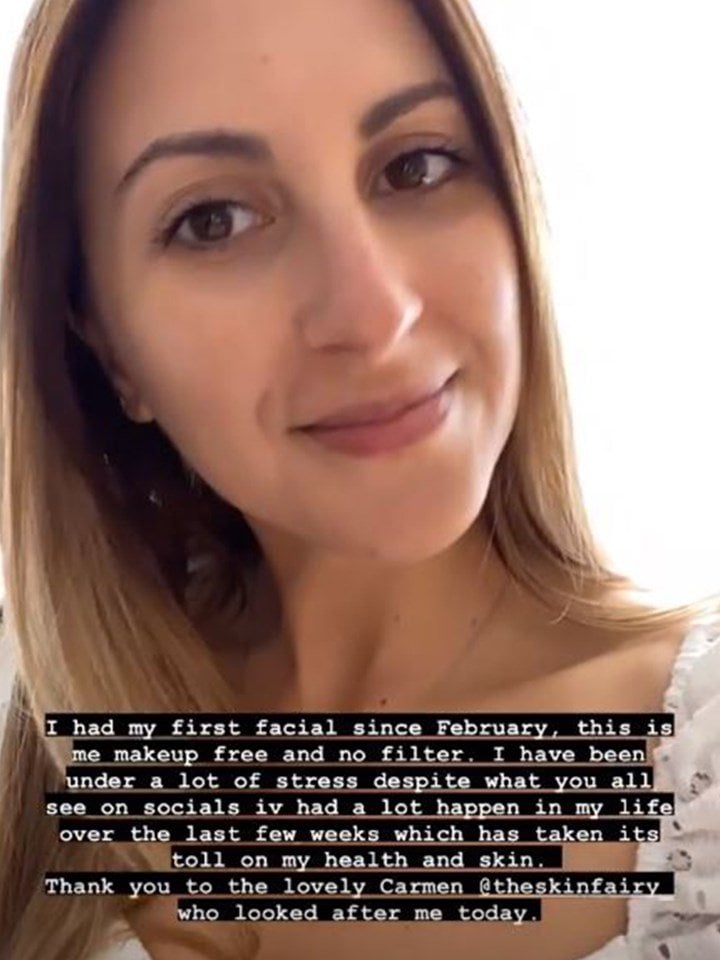 During an interview with The Kyle & Jackie O Show on Monday, the couple finally cleared up the rumours and explained that Irena's dad had recently been hospitalised.

When asked why Irena had been so "stressed" lately, Locky responded, "It is hard because everyone's going to think it's about us, but we're doing great. Irena has been worried. Her dad had a health scare and went into hospital, and that put stress on us just as we come over here [Perth.]"

"There was a while where we didn't know if he was going to make it or not. I'm so far away from them, and I was feeling helpless in hotel quarantine," Irena added.

"Being the nurse in the family, anytime there's anything medical happening everyone calls me and I just couldn't help anyone and all I wanted to do was see my dad," she added.

But despite everything going on, Irena says her and Locky are "better than ever".

"Locky is the main reason why I got through my dad being unwell. Those few days when we weren't sure if he was going to make it, it was Locky that kept me calm."

Here's wishing Irena and her family all the best!

Listen to The Spill, Mamamia's daily entertainment podcast. In today's episode, Kee Reece and Emily Vernem chat about Larsa Pippen's comments about her friendship with her former best friend of Kim Kardashian.

In case you need a refresher, Jordyn, who is Kylie Jenner's former best friend, was accused of cheating with Tristan behind Khloe's back last year.

But now, Larsa is claiming that she originally dated Tristan before he started a relationship with Khloe.

"I was kinda seeing Tristan before Khloe. Before Khloe or any of them knew he existed. I was seeing him, I had him come to LA. I brought him to a party Kim had," she told the Hollywood Raw podcast.

"I introduced him to all of them. Then a week later, or 10 days later, he started seeing Khloe. Which is fine, I don’t even care. It’s whatever. I’m the type of person that doesn’t chase what’s not for me."

It seems the drama surrounding the Khloe-Tristan-Jordyn triangle is far from over.

3. So, Becky and Adrian did date after The Bachelorette… for three days.

Now, runner-up Adrian Baena has confirmed that he and Becky did, indeed, date too.

During an Instagram video on Monday, Adrian said, "After the show, Becky called me up. She was crying and that. She said what happened between her and Pete".

He then explained that the two decided to meet up and see what would happen.

"Me and Becky, we kept in contact. Then we decided what the heck, let's meet up, let's see what happens. I went in with an open mind. What did I have to lose, nothing," he continued.

"It was really good, we had an amazing three days together. But to be honest, it was just sad. It was kind of like when you are with your ex-girlfriend, and you are looking at her, and you used to have something special, but it's just not there anymore."

"My heart wasn't in it anymore. When she picked old mate I just took a massive step back," he added.

The 26-year-old explained that after Becky chose Pete over him, he just couldn't see Becky as more than a friend.

"With me and Becky now, we are super close, and I said let's just be friends. We can be great friends. Who knows what the future holds, but right now I don't see her as anything else than a friend.

You can watch the full video here:

Appearing on Sunrise, the former British soldier explained that although Schapelle had plenty of mental strength from her years in a Balinese prison, she lacked the physical strength to get through the challenges on the show.

"I could tell straight away just by sitting her down and looking her in the eye - I knew she had that mental fortitude about her," he said.

"But physically, your game needs to be up there with your mental fortitude. One cannot lack. If one lacks, the other will take over and you'll trip up."

He continued to explain that if you don't have both on par, it will ultimately let you down.

"There’s no letting up on anything, so, unfortunately, it was her physical side that let her down," he added.

After appearing on two episodes of SAS Australia, Schapelle went home. She was the second contestant to hand in their armband and leave the SAS selection process.

5. Last night, we watched two kids, aged 11 and 12, give a masterclass in how to lose gracefully.

After being whittled down from 14 young chefs, all three of the primary school aged kids left standing in the final round were desperate to win. 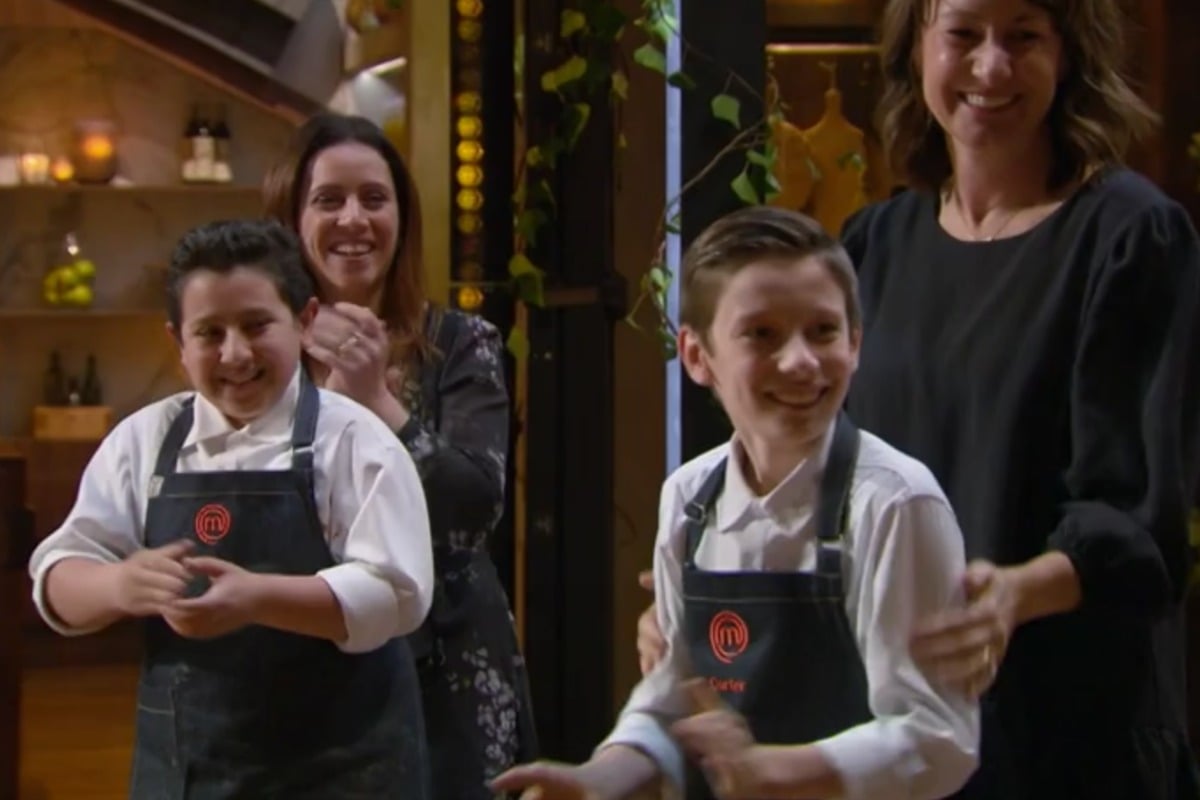 As they worked through their nerves and took on their biggest challenge yet - a two-course fine dining meal for four people - they yelled encouragement from their benches to their fellow competitors. Filo, 11, and Carter, 12, both offered their support to Georgia when she realised halfway through making her dessert that one of her elements had collapsed, causing her to burst into tears.

When it came time for the big announcement at the end of the show, they lent over with whispers of "good job" as the judges praised their dishes. They then stood grinning, waiting patiently, for judge Melissa Leong to tell them who would be taking home the coveted trophy and cash prize of $25,000.

As Georgia's name was announced, the camera quickly panned from the shock on her face to the two boys standing beside her.

Both stood grinning with genuine looks of excitement on their faces, hiding any ounce of disappointment they might have been feeling.

They clapped enthusiastically, yelled out "good job" and "you did so well" and accepted defeat graciously and without reserve.

"Seeing Georgia win, it's amazing. And I am so happy I've made amazing friendships. I am just super happy," said Filo.

For more on the Junior MasterChef finale, read our earlier post here.