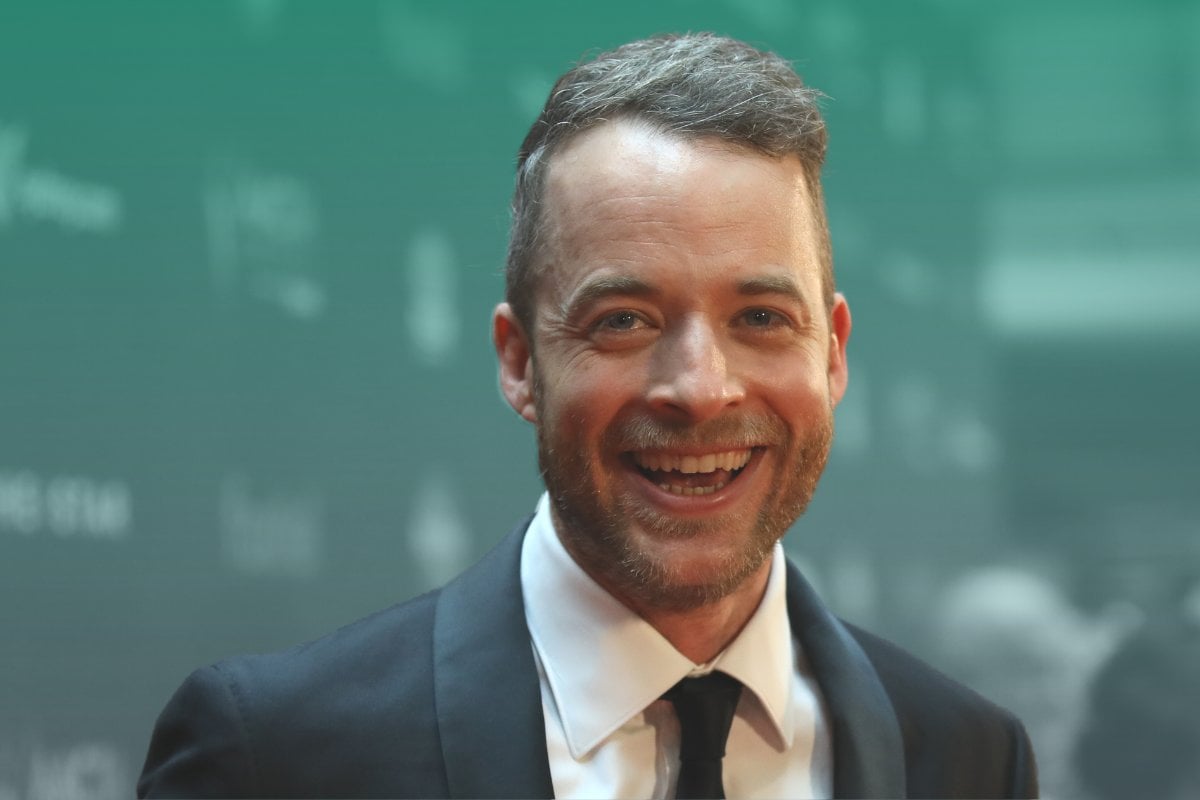 As soon as Hamish Blake was announced as one of the Gold Logie nominees in May this year, I knew, without a shadow of a doubt, that he was going to win the top gong.

Not because I don't think the other nominees – Sonia Kruger, Julia Morris, Melissa Leong, Karl Stefanovic, Ray Meagher, and Tom Gleeson – are not as deserving, but because Hamish is the epitome of the term "universally adored". And by "universally", I of course mean Australia.

OK, sure, there are people out there who do not like him. I have not met them, but I'm sure they are out there.

By and large though, most Aussies are very much on board the Hamish Blake train.

If you were watching Blake accept his Gold Logie on Sunday at 11.30pm (side note: what on earth were you still doing watching the Logies at that hour of the night? I mean, I was, but I was working. What's your excuse?), then you would have clocked his cheeky, humourous, and humble speech.

And that's exactly what Blake is: cheeky, humourous, and humble.

And that's exactly why Australia loves him.

"It’s the first Gold Logie in five years to not be decided by Tom Gleeson, so that is massive!" He said in his acceptance speech.

"My beautiful wife [Zoe Foster Blake], you don’t get to stand up here unless you have amazing people standing behind you, and you are the most amazing of people. You stole my look for tonight, and I had to quickly find this, but apart from that, I think you do it better anyway, so thank you, honey.

"I would also like to thank, you know, a little shout out to our kids, they obviously can’t be here... They can’t be here, they got last minute fake IDs and they’ve gone clubbing. But I know that they’ll watch this tomorrow, when I make them, on YouTube, so, to Rudy and Sonny, obviously winning an award is nice, but the greatest prize – close your ears, Logie [covers the ears of the Logie] – the greatest prize is obviously getting to be your dad."

"Whether you watch Lego Masters or any of the shows that are represented here tonight by this industry, it has been a really weird last couple of years for the TV industry, really tough," he continued. "I know I speak on behalf of everyone here today when I say we’re so grateful to be able to get to do what we do in this room.

"We know we’re super lucky to have got to keep working and to do what we love, and we really couldn’t do it without the people at home. And if you’re watching this, you’re an insomniac, but you’re also someone who supports Australian TV, and we would not be here without you, so thank you, to the people at home."

Unlike previous Gold Logie speeches which were more personal or heavier in nature (from the likes of Carrie Bickmore, Waleed Aly, Samuel Johnson, and Grant Denyer) or blisteringly sarcastic (Tom Gleeson), Blake's speech was an upbeat, feel-good moment.

In a recent episode of Mamamia Out Loud titled 'How to build a Hamish Blake', podcast hosts Mia Freedman, Emma Gillespie, and Holly Wainwright discussed just why the LEGO Masters TV host and radio host is so beloved.

Listen to the Mamamia Out Loud episode. Story continues below.

"Does the man ever put a foot wrong?" Wainwright asked.

"So I have a theory that young players who look at Hamish Blake and think, 'I want to be like him', that you can break down his appeal into some significant parts," Wainwright said. "Because I don't know anybody who does not like him. I don't mean personally, necessarily, but who doesn't enjoy what he does and admire him to a point - men and women. And I think he very much epitomises a very desirable type of masculinity now, the peak of Australian masculinity that we are all into.

"And I think it all comes down to a few things. For a start, you've gotta say, he's very good at what he does. I watch LEGO Masters with my kids and every single break, and he is giving it everything, original ideas, he doesn't do the same joke twice, he's always in it.

"That kind of 'work hard, take it seriously, give it your everything' is often mocked in women, but Hamish Blake makes it look effortless so it passes off."

Wainwright thinks there are a few things Blake does that guarantees his status. He is:

- Cheeky but never controversial. (Which, by the way, is exactly what I said. Great minds think alike!)

- Complimentary of his wife in a public way.

- An engaged dad, who takes on traditionally female roles, like making cakes. But he's still a bloke who loves the footy.

- Very successful but not ostentatious about it.

- Handsome, but not too handsome.

"He just manages to do all of the things that we want people to do without pushing it to a point of tastelessness," Wainwright said.

"I feel like if you wanted to build a Hamish Blake, you could deconstruct all those bits and try and put it all back together. You probably wouldn't be as charming as him, and I don't think you could make it in a female shape, but I think those are the things that make him so successful."

"How is it that we don't know what he thinks about anything?" Freedman asked. "How has he avoided having had to have opinions about things?"

"I think that might just be the secret," Wainwright said. "I think that's the certain kind of fame he has created – that he and Andy [Lee] have created. Where they were on a daily radio show, but they don't talk about issues or thorny things. They don't delve into that territory. He never comments on any of that stuff... I suspect deeply if he was a woman, he would not get away with that."

In summary, the secret to Blake's success is that he is Australia's everyman.

Because let's face it, there's no such thing as Australia's everywoman.

Reply
Upvote
I would argue that Australia's everywoman was Lisa McCune. Didn't she win 4 gold logies or something?
F
fzmclaren 15 days ago