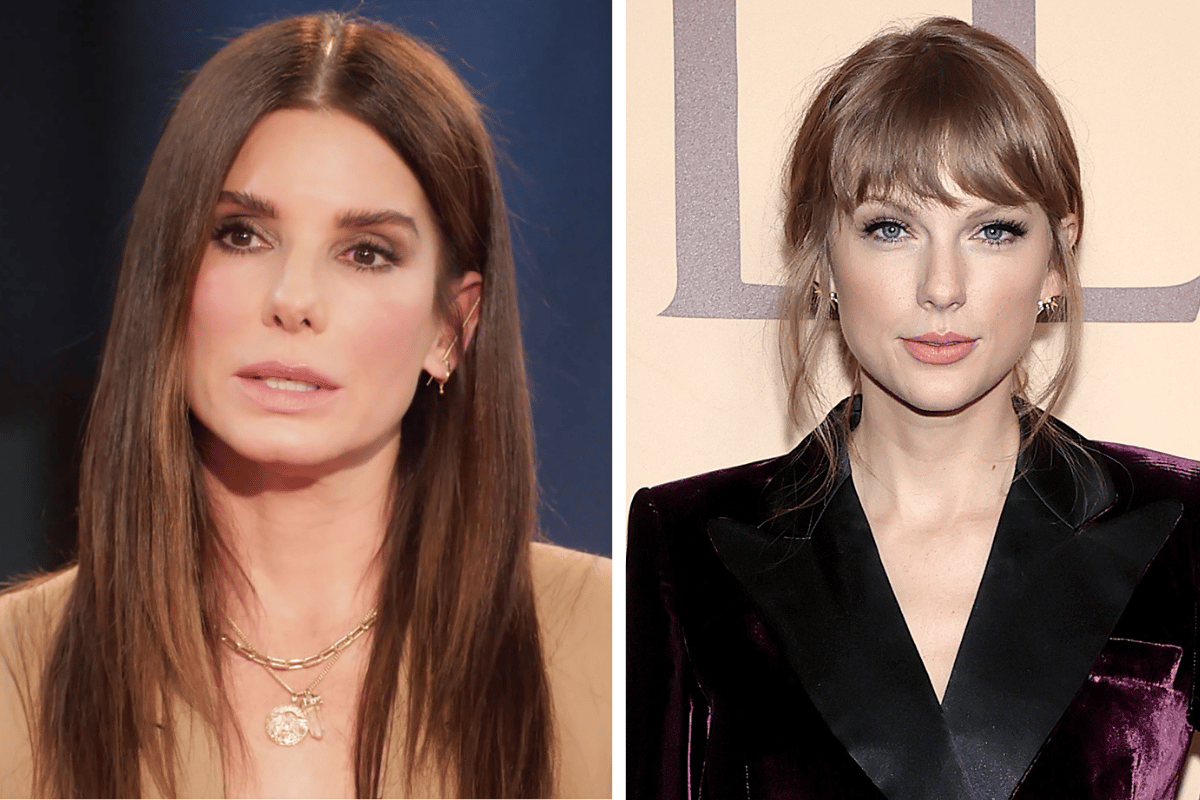 This post deals with topics of stalking, suicide, attempted rape, murder and violence, and may be triggering for some readers.

Often referred to as "the dark side of fame", the once private lives of celebrities becomes tabloid fodder. But it's also their personal safety that can be compromised as well.

The Kardashians have often shared stories of their stalker encounters, but they aren't the only celebrities to have experienced these scary ordeals.

Fortunately in this day and age, the act of stalking is taken far more seriously than it used to be, both in relation to the impact on the victim, but also from a criminally liable sense too.

As California prosecutor Rhonda Saunders told ABC News, these stalkers put their victim "on a pedestal, but then once they're rejected, its anger, rage and rejection."

She continued: "The Internet makes it easier with YouTube and Twitter because these stalkers believe that the celebrities are actually talking directly to them. They think that they have a relationship, and there's a lot more information out there about the victim."

Award-winning actress Sandra Bullock awoke in her Los Angeles home at 5.30am on June 8, 2014, to the sound of "loud banging". Soon after she heard an explosion. 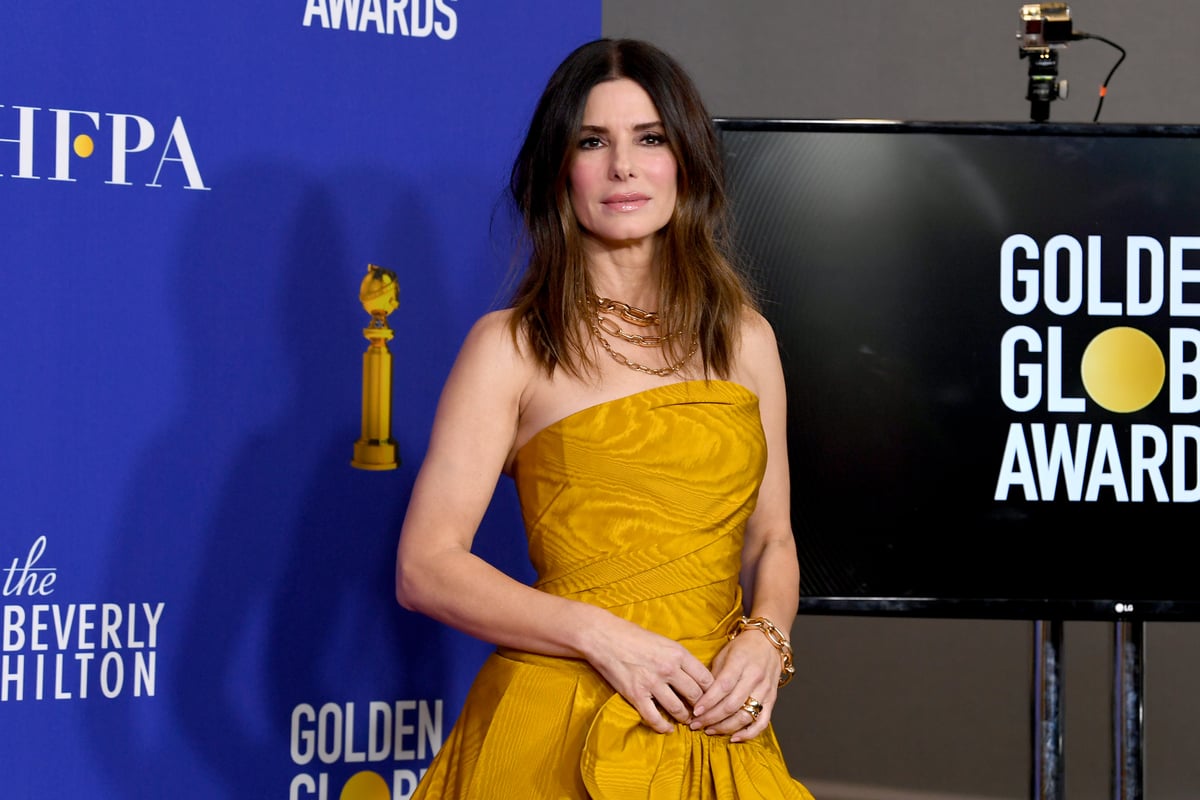 Bullock, who was home alone, then saw a man walk past her bedroom door. Fearing for her life, she rushed to hide in her wardrobe, locked herself in and dialled emergency services as a man "pounded" on her bedroom door.

A notepad the man was carrying contained scribbled diary-like entries. One said, "I love you and you are very special to me. And without you in my life there is only misery. I've waited and waited but you never come."

In other parts, according to court papers obtained by The Wrap, Corbett described "lurid and sexual acts" and entries "detailing his intention" to "sexually assault" the actress. Chillingly, surveillance cameras around Bullock's home showed that he had skulked outside it three days earlier.

Speaking on the horrific ordeal on Red Table Talk, Bullock said she has suffered PTSD since and hasn't "been alone since the day" of the invasion. 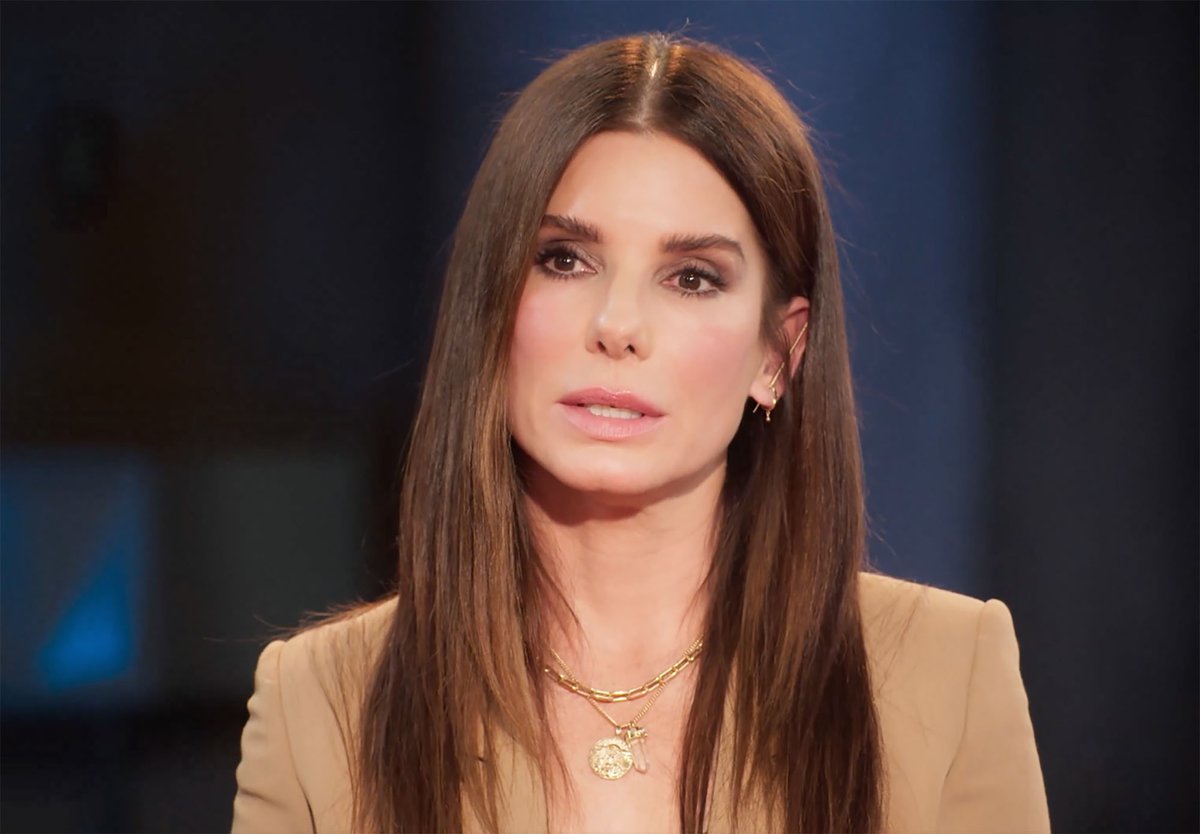 "What's sad is that the system failed him," she said on Red Table Talk. She has since sought treatment for her PTSD and found that EDMR therapy has been the "most healing" option for her.

Taylor Swift has had a number of experiences with various stalkers attempting to break into her homes over the span of her career.

In 2021, two men were arrested for separate attempts at breaking into her New York City apartment. One was sentenced to 30 months in prison for not only stalking, but threatening to kill Swift.

In 2018, Julius Sandrock drove from Colorado to Swift's home in Beverly Hills. He was masked and had a knife with him. Swift later filed a restraining order against him.

Mohammed Jaffar was also arrested in 2018 and sentenced to six months in jail after repeatedly attempting to break into Swift's NYC home in 2017. 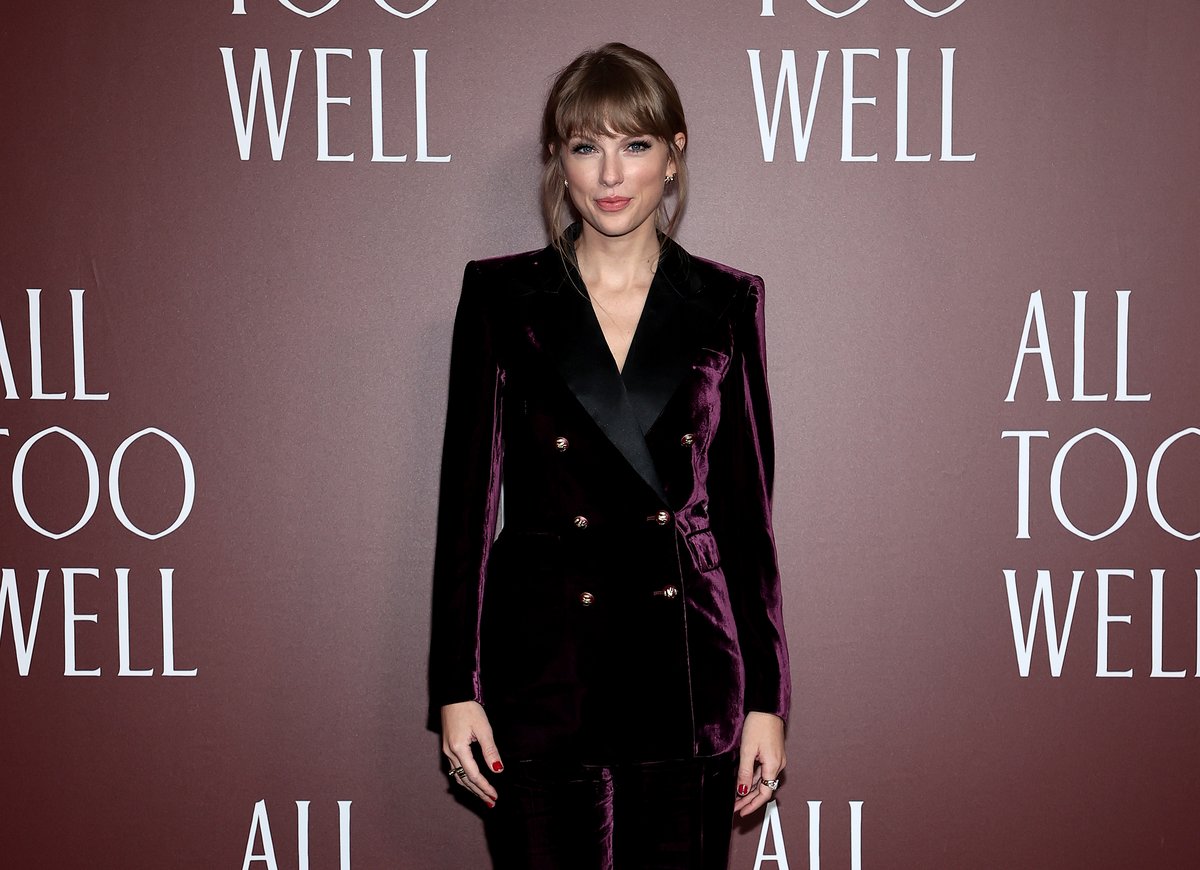 In a 2019 interview with Elle, she said she carries army-grade bandages for gunshot or stab wounds. "You get enough stalkers trying to break into your house, and you kind of start prepping for bad things."

Just this week, Morgan Mank was arrested shortly after 3am on Thursday after he crashed into Swift's NYC apartment building and tried unsuccessfully to gain entry.

Mank was taken to a hospital for an evaluation and later arrested on charges of driving while intoxicated.

Late last year, Willow Smith opened up about her frightening experience with a cyberstalker via Red Table Talk.

Speaking with her mother Jada Pinkett Smith and grandmother Adrienne Banfield Norris, the 21-year-old said her cyberstalker had broken into her home while she was away.

"Cyberstalking is a little bit more insidious and scary. This guy was doing that to me. And he was actually doing that to me for a couple of years, actually. He basically got my patterns. During December when we were gone for a family vacation, he actually came to my house and broke in while we were away. Crazy, crazy times," she shared on the show.

After the ordeal, she then sought a restraining order against the man, saying: "He was a paedophile. I had to go to court and testify about it." 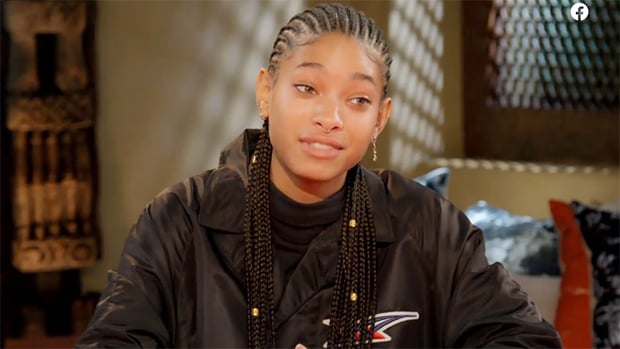 Neither Douglas nor Zeta-Jones had ever met Knight, but she had become infatuated with Douglas after seeing him in movies such as Fatal Attraction.

After reading about an alleged affair by Zeta-Jones in a supermarket tabloid, Knight sent the actress more than two dozen threatening letters and allegedly made repeated phone calls to her agents and hotels where the couple would stay, using the Internet to garner information.

Knight threatened she would cut Zeta-Jones up into pieces and feed her to dogs if she didn't leave Douglas. 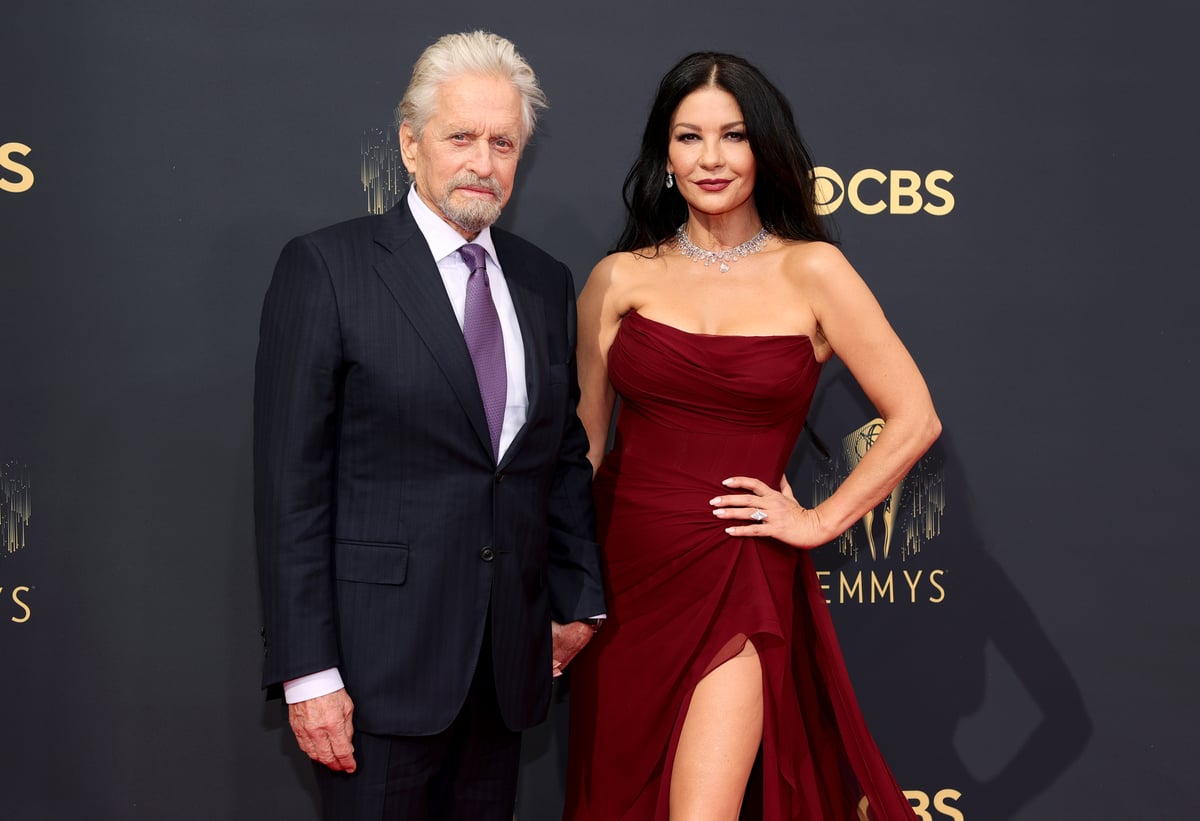 Knight was jailed for three years after Zeta-Jones described their stalker as "simply evil".

"This woman is not insane. She is simply evil. This person was very articulate in how she was going to kill me," the actress wrote in her victim impact statement.

"You have profoundly affected me in how I conduct my life, from the first time I was aware of this nightmare. Your actions will be with me for the rest of my life: how I will be constantly observing, looking over my shoulder."

Ariana Grande has been through some challenging times in her career and personal life.

But she has also, sadly, had to deal with threats of stalking too.

In August 2021, Aharon Brown was wielding a knife outside her home and threatening her safety. In court documents seen by Page Six, Grande said she was fearful for her life.

"The fact that Mr. Brown has been regularly coming to my home for over six months terrifies me. Based on his threats, I am fearful for my safety and for the safety of my family. I fear that [without] a restraining order, Mr. Brown will continue to come to my home and attempt to physically harm or murder me or members of my family," she wrote in her statement. 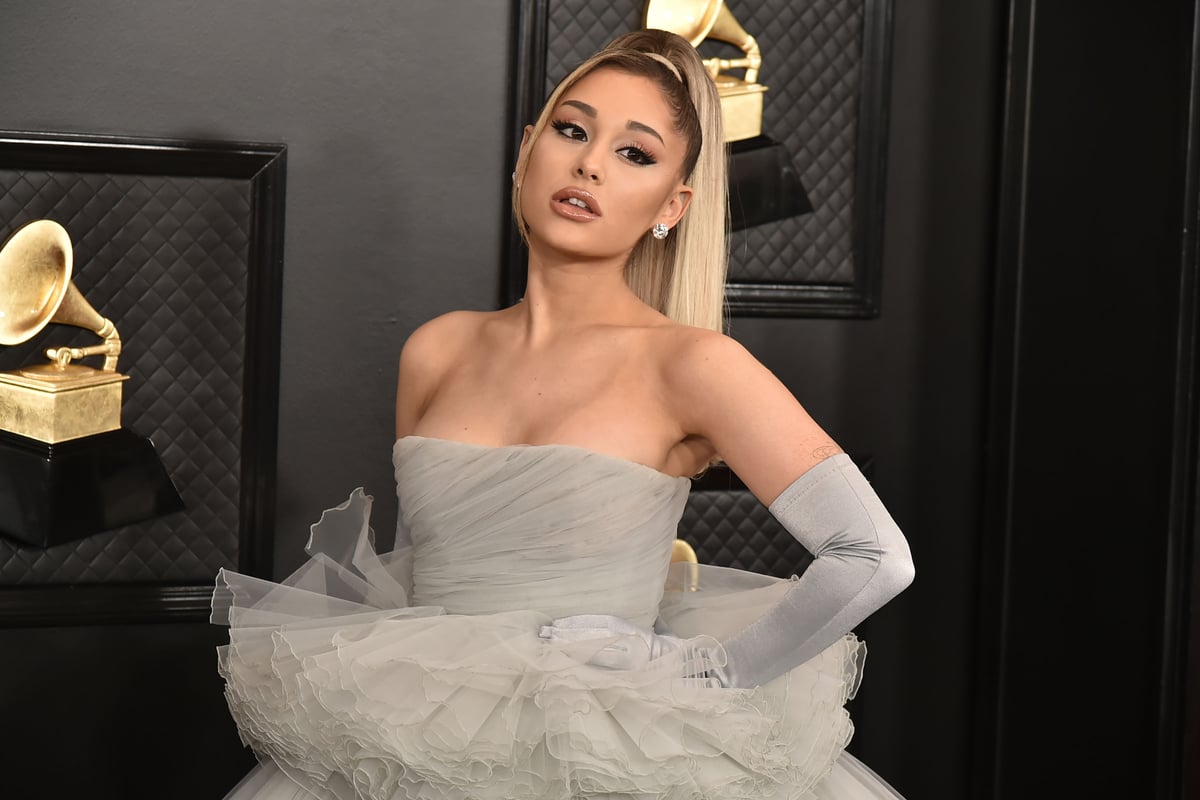 Brown's visits to her home were "sporadic" at first, but became more frequent: "nearly every day, and sometimes multiple times a day".

So in August 2021, when Brown was once again asked to leave by the singer's private security team, he became "combative" and returned with a large hunting knife at night, yelling: "I'll f**king kill you and her", referencing Grande and her manager.

Grande did secure a five-year restraining order against Brown.

In May 2020, Grande was granted an additional restraining order against another stalker, named Fidel Henriques. Henriques is not allowed to contact or be near Grande or her mother. 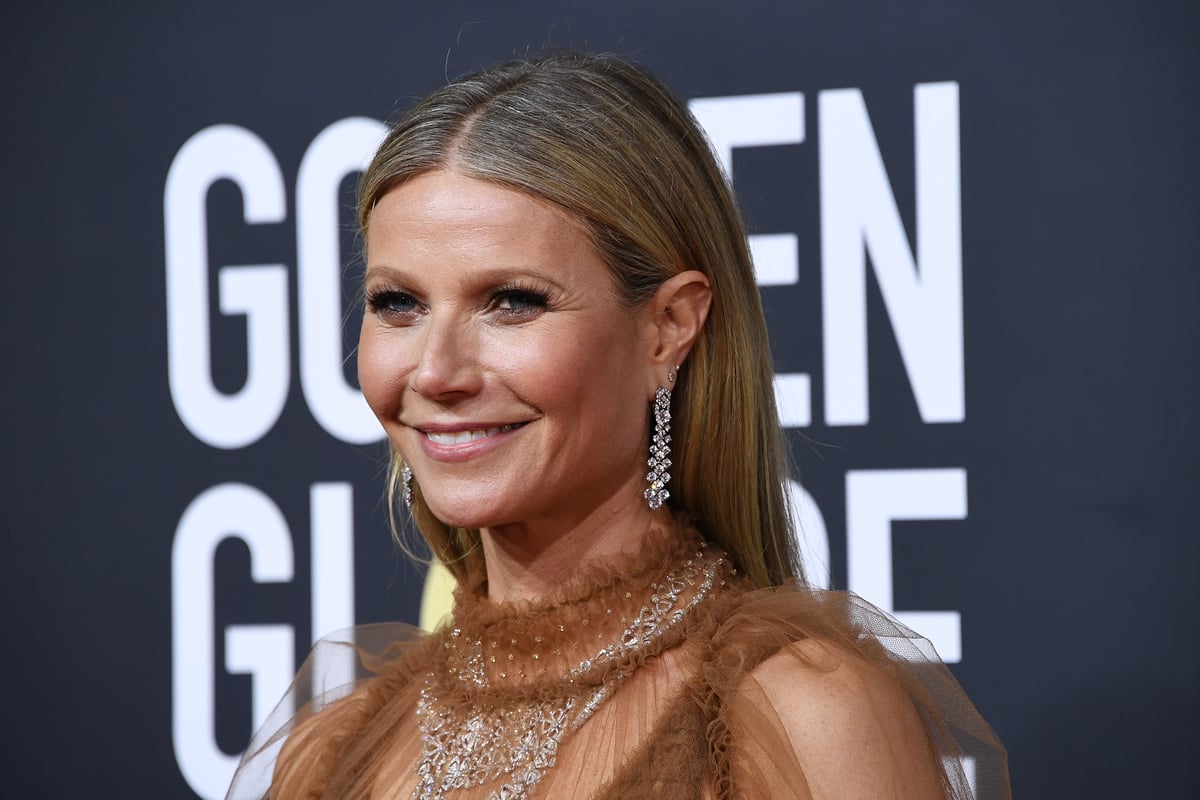 Gwyneth Paltrow was stalked by Dante Soiu for over 17 years.

In 2000, Soiu was sent to a psychiatric facility after a previous stalking case involving the actress.

In 2015, Paltrow pressed charges against Soiu for his repeated behaviour.

Paltrow gave evidence in 2016 in which she claimed she was sent around 70 messages between 2009 and 2015 by Soiu. She said the letters ranged from "religious to pornographic to threatening", and some of which talked of her death.

"I've been dealing for 17 years with the communications from this man. I felt very upset by it... this has been a very long and very traumatic experience already," she said.

Soiu was however acquitted of felony stalking and attempted stalking by the jury, his lawyer saying he "just needed the right medication" rather than jail time. 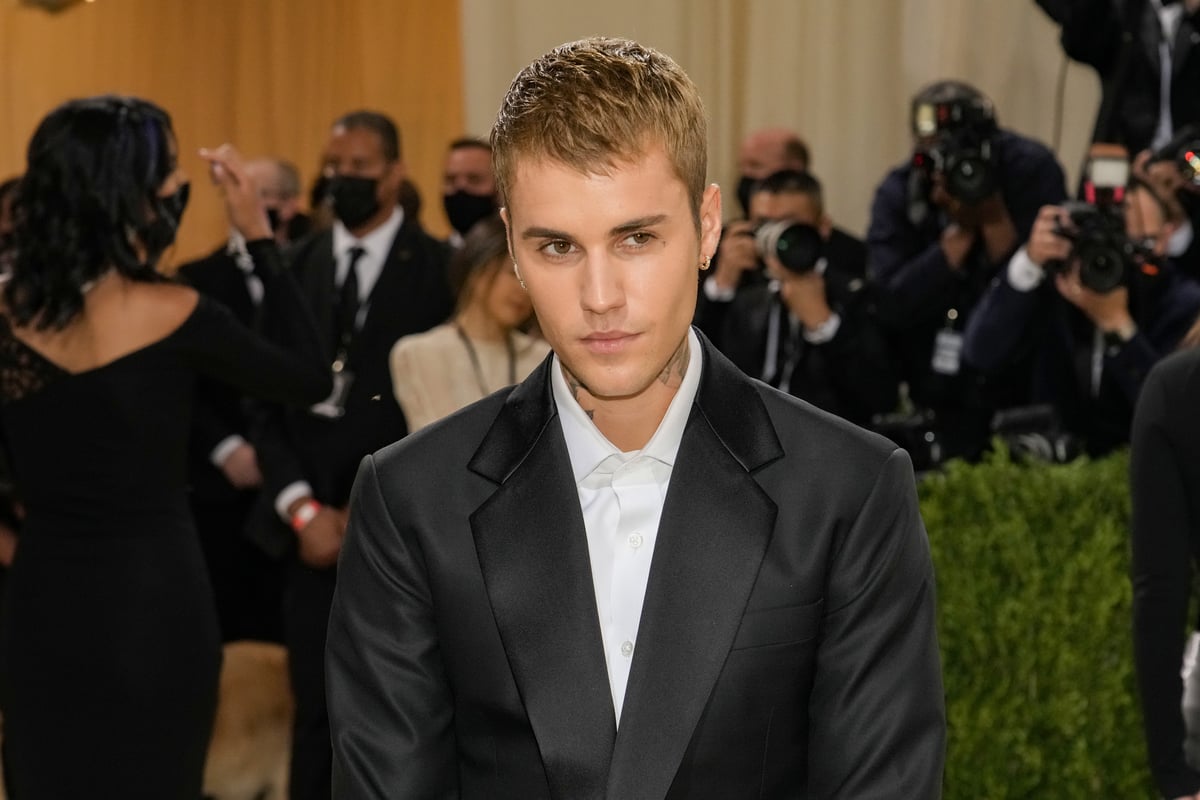 This story is truly shocking.

Back in 2013, Justin Bieber was stalked by a 41-year-old who wanted to "castrate and murder him".

Mark Staake and his nephew, Tanner Ruane were caught in New York City while planning to castrate Bieber with garden shears and then murder him. They were apparently operating on orders from 45-year-old Dana Martin, who said his reasoning for wanting to castrate and kill Justin wasn't "just so people will know who I am. It's because he changed, and that made me angry."

Martin is currently serving two consecutive life sentences for raping and killing a 15-year-old girl. In an interview with Details magazine, a publication that ceased printing in 2015, Martin said: "If I was free, here's what I'd want to do: put Bieber in a cage, rape him repeatedly, and put it on YouTube." 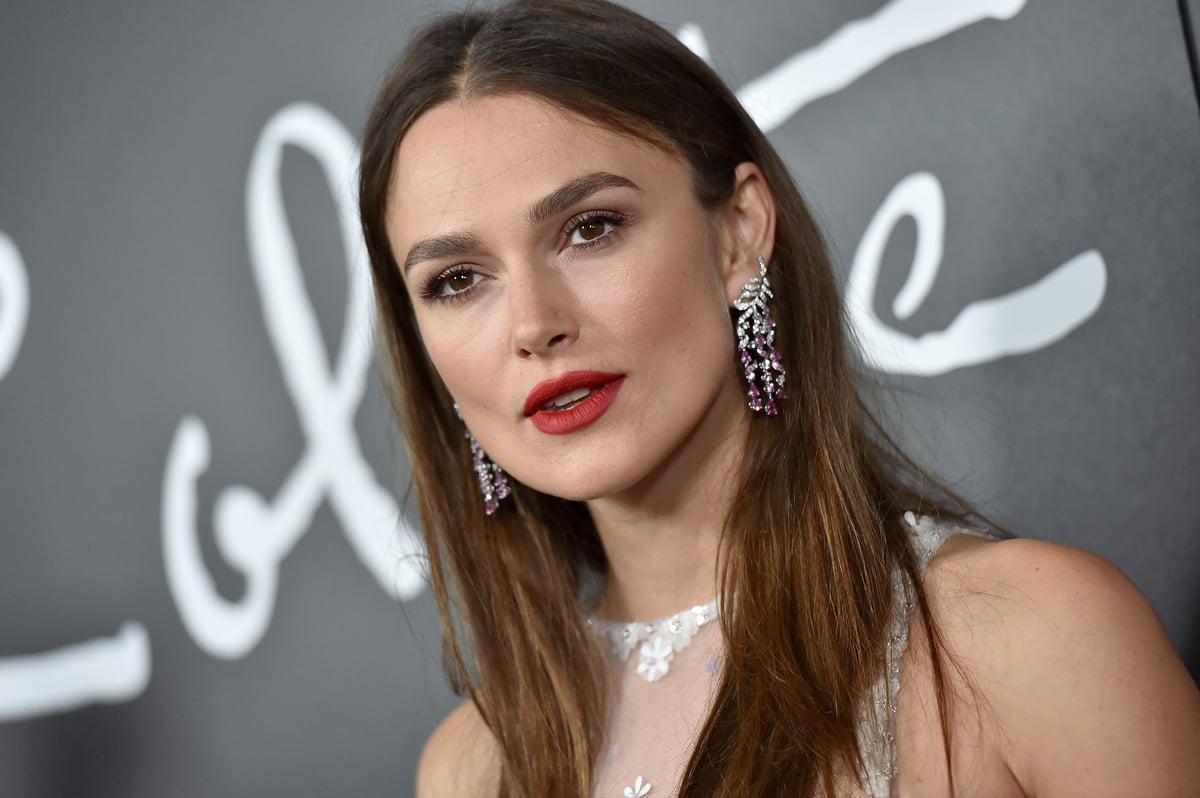 Stalker Mark McCattipus made repeated visits to Keira Knightley's London home in 2016. At one point he meow-ed at her through the letterbox of her house, and also used chalk on the pavement to draw arrows pointing to her door.

In a statement read out to the court during the trial, Knightley wrote: "His actions have had a severe impact on my life and the lives of my family. Since I reported the incident to the police, we are now looking to move house outside the borough."

She continued: "I am scared every time I go outside. When I return home I have to look behind me concerned, I don't know who might be in the shadows. If I was to see this man again I wouldn't know what to do. If I was with my child we wouldn't be able to run away easily. The thought of my daughter being at risk is my worst nightmare."

The stalker was sentenced to an eight-week prison sentence, ordered to join a mandatory mental health treatment program and was also given an indefinite restraining order which bans him from contacting Knightley and her family. 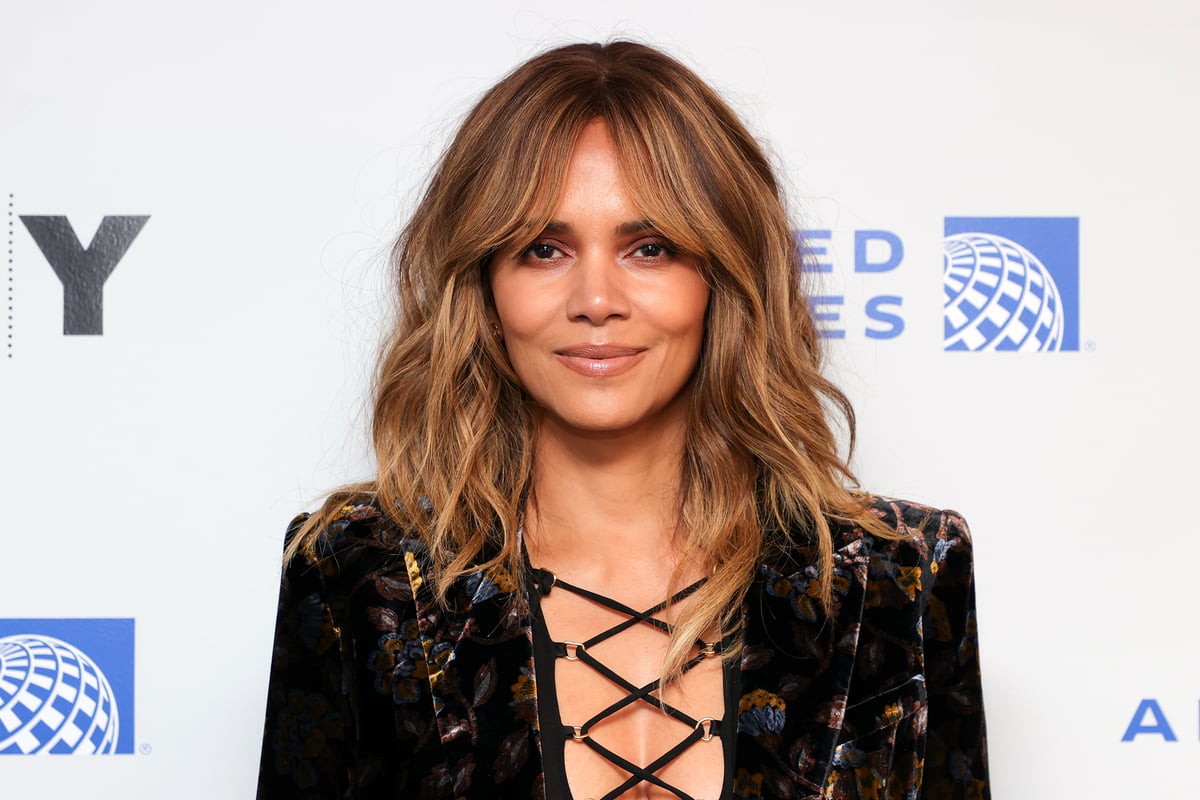 In July 2011, Richard Franco was found to have broken into a guest house at Halle Berry's Hollywood home.

Berry said Franco tried to gain entry into her home and "terrorise" her over three days from 9 July 2011 before he was arrested on the night of 11 July.

He was found guilty of stalking and was sentenced to just over a year in jail. He was also ordered to undergo psychological counselling and stay away from the actress for ten years.

In 2014, Che Cruz was arrested twice in a week at the home of Selena Gomez, charged with felony stalking.

Cruz was also charged with violating a court order to stay away from the singer.

Although her home is located in a gated community, and has several security cameras installed, Gomez had to make several 911 calls because she feared for her safety.

In 2015, Gomez decided to sell her home and move elsewhere in order to get away from her stalker. 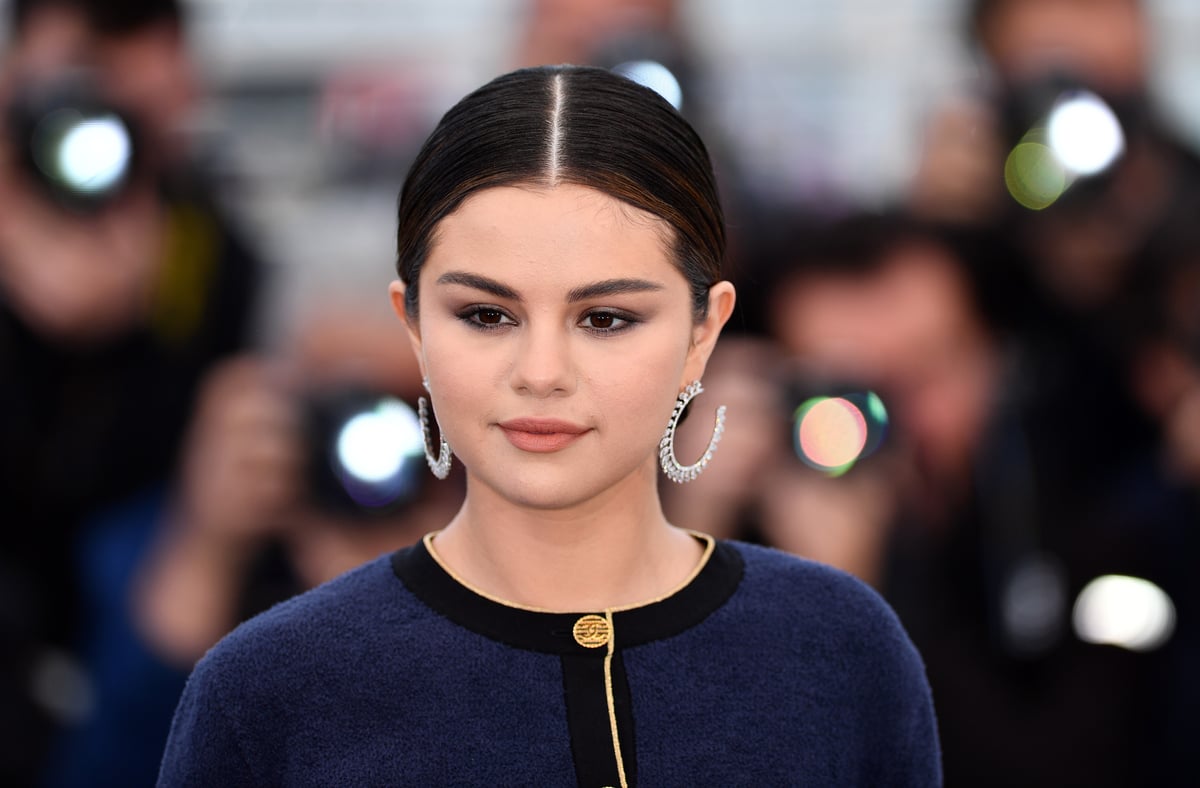 If you or anyone you know has been the victim of a sexual assault. Help is available. Call the National Sexual Assault, Domestic, Family Violence Counselling Service 24/7 on  1800 737 732.