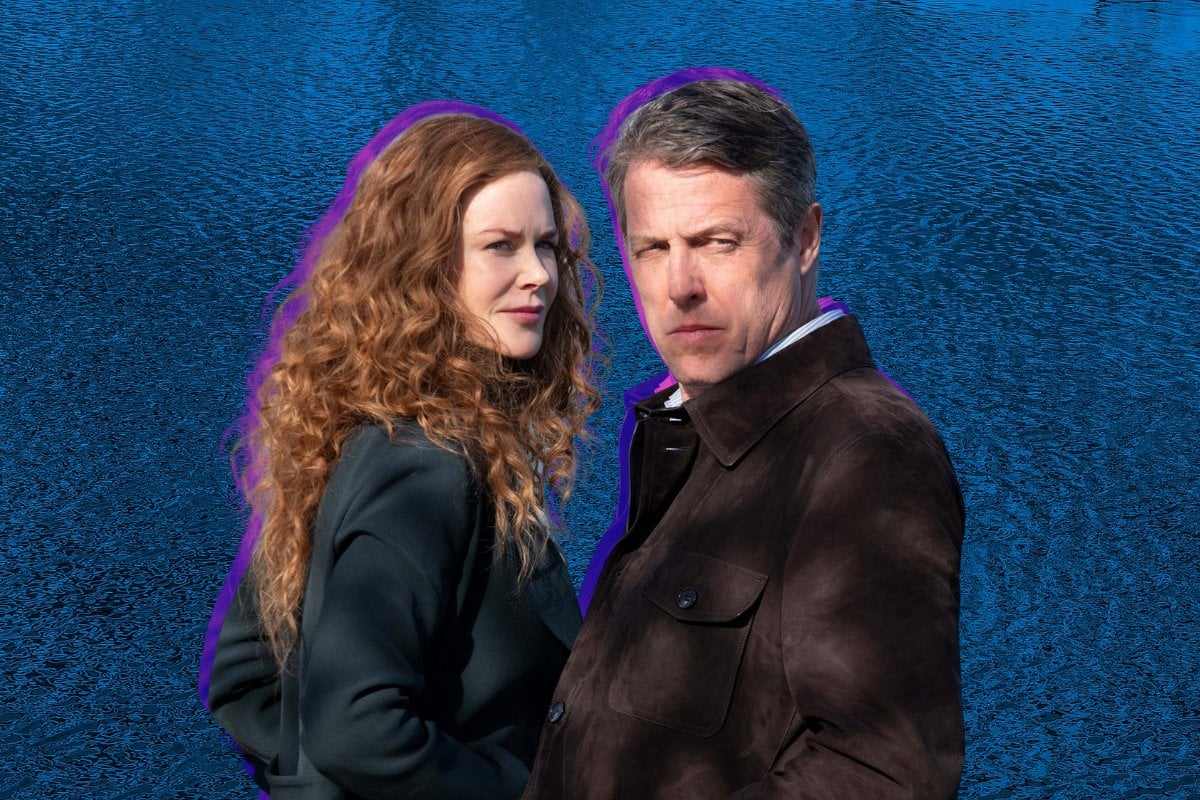 The opening scene of The Undoing feels like a rom com or family dramedy we've watched many times before.

As Jonathan struggles to do up his tie, Henry badgers him for a dog.

"We can't have a dog," Jonathan replies in Grant's sardonic British accent. "Because, as I've said, all dogs make my throat close up, which means I can't get any air to my lungs, which makes me die, so it's undesirable."

WATCH: The trailer for Binge's new thriller The Undoing. Post continues below.

Of course, this isn't a rom com or a family drama, it's a psychological thriller and everyone involved in that cosy family scene is hiding a dark secret. Yes, even Hugh Grant.

Based on the 2014 novel You Should Have Known by Jean Hanff Korelitz, the six-part series tells a tale of wealth, privilege and deceit. The Susanne Bier (The Night Manager) and David E Kelley (Big Little Lies) helmed series banks on the fact we never tire of seeing bad things happen to rich people.

Grace and Jonathan, who are both at the top of their fields and well-respected in the Manhattan social scene, appear to have the perfect life together. Henry attends Reardon, a private Upper East Side school funded by the deep pockets of the students' wealthy parents, and well-connected alumni, and is reminiscent of the schools in Gossip Girl.

They live in a beautiful house in Manhattan and seem to have a wide circle of equally affluent and charming friends.

But under all this, it's clear from the start that something isn't quite right. 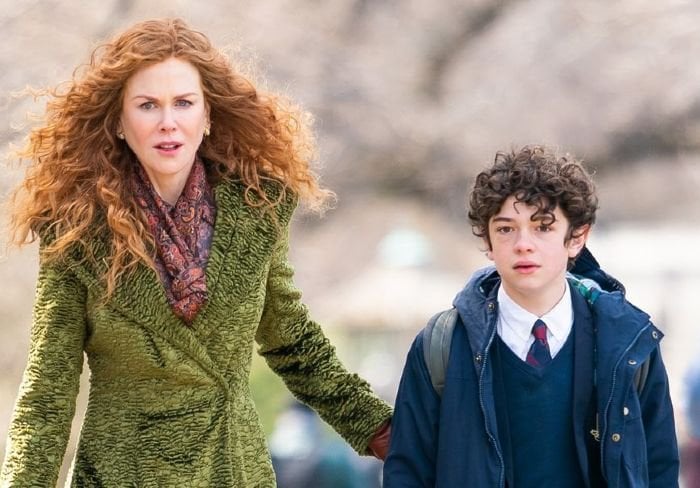 Grace's clients - a woman who is complaining about her "borderline abusive husband" and a couple working through infidelity - hint at bigger problems in her own marriage.

Then a new mum turns up at the school charity auction committee meeting. Elena Alves (Matilda De Angelis) is from Harlem and her son is attending Reardon on a scholarship. In the middle of the meeting, she makes the fatal mistake of breastfeeding her baby daughter at the table.

It becomes immediately clear that Elena is going to become a threat to Grace and Jonathan's picture perfect life.

After the meeting, Grace receives a phone call from Sylvia Steineitz (Lily Rabe), one of the other mums who is hell bent on gossiping about the breastfeeding incident.

While Grace and Sylvia don't agree on whether the move was "aggressive", they do agree that Elena has "great tits".

Sylvia tells Grace that's not the only unusual thing she's witnessed Elena doing. She also apparently sits on a bench outside of the school and just watches, like she doesn't have anything else to do.

"You live in New York, it's a crime not to be frantically busy," Sylvia says on the phone. "Who just sits around quietly? What an unfathomable state of being."

Listen to the latest episode of The Spill, Mamamia's daily pop culture podcast. Post continues below.

By half way through the episode, Elena is dead. And it soon becomes clear that no one is telling the truth.

The Undoing is the perfect mix of Gone Girl, Gossip Girl and Big Little Lies. With a backdrop of the hustle and bustle of New York, and Manhattan's most elite, most despicable people, it tells a tale of murder and deceit, packed full of enough twists and turns to make us put down our phones and really pay attention.

And if you come for the murder and the twists, you'll stay for Kidman's and Grant's unforgettable performances.

You can watch the first episode of The Undoing on Binge and Foxtel now.