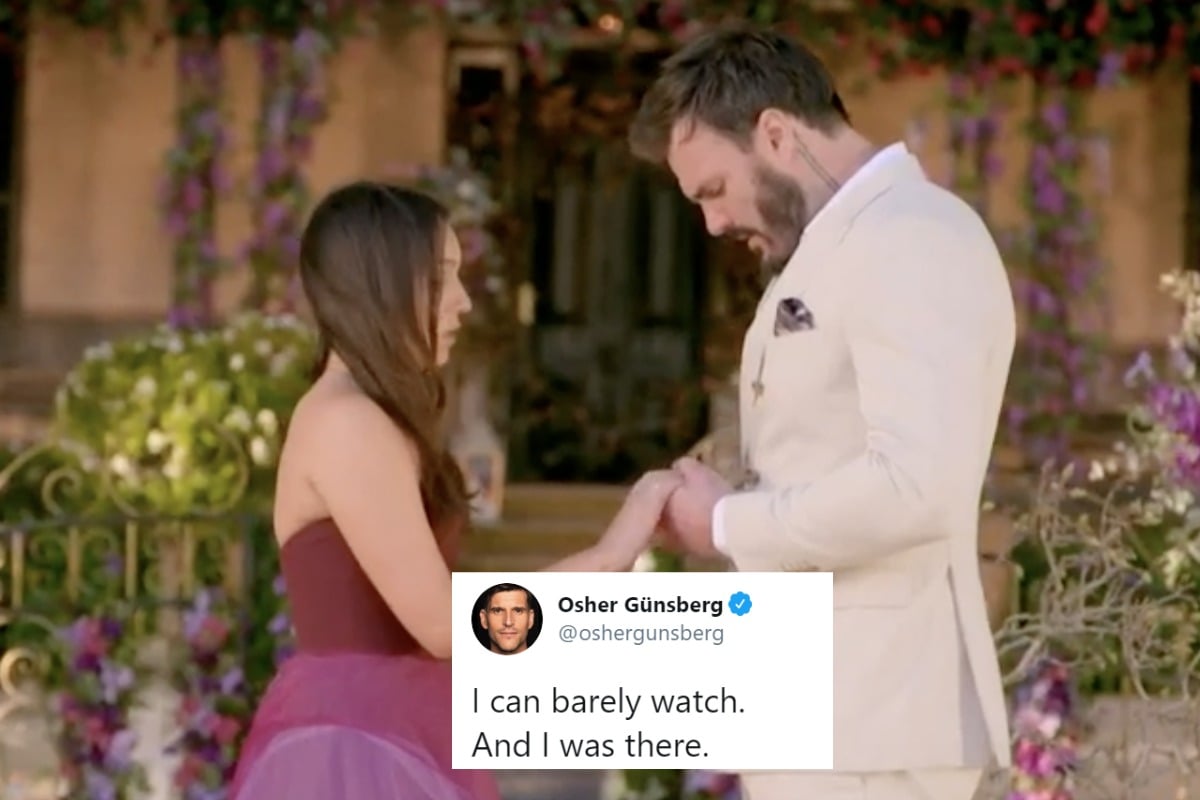 After a bunch of awkward zoom dates, dramatic walkouts, tears and friendship breakdowns, tonight was the night Locky would finally put an end to the fan theories and pick between frontrunners Bella and Irena.

From the moment they stepped out of the limo on day one, the pair were clear favourites to win. Not only did they both receive early 'winner edits', the former besties continued to develop strong feelings with Locky each week and even dropped the L-bomb towards the end.

And just in case we had any doubts they'd make the top two, pretty much every rumour (which we admittedly got way too obsessed with) basically confirmed it since the beginning.

After a boring first hour of dramatic montages, meeting Locky's mum and yet ANOTHER bath date, the moment we've been waiting six weeks for finally arrived.

The car pulled up and the producers decided to pull another sneaky sneak on us by showing both girls stepping out. But in the end it was Irena who Locky chose as is his winner... surprising precisely no one.

To her credit, Bella took the news quite well and after questioning why Locky told her he loved her, she came out with a simple: "Can I leave?" A question that summed up the series for all of us watching at home.

Here's how Australia reacted The Bachelor finale on Twitter.

Mum is of no help at ALL. #TheBachelorAU

someone ban the baths #TheBachelorAU

Okay so the goddess that is Irena gets a car journey in the mud & Bella gets a helicopter?! Right well. Where is the justice?! #TheBachelorAU pic.twitter.com/RhQfN6kpPF

Imagine being the girl he picks, knowing that he told someone else he loved them too? I just.. hmm #TheBachelorAU

Does she know about the third nipple? #TheBachelorAU

I wonder if they are going to do the entrance switch up on us again #TheBachelorAU pic.twitter.com/A8LtT4ft4b

SO HELP ME GOD IF LOCKY BREAKS IRENA’S HEART #thebachelorAU

I LITERALLY HAVE NO IDEA #TheBachelorAU

IRENA DON’T YOU DARE GET OUT OF THAT LIMO FIRST #TheBachelorAU pic.twitter.com/72UTgwGE9A

Irena and Bella waiting for Locky to make his decision #TheBachelorAU pic.twitter.com/sO4iZYExK2

Oh. This is NOT going well. #TheBachelorAU

I can barely watch.
And I was there. #TheBachelorAU

Anyone know if Locky and Irena are still together??#TheBachelorAu

What did you think of The Bachelor finale? Let us know in the comments below.