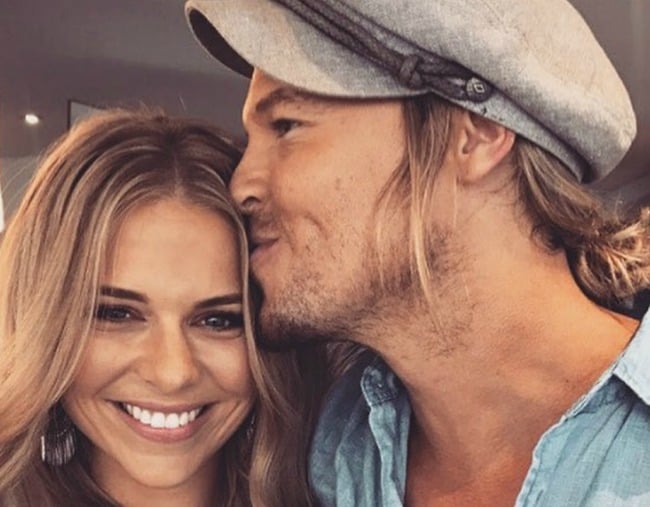 Late last month, Tara Pavlovic, 28, and Sam Cochrane, 31, from Bachelor in Paradise posted on social media that their engagement was over.

As hearts broke around the nation, people started noticing that Tara had deleted all the photos of her former fiancé from her Instagram, and other signs that it wasn’t exactly an amicable split.

Everybody had hoped that it was more of a ‘conscious uncoupling’ (to borrow Gwyneth Paltrow’s phrasing), however, a source close to Tara has told Woman’s Day that the couple’s relationship was toxic, revealing that the couple was seen arguing at a charity event prior to their split.

The ‘friend’ told the publication that there were “red flags” and that the couple “barely spent any time together” before they parted ways.

“She was like a broken bird at the end – she had lost all her self-confidence but thankfully because she’s such a hard worker she’s thrown herself into her job in childcare,” the source claimed.

“And [Tara] is looking forward to brand new beginnings without all the toxicity that came from the relationship.

“The fairytale that I took part in was deep and surreal. My proposal was meant to be forever but life sometimes takes you away from the dream and you wake up,” the man wrote alongside an image of him proposing to Tara in paradise.

“So…deep breath…. this has come to an end. I loved Tara with my whole heart and those two people in Fiji fell completely. Watching something you valued fall apart and what you love follow a different path is one of the most difficult things,” he also said.

Just minutes later, Tara shared her side of the story on her Instagram story.

“Sam and I have decided to end our relationship. Going through a breakup in the public eye is very difficult… we wanted to wait to let everyone know as we wanted to make sure we have made the right decision,” she said.

“What we both felt was 100% real and we both put our best efforts in to make it work in the real world but unfortunately for different reasons it didn’t work out.

“I did love Sam very much and I wish him nothing but the best. Everything happens for a reason and I’m sure this will make more sense down the track.”

The couple is yet to speak about the reasons behind their break up, but we are sending positive vibes their way.

This is sad , but you can't push something if its not healthy anymore. Give yourselves a break and think on what is the right thing to do.