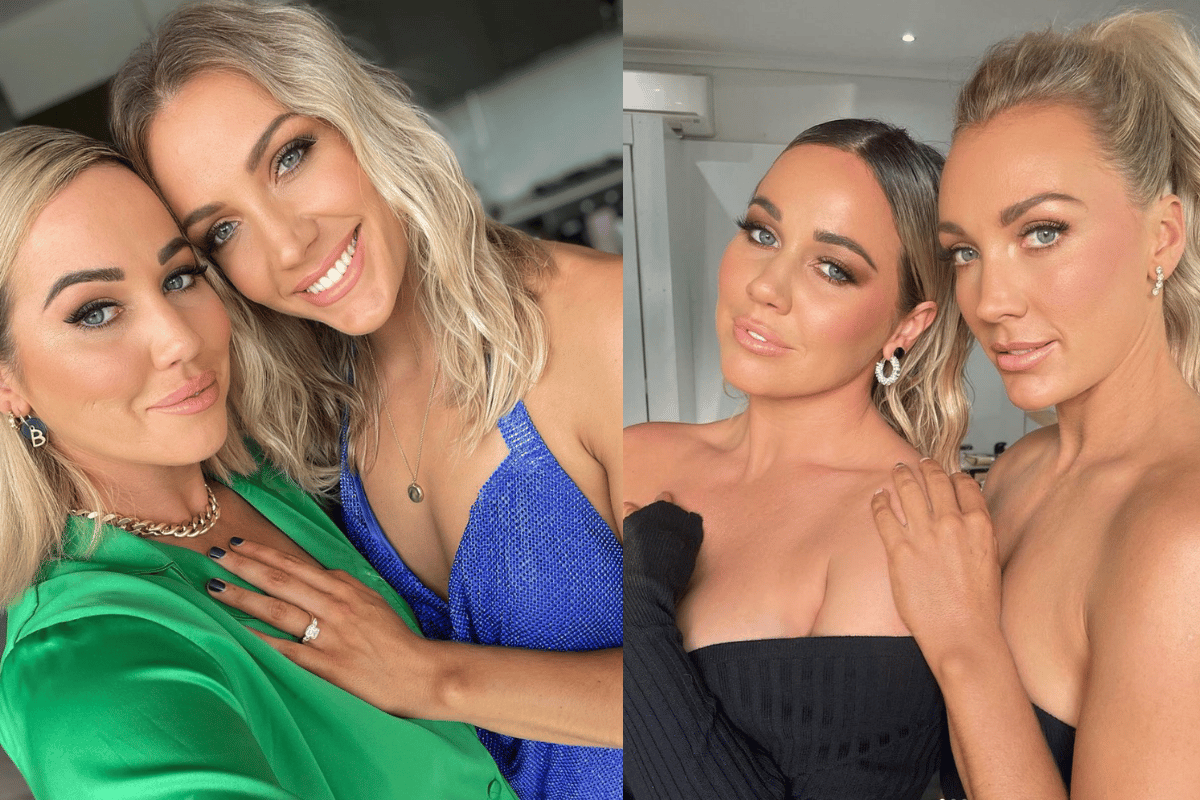 When Sophie Cachia realised she was attracted to women, everything changed.

The mother of two, entrepreneur and founder of the hugely successful parenting blog The Young Mummy, had what she described as the "perfect life" with her AFL star husband, Jaryd Cachia. Then, in her late 20s, came the realisation that she was emotionally and sexually attracted to women.

After separating from Jaryd in 2019, Sophie began dating women for the first time.

"I'd never been the girl that kissed other girls at parties, I'd never even remotely thought I could be attracted sexually to a woman. After having my children and realising I have a whole world ahead of me, I did feel like I had settled for this life that I believed I needed to have," Sophie tells No Filter.

Listen to Mia Freedman's full interview with Sophie Cachia on No Filter. Post continues after audio.

After a serious on-off relationship with Australian professional soccer player Alanna Kennedy, Sophie is now engaged to Australian basketball player Maddie Garrick. But it wasn't the smoothest of starts.

"What initially scared me about Maddie was that when I met her, I saw so many similarities between her and [my ex-husband] Jaryd. Which is brilliant, because he is an incredible person. But then this voice in the back of my head would go 'well you left Jaryd and you didn't want to be married to him anymore'."

Initially, things were a little complicated in their relationship. When Sophie and Alanna were on a break, she'd run to Maddie. But once Sophie reconciled with Alanna, she'd break it off with Maddie.

Read more: 'She was my drug and I was addicted.' Sophie Cachia on her on-off relationship with Alanna Kennedy.

As Sophie tells No Filter it took some time for her to see that she and Maddie were made for each other. She was addicted to the highs in her former relationship and it was not stable.

"Maddie at that stage in my life was too good [for me]. I did communicate that to her, and that's why it was really challenging for me and especially Maddie," Sophie says.

"How brutal I was to someone who had been nothing but so kind to me. But I was in this stage of my life, we all hear it 'follow your heart, go with your intuition'. And that was all Alanna. But I kept saying to myself 'but that's not getting me anywhere'."

Sophie acknowledged that in the process of writing her memoir Then There Was Her, it was challenging to speak about her previous relationship as she didn't want to "re-hurt Maddie".

"She's beautiful and always was. So it was very difficult being in love with someone else and having to push someone away that every single person in my life loved. It's not like they didn't like Alanna. But they knew that Maddie was better for me, and I was more 'me' when I was around her. They saw this relaxed, happy version of me," Sophie says on the podcast.

After taking some time to take care of herself mentally and reassess her life and what she wanted, Sophie reached out to Maddie. And their relationship has only thrived from there.

These days, among juggling businesses, work and priorities, Sophie and Maddie happily co-parent Sophie's kids - Florence and Bobby - with Jaryd.

"It's a beautiful arrangement that works perfectly for her family," Sophie said on No Filter back in 2020.

"It's about abandoning what we think or we're told we should be. And that's what I've done, I've thrown that out the window. I respect this man [Jaryd] more than anyone in the entire world. He's still my confidant. He's been my shoulder to cry on during heartbreaks and breakdowns. He's Maddie's biggest fan."

This year, on Mardi Gras weekend, Sophie proposed to Maddie. And she said yes.

Maddie captioned their engagement announcement post: "It was always you."

"Thank you for understanding my vision of three diamonds to represent myself, Bobby and Florence in Maddie's ring. I was originally going to do something different, but the diamond is Maddie's birthstone and I knew she would want something classic and timeless. I took my Mumma along to help me design it months ago and IT FIT which was the hardest part! We are having a ball celebrating - thank you everyone."

As Sophie wrote in her new memoir Then There Was Her, Maddie was always meant to be.

"[Maddie] was the one who initially scared me because of how perfect she was for my future. The one who always welcomed me with open arms and warmth. It was always you Maddie. Life always had a plan for us."

Elaborating on No Filter, Sophie says: "I always knew things had the ability to move quickly with Maddie. I was scared [of settling down and the future of marrying someone again] and because I was scared of hurting her again. I ran away from it for so long, and I realised that among all the flights, the holidays, the ups and downs, all I wanted at the end of the day was someone to come home to, to sit on the couch with me in my pyjamas watching Home And Away."

"I realised that I wanted to live my life with someone. And whenever I envisaged that, it was always Maddie," she adds.

Then There Was Her by Sophie Cachia is published by Simon & Schuster Australia and will be released on May 4.