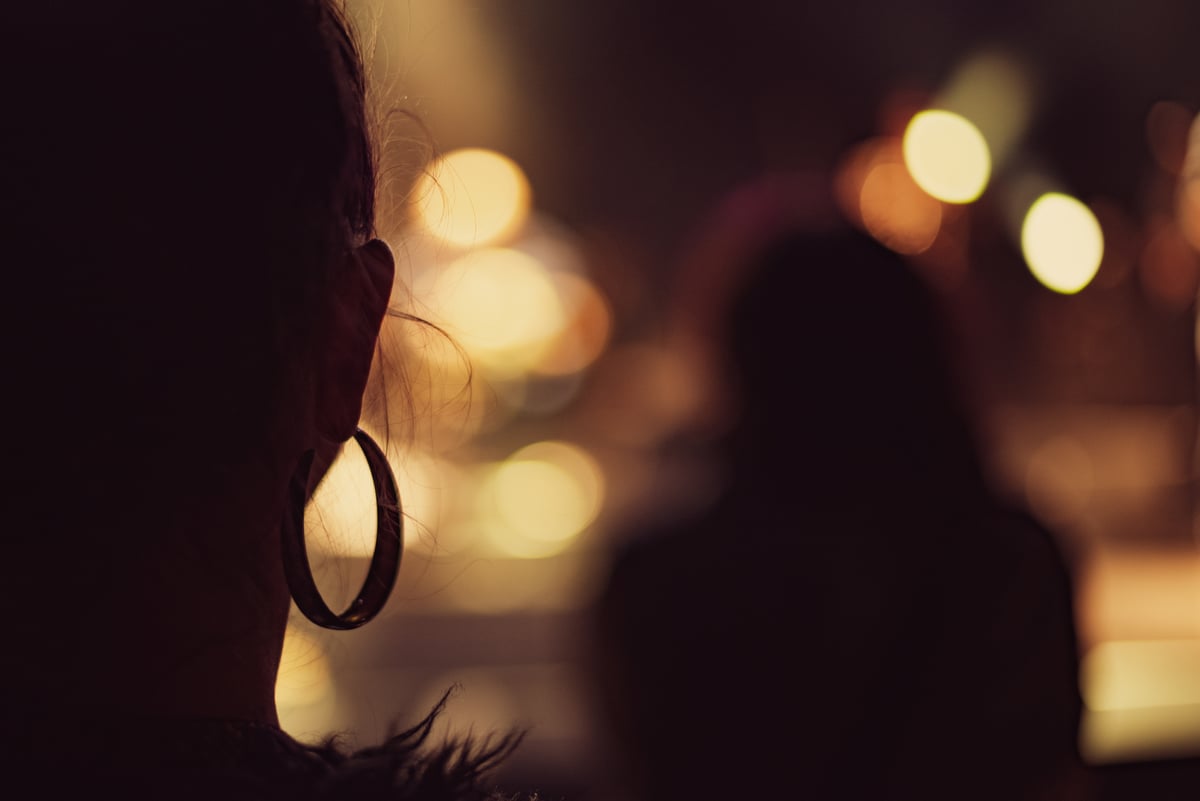 The first time it happened I had no idea.

It was Halloween and my best friend had won tickets to a party.

I was dressed as a naughty nurse. John came as a surgeon. It was too good to be true.

Looking sexy in green scrubs with tattoos down his neck, a lip piercing and a layer of rough stubble, John had me hooked.

Pressing his body up against mine, we made out on the dance floor. But his wandering fingers left me wanting more.

Back at his place, we fooled around in bed, before I fell asleep in his arms.

By the time I got back to mine the next day, I was bursting with excitement (and sexual frustration).

Desperate to know more about him, I looked him up on Facebook.

And then I saw the truth: 'John is in a relationship.'

I stared at the screen in disbelief. He’d kissed me. He’d taken me home. He’d invited me into his bed.

I felt sick to my stomach.

I messaged him right away. "You have a girlfriend??"

He shot back some excuse about not realising that I would see his relationship status. That the girlfriend was new. That he wasn’t sure if he was even into her.

I didn’t eat it up, but I didn’t stop talking to him either. And he continued to message me.

A week later, he called me on my birthday, asking what I got and what I was doing to celebrate.

On the weekend, my friends and I had tickets to a concert, and we’d booked a hotel room opposite the stadium.

As a surprise, John showed up, and we ended up back in the room. Kissing, cuddling and touching each other, wrapped up in a blanket on the floor while my friends slept.

I wanted him so badly.

And, quicker than I want to admit, thoughts of his girlfriend slipped away.

The following week, I invited John over for drinks and a movie, but we’d barely got through the opening scene before his lips were on mine.

We had sex for the first time and it felt so good.

And then he left, driving off into the night on his motorbike.

The next day, I went to buy the morning-after pill, and I never heard from him again.

Looking back, I think I accepted what happened to me because I felt guilty for my part in it. I was equally to blame. I knew what I was doing. I got what I deserved. But it didn’t stop me from doing it again.

Four years later, I was on a business trip and we’d just landed in Melbourne.

Everyone was ecstatic because our rooms were practically suites, and we each had our own big bathtub. I don’t even remember who invited who over, or whether it was just assumed.

But that night, Oscar – the colleague I’d been flirting with since my first day, who also had a girlfriend – came over for a bath.

Somehow it started off so innocently. We were just friends having a soak.

But as the bubbles slowly evaporated, revealing our naked bodies beneath the water, it became too much.

Listen: Once A Cheater, Always A Cheater? Post continues after audio...

In a moment of passion, heat and excitement, wrapped up in towels, we fell onto my bed.

The real world felt miles away, and we were living in a dream.

I don’t know if it was the distance, or because I’d done this before, but it was all too easy to slip back into my role as 'the other woman'.

The next day we brushed it off, and never spoke of it again.

Until six months later when we were both at the same party.

By this time, I’d met his girlfriend. She was a few years younger than me, and very sweet and naïve.

Her innocence should have destroyed me. Instead, it left me wanting Oscar more.

That night, after he kissed me outside the club, we lay together on my friend’s lounge room floor. Hidden under a blanket, he slid my dress up. It felt so naughty. So wrong. But I’d never been more turned on or felt more wanted in my life.

I think that’s why I still sext with Duncan.

We were f**k buddies for a while before he got into a relationship.

In the beginning, I drew a hard line and constantly told him it wasn’t right to keep messaging me.

But the more he persisted, the more I wore down.

And I honestly think, if your relationship has got to this point, it isn’t meant to be.

You haven’t met The One, because if you had you wouldn’t want to be with anyone else.

So I keep going along with it, and we have the wildest, kinkiest phone sex I’ve ever had. I take naughty photos – in bed or even the office toilets – and he describes exactly what he would do to me.

It’s so dirty and I can’t stop.

Duncan thinks if we could just be together once, he’ll get the frustration out of his system. But from what I’ve seen, I hardly think that’s the case.

I never imagined that I would be the other woman. It’s definitely not on the list of things I wanted for myself. But you never know what you might do until you're in the situation.

Of course, I judge myself harder than anyone else possibly can. I’ve gone against my own values, I’ve disrespected the sisterhood, and I’ve let myself down beyond measure.

I now have difficulty trusting men, and I always expect to be cheated on. Maybe I deserve to be.

I have to live with these decisions, and there’s not a single doubt that my self-worth and self-esteem have become casualties. Because each time it happens you’re reminded, you’re not the chosen one.

Whether it’s a one-night stand, or a long-term affair, there’s no winner in these situations.

I used to live in the grey. A world where things could be complicated and messy, and you could get away with it and live with your secrets.

But when it comes to this stuff, life is truly that black and white.

There’s no in between.

And I’m trying my hardest to be better every single day.

The author of this post is known to Mamamia but wants to remain anonymous for privacy reasons.

Reply
Upvote
It is sad that the writer continues to allow herself to settle for being used as a bit of sexual variety.  No relationship long term will ever diminish that thrill for some men (and women).  It doesn’t mean they think there is something wrong with their relationship, it just means they like having sex with other people, but then going home to their partner.  Unless she is not looking for more than that, in which case, I guess that’s fine, for her at least!

Reply
Upvote
21 upvotes
As someone who has been cheated on this was very hard to read. There is no such thing as an innocent naked bath between friends (I have male friends and that is def crossing a line). Do better. Be better. Talk to a therapist. Cheating with these guys shows a lack of respect for their partners and you. Their partners deserve more than a liar and a cheater, and believe it or not, you deserve more than being a bit on the side
News
General
Opinion
True Crime
Politics
Sport
Explainer
Entertainment
Celebrity
Reality TV
Movies
TV
Books
Rogue
Royal
Lifestyle
Beauty
Fashion
Weddings
Home
Wellness
Health
Fitness
Travel
Food
Parents
Before The Bump
Pregnancy
Baby
Kids
Teens
School
Parent Opinion
Work & Money
Money
Finance
Career
Lady Startup
Relationships
Sex
Dating
Separation
Friendship
Family
Real Life
Couples