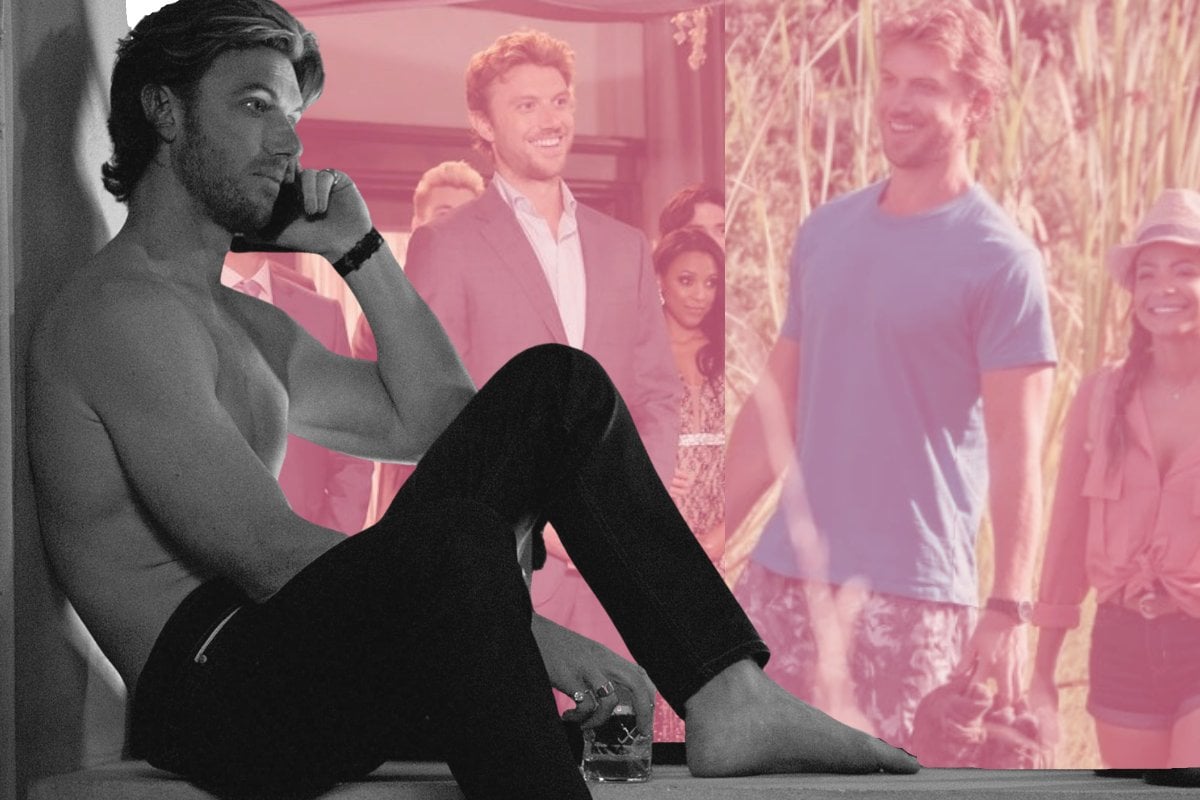 By now you've probably heard of Adam Demos (or at least seen... a part of him).

The Sex/Life star has created quite the buzz around Australia - and the rest of the world - thanks to a certain in-your-face shower scene in the Netflix series.

Not only has it managed to spark an investigation into whether his erm... package is real, but it's also inspired a growing trend of reaction videos.

But while the show has done wonders for his reputation, it's not the first time the world has fallen in love with Adam Demos.

In fact, the 36-year-old recently won over hearts in the 2019 Netflix film called... wait for it... Falling Inn Love.

Here's what we know about Adam Demos' life in the spotlight.

He got his big break on an ABC drama.

Before gracing our screens, Demos grew up in Wollongong, NSW, and worked in construction.

"I grew up in a smaller town. We didn’t even have drama at school," he told USA Today. "It was very much a blue-collar, construction-working, sports town."

It wasn't until he was 23 that he decided to give acting a go.

"I remember I called up my mum and said, 'Can you Google acting classes?'"

"I'd tell my mates I was working overtime on a job," he told Now To Love. The acting world was so foreign to our upbringings."

But his big break came in 2017 when he played Nate Baldwin in the ABC drama Janet King.

While on set, he learnt about the role of August Walker, a contestant on a fictional dating show, in the Stan TV series UnREAL.

He ended up scoring the role and flew to Canada to film the show's second season.

"I was at home in Wollongong when I got the call from my manager in the US. Definitely one of the best phone calls I’ve ever received!" he told GQ.

The world fell in love with him in Falling Inn Love.

After catapulting to fame on UnREAL, the 36-year-old landed his role in his first ever film, Falling Inn Love.

This time he was filming closer to home in New Zealand alongside his former UnReal co-star, Jeffrey Bowyer-Chapman.

His past experience in construction also came in handy as his character, Jake Taylor, was a contractor who helped a woman named Gabriela (played by Christina Milian) renovate a New Zealand inn.

"It’s quite bizarre... When I started construction, I used to dream about being an actor," he told Refinery 29.

"Then all of a sudden all these years later I’m on set acting, pretending to do construction and I don’t actually have to do it." 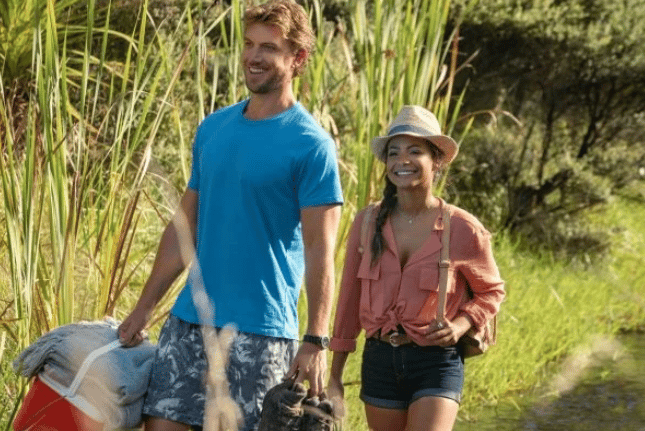 The Netflix film ended up being a hit and almost immediately the world found its new crush.

Naturally, it didn't take the world long to fall in love with

Falling Inn Love has been watched and Adam Demos has been fallen in love with.

His relationship with with his co-star Sarah Shahi.

Further success isn't the only thing Demos found on Sex/Life, he also found love with his now-girlfriend Sarah Shahi.

Demos, who plays Shahi's ex in the show, immediately 'blew' his co-star away when they met for the first time.... And who can blame her.

"Well, that's a tall drink of water," she joked to People.

Shahi split from her husband, Shameless actor Steve Howey, after 11 years marriage in May last year. They share children William, 11, and twins Violet and Knox, six.

It's not clear when Demos and Shahi began dating but the pair became Instagram official on New Year's Eve 2020 when they posted matching photos.

"Not exactly sure how two people on opposite sides of the world could have more in common, were meant to meet, were meant to be together," she captioned the post.

Sex/Life's creator Stacy Rukeyser commented on the post "you're welcome", taking credit for bringing the two actors together.

Sex/Life is currently available to watch on Netflix.