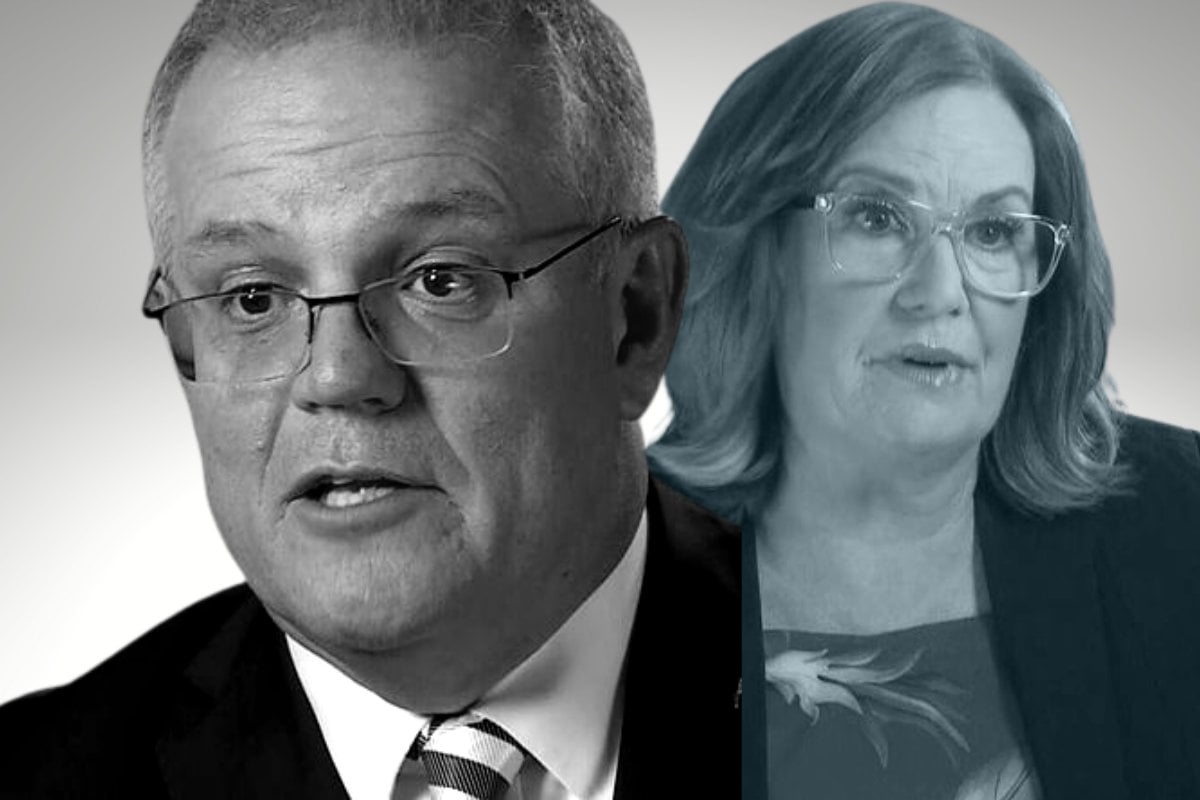 Criticism surrounding Prime Minister Scott Morrison failing to 'come to the table' and dive into the conversations about sexual assault and workplace harassment have been interrupted, as we all tuned in to see him have a candid conversation on A Current Affair.

Tracy Grimshaw grilled Scott Morrison on his handling of Brittany Higgins' case, the allegations made against Christian Porter and how Parliament House has failed and drastically needs to change.

The interview gave the Prime Minister a platform to respond to questions that many Australian women are asking right now - but these were the four major takeaways from Scott Morrison's Current Affair interview.

Brittany Higgins has alleged that she was raped at Parliament House by a fellow staffer. Prime Minister Scott Morrison was instantly asked by Tracy Grimshaw who has 'paid the price' for what happened to her.

"I think many people are paying the price," shared Morrison. "And what I mean by that is this: Brittany has, whether willingly or otherwise in drawing attention to this case, has shone a very important light on things far broader. And this has caused great trauma. It has triggered many things. One of the most hard and deeply confronting conversations that I have seen take place here."

"And it's not just happening here, it's happening all around the country. So when I say 'a price', I don't mean in terms of a justice price, it's a price we all have to pay to be a part of these conversations. Because it's really hard. It's really confronting. It's really difficult. But I'm pleased we're having it."

Listen to Mamamia Out Loud, where Mia, Holly and Jessie discuss why they're sick of talking about sexual assault and nothing ever changing. Post continues after the podcast.

Scott Morrison on realising that what happened to Brittany Higgins is the tip of the iceberg.

"It was truly shocking to hear that this happened, in this place," said Morrison.

"What has become more crystallised in these last five weeks, is that Brittany standing up has caused a very deep and confronting conversation in Australia. We've gone beyond the sheer shock of violent acts and we're starting to deal with some real home truths."

Somewhat stunned by his statement, Grimshaw asked a followup question.

"So are you saying, really, that the enormity of this issue that women deal with every single day has only become apparent to you in the last month?"

Tracy: "So are you saying, really, that the enormity of this issue that women deal with every single day has only become apparent to you in the last month?"

"No I'm not," Morrison replied. "I've recounted to you already the story of my own experience with my mum, and I could tell you that my Grandmother could probably tell worse stories - as yours probably could too. What I'm saying though, Tracey, is that we're are now starting to get beyond this issue where we see it most. In the most violent and obvious forms. And I am doing everything that I can, as best as I can - and I may not have always got it as well as people would like me to. But I assure you, I'm doing everything that I can."

"Christian Porter vehemently denied the accusations made against him, and you immediately believed him," Grimshaw claimed before Scott Morrison defended his stance.

"No, the police have decided that there is no further investigation."

Tracy: "There’s been no investigation Prime Minister. You have just believed him."

Scott Morrison's defence was simply this: "What I have done is respected the rule of law in this country."

Later on in the interview, Morrison stated: "It's not for me to play judge and jury - or, with respect, anyone else. Other than those who have been given those powers."

When Grimshaw described the aftermath that followed Higgins reporting of her alleged sexual assault, she noted that her workplace - Parliament House - had failed her. It left her unsupported and without care during a time that caused her immense trauma. That she was abandoned.

Tracy: "People knew about it. She told people about it. Why was she on her own?"

"I think it would be not true to say that those people who were there and knew were not trying to give every support. Now, I agree with you that clearly that didn't pass the test, and it failed Brittany. No one is disputing that," said Morrison.

Grimshaw interjected. "But why do those people still have their jobs?"

Morrison responded with: "They were trying, as anyone else would."

R
rache.ray a year ago

Reply
Upvote
2 upvotes
Hey friends,
I’m commenting from New Zealand. This is so hard to watch/read.
Both countries have work to do, but I think we might be 5-10 years ahead of you. Keep pushing, keep fighting, we need to move through this bullshit.
For the last couple of years I’ve worked for an international company and for the first time in my career gender hasn’t been on the table. It’s like the difference between floating downstream or swimming upstream. It’s a true meritocracy.
Wish I could be there to March. That woman who is interviewing in this story is a bloody legend!!!
Kia kaha (stand strong)  Australian women 💜
G
gypsy a year ago

Reply
Upvote
@rache.ray  It would not be hard to be ahead of us, you have a wonderful PM and for 9 years we have had backward, sanctimonious idiots.
G
gypsy a year ago