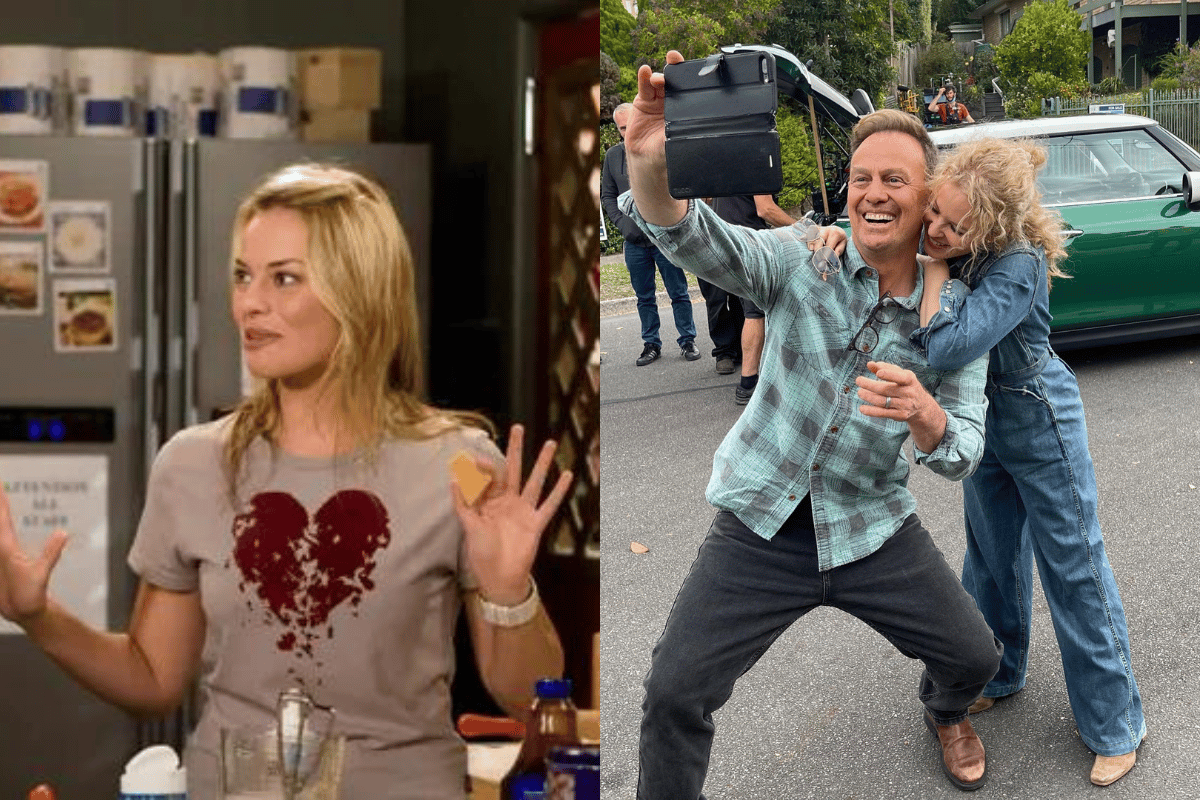 After almost 40 years of Neighbours, the beloved TV show is set to come to an end. On July 28, we will be able to watch the 90-minute finale episode.

Of course, when the news was announced in March, fans were devastated about the show ending. But it also left us with one looming question: what will the last episode of the soap entail?

Will we see an explosion? A death from one of our beloved Ramsay Street occupants? A surprise baby? Perhaps a blast from the past?

Watch this clip from Neighbours Post continues after video.

At this point, no one can really know for sure – but that hasn't stopped us all from speculating.

In fact, there are quite a few insiders who believe they have the major gossip about what exactly is set to go down on the final Neighbours episode.

Here is absolutely everything we know.

Margot Robbie is set to return to Neighbours.

Among a number of star-studded returns to Ramsay Street is Oscar-nominated actor Margot Robbie. In a post to Twitter, the show's official account revealed the news.

Nat Bassingthwaighte, Peter O’Brien and Olympia Valance have already returned to our screens this week.

You didn’t think we were done did you?!

We’re thrilled to share that Margot Robbie, Jesse Spencer, Delta Goodrem, Kym Valentine and Carla Bonner will all make an appearance in our finale! 🎉 #CelebratingNeighbours pic.twitter.com/KjzoLDKvx6

Robbie appeared as 'Donna Freedman' on Neighbours from 2008 to 2011. While she had the option to renew her contract, the actor went on instead to star in the American drama series Pan Am, before launching her Hollywood career.

The thing is, the final episodes were filmed in late May and early June, which is precisely when Robbie was shooting Greta Gerwig’s Barbie movie... in a completely different country.

So it's looking like the actor will be appearing on the show through a Zoom call. 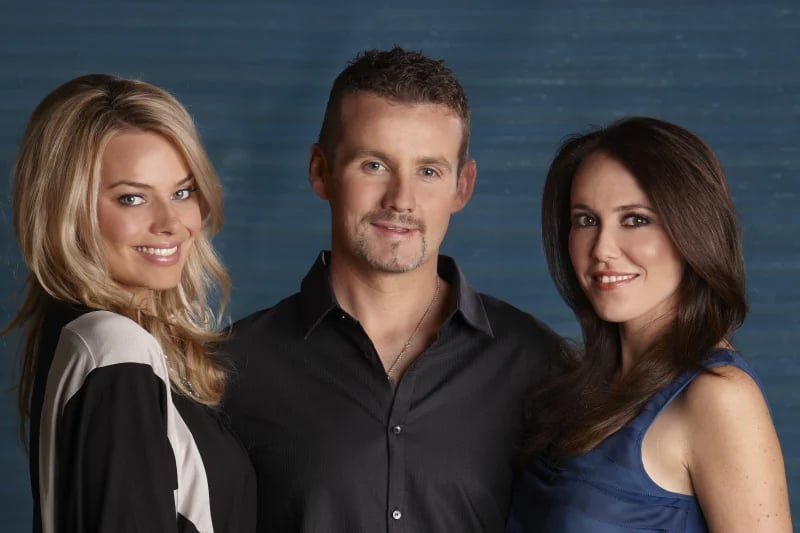 Scott and Charlene (AKA Kylie and Jason) are making one last visit to Ramsay Street.

It's no secret that the Australian soap launched the careers of a number of international careers including Margot Robbie, Kylie Minogue and Jason Donovan, along with Russell Crowe and Guy Pearce.

In the last episode, it's looking like Donovan and Minogue are back in town – and it seems like they've been married this entire time!

‘Now we’re back together’ @neighbours pic.twitter.com/fFoo2ndIfx

In a post to Twitter in May, executive producer Jason Herbison said it "wouldn't feel right" ending the show without the "ultimate Neighbours couple".

"We are thrilled that Jason and Kylie have come home to play a very special part in our series finale," he wrote, adding that it has been an "emotional experience" for the entire cast and crew.

Details surrounding the last episode have been closely guarded, but we do know for sure there will be a wedding and it will be the 39th marriage ceremony we've seen throughout Neighbours' 37-year tenure.

Here are all the major spoilers that have managed to leak about the Neighbours finale. If you'd prefer to leave the rest for a surprise, we suggest you stop reading now.

According to a report from The Daily Telegraph, it's looking like Dr. Karl Kennedy will have one last confrontation with former fling Izzy (Bassingthwaighte).

Paul Robinson (Stefan Dennis) is set to have a major dilemma after he realises his hotel might have to be sold to Shane Ramsay. It's also looking like there might be whispers of a reunion between Terese Willis (Rebekah Elmaloglou) and Paul.

One insider reported that Toadie (Ryan Moloney) and Melanie Pearson's (Lucinda Cowden) wedding will be the key for bringing back all our favourite former cast members.

Susan wants Izzy out of her life. 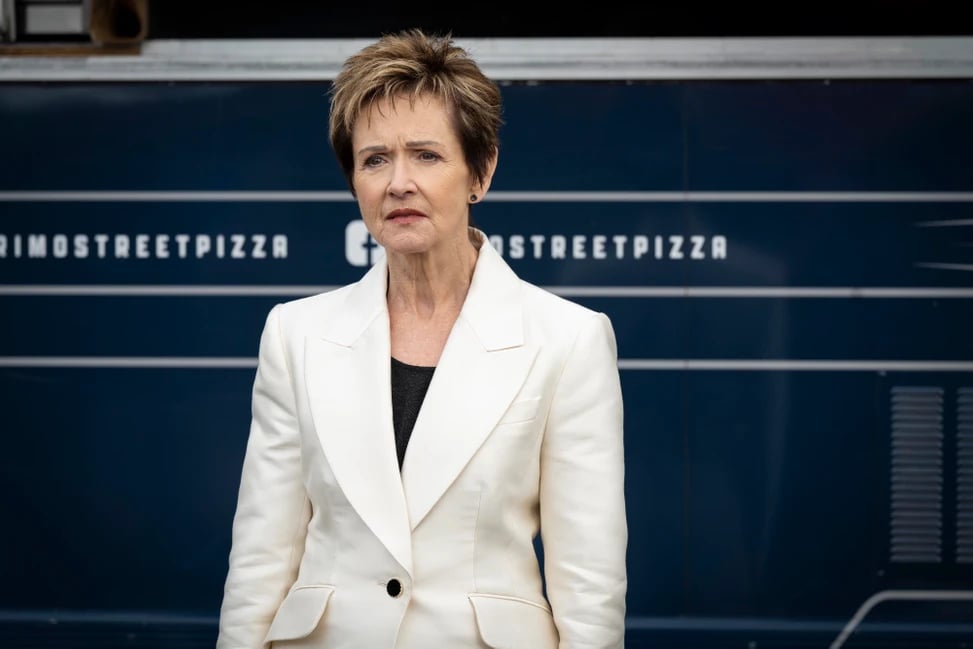 If you're a fan of the show, then you might already be aware that her husband's former lover is now dating their son Mal (Benjamin McNair). But things take a turn for the worst after Susan learns Izzy wants to buy Chloe's house on Ramsay Street.

We will just have to keep watching to see what happens!

Neighbours will officially end with a 90-minute special to be aired on Channels 10 and 10 Peach from 7:30 pm on July 28.