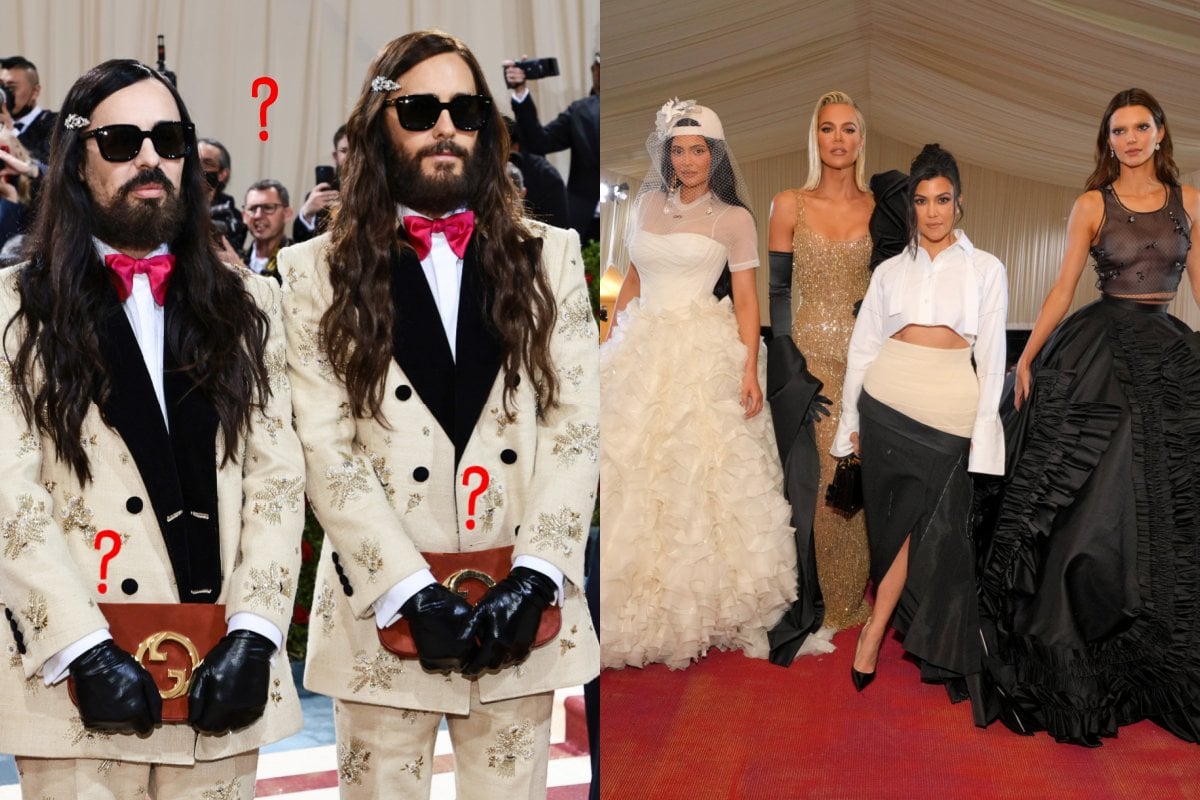 Hello and welcome to the Met Gala.

Yes, the red carpet that saw Kim Kardashian arrive as a dementor WAS only seven months ago, but now that we've given up any semblance of control over that pesky COVID thing, everything is back to normal!

The first Monday in May (Tuesday for those of us down under) is back to being about FASHION, CELEB SPOTTING AND WAITING AROUND FOR RIHANNA (who won't be in attendance this year, because she's heavily pregnant - although, would there be a more fitting place for Riri to give birth than on the steps of the Met?)

Watch: Let's look back at some of the Met Gala's most iconic looks. Post continues below video.

This year's theme was 'In America: an anthology of fashion'. What does that mean? Well, apparently it pointed to 'Gilded Glamour'. Unfortunately, no one knew what that meant either.

I was told to expect feathers and fringe.

And, of course, it started late. This is Anna Wintour's show, honey. Anna gives me big 'fashionably late to everything' vibes.

24 minutes after the scheduled time, things finally got underway. I was a shell of my former self by that point, but as the saying goes: nevertheless, she persisted.

Here are the wildest, most ridiculous moments from fashion's biggest, most bizarre night.

As mentioned, we started late. 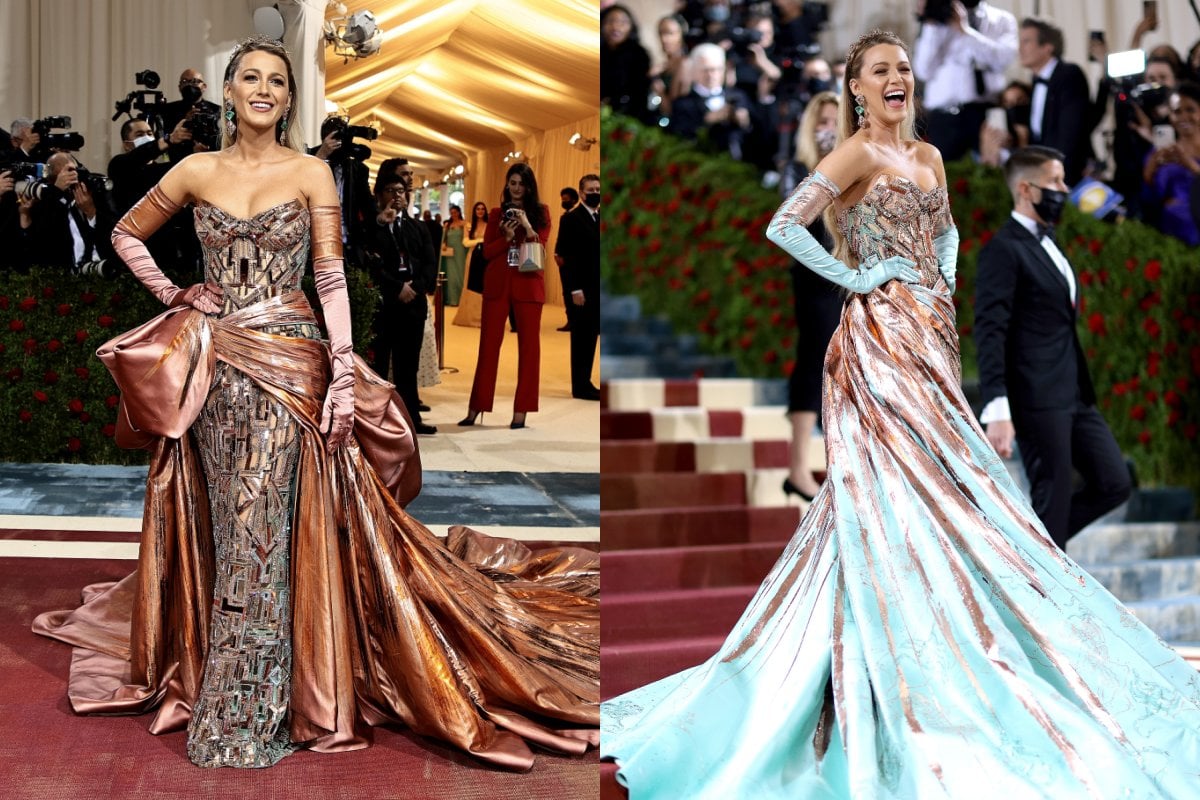 This will go down as the greatest Met-related travesty of our time.

But, thankfully the legends at Variety had footage to share with the world:

Blake Lively’s dress is unveiled at the #MetGala. https://t.co/2kVWwK9Yn6 pic.twitter.com/Vo4XCydMRt

I don't know if I'll ever forgive Anna for this.

In 2019, Amy Schumer said attending the Met Gala felt like 'a punishment'.

So naturally... she has returned. 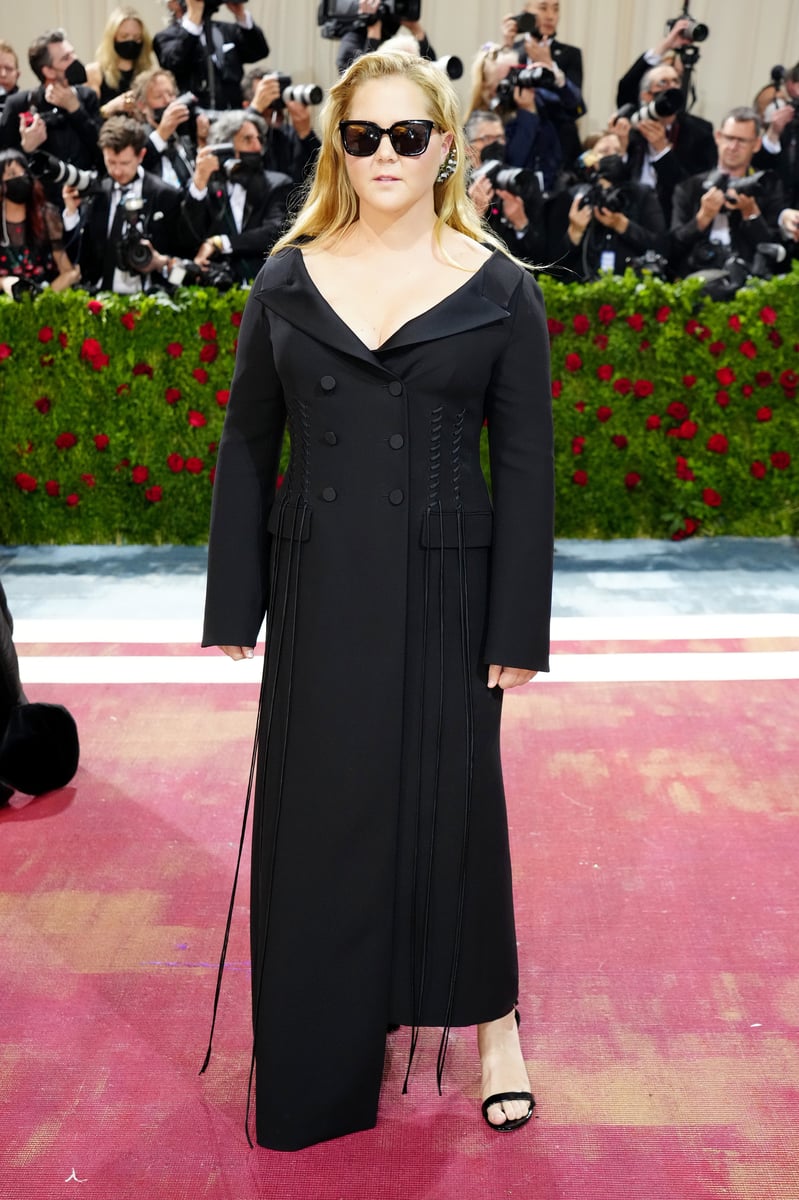 And dressed like Professor Snape no less. Image: Getty.

She brought along 20-year-old climate activist Xiye Bastida, but the young woman wasn't given too much time to talk.

Instead, Amy joked: "Everyone's always at home [wondering] what Amy Schumer's going to be wearing."

Anderson .Paak being relatable as hell.

On the red carpet, Anderson .Paak was asked what he was most looking forward to about the night and he said, without missing a beat, "hopefully there's food here".

Based on details we've heard about previous years, he may be... disappointed.

During the night, this person arrived: 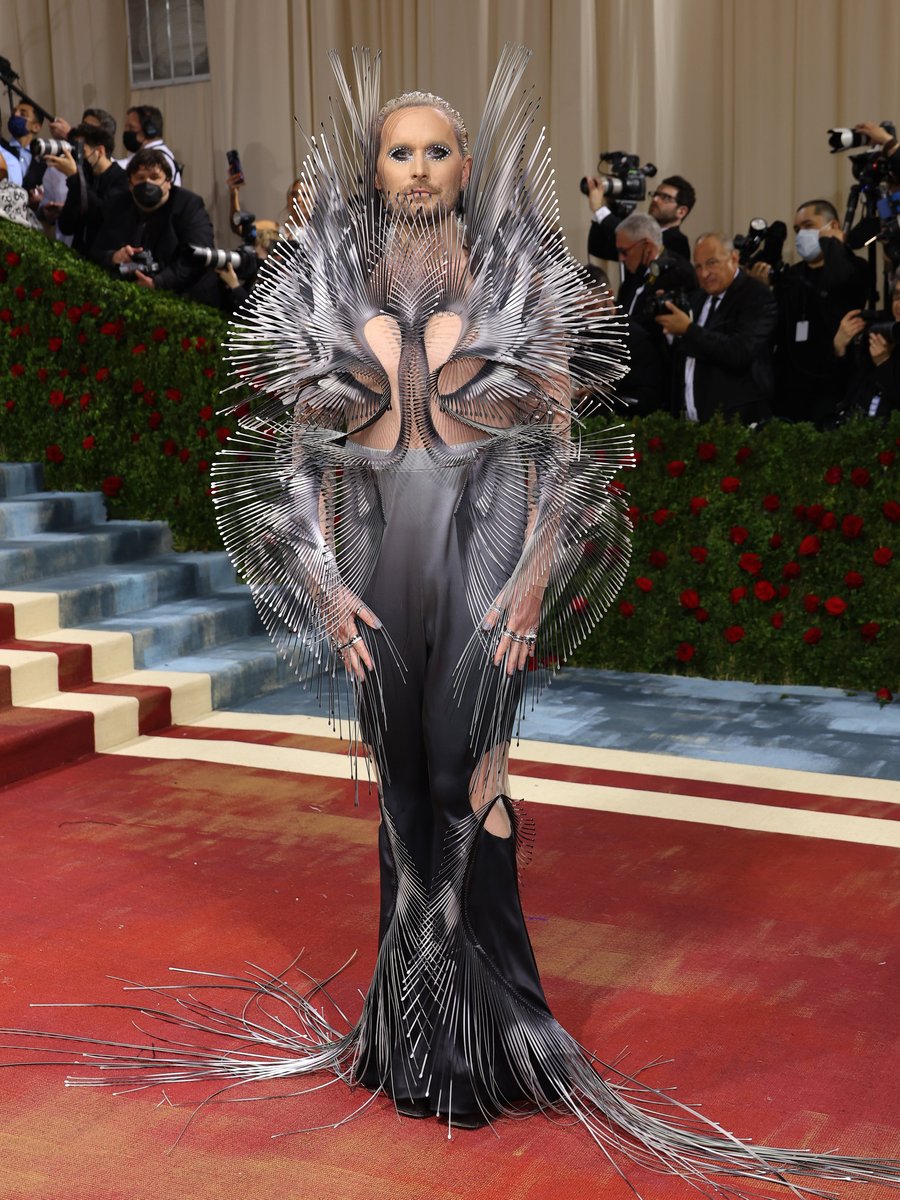 No, I don't believe anyone wore this in the Gilded Age. But that's neither here nor there, because we - somehow - have bigger issues than the outfit, which somehow looks like a fish skeleton, but also the latest COVID variant.

From the get-go, Getty, the photo agency everyone in media has been refreshing violently for hours, attributed the look to Jared Leto, which led to all the publications live posting to their blogs and social feeds to do the same.

Then, GETTY TOOK DOWN ALL THE IMAGES.

BECAUSE THAT WAS NOT JARED LETO.

That man is Fredrik Robertson, a couture collector.

I think we all owe him an apology.

Jared turned up a little later, WITH ANOTHER FAKE HIM: 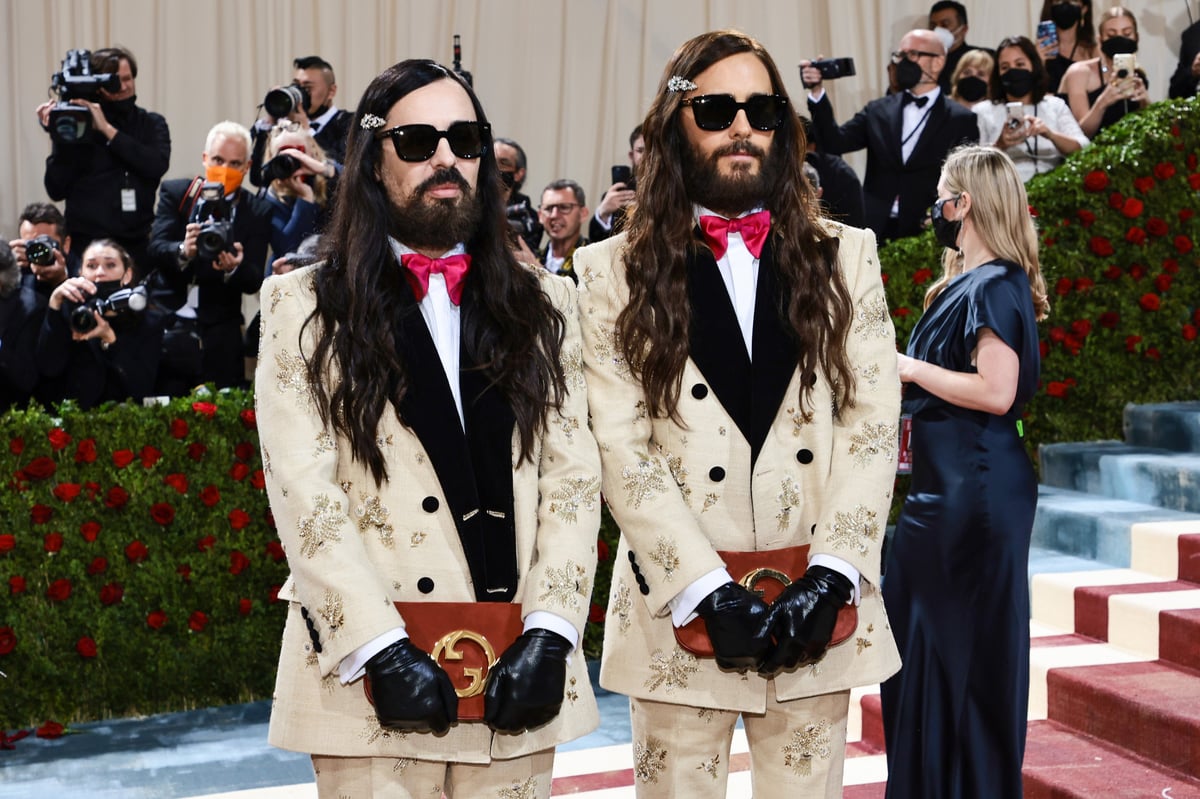 Will the real Jared Leto please... sit down. Image: Getty.

He and designer Alessandro Michele arrived in matching outfits, but when you finally nail down who the real Jared Leto is, it makes sense: he was looking like his usual, cult-leader self.

Lady Whistledown is going to have thoughts about this.

There were a lot of Bridgerton vibes on the red carpet, and not just because Simone Ashley, Regé-Jean Page and Phoebe Dynevor were all there looking divine. 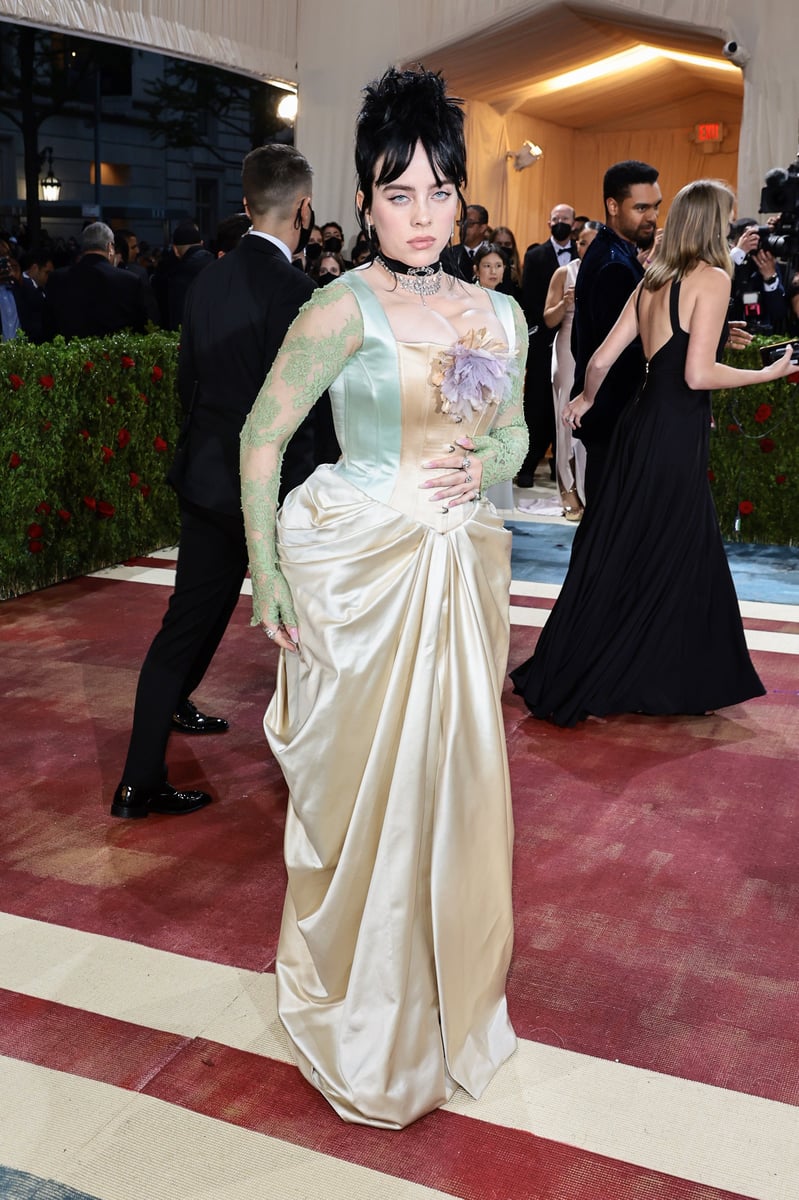 And then, an actual Featherington sister, the delightful Nicola Coughlan arrived in the dress Penelope has always deserved: 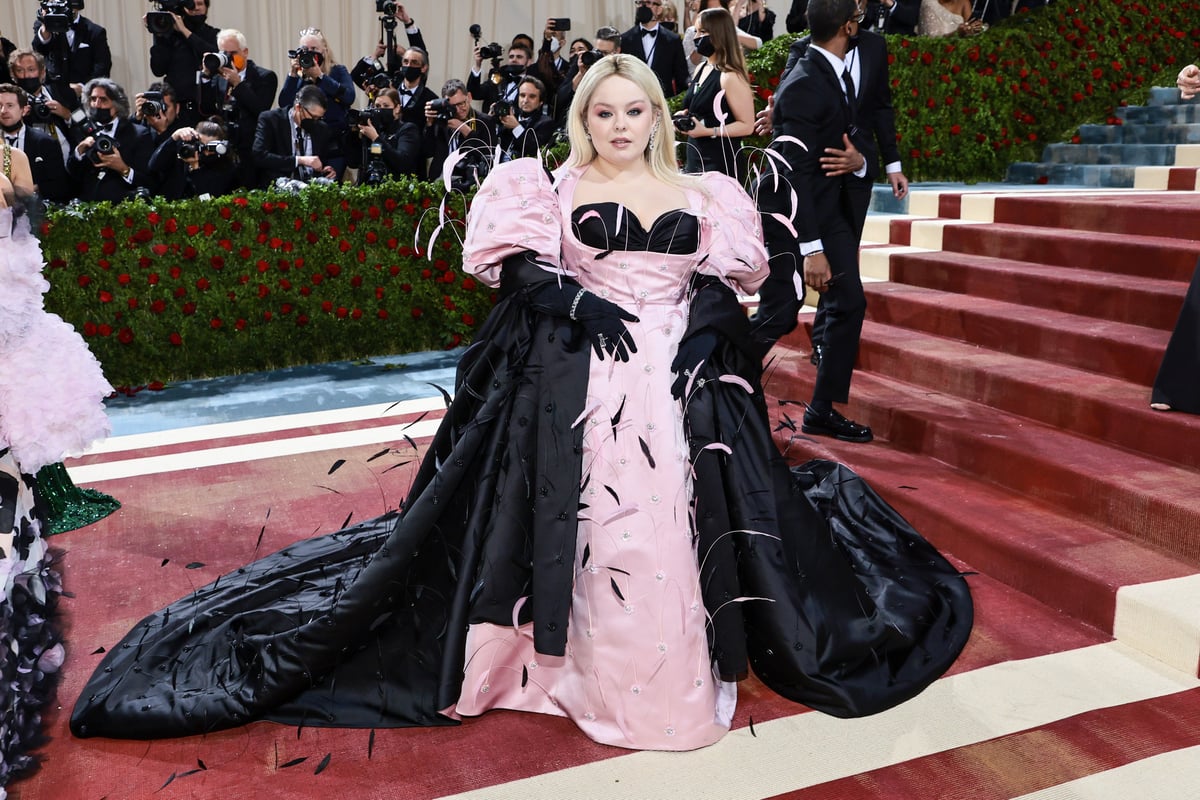 Can't wait to see what goss Lady Whistledown has to share with the ton from inside the museum.

Lizzo and her flute were the night's greatest couple.

Not only did Lizzo pose with her beloved flute in front of the cameras, she also delivered an impromptu performance.

Now, I love Hugh Jackman and Deborra-Lee Furness, Joshua Jackson and Jodie Turner-Smith and Joe Jonas and Sophie Turner, but sorry... Lizzo and her flute win all the couple awards.

While walking the carpet, Nicki had to keep hitching her dress up to avoid a nip slip. 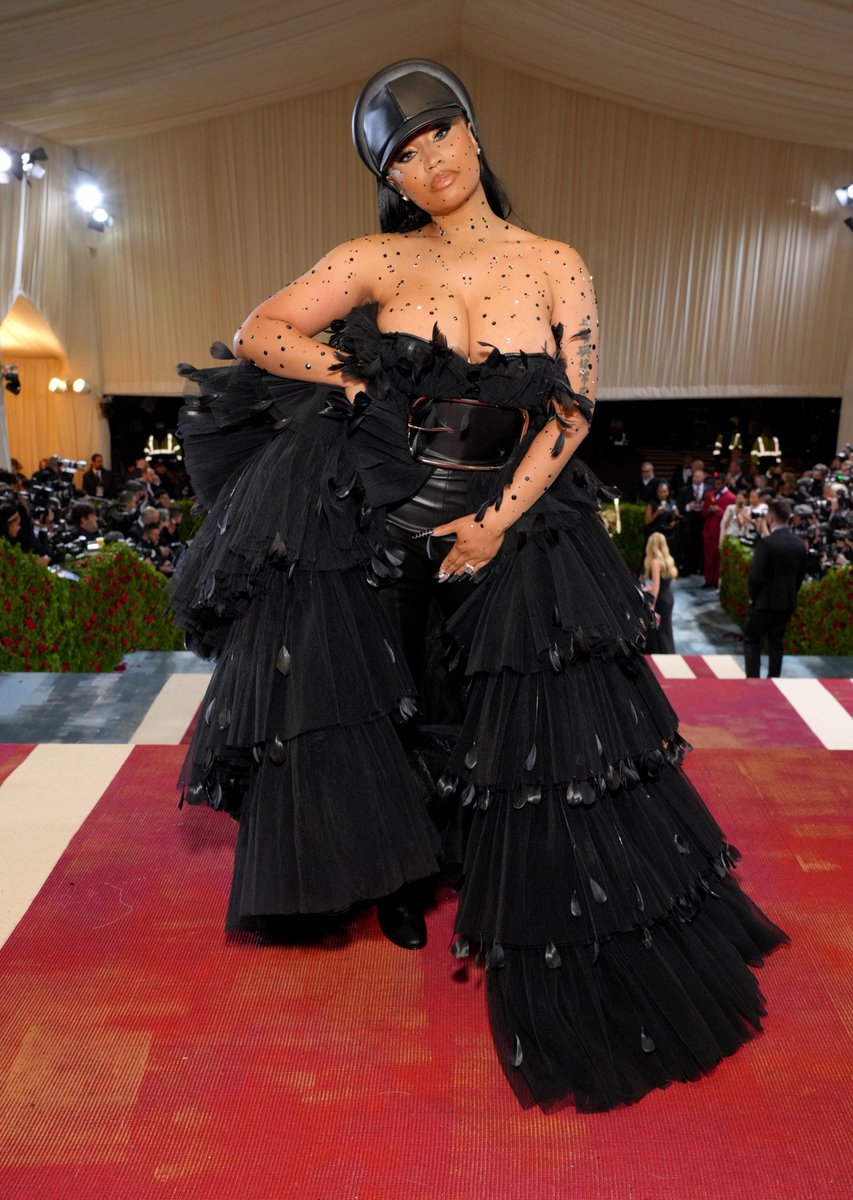 She told La La during her red carpet interview that the only unplanned thing about her look was how POPPIN' her boobs were, because they'd made the dress' cup size too small.

"Enjoy these titties cause y’all ain't gone see it ever again," she joked. 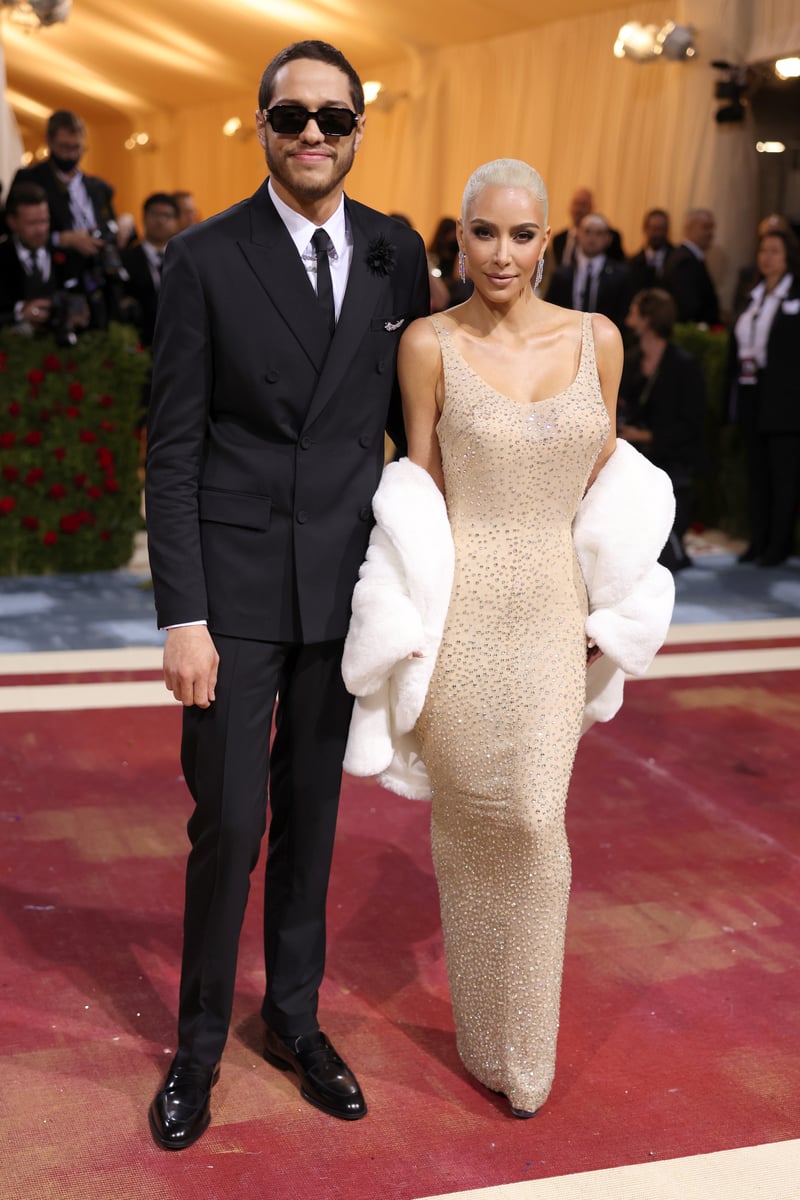 Kim Kardashian and Pete Davidson, fresh off their red carpet debut at the White House Correspondents' dinner, arrived as some of the last people to walk the carpet (well, in Kim's case, she more... shuffled than walked).

Kim was dressed in the dress Marilyn Monroe wore when she sung Happy Birthday to JFK in 1962.

"The idea really came to me after the gala in September last year. I thought to myself, what would I have done for the American theme if it had not been the Balenciaga look? What’s the most American thing you can think of? And that’s Marilyn Monroe," she told Vogue.

She told La La on the red carpet that the dress didn't fit her when she initially tried it on, so she had to adhere to a super strict diet for three weeks.

I mean, at this point, should we really be surprised about a Kardashian talking about extreme weight loss......? but still, yikes.

Also, can I share a Kardashian conspiracy theory with you?

Firstly, here are what the other KarJens wore (all five sisters attended this year for the first time): 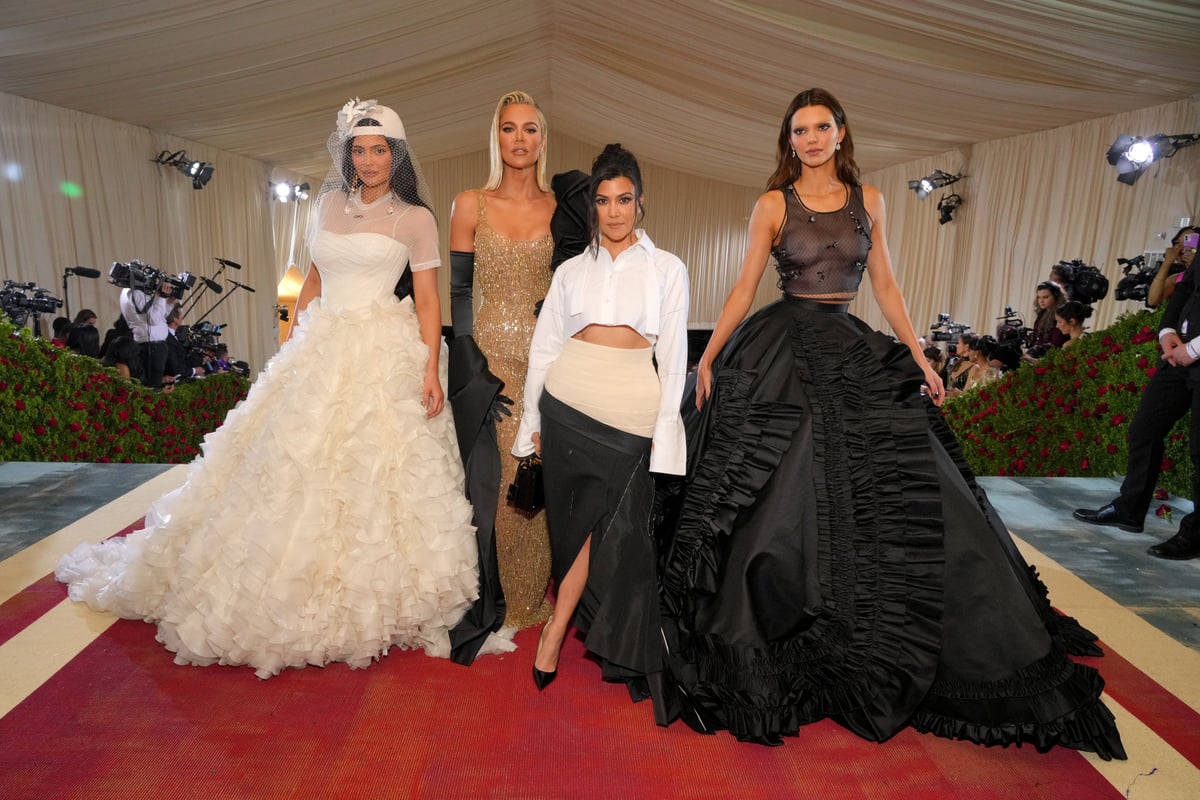 Those are certainly... clothes. Image: Getty.

Does anyone else get a vibe that... Kim had a hand in the rest of these outfits? With Khloe as a possible exception.

Yes, this is self-indulgent. No, I don't think he was 'on theme'.

But this is my story, Oscar Isaac got his legs out, and this is my personal 'biggest moment'. 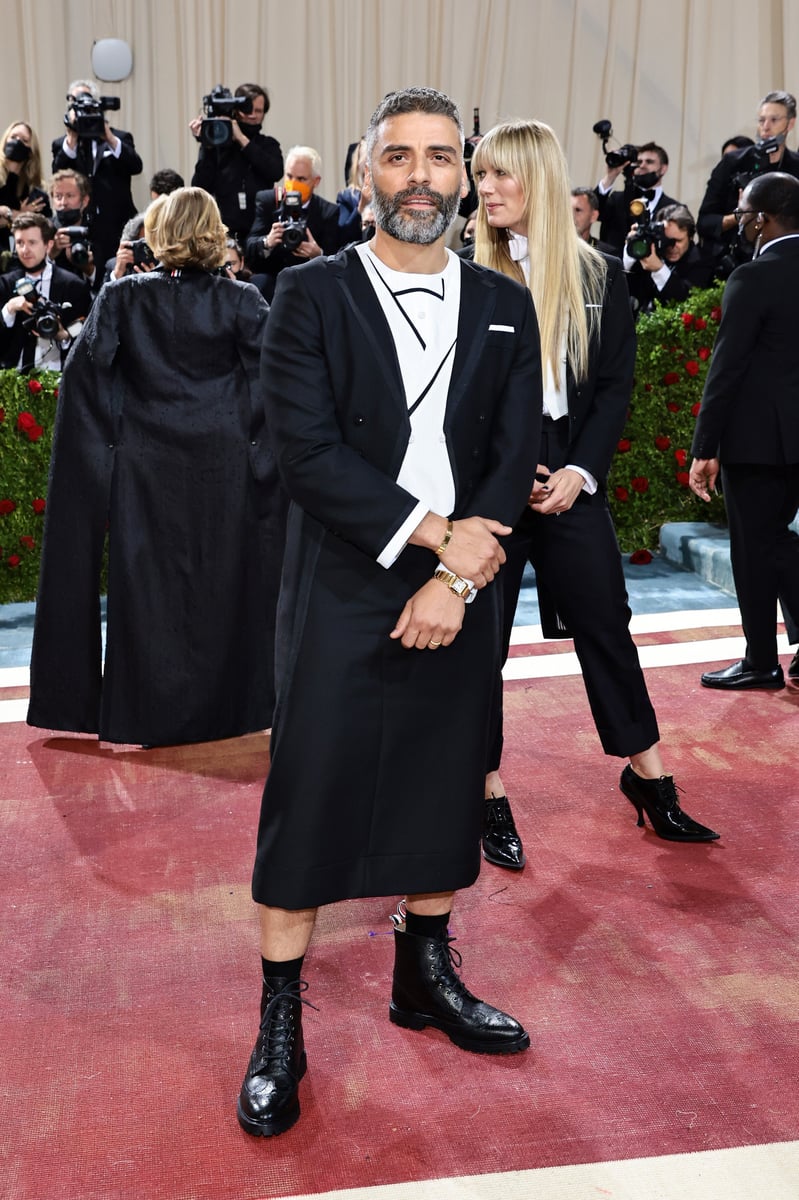 While some celebs came looking chic as hell (you can see our full fashion roundup here), others... were rogue.

We simply must discuss: 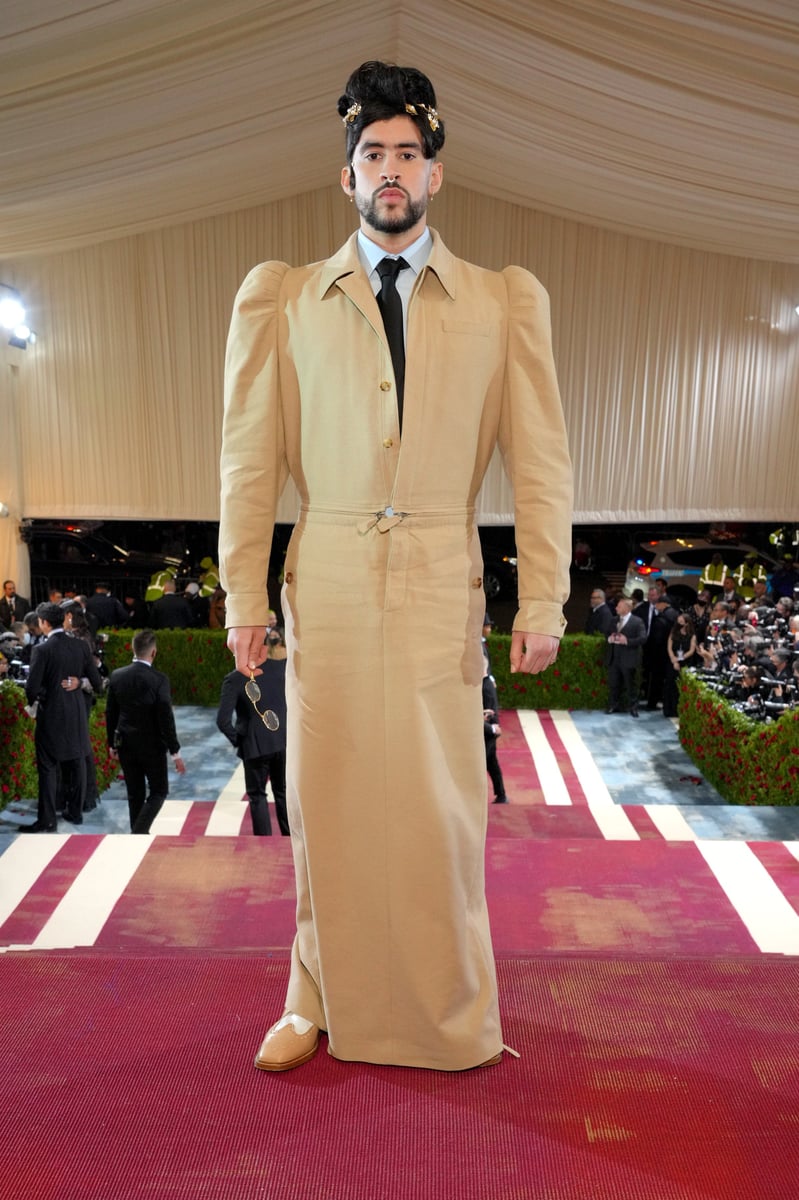 Bad Bunny looks like he's standing on the shoulders of someone else, about to rent an R-rated movie. Image: Getty. 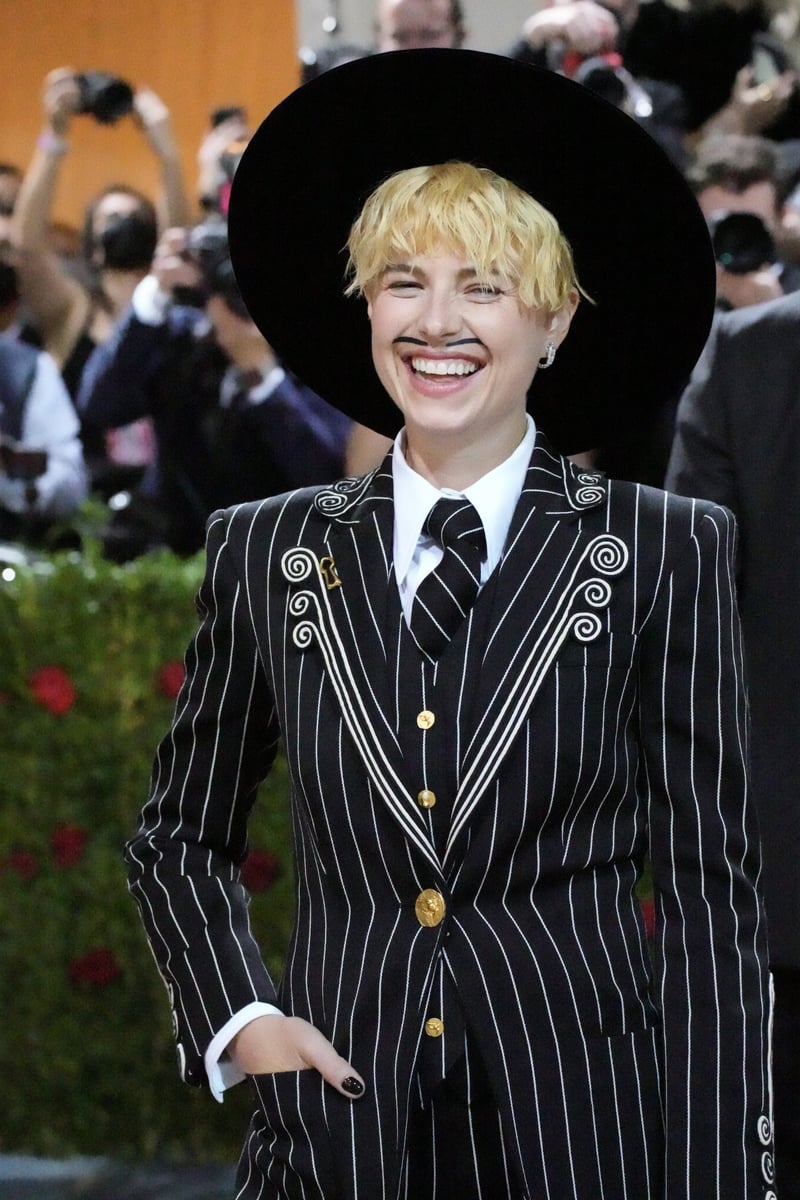 Jess Buckley took a nap on the way there, and someone... drew a moustache on her. It will be very confusing for her when she looks back at the photos. Image: Getty. 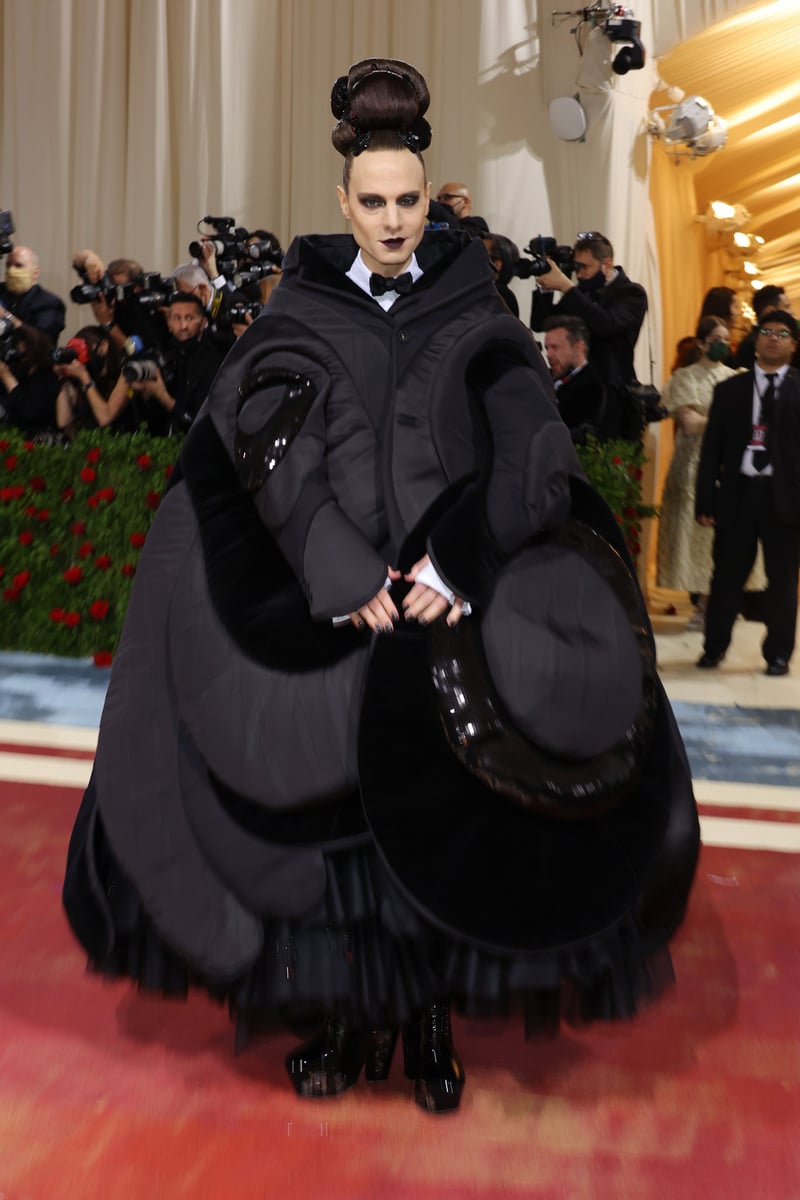 It WAS 12 degrees Celsius in New York, so I honestly can't fault this cozy beetle vibe. Image: Getty. 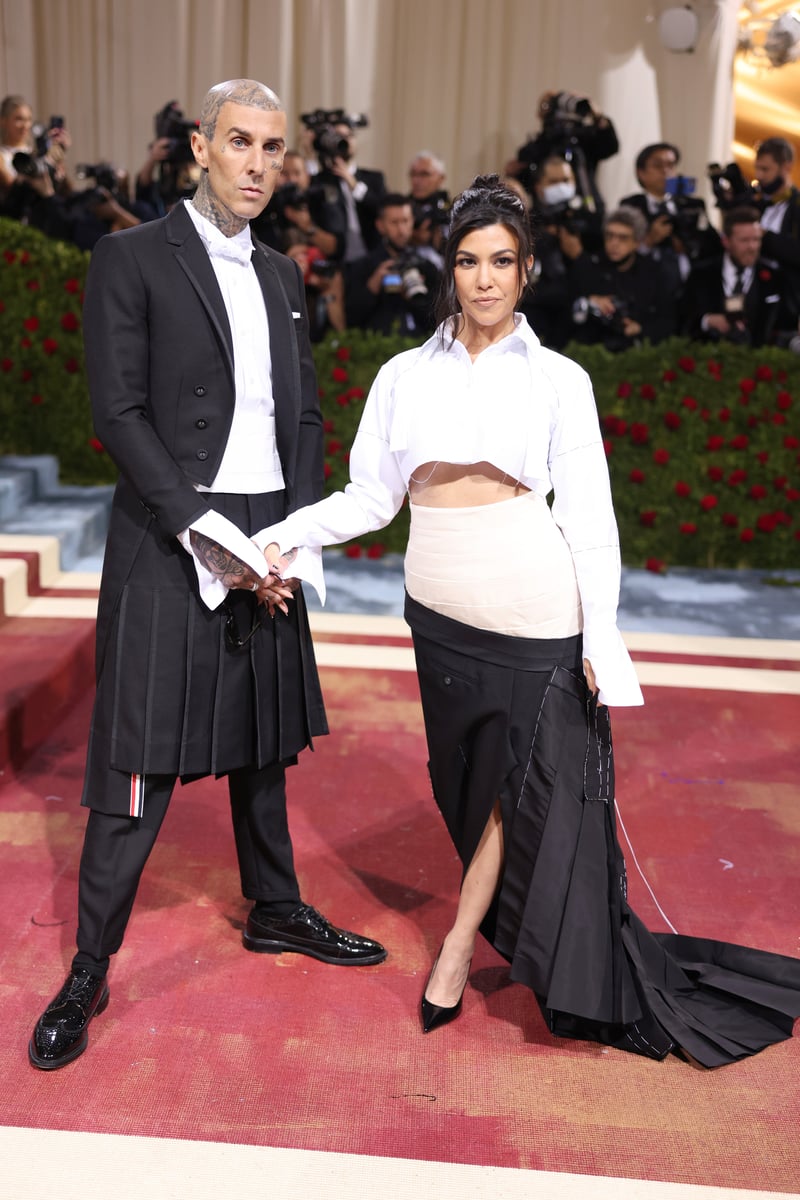 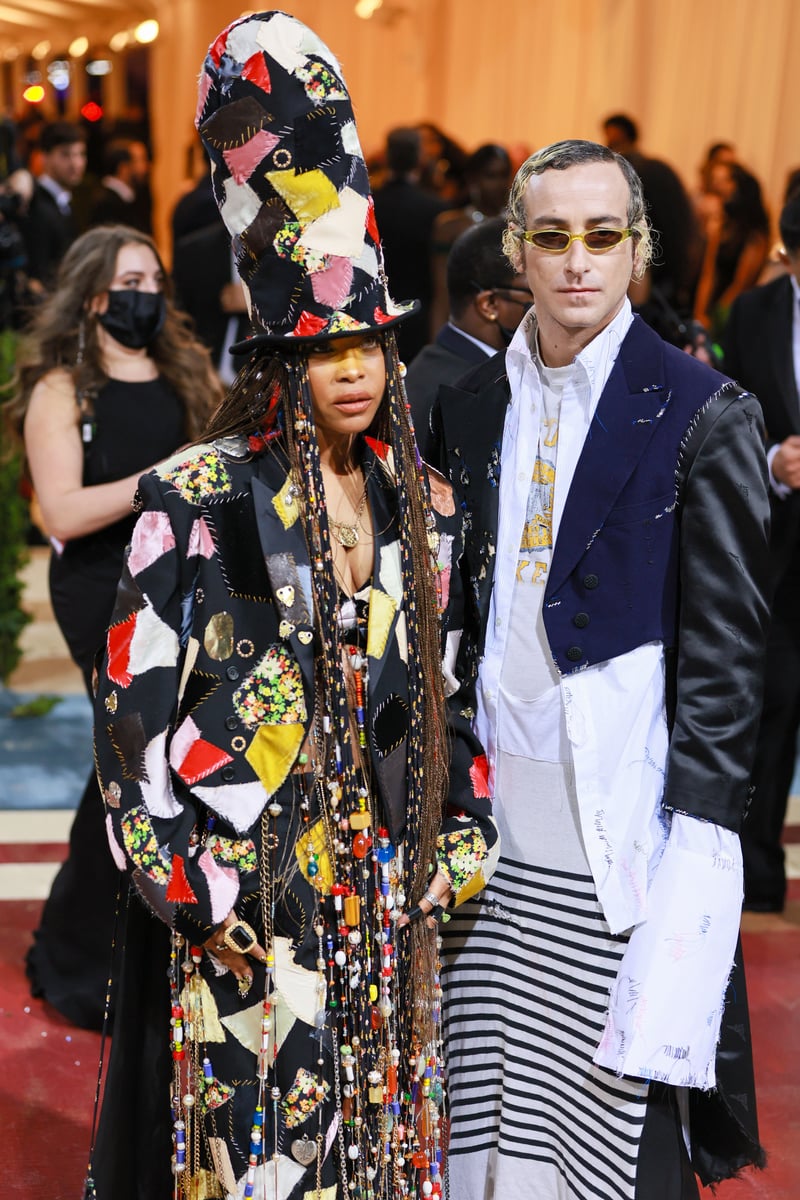 That is just classic Erykah Badu, but I believe if the man on the right and Kourtney combined their outfit, they may be able to pull together a complete shirt. Image: Getty. 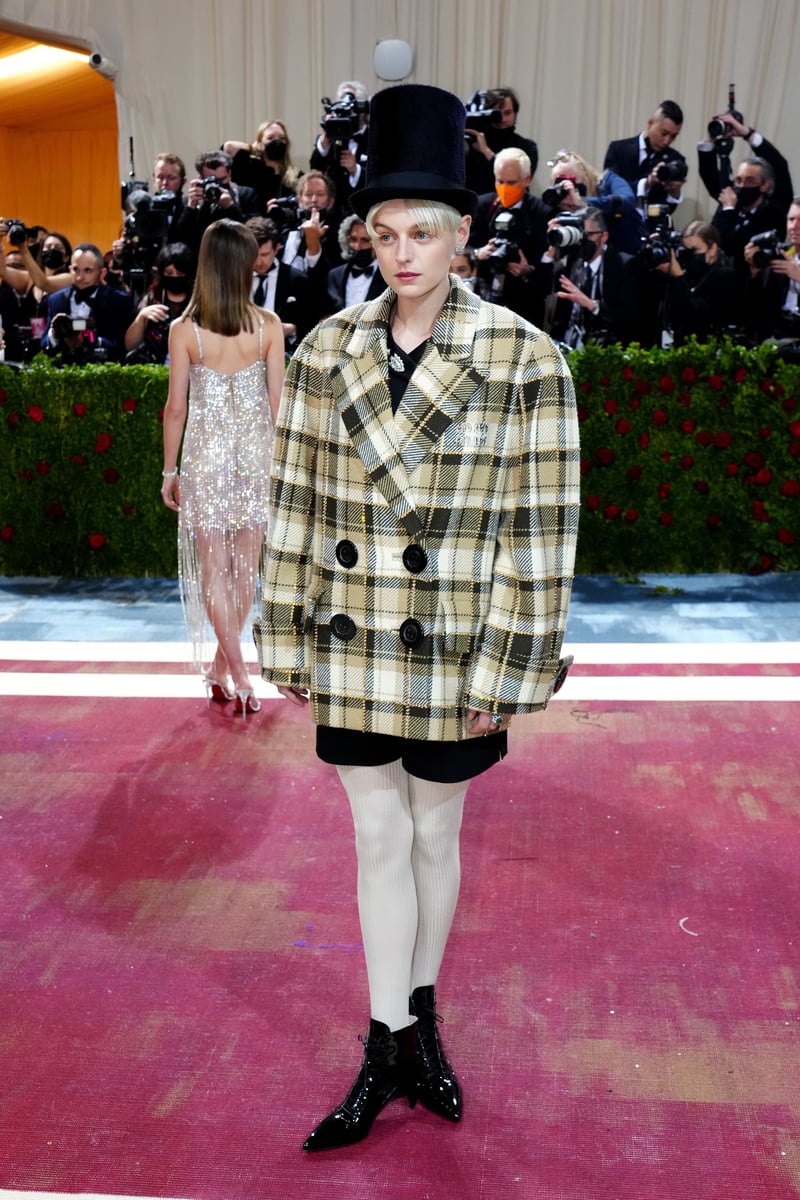 Emma Corrin said their outfit was inspired by a guy from the 1800s known as 'King of the Dudes', so at least there is a nice backstory behind... this. Image: Getty.

And just like that, the chaos that is the Met Gala was over.

The celebs were shepherded inside the museum for the event, which remains mostly a mystery to all of us plebs.

No one tripped up the stairs or came dressed as a literal horse, but we did get a glimpse at Oscar Isaac in a skirt. That's all it takes to keep me happy.