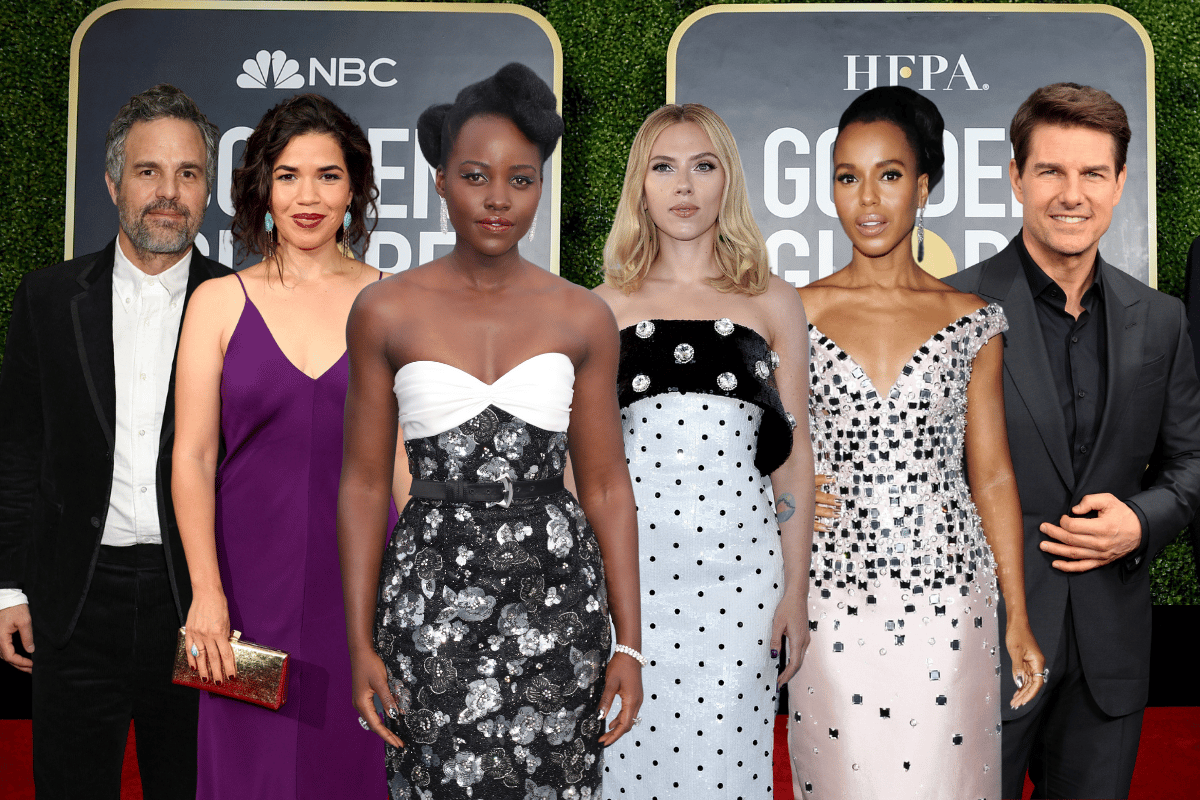 The Golden Globes award ceremony is looking very different in 2022. Namely, because there will not be one.

Actors and Hollywood heavyweights have taken a stand this year in a bid to shed light on the lack of diversity the Golden Globes represents.

Just last year, it was revealed that out of the 87 people on the board for the Golden Globes, there was not a single Black member.

The Hollywood Foreign Press Association (HFPA), a group of journalists and photographers who report on the US entertainment industry for foreign outlets, host and vote on the Golden Globes awards.

The organisation has been under fire for months, following a February 2021 expose by the Los Angeles Times that laid bare its questionable financial practices, accepting gifts from prospective nominees and its dismal diversity record.

Former HFPA president Meher Tatna also told Variety that the group hadn't had a Black member since at least 2002, when she first joined.

Listen to The Spill: All the WTF moments from a truly cringeworthy Golden Globes. Post continues after audio.

US television network NBC has since dropped its broadcast of the Golden Globes ceremony in 2022 following the backlash.

"We continue to believe that the HFPA is committed to meaningful reform," NBC said in a statement. "However, change of this magnitude takes time and work, and we feel strongly that the HFPA needs time to do it right. As such, NBC will not air the 2022 Golden Globes."

WarnerMedia, which includes cable channel HBO and movie studio Warner Bros, also said in a letter to the HFPA that it was concerned about "racially insensitive, sexist and homophobic questions" at news conferences and events during the Golden Globe nominations and awards process.

With this in mind, these are some of the celebrities who have publicly spoken out against the Golden Globes, calling for major change. 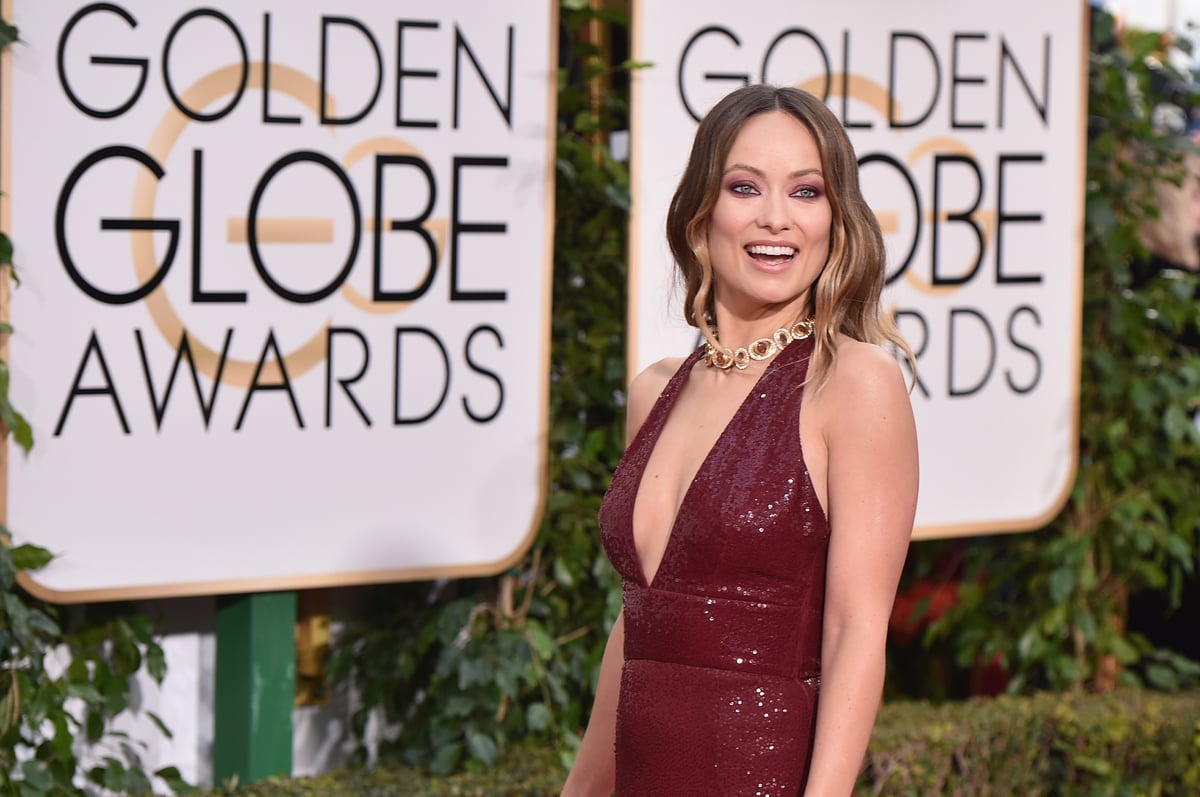 Image: Getty. Actress Olivia Wilde took to Instagram to call out the Golden Globes, with an image saying: "The Hollywood Foreign Press Association has not a single Black member out of 87."

She captioned the post: "Truly absurd. I support and celebrate all the GG nominees, and their hard work for their craft, but when it comes to this institution, it's time for the HFPA to commit to some deep, structural evolution. #timesupglobes." 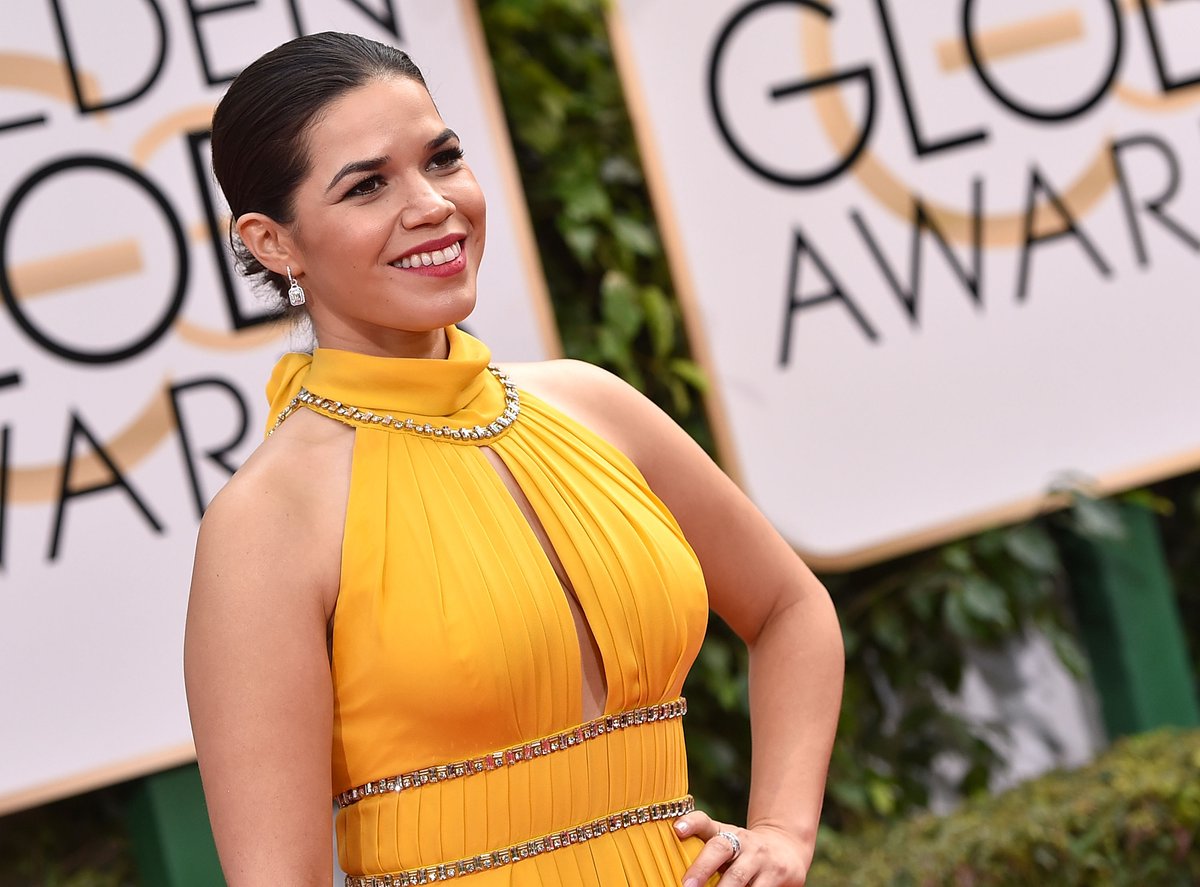 A year later at the 2016 Golden Globes, Ferrera spoke up about the incident with Eva Longoria, both of whom have once again called out the HFPA for not learning their lesson five years on.

Speaking about the need for visibility, Ferrera wrote: "All audiences want to see the world they live in reflected on screens big and small. At a certain point, it becomes unavoidable to notice that we’re being ignored."

In the same column for Deadline, Ferrera noted: "Diversity is on everyone’s agenda today, but it's something I've had to think about my entire career, because, in a way, it's like the tax you pay for being a person of colour in this industry." 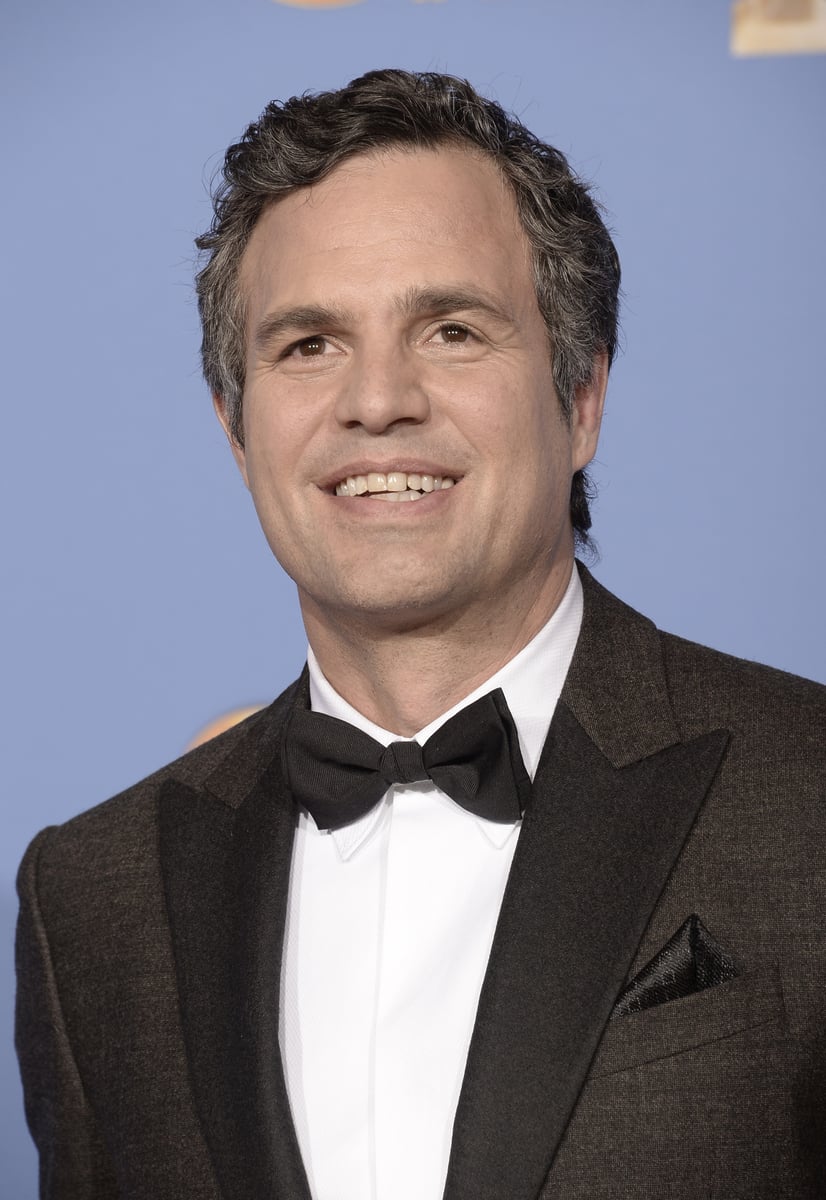 Image: Getty.  Mark Ruffalo won a Golden Globe in 2021 for his performance in the limited series I Know This Much Is True. But at the same time, he noted that reform was overdue for the awards ceremony and its members.

"It's discouraging to see the HFPA, which has gained prominence and profited handsomely from their involvement with filmmakers and actors, resist the change that is being asked of them from many of the groups that have been most disenfranchised by their culture of secrecy and exclusion.

"Now is the time to step up and right the wrongs of the past. Our industry is embracing the opportunity for greater equality in this beautiful moment," he concluded.

Emily in Paris writer Deborah Copaken penned a lengthy op-ed for The Guardian when it was announced the show she had written on had received numerous Golden Globes nominations, whereas I May Destroy You had been completely snubbed.

EXCELLENT writing from Deborah Copaken. Nails it.
•
I’m a writer on Emily in Paris. I May Destroy You deserved a Golden Globe nomination https://t.co/jZqDXJTz3y

Michaela Coel created, wrote, co-directed, produced and starred in the critically acclaimed series. I May Destroy You follows Arabella (Coel), a young woman who attempts to rebuild her life after it gets turned upside down in the wake of sexual assault. 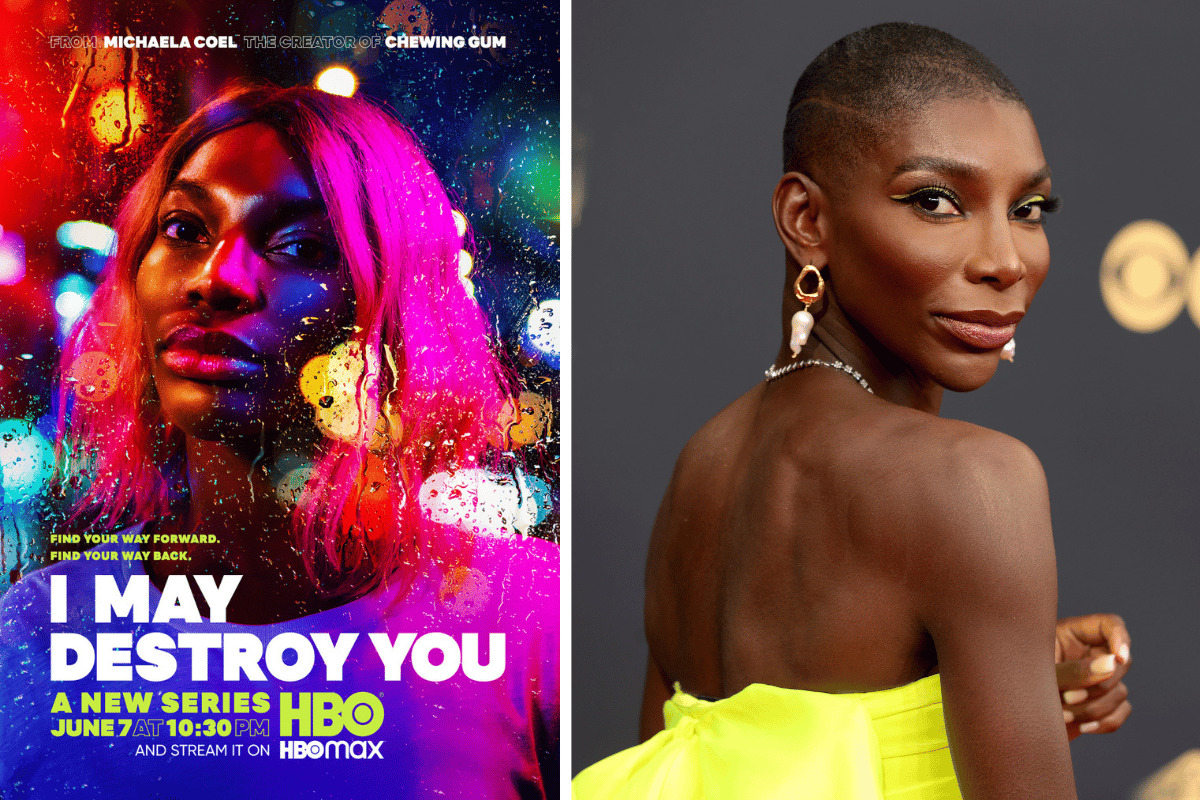 Image: BINGE/Getty. She continued: "It's an oversight that symbolises a larger issue. How anyone can watch I May Destroy You and not call it a brilliant work of art or Michaela Coel a genius is beyond my capacity to understand how these decisions are made."

Countless celebrities reshared the article on their socials, agreeing with Copaken and sparking further backlash towards the HFPA. 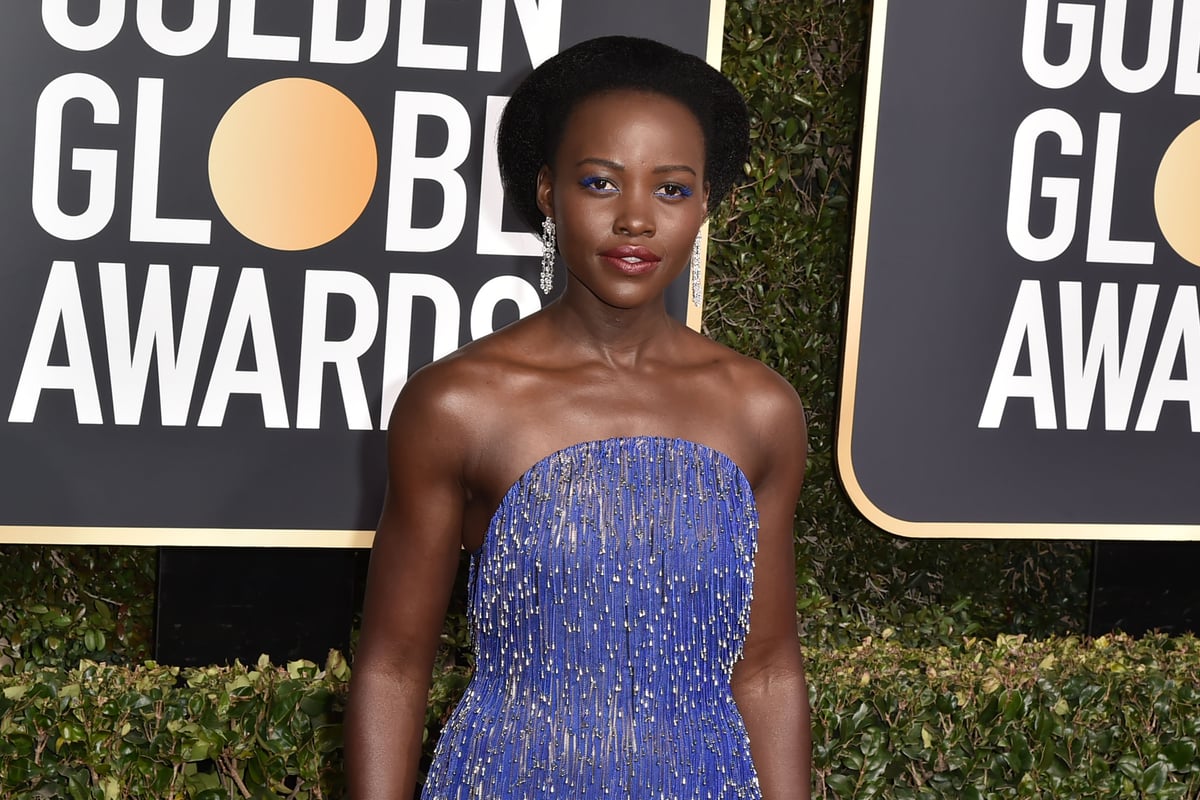 Image: Getty. There have been multiple occasions where fans have felt Lupita Nyong'o should have been nominated for a Golden Globe. Other than a nomination in 2013, the actress has continually been snubbed by the HFPA, despite being consistently recognised by other institutions in her industry, including the Academy Awards.

Also criticising the lack of Black voices within the HFPA, Nyong'o wrote on Instagram: "Actions speak louder than words. We are waking up more and more to the power we possess when we stand together. And to the need to call for deliberate action if racial equality is to be exercised in every aspect of our lives." 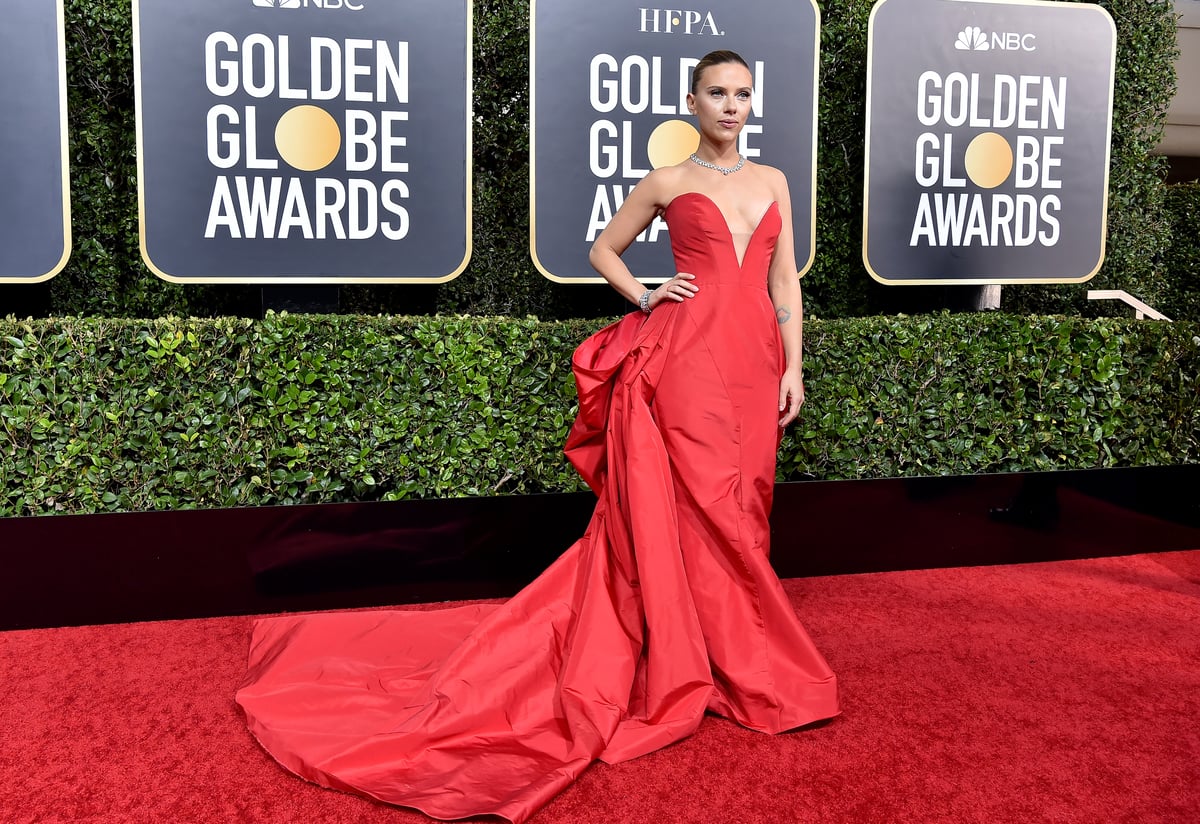 Image: Getty Known as one of the world's highest-paid actresses, Scarlett Johansson has also criticised the HFPA, particularly when it comes to their misconduct and sexism.

"As an actor promoting a film, one is expected to participate in award seasons by attending press conferences as well as awards shows. In the past, this has often meant facing sexist questions and remarks by certain HFPA members that bordered on sexual harassment. It is the exact reason why I, for many years, refused to participate in their conferences," she said in a statement.

"Unless there is necessary fundamental reform within the organisation, I believe it is time that we take a step back from the HFPA and focus on the importance and strength of unity within our unions and the industry as a whole." 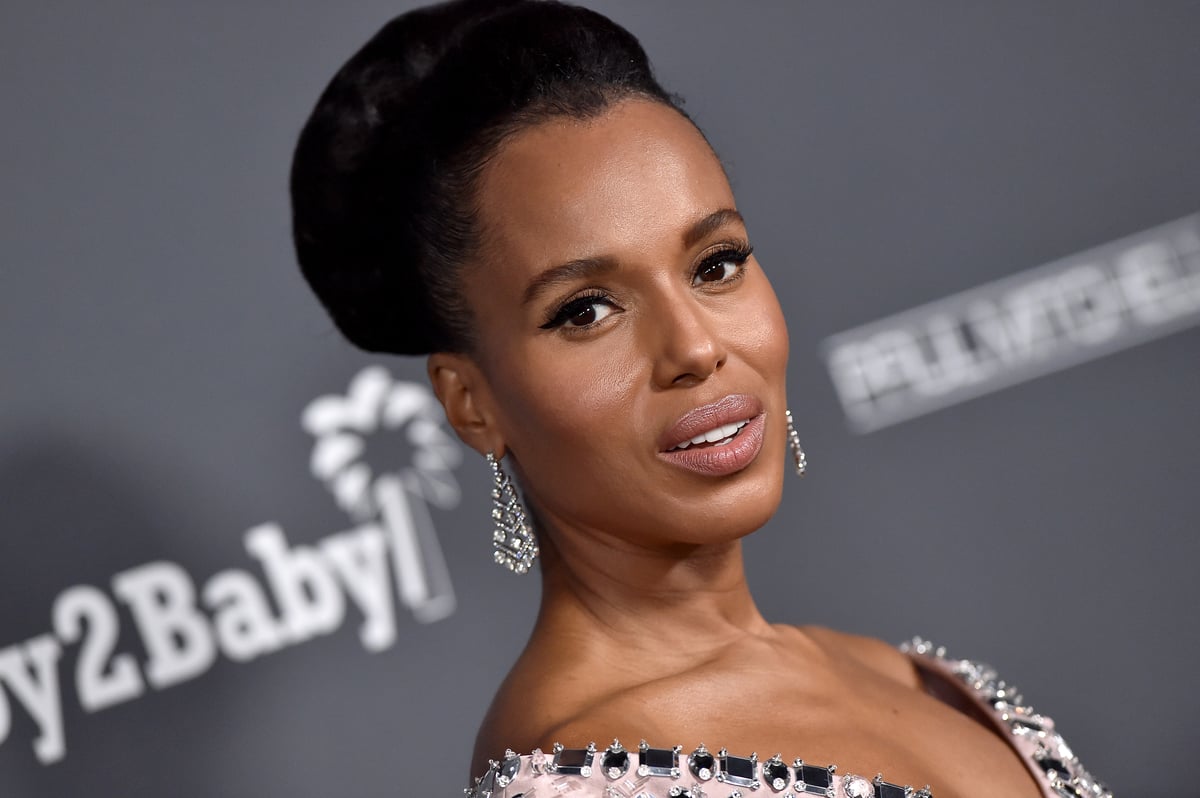 Image: Getty. Actress Kerry Washington has been a strong advocate for change and reform in the entertainment and film industry, especially when it comes to multicultural representation.

In response to the news that the HFPA had few members of colour, Washington wrote on Twitter: "A cosmetic fix isn't enough. #TimesUpGlobes #TIMESUP."

Speaking to PEOPLE about the need for not only Hollywood, but also for society to change, she said: "I think a more radical acceptance of anti-racist society, policies and culture is needed. It's important we're having these conversations at our dinner tables, in our classrooms and in our highest systems of government." 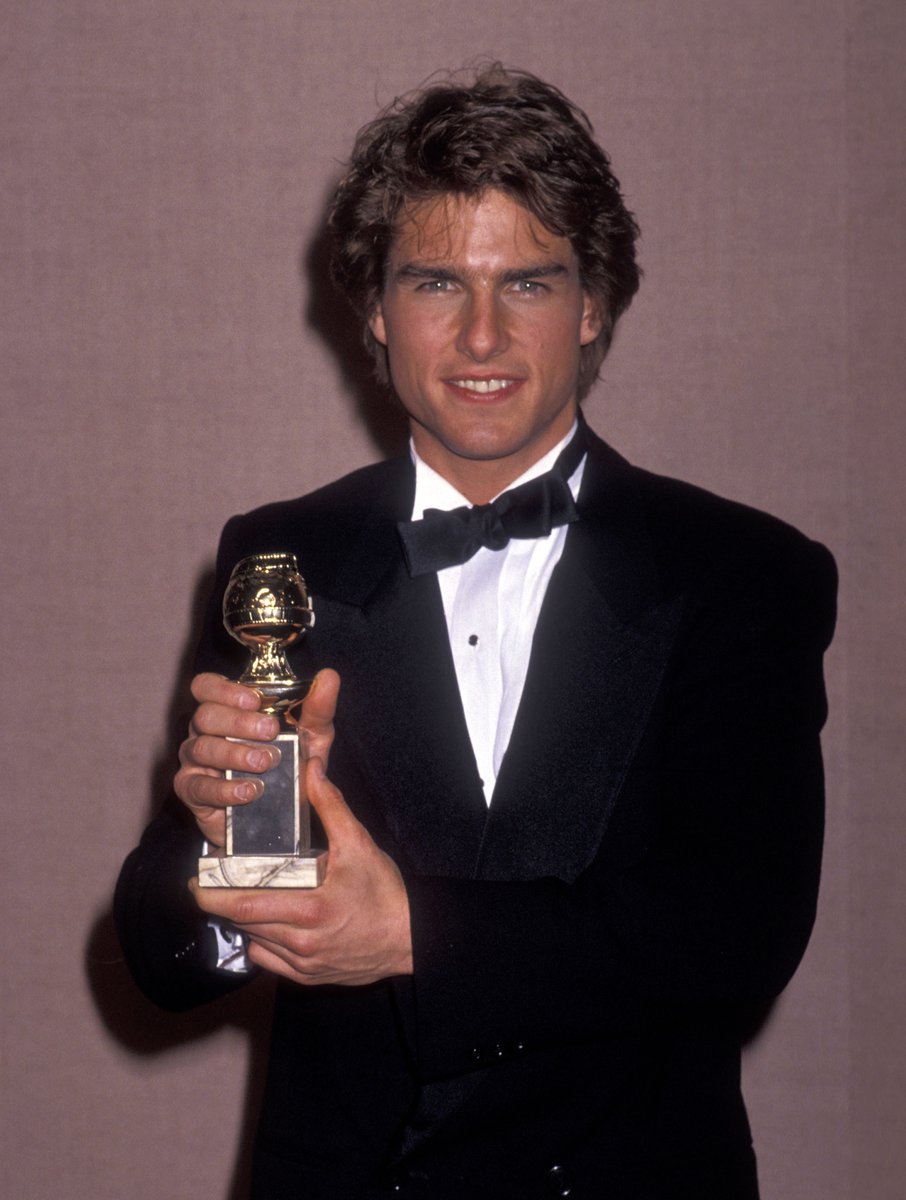 Image: Getty. One of the most high-profile rejections of the awards show comes from the likes of Tom Cruise. Although Cruise has some controversies of his own, last year he did make a stand in protest by returning his three Golden Globes awards.

The awards were for Born on the Fourth of July (Best Actor, Drama), Jerry Maguire (Best Actor, Comedy or Musical), and Magnolia (Best Supporting Actor). 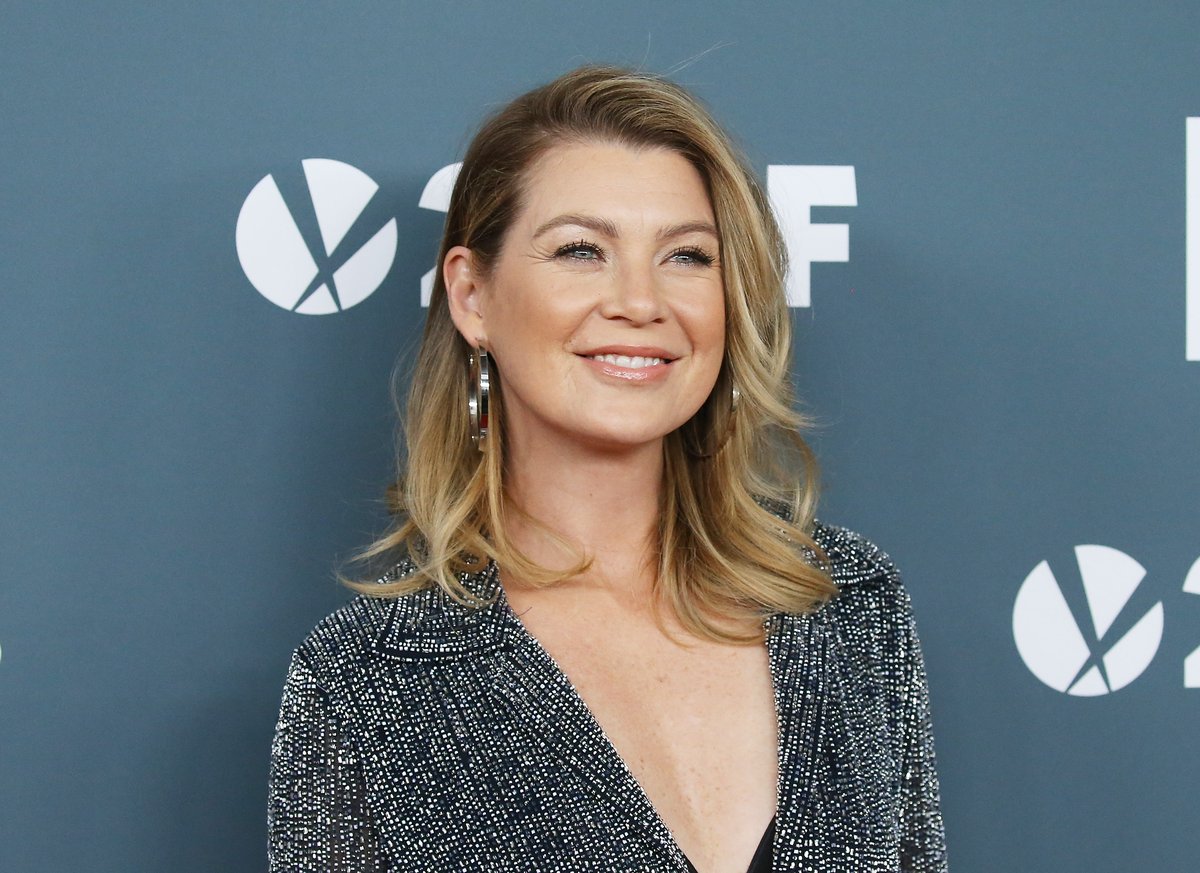 Image: Getty.  Grey's Anatomy star Ellen Pompeo posted an open letter to the HFPA calling on white stars to "pull up, show up and get this issue resolved".

"This is Hollywood, we are master problem solvers. There is a solution here and I have faith that we can find it. What we cannot do is leave this problem up to the Black community and all our communities of colour to fix. This is not their problem, it's ours," she wrote.

The actress, who has often spoken out about witnessing the industry's discrimination towards Black people, said: "Now is not a time to be silent. We have a real action item here let's get it done."

The 79th Golden Globes are looking very different this year. There will be no live audience, no television cameras, no red carpet or media and no celebrities.

This year's event is going to be a private event and will not be live-streamed.

We will be providing real-time updates on winners on the Golden Globes website and our social media.https://t.co/UftlFSZg5u

Instead, it will be a "private and small event", marking a major downfall for the elite award show. 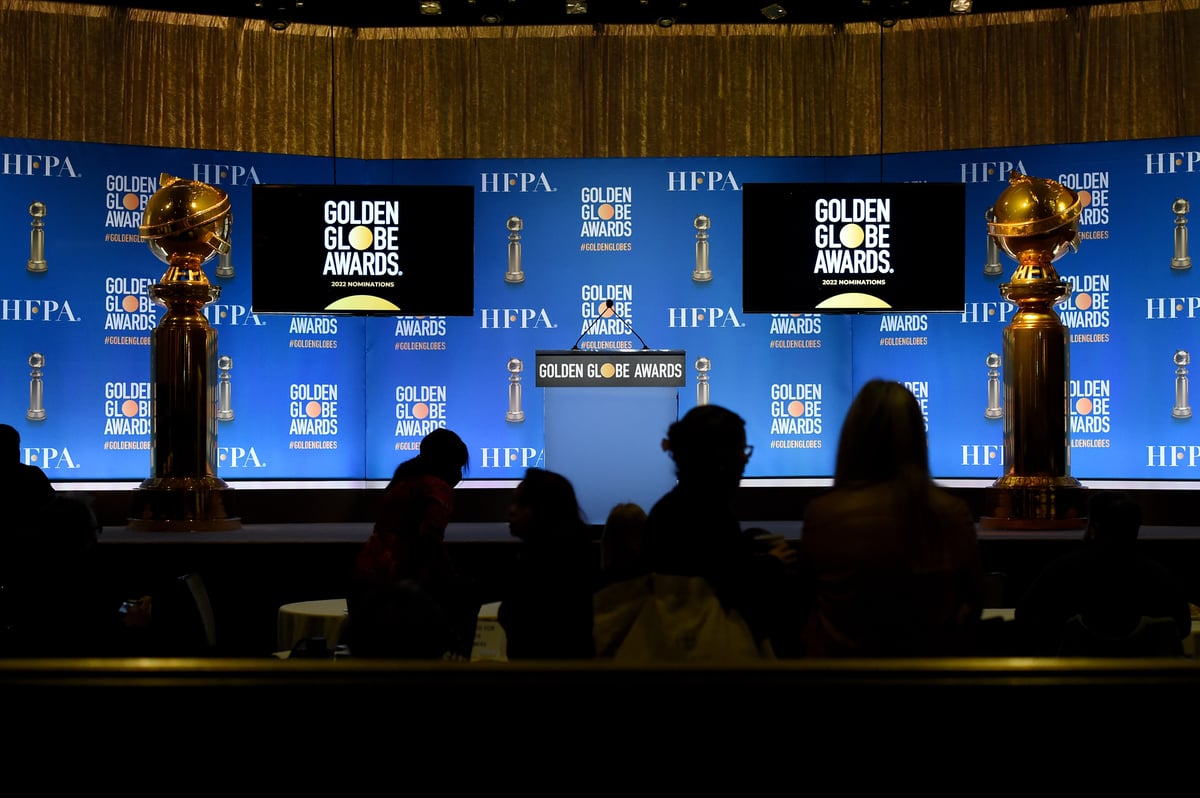