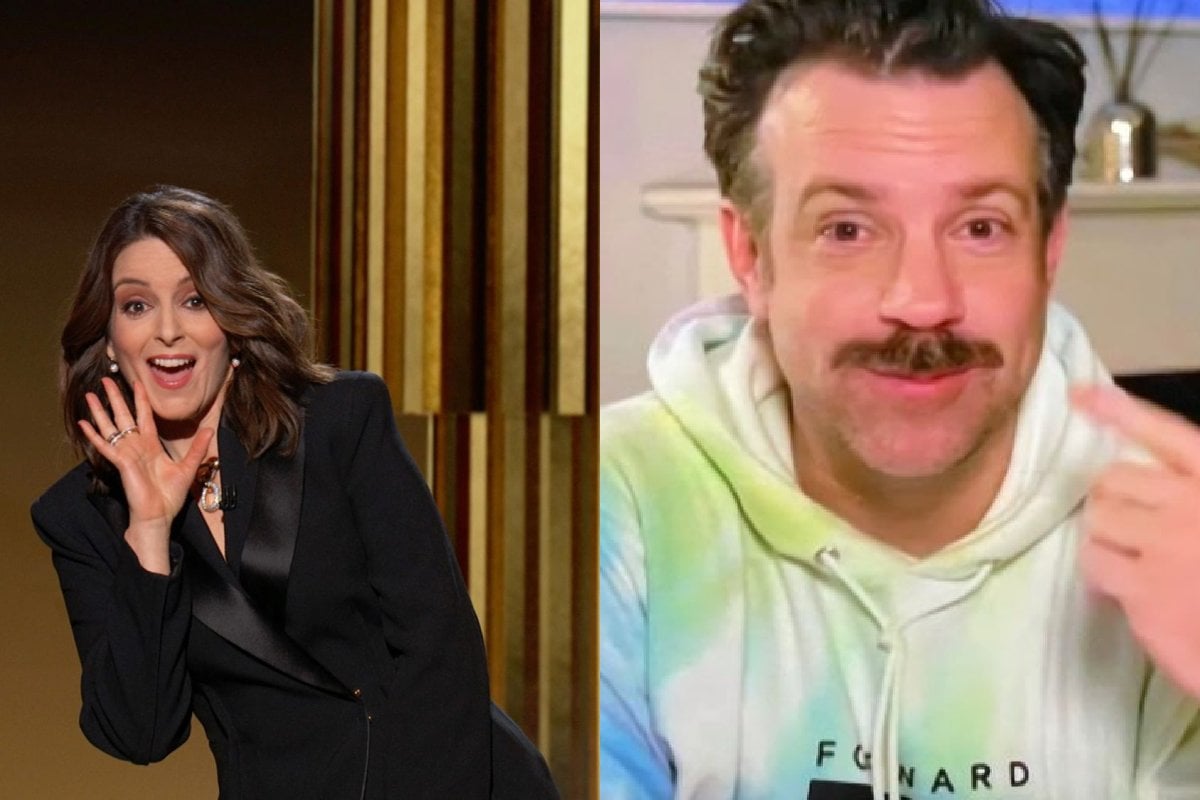 The 78th Annual Golden Globes happened today over Zoom - and you better believe it was full of awkward silences and tech failures.

The award ceremony was clouded with controversy, with many Hollywood actors boycotting the awards due to the lack of diversity in the Hollywood Foreign Press Association (HFPA) - the organisation in charge of voting for the awards.

Here are the biggest moments from the strangest Golden Globes to date:

1. The red carpet was over Zoom.

With that whole worldwide pandemic still... happening, there wasn't a traditional red carpet at this year's Golden Globes.

Instead, most of the stars Zoomed in from their homes and the dress code ranged from black tie, to a "nice day at the park", to... hoodies. 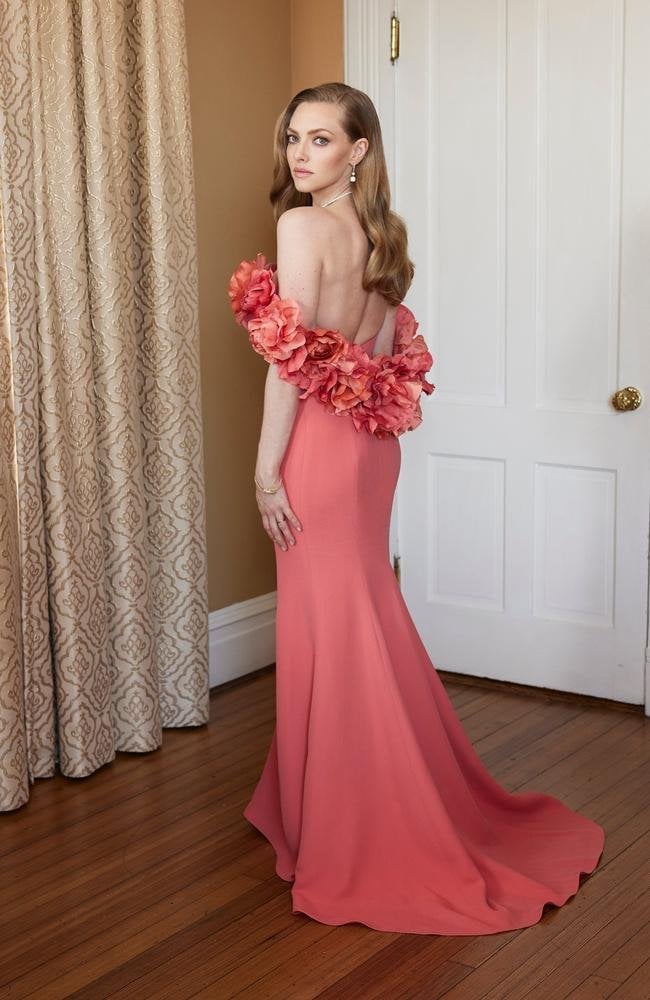 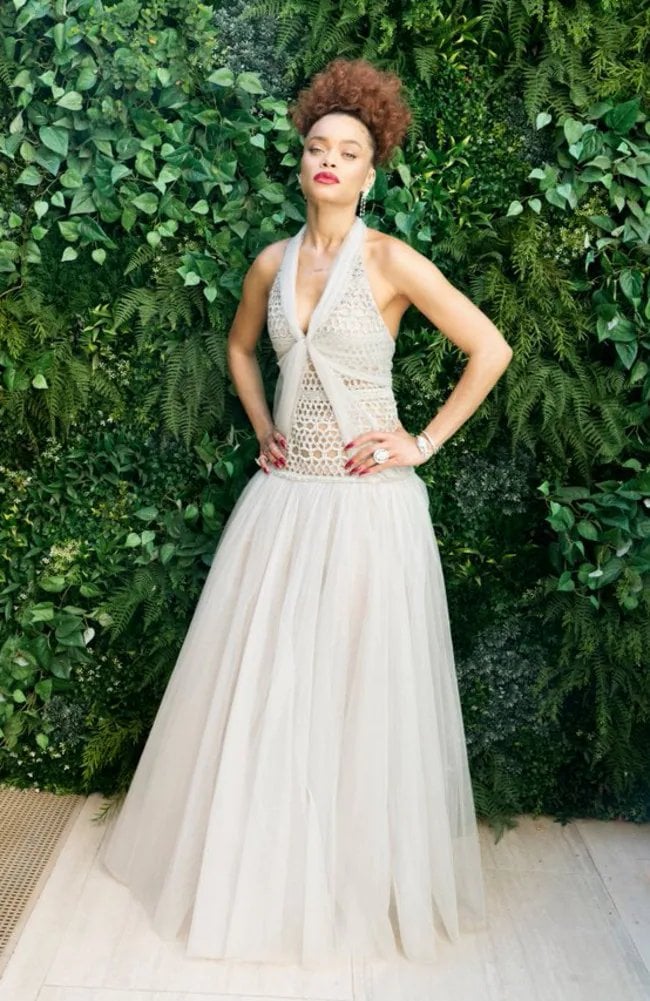 Tina Fey and Amy Poehler returned to host the ceremony this year from opposite ends of the country.

In their opening monologue, they addressed the three biggest controversies around the Golden Globes - the lack of diversity in the Hollywood Foreign Press Association (the organisation which decides on the Golden Globe nominations), Sia's controversial movie Music, and that time James Corden played a gay man in a terrible Netflix movie about tolerance which only resulted in people becoming more... intolerant.

Poehler then explained the difference between TV and movies.

"TV is the one I watch five hours straight, and movies is the one I don't switch on cause it two hours," she said.

Fey said the HFPA was made up of "90 international no black journalists" some of which may be "ghosts".

The two comedians concluded their monologue with three truest statements ever uttered at an awards ceremony - inclusivity is important, awards shows are stupid, and this whole night could have been an email.

Laura Dern then came on stage to present the first award of the night, Best Performance by an Actor in a Supporting Role in Any Motion Picture.

Daniel Kaluuya won it for his role in Judas and the Black Messiah.

Kaluuya started to accept the award over Zoom only to find out he was on.... mute. The camera had to cut back to Dern while Kaluuya located his unmute button.

Catherine O’Hara won Best Actress in a Television Series, Musical or Comedy for her work on Schitt’s Creek.

She beat out Lily Collins, who was nominated for Emily in Paris, the show each and every one of us secretly binge-watched in 2020.

O'Hara accepted the award in true Moira fashion - with a glass in her hand - while her husband Bo Welch sat beside her playing the “you’ve talked too long, now get off” warning music on his phone.

Schitt's Creek then won the best comedy or musical, with Dan Levy accepting the award.

5. Jason Sudeikis was all of us on a Zoom call.

While accepting the award for Best Actor in a Comedy for Ted Lasso, Jason Sudeikis wore a hoodie and mumbled through a long, confusing speech until his fellow nominee Don Cheadle told him to wrap it up.

Yeah, he was basically just all of us when we have to sit through another Zoom meeting as our personal life crumbles around us.

Apparently the actor has recently moved into a "Covid bubble" with his ex Olivia Wilde, their children and Wilde's new boyfriend... Harry Styles.

6. Nicole Kidman's family made an appearance.

Nicole Kidman and Keith Urban's daughters, Sunday and Faith, made a rare public appearance, joining Kidman and Urban on the couch for the ceremony. 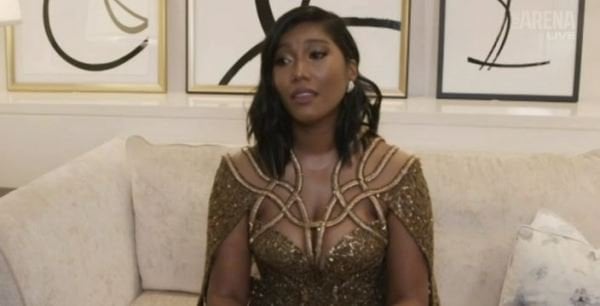 Chadwick Boseman, who passed away in August 2020, posthumously won the award for Best Actor in a Motion Picture, Drama for his work in Ma Rainey’s Black Bottom.

His widow, Taylor Simone Ledward, accepted the award on his behalf.

"I don't have his words, but we have to take all the moments to thank the people we love. I'm taking this moment to do exactly that," she said.

"He would thank God, he would thank his parents, he would thank his ancestors for their guidance and their sacrifices. He would say something beautiful, something inspiring, something that would amplify that little voice inside all of that tells you that you can… I don't have his words, but we have to take all the moments to celebrate those we love, so thank you HFPA for giving me the opportunity to do just that. And hun? You keep 'em coming."

Chloe Zhao became the second woman in Golden Globe history to win Best Director for her work on Nomadland.

"This award belongs to the whole Nomadland team," Zhao said in her speech. "Compassion is the breakdown of all the barriers between us, a heart-to-heart bonding. Your pain is my pain, it's mingled and shared between us." 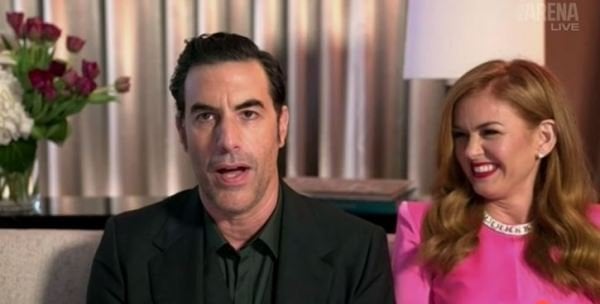 He also paid tribute to his co-star... Republican politician Rudy Giuliani, who unwittingly starred in one of the film's hidden camera segments.

A few minutes later, Baron Cohen won his second award, for Best Actor in a Comedy.

"Donald Trump is contesting the result – he's saying a lot of dead people voted, which is a terrible thing to say about the Hollywood Foreign Press Association," he said.