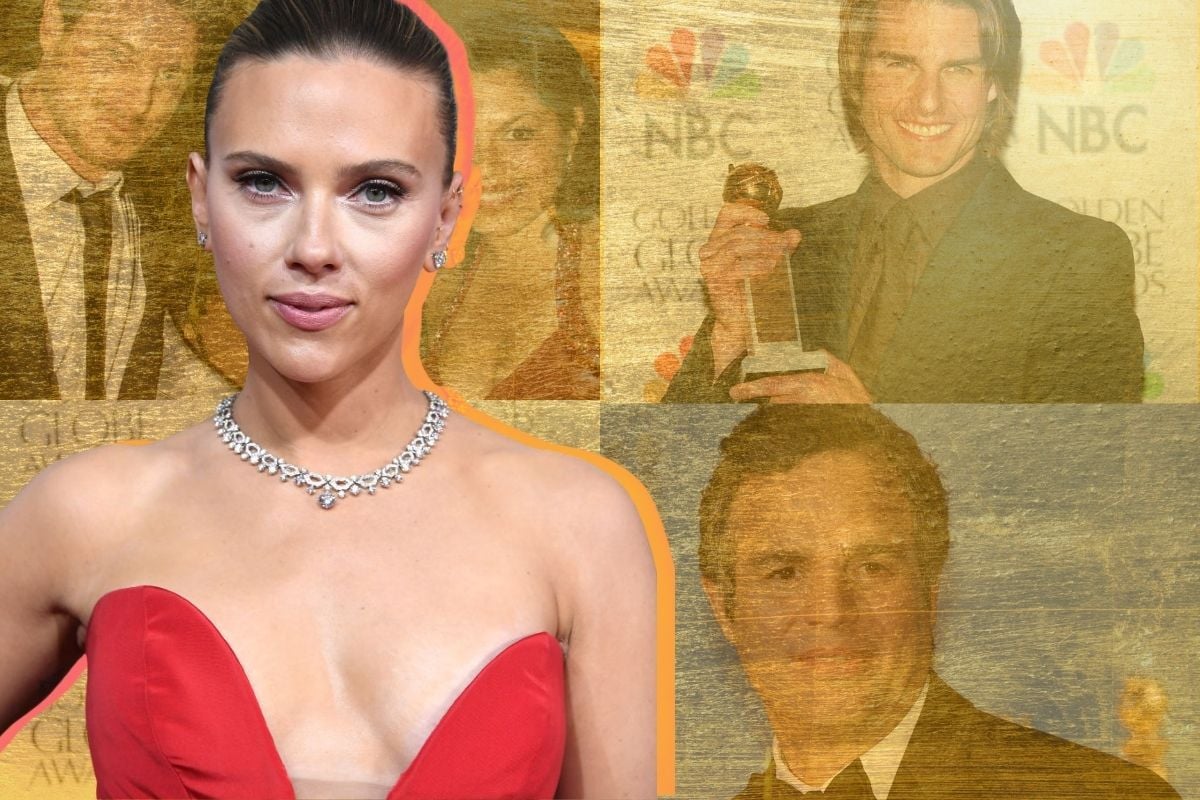 The Golden Globes, known as "Hollywood's biggest party", are in disarray after a series of pushbacks from the very industry the awards honour.

Just how the Globes will appear in 2022 is anybody's guess, as right now stars are sending back their awards, studios are alleging bigoted questions and next year's ceremony is in need of a new broadcast home.

Watch: The five most shocking Globes moments of all time (well, before all *this*). Post continues below video.

Here's why everyone is talking about the Globes.

The Hollywood Foreign Press Association, a group of journalists and photographers who report on the US entertainment industry for foreign outlets, host and vote on the Golden Globe awards.

The organisation has been under fire for months, following a February 2021 expose by the Los Angeles Times that laid bare its questionable financial practices, accepting gifts from prospective nominees and its dismal diversity record.

Former HFPA president Meher Tatna also told Variety that the group hadn't had a Black member since at least 2002, when she first joined.

In April, inappropriate comments made by former HFPA President Phil Berk in an email were shared. In the emails, Berk referred to Black Lives Matter as a "racist hate movement".

He was expelled from its membership two days after sending the email.

At the same time, Diversity and Inclusion Advisor Dr Shaun Harper and crisis management firm Smith & Company both cut ties with the organisation.

In early May, the HFPA announced sweeping reforms, including increasing its tiny membership (87 members in February 2021) by 50 per cent, with a focus on recruiting Black members.

But the changes weren't enough to quell the increasingly loud voices arguing against the Globes.

Actors, studios and other Hollywood heavyweights are asking the industry to "step back" from the Golden Globes until the HFPA implements more substantial reforms.

On Saturday, Scarlett Johansson joined critics including Netflix, Amazon Studios, WarnerMedia and dozens of Hollywood's top publicity companies, who said they would no longer work with the HFPA unless it made far-reaching changes. 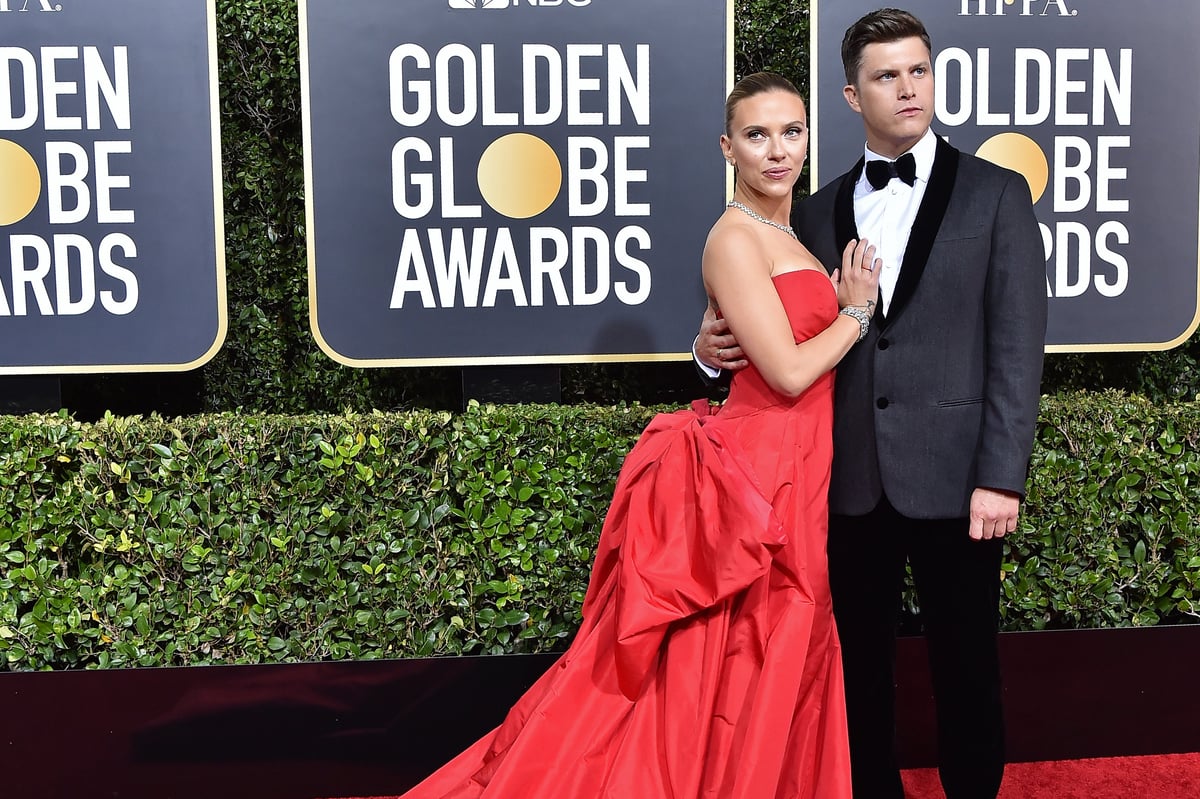 Image: Getty. Johansson, a five-time Globe nominee, said members of the HFPA had made comments to her that "bordered on sexual harassment".

"As an actor promoting a film, one is expected to participate in awards season by attending press conferences as well as awards shows," she said in a statement provided to The Hollywood Reporter.

"In the past, this has often meant facing sexist questions and remarks by certain HFPA members that bordered on sexual harassment. It is the exact reason why I, for many years, refused to participate in their conferences.

"The HFPA is an organisation that was legitimised by the likes of Harvey Weinstein to amass momentum for Academy recognition, and the industry followed suit.

"Unless there is necessary fundamental reform within the organisation, I believe it is time that we take a step back from the HFPA and focus on the importance and strength of unity within our unions and the industry as a whole." 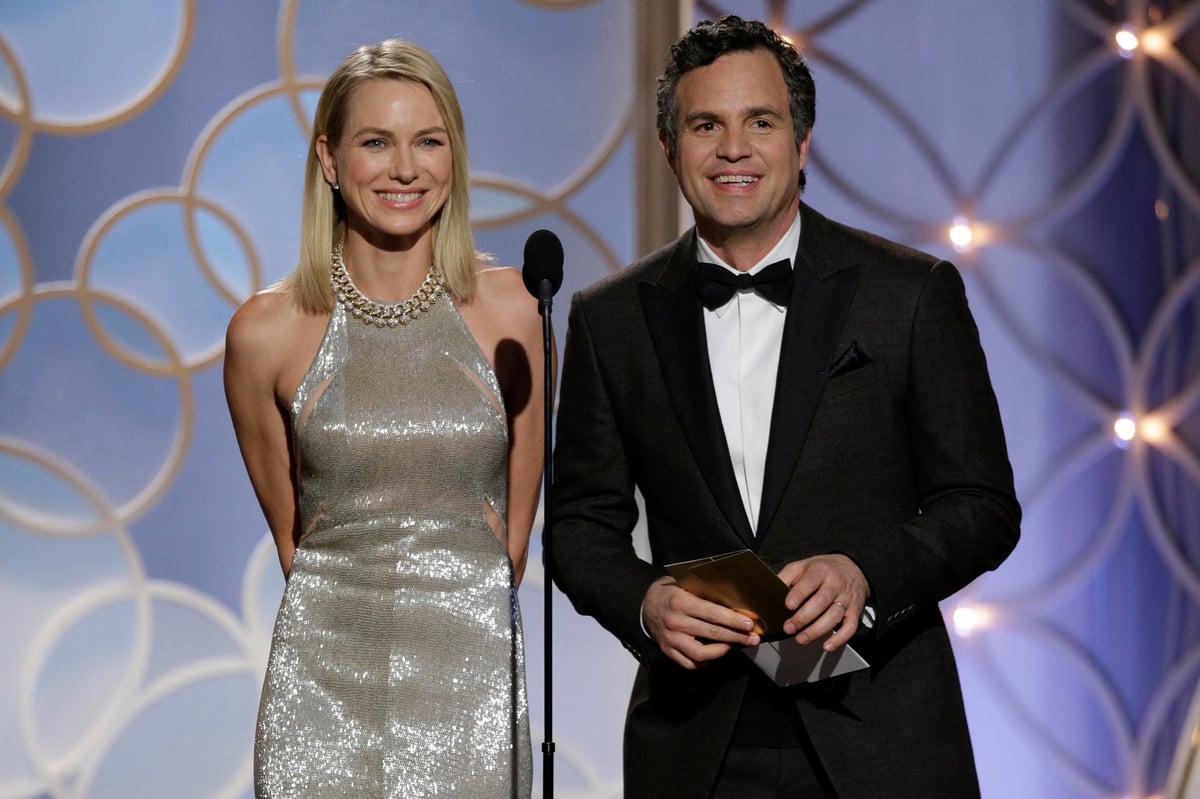 Image: Getty. Mark Ruffalo, who won a Golden Globe in 2021 for his performance in the limited series I Know This Much Is True said last week reform of the HFPA was overdue.

"It's discouraging to see the HFPA, which has gained prominence and profited handsomely from their involvement with filmmakers and actors, resist the change that is being asked of them from many of the groups that have been most disenfranchised by their culture of secrecy and exclusion.

"Now is the time to step up and right the wrongs of the past. Our industry is embracing the opportunity for greater equality in this beautiful moment.

"It is not perfect and long overdo but it is clear what must happen and how. The Justice Movement is offering all of us, the HFPA, and every other entertainment entity, a good way forward.

"We should all follow suit. It is our audiences and our highest sense of decency that we are ultimately serving with these changes. They are both deserving." 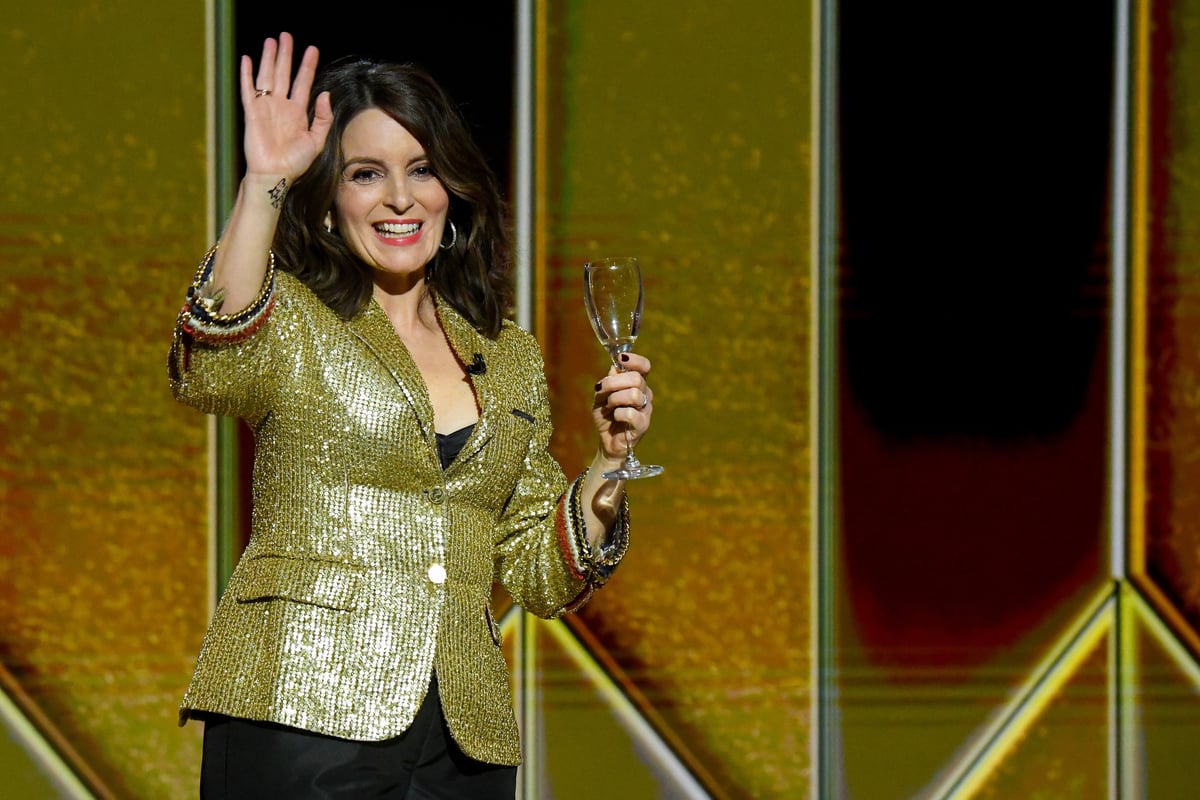 Tina Fey and Amy Poehler hosted the 2021 Golden Globes. Image: Getty. WarnerMedia, which includes cable channel HBO and movie studio Warner Bros, said in a letter to the HFPA that it was concerned about "racially insensitive, sexist and homophobic questions" at news conferences and events during the Golden Globe nominations and awards process.

WarnerMedia was behind Michaela Cole's I May Destroy You, which is the biggest snub among the 2021 awards nominees.

It said it would "continue to refrain from direct engagement with the HFPA, including sanctioned press conferences and invitations to cover other industry events with talent" until the organisation made appropriate changes, echoing earlier commitments from Netflix and Amazon Studios.

Others to boycott HFPA events include Time's Up and a number of PR firms. 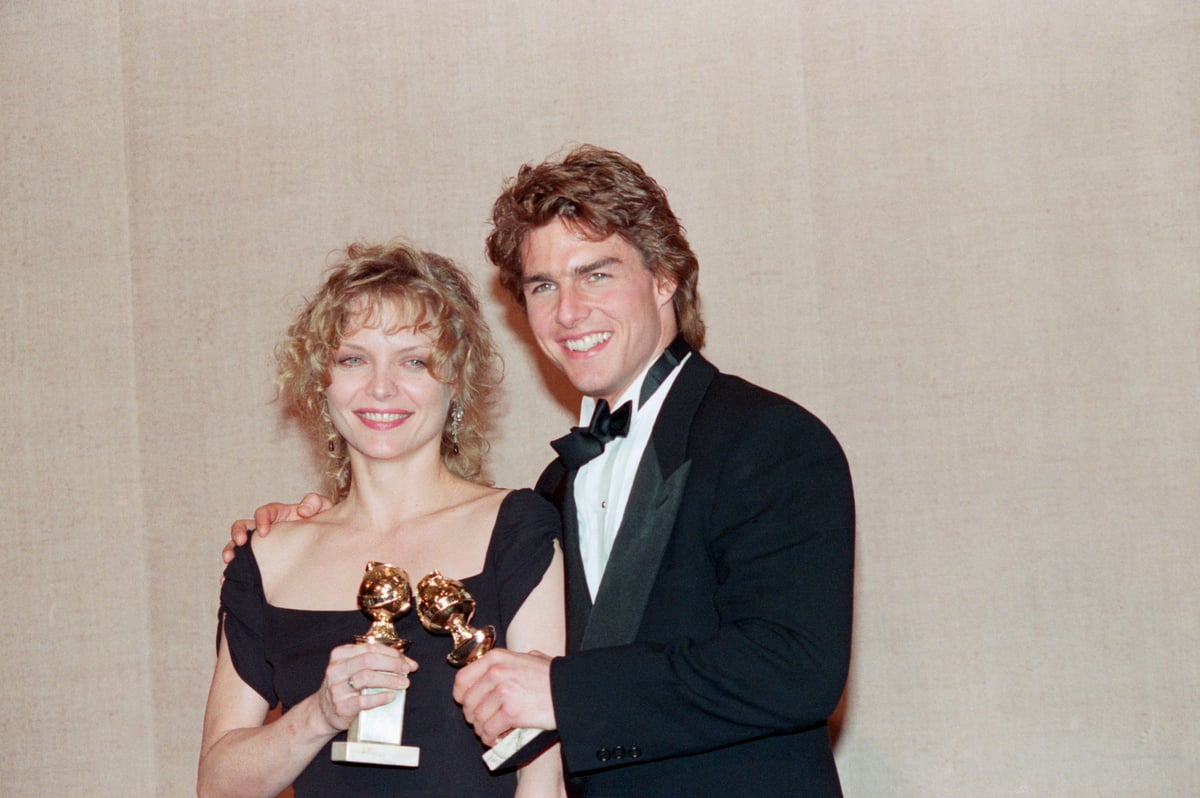 Image: Getty. In the most high-profile rejection of the awards show so far, Tom Cruise has returned his three Golden Globes awards, for Born on the Fourth of July (Best Actor, Drama), Jerry Maguire (Best Actor, Comedy or Musical), and Magnolia (Best Supporting Actor).

Deadline reported the three trophies were delivered to HFPA headquarters on May 10.

That time that Tom Cruise sent his @goldenglobes for “Jerry Maguire,” “Magnolia” and “Born on the Fourth of July” in an actual box to the reception desk of HFPA to stand against their sexist, homophobic, racist practices of exclusion, harassment and bias.https://t.co/mjkr2qrOoL

US television network NBC has dropped its broadcast of the Golden Globes ceremony in 2022 after a Hollywood backlash over the ethics of the group that hands out the annual awards for film and television and its lack of diversity.

NBC's decision came even after the HFPA agreed to recruit more Black members and make other changes in the next 18 months.

The network had initially welcomed the plan but later said it would wait to see if the reforms worked.

"We continue to believe that the HFPA is committed to meaningful reform," NBC said in a statement.

"However, change of this magnitude takes time and work, and we feel strongly that the HFPA needs time to do it right. As such, NBC will not air the 2022 Golden Globes."

The decision earned applause from members of the industry.

Every step forward matters. So many people in front of/behind the camera, at studios/streamers & PR firms took a stand to shift a piece of the biz model that affects the economic futures of artists who are often tokenized/not included. These steps can work in any industry. https://t.co/IasZCtZIP2

Everything matters. Even this. The ripple effects echo through our industry, especially for Black artists and artists of color.

Kudos to all the activists, artists, publicists and executives who took a stand to make this so. https://t.co/ng1uUiOqS4

Thank you, @NBC, for taking the time to do this right. #ChangeIsGolden https://t.co/MPONIZN9F4

It took the collective voices of individual actors, creators, and a united front of over 100 publicists to make this happen. Together, we demanded an awards ceremony that is fully inclusive, transparent, and respectful. @glaad @ColorOfChange

NBC said it was hopeful the HFPA would execute its plan so the network could "be in a position to air the show in January 2023".