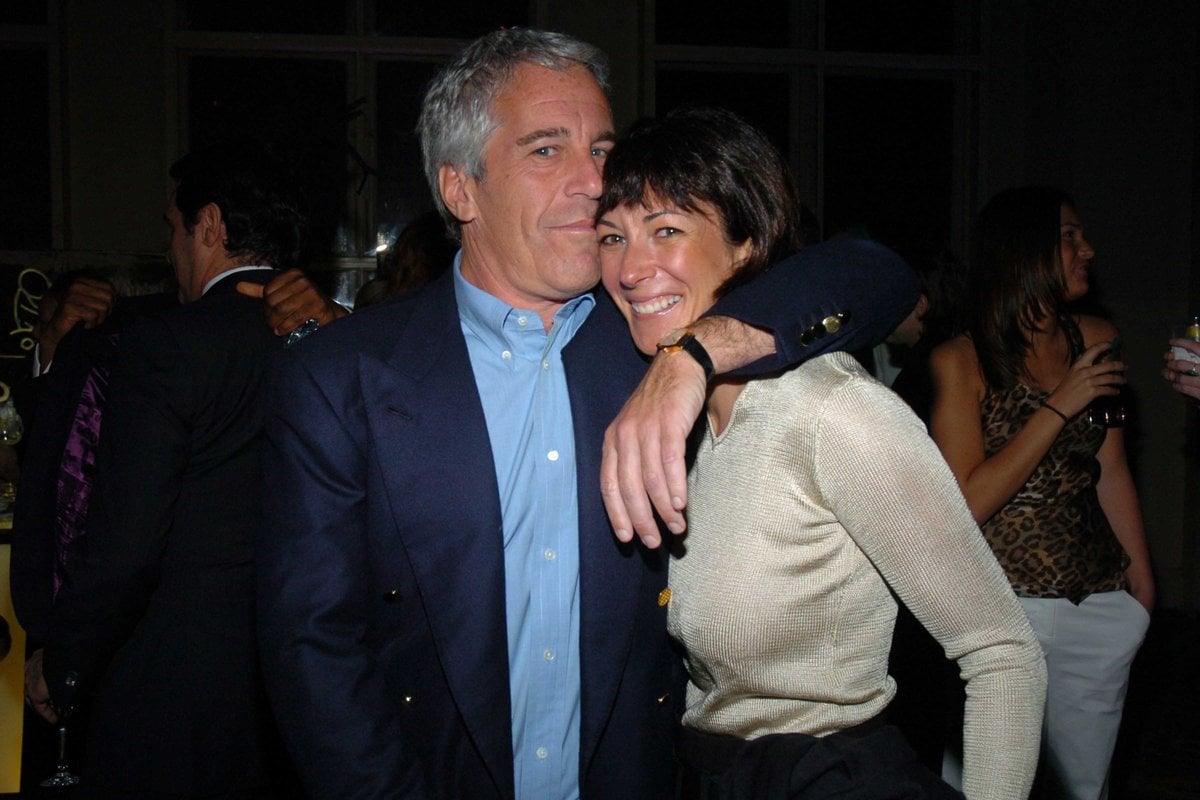 Ghislaine Maxwell, the former girlfriend of the late convicted sex offender Jeffrey Epstein, has been behind bars for 16-months since being arrested on charges she helped procure underage sex partners for the financier.

The charges followed a months-long search for the 59-year-old, who disappeared after Epstein’s alleged suicide in prison. If found guilty, Maxwell faces up to 35 years in prison.

The daughter of the late newspaper tycoon Robert Maxwell has this week spoken for the first time about her life in prison, in her own words, a "living hell."

Here is what you need to know about Maxwell’s path to prison and her life behind bars.

Watch the trailer for Jeffrey Epstein: Filthy Rich below. Post continues below.

Ghislaine Maxwell’s name and face have become synonymous with the crimes of Jeffrey Epstein. Before his death, prosecutors were preparing to argue that the 66-year-old billionaire had brought "dozens" of women, including some who were underage, to his mansions in New York and Florida for sexual encounters with himself and a host of his wealthy friends.

But following his alleged suicide in 2019, officials were forced to pivot their focus to his reported accomplices. Chief among them was Ghislaine Maxwell, Epstein’s former girlfriend. She has been named by a number of Epstein’s alleged victims, including Virginia Giuffre, as a primary co-conspirator; a "madam" whom Epstein had tasked with recruiting young women into his circle by offering them what seemed to be legitimate employment. 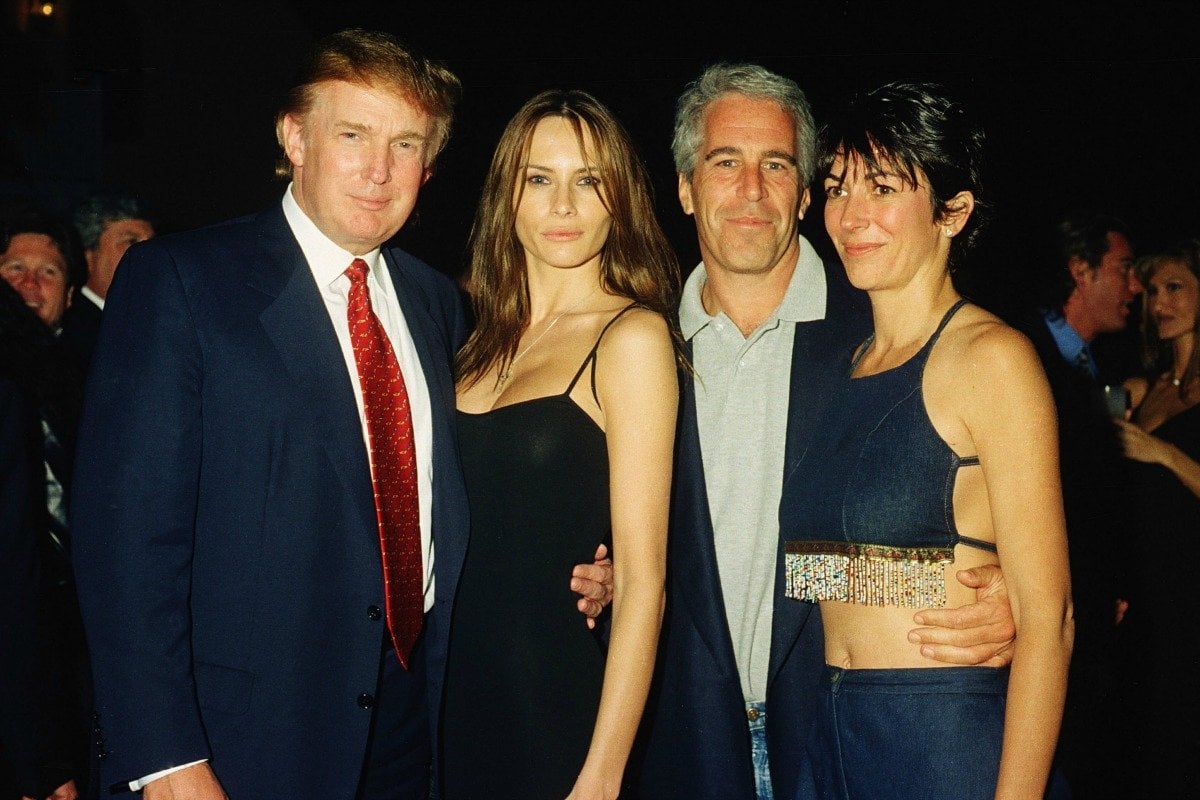 Donald Trump, Melania Trump, Jeffrey Epstein and Ghislaine Maxwell. Image: Getty. On July 2, 2020, Maxwell was arrested in New Hampshire, where the FBI said she had appeared to make "intentional efforts to avoid detection."

"We learned she had slithered away to a gorgeous property in New Hampshire, continuing to live a life of privilege while her victims live with the trauma inflicted upon them years ago," William Sweeney, assistant director in charge of the FBI's New York office, said at a news conference.

On the same day as her arrest, Maxwell appeared in court, accused of helping Epstein "identify, befriend and groom" multiple girls, including one as young as 14-years-old. 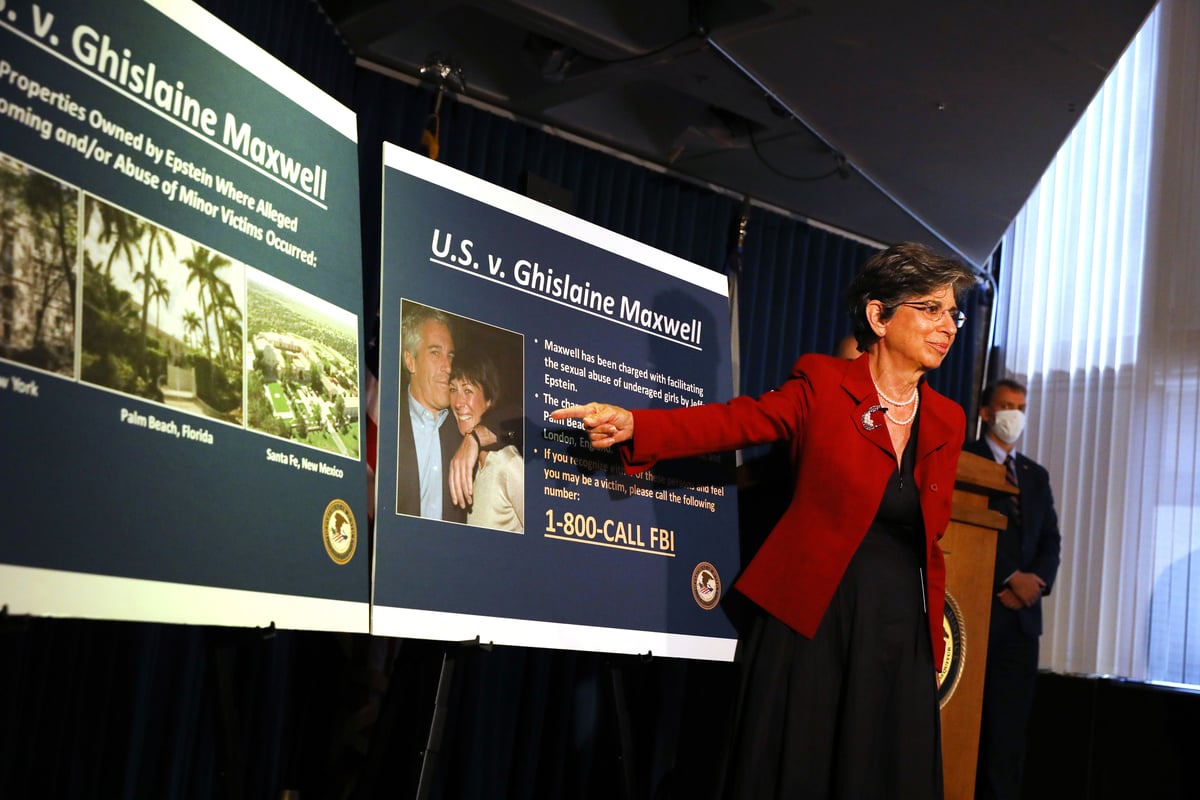 Maxwell now spend her days in a 3 metre by 3.6 metre prison cell.

Maxwell spoke exclusively to The Daily Mail this week, detailing how her time in prison has been so far.

"I have not had a nutritious meal in all that time. I haven't slept without lights on - fluorescent lights that have damaged my eyes - or been allowed to sleep without constant interruptions."

"I am weak, I am frail. I have no stamina. I am tired. I don't even have shoes which fit properly. They feed me rotten food. One apple had maggots in it. I have not been allowed to exercise."

The Daily Mail also reported that Maxwell told her friends she is looking forward to having her day in court.

"I fear it will be impossible to get a fair trial. I have tremendous fear that overwhelmingly negative media stories will poison my jury pool and affect the outcome of my trial despite the evidence that will demonstrate everything the jurors thought they knew isn‘t true," she said.

"I look forward to finally having my day in court to prove I played no part in Epstein's crimes." 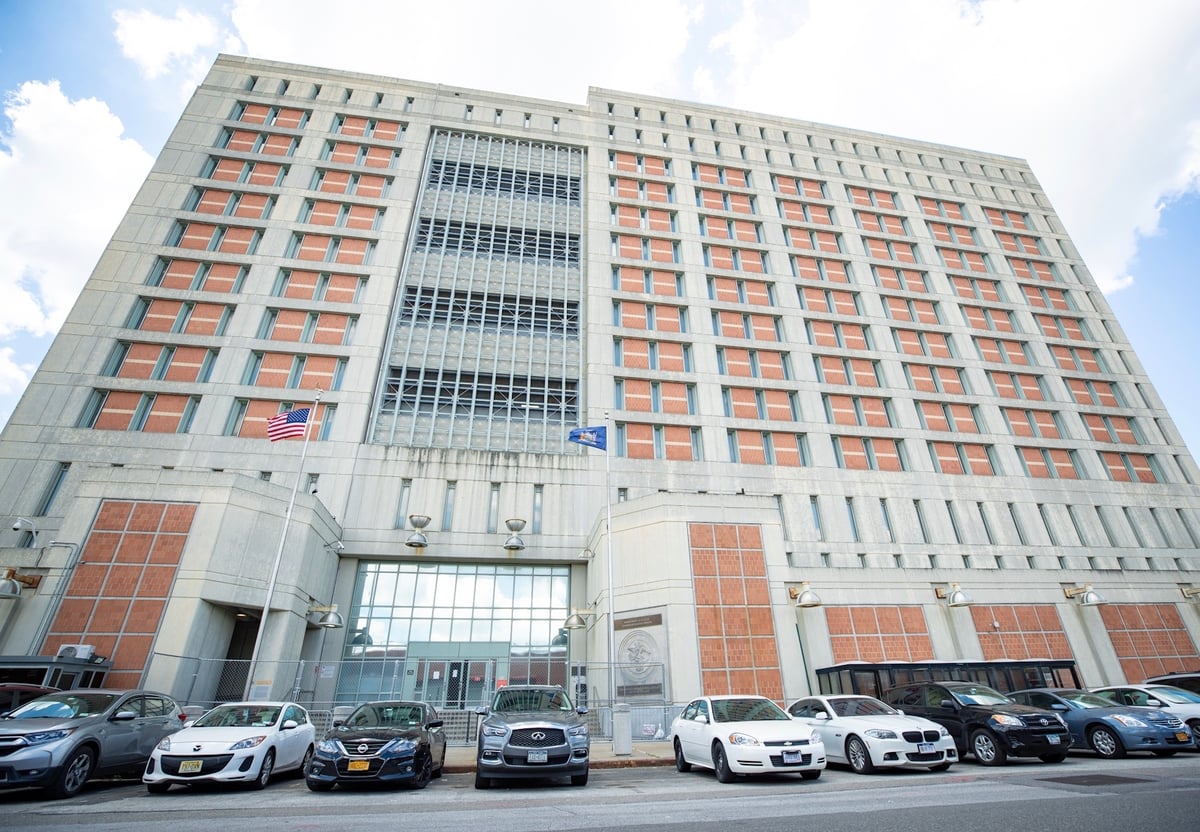 In December last year, Maxwell’s lawyer Bobbi Sternheim wrote a letter to the U.S. District Judge Alison Nathan, complaining about the "extraordinarily harsh conditions" Maxwell is being subjected to in the Metropolitan Detention Center in Brooklyn, New York.

Sternheim claims that the prison is being overly harsh, to compensate for their failings over Epstein’s death.

"It is obvious that Ms Maxwell is bearing the brunt of BOP incompetence," Ms Sternheim wrote, referring to the Bureau of Prisons.

"Being 'livid' over the death of Epstein, the Department of Justice is seeking to repair the BOP’s tarnished reputation by placing Maxwell under extraordinarily harsh conditions, not in any response to Ms. Maxwell’s requirements but rather in response to the failed handling of a completely different inmate," the letter states.

The December letter follows another, also sent by Sternheim, in November 2020 which claimed she gets woken up every 15 minutes to make sure she is still alive.

"Ms. Maxwell has spent the entirety of her pretrial detention in de facto solitary confinement under the most restrictive conditions where she is excessively and invasively searched and is monitored 24 hours a day."

"Despite non-stop in-cell camera surveillance, Ms Maxwell's sleep is disrupted every 15 minutes when she is awakened by a flashlight to ascertain whether she is breathing," Sternheim wrote. 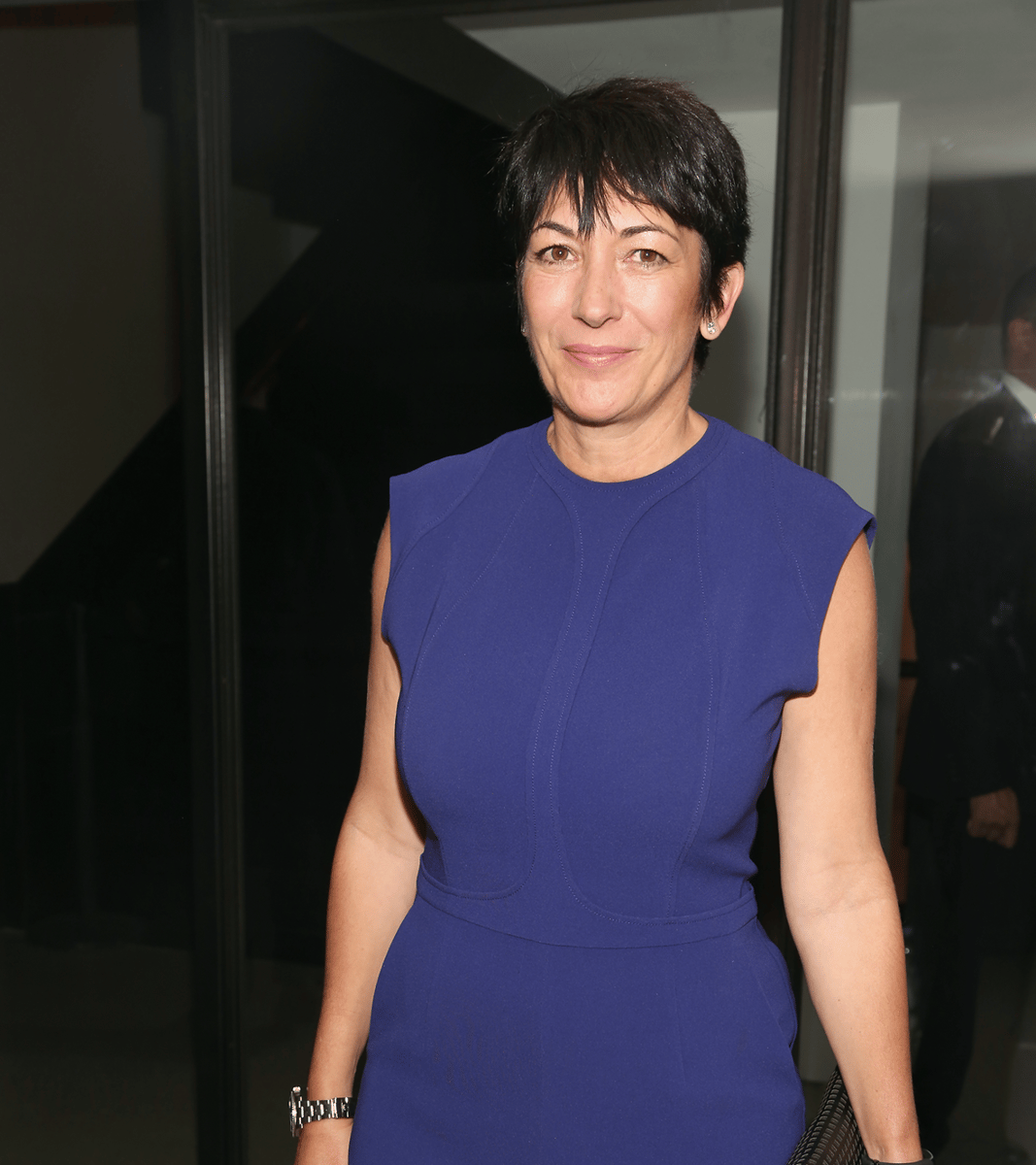 Image: Getty.  The letter also stated that Maxwell has lost her hair while in prison, as well as losing more than 15 pounds due to an inadequate diet.

"Ms. Maxwell has not, by her conduct or by virtue of the charges, brought this type of overly restrictive confinement upon herself," her lawyers allege.

However, lawyers of the Metropolitan Detention Center in Brooklyn say she is not being treated differently to any other inmates, adding the use of flashlights is commonplace.

"MDC Brooklyn correctional staff utilise flashlights when viewing inmate cells overnight to ensure inmates are breathing and not in distress," they wrote, adding she "remains in good health."

Maxwell's trial is around the corner, with her lawyers expected to argue she is being punished by proxy for Epstein’s crimes.

Maxwell has had four bail applications denied during her time in jail, including a most recent £21 million failed application earlier this month.

Judge Alison Nathan, a former associate White House counsel for President Barack Obama, ruled that the accused woman remains a flight risk and has not been honest about her financial means.

Jury selection begins today, with the trial starting on November 29.

International interest in the trial is major, especially given the likelihood that Maxwell and her lawyers could offer up details of prominent names implicated in the case, including Prince Andrew’s.