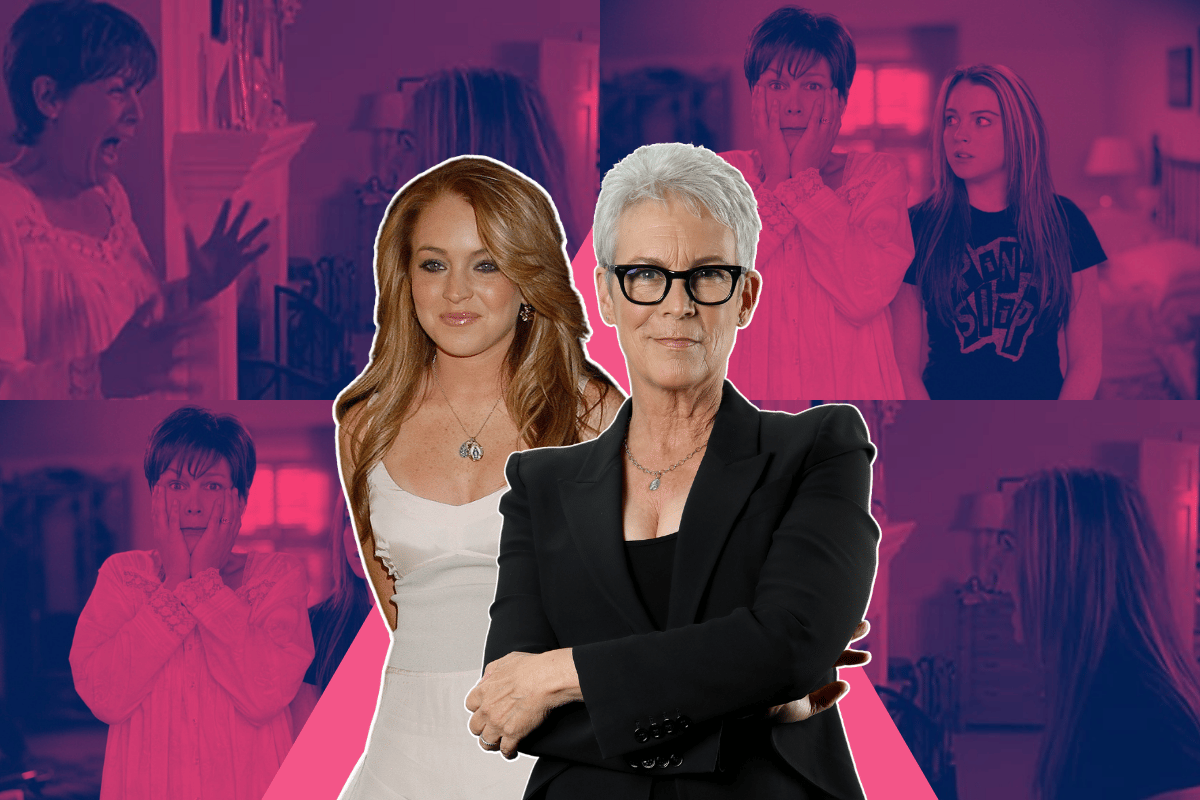 In 2003, an iconic pairing graced our screens in the form of child star Lindsay Lohan and Hollywood titan Jamie Lee Curtis.

In the movie, Curtis and Lohan switch bodies after cracking open a magical fortune cookie. Together, they learn what it's like to live in each other's shoes and learn the important of family, belonging and... oddly enough, rock music?

Watch the trailer for Freaky Friday. Post continues after video.

Speaking to People this week, Curtis explained she was still in touch with her former co-star.

"I'm just happy that she's happy, she is a great talent," she explained. "And she's had a lot on her plate at a very young age. It seems like she is settling into a really happy domestic life - she's engaged."

Considering the fact quite a bit of time has come and gone since Freaky Friday first hit out screens, we thought there would be no better time than now, to update you on what the cast are up to these days. 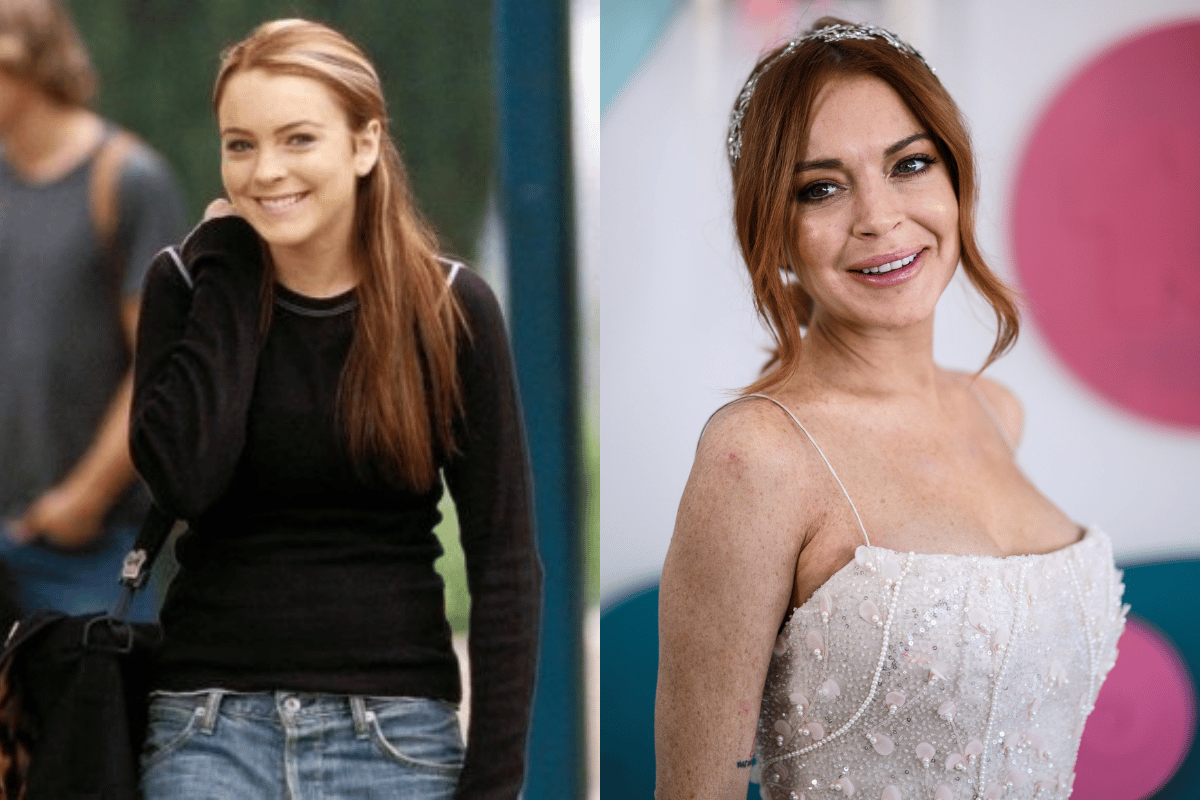 Lindsay, who played Anna in Freaky Friday has gone on to have a number of notable starring roles in a bunch of films since, including Confessions Of A Teenage Drama Queen, Mean Girls, Herbie: Fully Loaded, Just My Luck and Georgia Rule.

While Lohan was certainly a celebrity in her own right after her iconic Parent Trap film where she played a set of twins, the actor has remained in the headlines for the last decade or so for a mixture of reasons. Unfortunately, not all are good.

Her famous feuds with Paris Hilton were once front page news, and have now become iconic moments in pop culture. However, since her days of being splashed across tabloids, Lohan has settled back into her acting roots with a new Netflix film set to be released this year, Falling For Christmas.

Reports say she has also signed a deal for two more films with Netflix.

The star is also currently engaged to her boyfriend of two years, Bader Shammas. 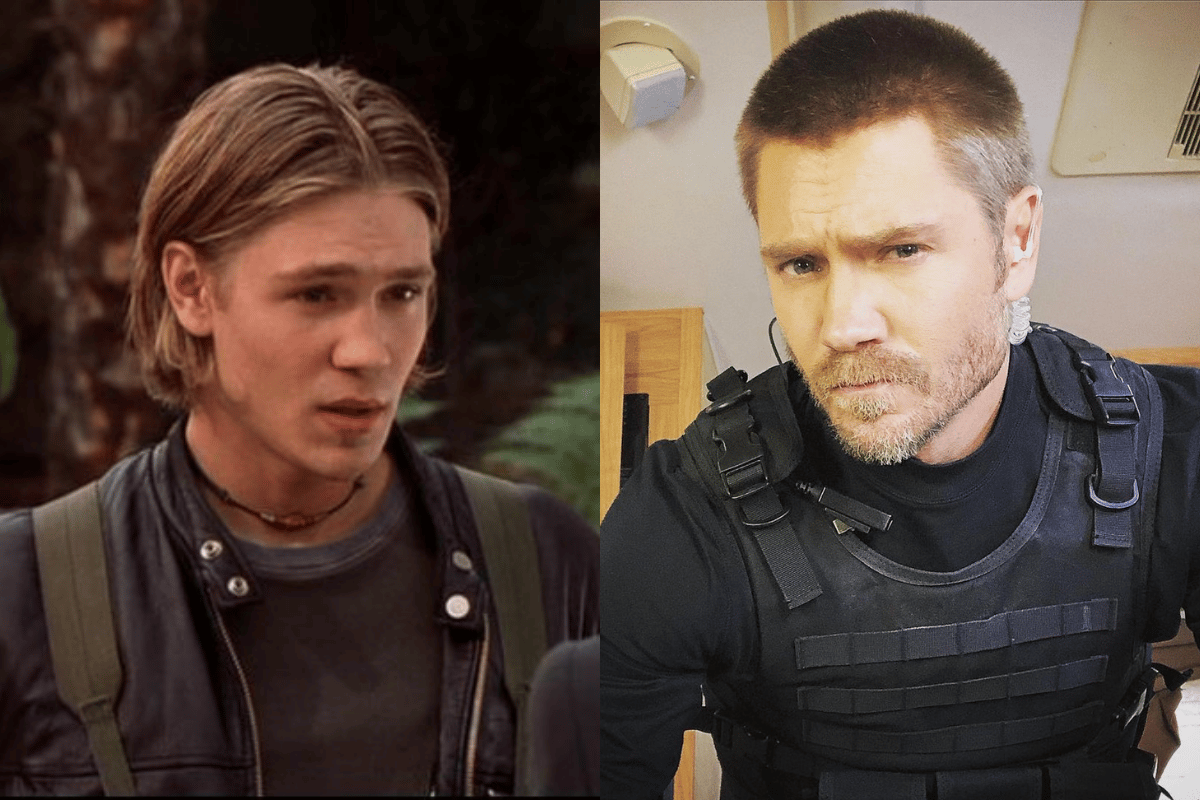 Chad has been a part of some outstanding films since appearing in Freaky Friday, including House Of Wax, A Cinderella Story, Fruitvale Station, and A Madea Christmas.

In 2015, Chad married actress Sarah Roemer, and the couple is now parents to two children.

For the actor, Freaky Friday holds a particularly special place in his heart.

"I was Lindsay Lohan’s first kiss and Jamie Lee Curtis was there, and was trying to settle the situation because Lindsay was nervous," he revealed on Busy Tonight. "So we go and sit in Jamie’s trailer and she’s talking to Lindsay like, just kiss him… and she grabs me by the back of the head and makes out with me. At this point I went, ‘Dude, I just made out with Jamie Lee Curtis'." 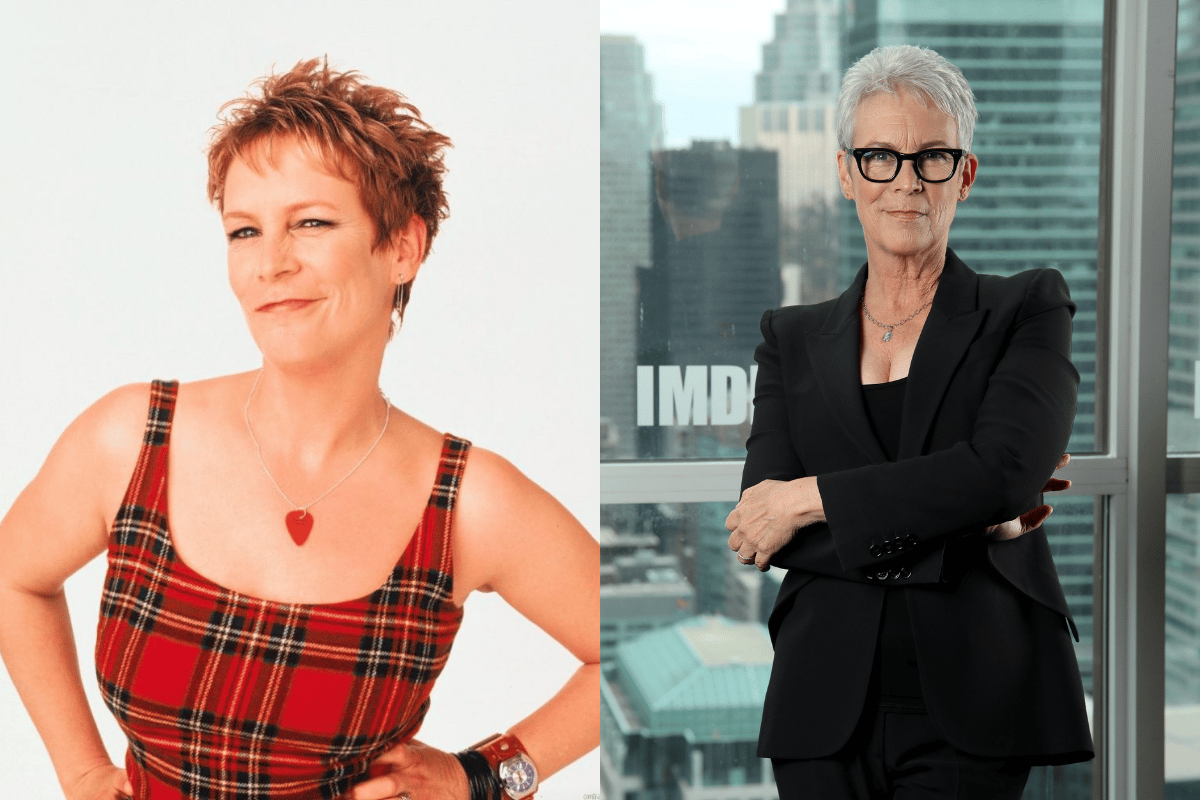 Curtis is one busy woman! In regards to her acting career, she continued to keep her schedule filled with a number of films including Christmas With The Kranks, The Kid & I, You Again, Beverly Hills Chihuahua, Veronica Mars, Halloween and most recently, Academy Award nominated Knives Out.

The actress has also authored eight children’s books since the film was released - with over a dozen under her belt since 1993.

Curtis shares two daughters with her husband Christopher Guest. In October 2021, their youngest child announced she is transgender and has since changed her name to 'Ruby'.

For Curtis, she explained her own and her husband's amazement at "[having] watched in wonder and pride as our son became our daughter Ruby. And she and her fiancé will get married next year at a wedding that I will officiate." 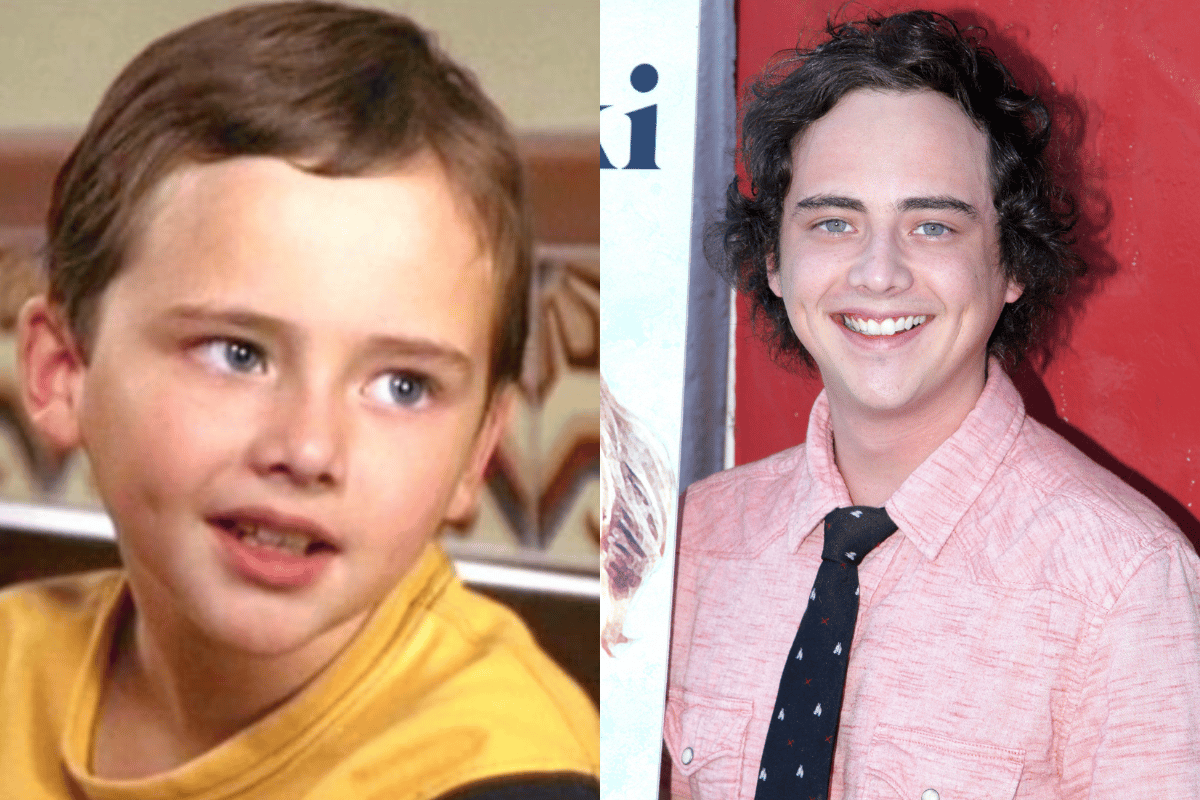 Ryan Malgarini, then and Now. Image: Getty / Disney. The now 29-year-old who played the petulant little brother of Anna is now all grown up and doing movie roles all on his own!

Since Freaky Friday, he's also appeared in Go Figure, How To Eat Fried Worms, Riddle, and Dinner In America. 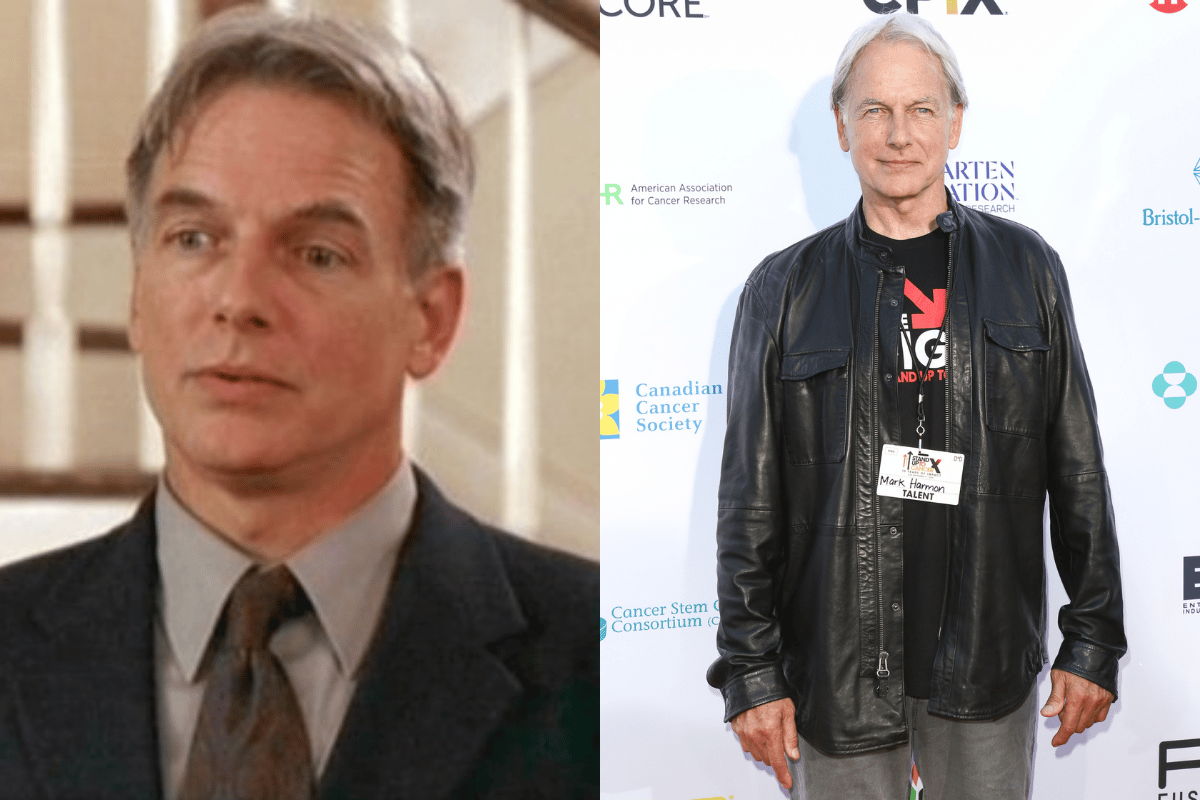 The affable husband of Tess in Freaky Friday may look familiar to you.. And that's because he has been the face of hit crime drama series NCIS since 2003, as 'Special Agent Leroy Jethro Gibbs'. The show is going into its 19th season.

The original NCIS is one of the longest-running TV shows in the United States and remains to be one of the most-watched in the country. And now, Aussies are going to be getting their very own spin-off with NCIS: Sydney.

Currently, there are three spin-offs, based in Los Angeles, New Orleans and Hawaii.

And it's all thanks to you, Mr Harmon...