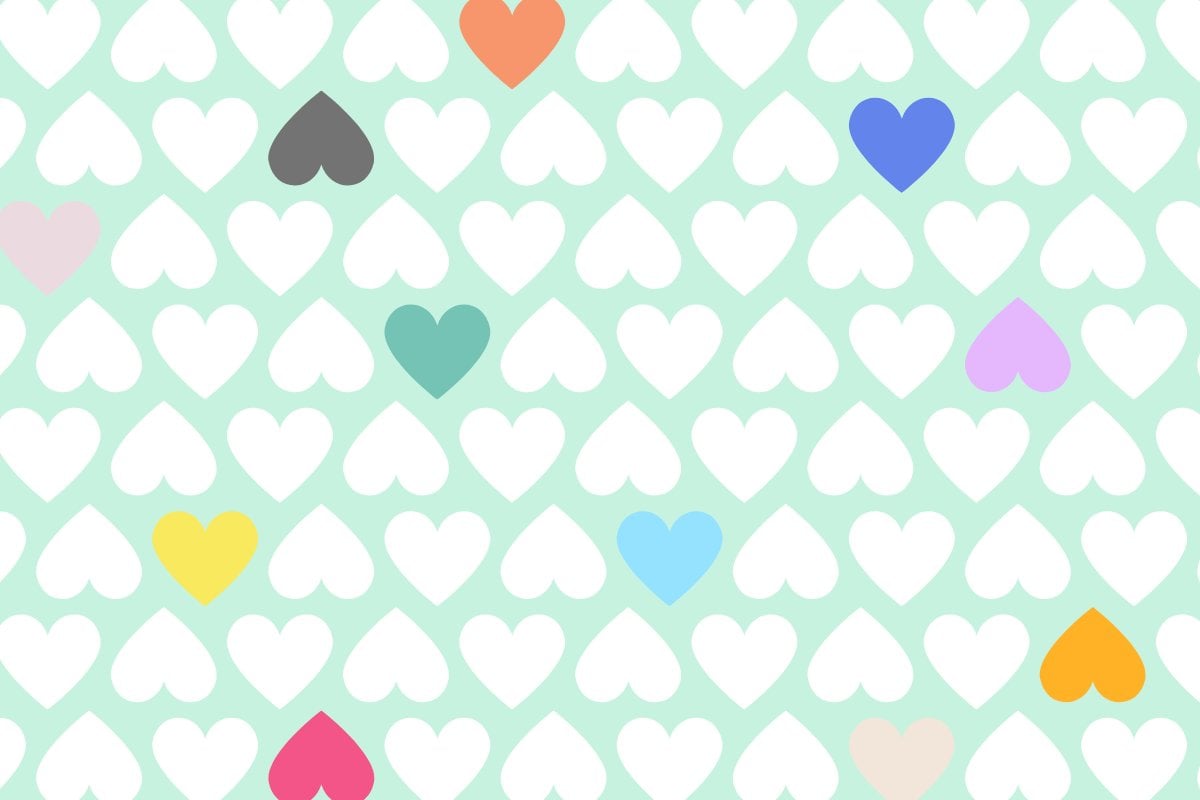 After a long, hard day of people pissing you off and things going tits up, nothing can right those wrongs quicker than an orgasm. It's a whack of pleasure that then slips you into this supreme floppiness as your whole body relaxes and feels ah-mazing.

...but did you know that there's more than one route to O-town?

The vast majority of people will bonk and wank their way through life either experiencing only one type of orgasm, or absolutely none at all.

And, frankly, that's not good enough for us. So we went investigating into the wild world of Os to find out exactly how many types of orgasms exist, and how you can actually achieve them.

But we didn't venture here alone. Oh no, folks. We roped in resident sexologist and host of Mamamia's Sealed Section podcast, Chantelle Otten, to give us all the juicy details.

And that she did! So, if you're interested in spicing things up and ticking off a variety of orgasms in your lifetime, then read on and take notes.

Here are the different types of orgasms, and steps on how to actually achieve them.

This is usually most vulva-owners entry into the world of orgasms. And why? Because it's the most accessible one - biologically speaking.

However, that doesn't mean that they are every woman's cup of tea. In fact, the clit is highly individualistic, so one person's sensation when you touch the clitoris is likely wildly different to another's.

But what cannot be denied is that the clit is an area that is stuffed full of millions of nerve endings, much like the penis. This means that when the clitoris is aroused in any way (via touching, kissing, rubbing etc) then there's a rush of blood flow to the area and the whole thing becomes engorged. Yup, much like an erection.

While it may look different to an erect penis, that focus of blood flow in one concentrated spot is your body's way of begging you for a release. An orgasmic release. 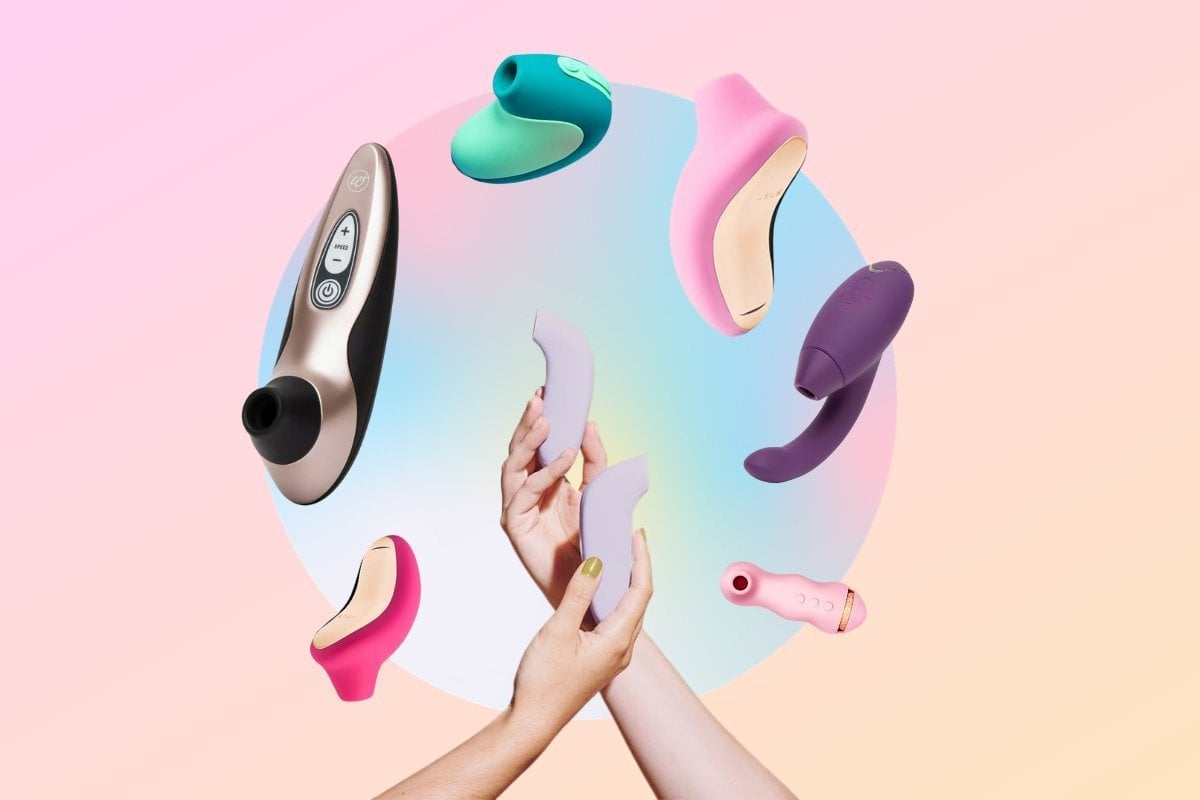 Once orgasm is achieved, the whole area relaxes completely, kinda like your body after a really, really good nap.

Looking to locate the g-spot to know where you're aiming for, er, geographically, before attempting a g-spot orgasm? Chantelle explains how you can find it.

"If you feel inside yourself (yes, inside your vagina and head for the location mentioned above - two-and-a-half centimetres in and up towards the belly button), then you'll feel something that feels like a spongy, soft material."

Once you're there, press down on to that with a bit of pressure, and if it feels good and gives you a little rush of excitement, then g-spot orgasm may be something you want to focus on in the future!

Note: Not everyone can reach this area with their fingers, or even with a toy. So, don't feel disheartened or that you don't have one if you can't feel it from your own internal examination. You can always speak to your gynaecologist about this if you're ever worried.

Yep, there's a whole other category for backdoor orgasms.

Much like the clit or penis, the anus is packed with nerves that can drive pleasure and orgasm. But the main fella to focus on is the incredibly erogenous pudendal nerve. This nerve, if you're a vulva owner, connects to the clitoris - meaning you can send waves of pleasure to your clit via the pudendal nerve. Clever, right?!

Ever wanted to merge different types of orgasms for a very sexual two-for-one deal? Well, you can. With a blended orgasm.

"This is a variety of different orgasmic experiences blended together," explains Chantelle.

"These are orgasms that come up from indirect pressure," says Chantelle. That means either pushing or weight on your genitals that usually happens through clothes or fabric.

Chantelle notes, "This is something that can crop up a lot during exercise," but more on that in a scroll.

Ooft! Have a watch of this video about interesting ways women reach orgasm. Post continues after video.

"This is a super common form of orgasm," explains Chantelle. "It's direct stimulation where the body and muscles are tensed.

"For a lot of people who are learning how to orgasm, I tell them to tense their butt muscles (yes, the booty hole specifically) and their pelvic floor muscles while they're stimulating themselves. Because that tension has the power to bring on orgasmic capacity."

This one is a fairly 'does what it says on the tin' orgasm.

Not everyone will be able to get their rocks off very nipple stimulation alone, as there's a proportion of the population who feel no pleasure in their nips at all. But if you are someone who's found it is a sensitive spot for you (in a good way), then practice playing with them and introducing things like lube, or hot and cold temperature play to arouse that area even more.

"This is when someone has had an orgasm while they've been exercising, and it often leaves them confused. But this usually stems from a pressure orgasm because they're pushing down on their pelvic floor area every time they do a crunch or maybe even a squat," Chantelle says.

"This is pushing blood down to the genitals and allowing for that orgasmic ability to start producing. Which is so cool!"

"I've never had one," admits Chantelle, "but I'm so jealous of people who have!"

"These come from deep, deep relaxation during sexual stimulation."

Okay, but how deep are we talking? Like Mariana Trench levels of concentration? Luckily, no.

"A relaxation orgasm can come from mindful meditation, or even a sleep-gasm - which has only ever happened to me when I'm having an afternoon snooze. I'll fall asleep and maybe if I'm thinking of something sexy, I'll orgasm in my sleep because I'm so super, duper relaxed. Then I'll wake up and be like, 'Woah, what just happened there?'."

"A lot of the time it's not about what's happening 'down there' but instead, it's about what's going on in your biggest sexual organ... your brain."

"I don't know about you, but have you ever tried to con yourself into sex when you're grumpy, or anxious, or distracted? Or when you're feeling unsafe? It doesn't really work that well. And that's because your mindset is crucial," Chantelle explains.

"Your mindset is all of your inner psychological processes, so it's your thoughts, your beliefs and your emotions. If you feel good, secure, attractive, safe and relaxed, you're most likely to be in the mood to want sex and be more able to relax into that orgasm."

Once you're in this zone, then it may be time to try for a fantasy orgasm.

Fancy a mix of all of the above? NO WORRIES. Well, for some people anyway. For most, this is quite the tricky move to pull off, and takes a lot of concentration, practice and knowledge of your own body and how to give it pleasure.

And we know what you're thinking, 'Haven't we ticked off this in the blended orgasm section?' And while it's great that you were reading that section so thoroughly, multiple orgasms are different because they are not limited to just two orgasms types. In fact, it's a more the merrier approach!

Rather than the blended which fuses two types and releases them at the same time, multiple orgasms are stimulated from different zones and are completed in a quick succession. To translate that to musical terms, a blended orgasm is two singers in harmony, and multiple orgasms are a whole brass band belting out a bop.

Which of these are your favourite orgasms? Let us know in the comments!