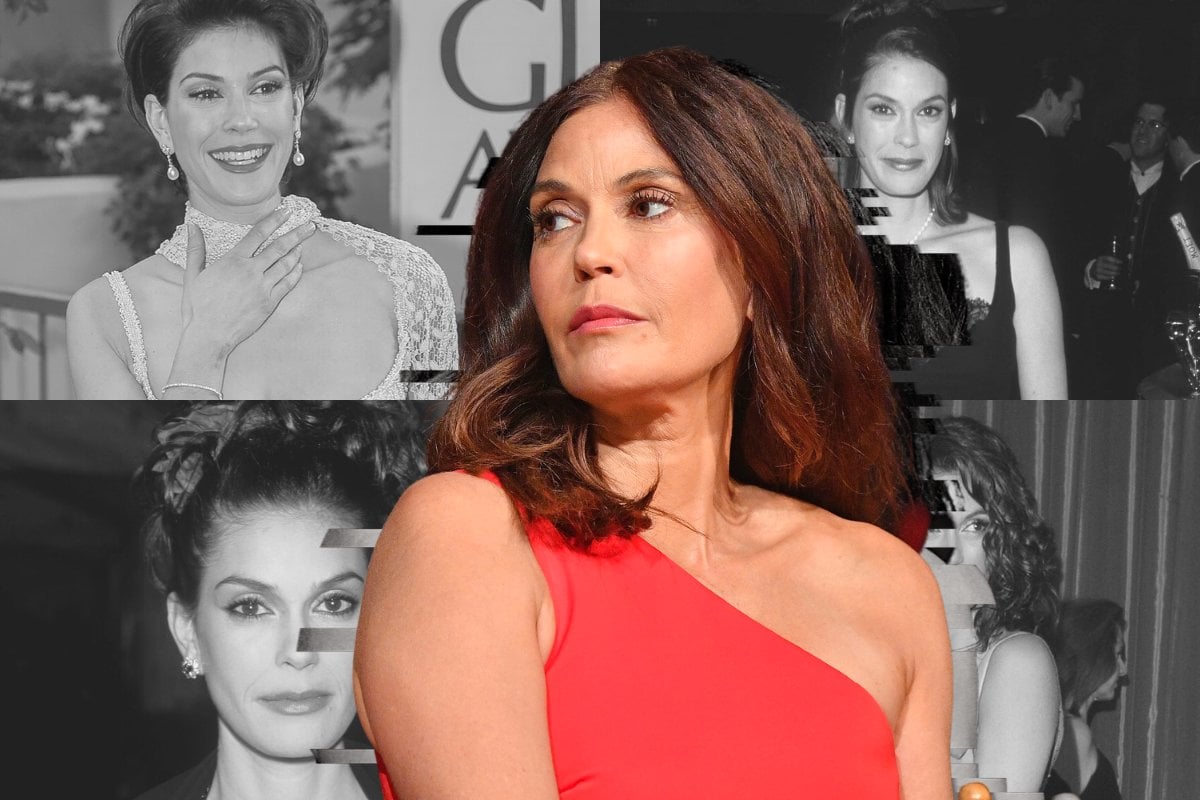 Teri Hatcher was on a trip home to visit her parents in 2002 when she heard about Sarah Van Cleemput.

The young teen, 14, had died by suicide, leaving behind a note reading: "You're probably thinking a normal teenager doesn't do this; well, ask Dick. Please forgive me."

Dick referred to Richard Hayes Stone, a former family friend of the Van Cleemputs and Hatcher's former uncle. He had been arrested on three counts of sexual molestation.

After reading about the case in newspaper clippings, Hatcher contacted prosecutors.

Stone had abused her too over a number of years when she was a child.

"I just couldn't believe it," Hatcher told Vanity Fair. "I kind of freaked out. It struck me so strongly that – oh my god, he's been doing this for 35 years.

"Who else has he done this to? It just hadn't occurred to me. For all I knew, he could have been dead. I was just blown over by this girl's pain. I thought, Boy, that's really close to being me; any day of the week, I could feel that sort of pain.

"I haven't tried to kill myself, but I've certainly thought about it, and then I feel guilty about thinking about it, because what’s so terrible about my life?"

Hatcher spoke first about the abuse in 2006, after decades of hiding the truth.

She told Vanity Fair that she was just five years old when it started, growing up in Sunnyvale, California nearby her mother's sister and her husband, Stone.

It continued over a number of years.

"The last time I saw him – I think I was eight or nine – my mother invited them over to the house for dinner, and I went ballistic," Hatcher recalled.

"My mum thought that was pretty out of left field, but that was when her instincts kicked in."

She was 'removed from the situation', but the family never discussed it.

"Nobody wanted to talk about it," Hatcher said, adding, "all I did was blame myself. It was something I tried to bury completely.

"It's why I don't associate with my mother's side of the family; in my mind, I try to pretend they don't exist."

For a while, Hatcher grappled with what to do.

She called her entertainment lawyer who told her what she already knew: She needed to come forward.

"At the end of the day, there was no way I was not going to put this girl first, before whatever damage might be done to me," she said.

"When we went to interview her, she almost cancelled," Gillingham told the Mercury News in March 2006.

Stone was being held on $1 million bail, but prosecutors desperately needed substantial evidence to stop the case from being dismissed.

Hatcher's account led to Stone pleading guilty and being sentenced to 14 years in jail. She was surprised, but relieved.

"Here's what I anticipated: he did this, he gets off, and Teri ends up on the cover of a tabloid," she said.

"But then it went totally the other way: he didn't get off, and he went to prison, and it didn't get made public, and nobody knew about it. He pleaded guilty, and even though it wasn't to my crime, it was because of my crime – and that made me feel really validated. It made me feel that I wasn't crazy.

"That's a victim thing; you ask yourself, 'Am I just crazy? Did I make all this up?' Somehow it might be easier to accept that you're crazy, and you made it all up than to admit that it happened, and how awful it was, and how much pain you're in.

"But I knew he would not have gone to prison if I hadn't come forward."

For another three and a half years, no one else knew of Hatcher's story.

She was anxious that any publicity would be doubted because of her faltering career. She worried about critics saying she'd come forward as a way to regain publicity.

By 2006, she was on the up again thanks to her role in Desperate Housewives. She wrote a book, but didn't include this part of her life, before finally realising why she needed to come forward.

"I only wanted to talk about it if I thought it was going to help people," she said at the time.

Since then, Hatcher has shared her story again and again in hope that it will help someone else. 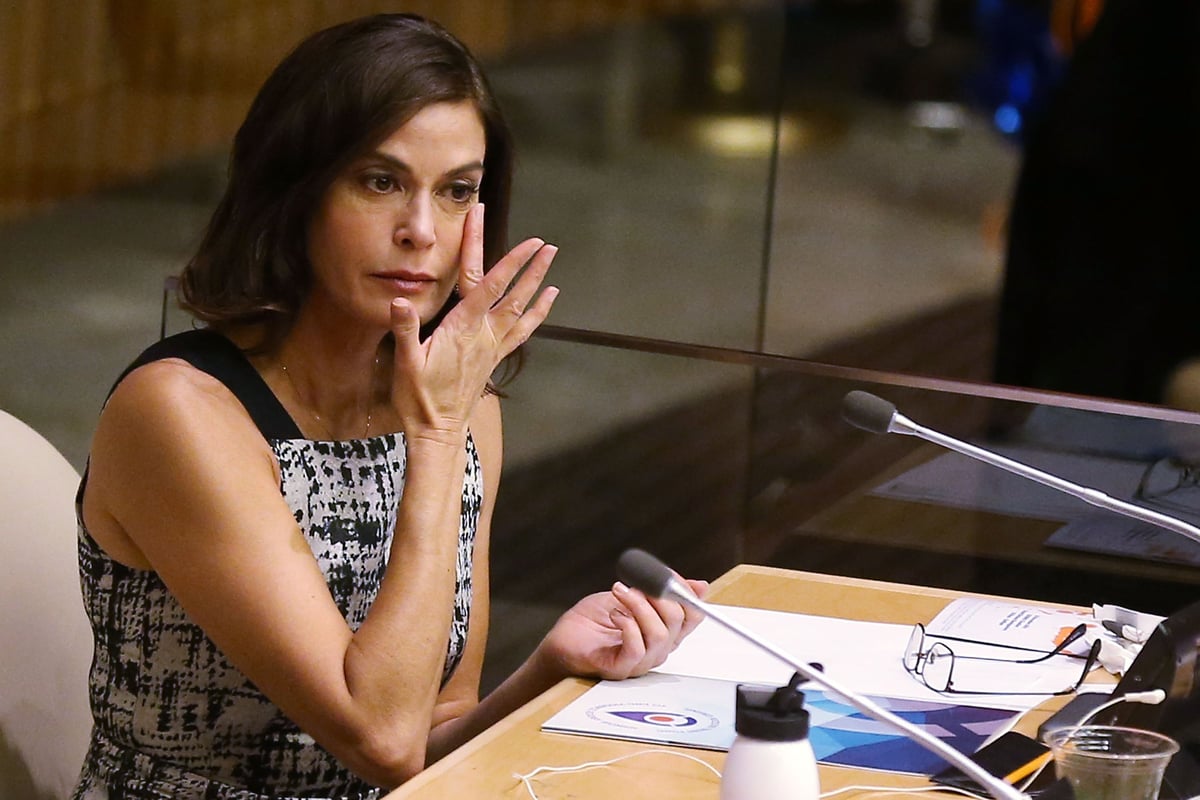 In 2014, Hatcher spoke about her childhood experience with abuse at a United Nations event commemorating the International Day for the Elimination of Violence Against Women.

"He went to prison and died there," she said.

"He was convicted and sentenced but nothing could undo the devastating violence this man left in his wake.

"I survived this abuse, and I helped Sarah's family to feel some sense of victory and closure, but that doesn't make me a hero or a victim. It only makes me one of three."

"I am simply one in three women who is forced to accept violence as a part of her life story. I am one of three women who for the rest of her life battles the voice in her head that accepts blame for abuse, a voice that is antithetical to self-esteem, self-worth and happiness." 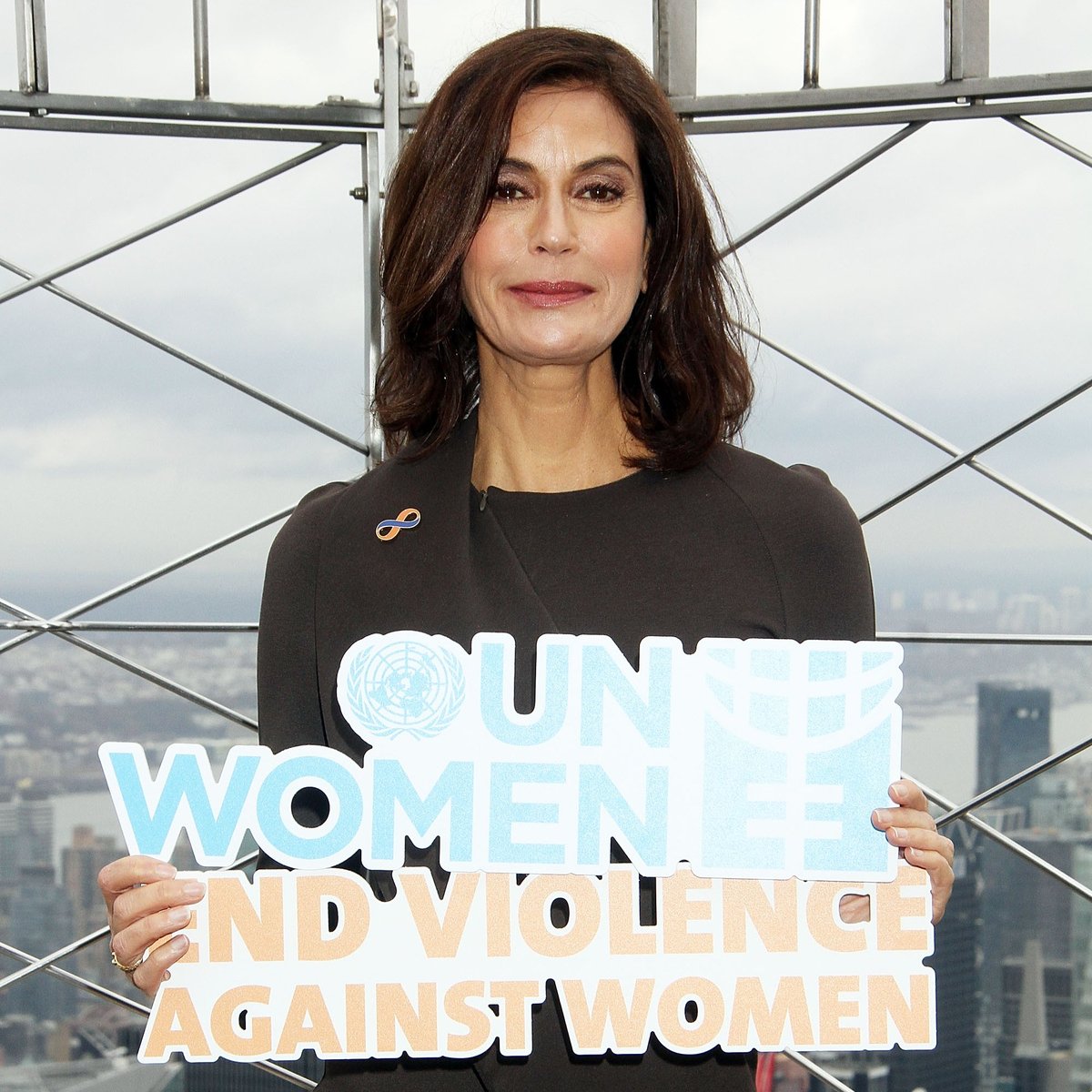 She said she would continue to be that one in three "who yells from the rooftops until those numbers change."

"Until every woman who has faced abuse feels less alone and safe enough to have the courage to find her own voice – until violence against women is no longer a part of any woman’s story – silence will not be a part of mine."

In 2018, she wrote an open letter to then-US President Donald Trump in response to him mocking Christine Blasey Ford's Senate testimony against then-Supreme Court nominee Brett Kavanaugh, whom she accused of sexually assaulting her when they were in high school.

Trump had insinuated that Blasey Ford was an unreliable witness at a rally.

"Upstairs, downstairs? 'I don't know.' 'But I had one beer, that's the only thing I remember.'"

Hatcher's letter outlined what she did and did not remember from her own abuse.

"I am a survivor, who stands available to help you understand the way the memories of a trauma like that work. It might be hard for you to understand," she wrote.

"I can readily explain in detail that 'I don't remember' is often the most honest response surrounding questions of an assault. It does NOT mean it didn't happen. Please do not add 'mocked by president' to the injury list of a sexual survivor. It's just plain wrong."