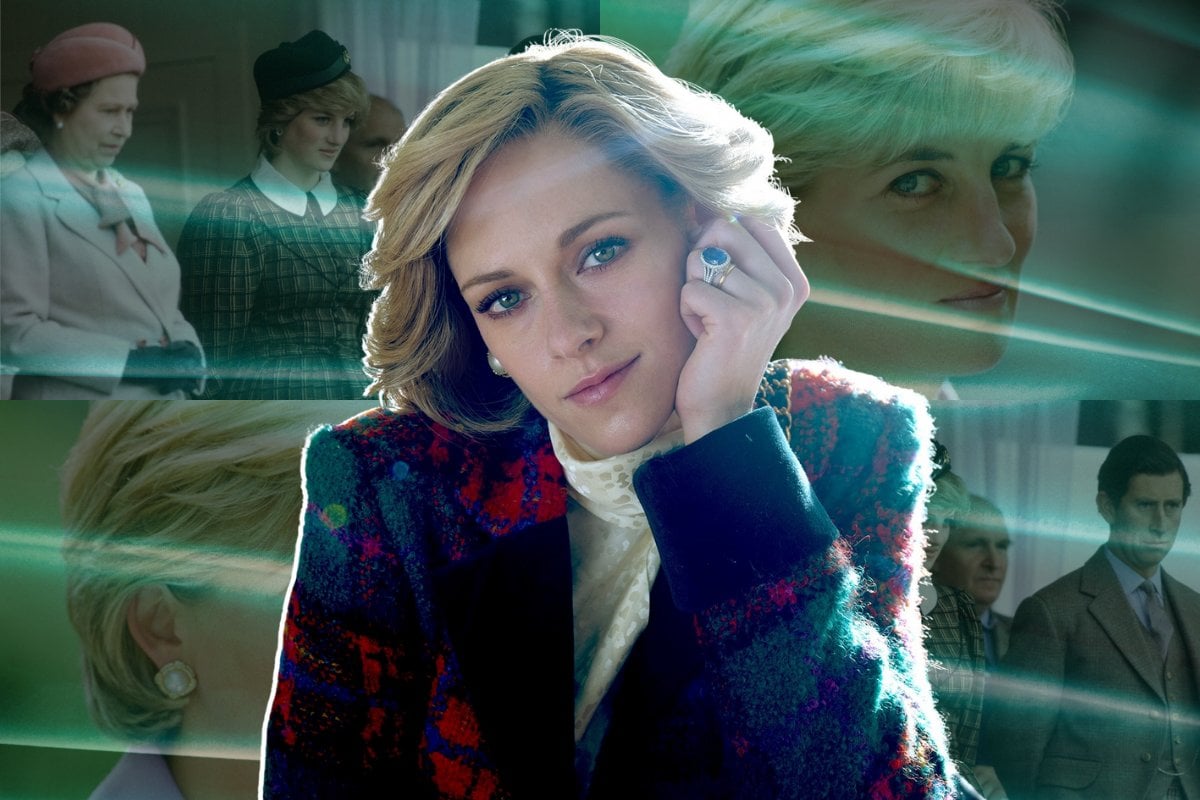 It's December 1991, and the British royal family are preparing for their usual Christmas fare at the Queen's Sandringham Estate.

Diana, Princess of Wales, is dreading it. Her relationship with her husband Charles is already icy - he is having an affair, after all - and she's absolutely not in the right frame of mind for his family's rigid, stifling traditions.

It's these three days that are the basis of Spencer, the psychological drama that earned Kristen Stewart an Oscar nomination for her portrayal of the late princess.

Watch: The trailer for Spencer. Post continues below video.

Director Pablo Larraín has described the film as "a fable from a true story". While based on a real person and portraying real moments in time, the film's core story is fictional. It portrays Diana in the depths of mental health struggles, as she tries to make it through 72 hours with the cold, uncompromising firm.

Spencer is now streaming on Amazon Prime Video in Australia, so we're marking the occasion by deep diving into what in the film is fact and what's fiction.

The royal family spend each Christmas at Sandringham with the Queen.

The royals really do drop everything for family Christmas at Sandringham, which the Queen uses as her official base each year from December through February. 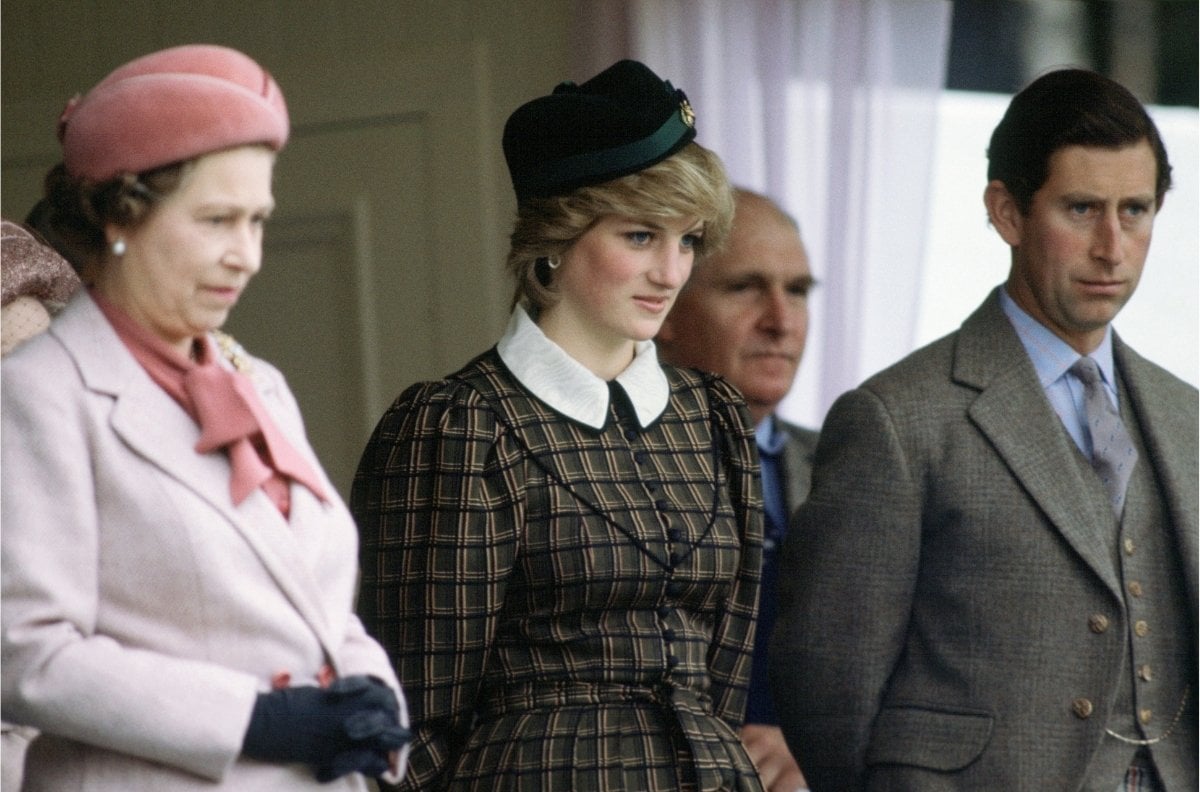 The Queen with Princess Diana and Prince Charles in 1982. Image: Getty.

In fact, the last three predecessors also celebrated Christmas there.

The celebrations are similar each year.

The family exchange (mostly joke) presents, have a formal dinner on Christmas Eve and attend St Mary Magdalene Church on Christmas morning, and participate in a hunt on Boxing Day.

Oh, and there is one other bizarre tradition...

The royal family weigh themselves before and after Christmas.

One of the 'traditions' Diana feels incredibly uncomfortable with in Spencer is the royal family's tradition of weighing themselves before and after Christmas.

According to royal expert and editor of Majesty magazine, Ingrid Seward, each member of the royal family is weighed before and after digging into their Christmas Day dinner.

Speaking to Grazia, Seward explained that the tradition, which dates back to King Edward VII's reign in the early 1900s, applies to all members of the royal family.

When guests arrive at Sandringham, they are weighed on a pair of antique scales and then again after Christmas dinner to ensure they're being "well fed".

Princess Diana's relationship with the Queen and Prince Philip was positive.

In Spencer, there is little interaction between the Queen and Diana, but what we do see is... not very warm. Thankfully, their real relationship was far more cordial.

Royal biographer Andrew Morton wrote in his book Diana: Her True Story – In Her Own Words that she was initially intimidated by the Queen (who wouldn't be?).

"In the early days, Diana was quite simply terrified of her mother-in-law," he wrote. "She kept the formal obsequies – dropping a deep curtsy each time they met – but otherwise kept her distance."

They developed a mutual respect when Charles and Diana's relationship went south.

"The queen whose understanding and helpful attitude did much to encourage Diana to soldier on," Morton explained. 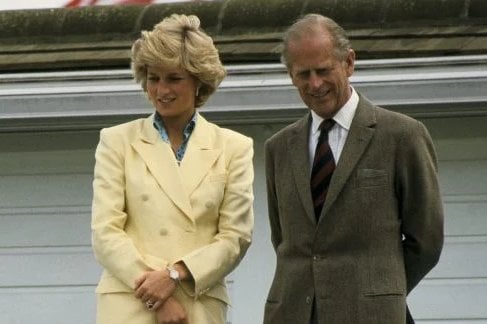 Meanwhile, much has been written about the supposedly 'rocky' relationship between Diana and her father-in-law, Prince Philip. But in 2003, former royal butler Paul Burrell leaked letters exchanged between Prince Philip and Diana, showing that Philip supported Diana, over his son Charles, during their divorce.

He signed the letters with "Fondest love, Pa."

On July 12, 1992, Diana wrote Philip thanking him for his marriage guidance.

"I was particularly touched by your most recent letter which proved to me, if I did not already know it, that you really do care," she wrote.

In Spencer, Diana breaks into Park House, her childhood home close to the Sandringham Estate, and finds it abandoned and dilapidated.

In real life, Park House had been transformed into a fully accessible hotel for people with disabilities in 1987.

An undercurrent throughout Spencer was Diana's bulimia. Diana spoke about her eating disorder publicly, including in her infamous 1995 Panorama interview.

"I had bulimia for a number of years. And that's like a secret disease," she said. "You inflict it upon yourself because your self-esteem is at a low ebb, and you don't think you're worthy or valuable. You fill your stomach up four or five times a day - some do it more - and it gives you a feeling of comfort.

"It's like having a pair of arms around you, but it's temporarily, temporary. Then you're disgusted at the bloatedness of your stomach, and then you bring it all up again.

"And it's a repetitive pattern which is very destructive to yourself."

Diana said the bulimia was "a symptom of what was going on in my marriage", and she used it was an escape mechanism.

"The cause was the situation where my husband and I had to keep everything together because we didn't want to disappoint the public, and yet obviously there was a lot of anxiety going on within our four walls."

Princess Diana and Prince Charles separated in 1992, and it was his decision.

The film makes it seem like the divorce was Diana's decision, made at the end of the Christmas break. But in reality, Charles and Diana split in December 1992, shortly after explicit messages between him and Camilla leaked. 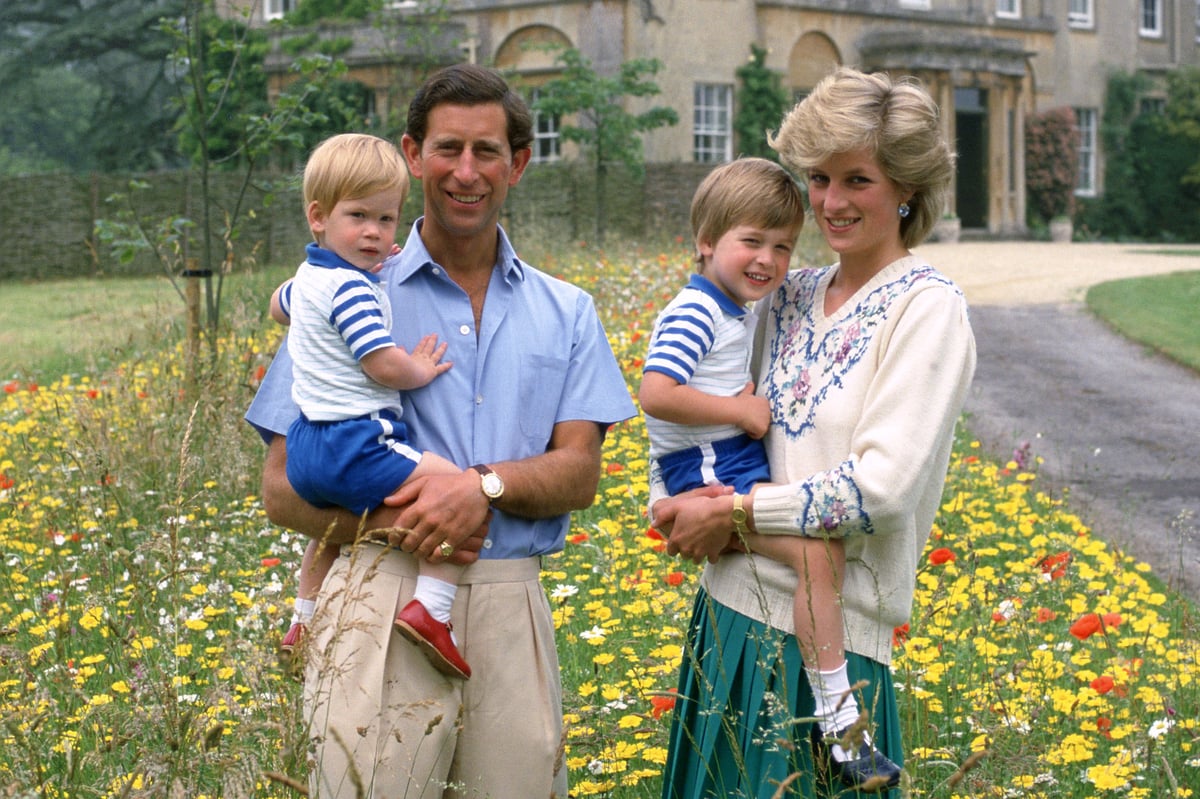 In her Panorama interview, Diana said it was Charles who requested the separation.

She said she felt "deep, deep profound sadness" over it.

"And in a way I suppose it could have been a relief for us both that we'd finally made our minds up. But my husband asked for the separation and I supported it," she said.

"I come from a divorced background, and I didn't want to go into that one again."

At the end of Spencer, Diana takes her sons and escapes Sandringham for KFC.

Kentucky Fried doesn't give off many royal vibes, but Diana's former personal chef Darren McGrady told Marie Claire she did actually take William and Harry to eat food that was a world away from their usual feasts.

"I remember the Princess came into the kitchen one day and said, 'Cancel lunch for the boys, I'm taking them out, we're going to McDonald's. And I said, 'Oh my god your royal highness, I can do that, I can do burgers.' And she said, 'No, it's the toy they want.' Yeah, the boys loved McDonald's, and going out to pizza, and having potato skins—sort of the American foods. They were royal princes but had children's palates."