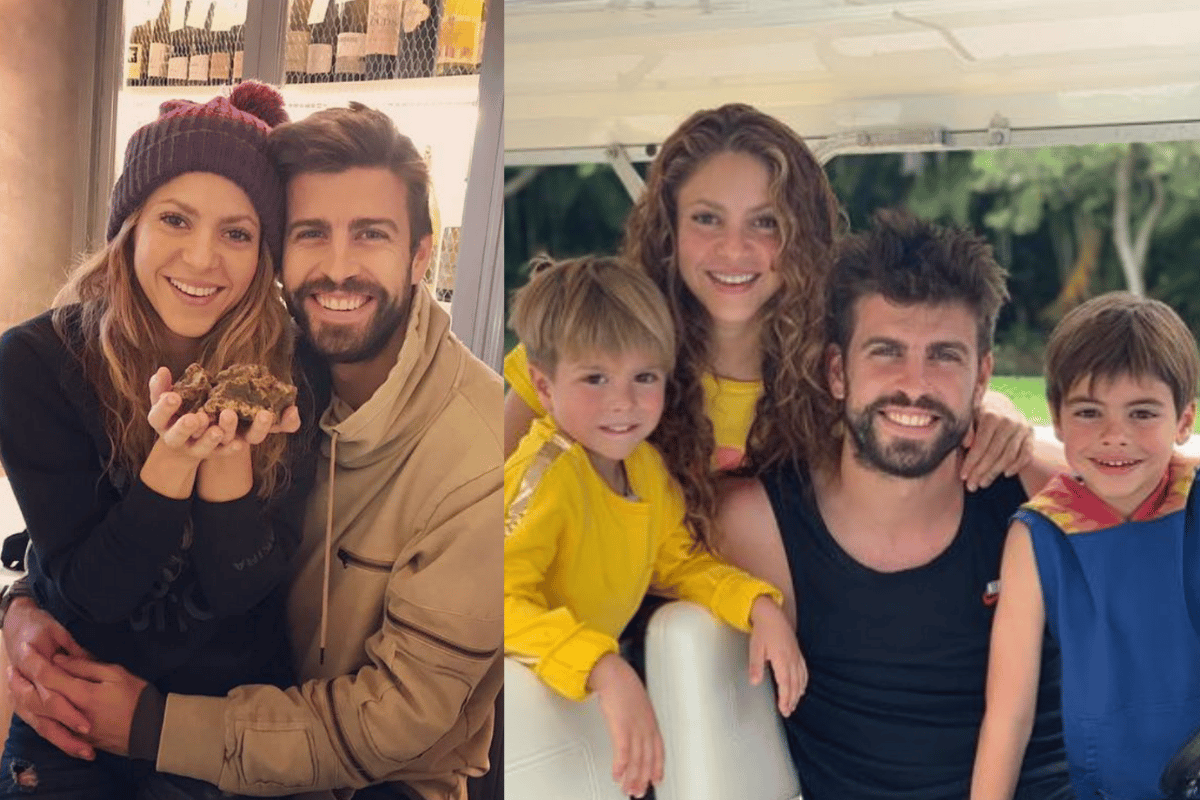 Shakira is a singing sensation thanks to hits such as 'Hips Don't Lie', 'Waka Waka (This Time for Africa)' and 'Whenever, Wherever'.

With over a billion streams on Spotify and labelled "one of the greatest Latina performers of our time", there's understandably a lot of hype and interest surrounding her life - including her relationship.

Shakira and her partner, Spanish soccer player Gerard Piqué, have been together for over 11 years. They share two sons, Milan, nine and Sasha, seven.

But over the weekend, the couple announced they had spilt, releasing a joint statement that read "We regret to confirm that we are separating. Thank you in advance for your understanding and respect."

Although neither party has confirmed what ended the relationship, reports have been rife that infidelity perhaps played a role.

Shakira performing at the Halftime Show at the Super Bowl. Post continues below.

At the age of 13, Shakira Isabel Mebarak Ripoll from Colombia secured her first record deal with Sony. By the age of 19, she was well known throughout Latin America and North America.

As for Gerard, his soccer career was rising during this period too. He joined the Manchester United academy in 2004 and by 2008 he returned to Spain to play for Barcelona FC, where he has remained ever since. He is considered to be one of the world's best defenders at present.

At the time, Shakira's song 'Waka Waka (This Time for Africa)' was a hit globally. It became the official song of the 2010 FIFA World Cup, which was held in South Africa.

The music video was a statement in itself, showcasing Shakira and a group of dancers and kids dancing to the song together, along with cameos from various famous soccer players like Cristiano Ronaldo and Lionel Messi. But there was another player who made a cameo too - none other than Gerard Piqué.

Meeting on the set of the music video, Shakira and Gerard later confirmed their relationship in 2011. 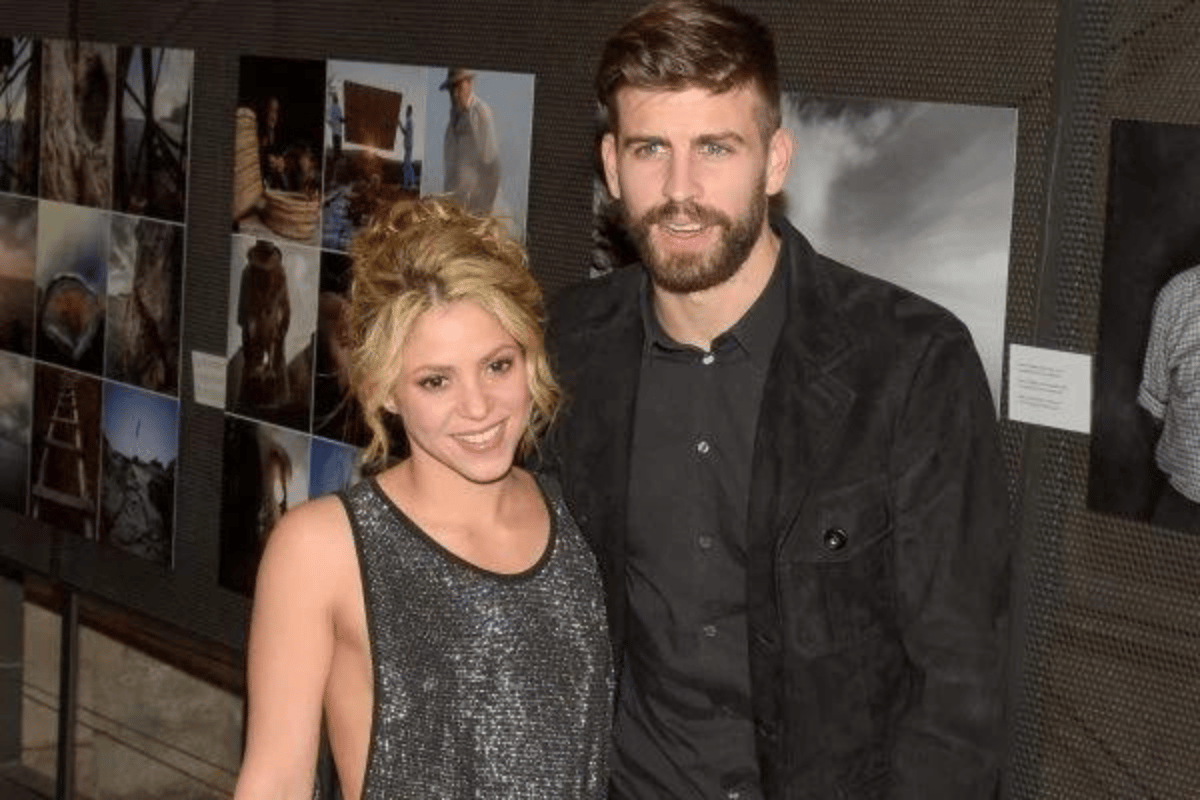 Shakira and Gerard. Image: Getty. By 2013, the couple confirmed they had welcomed their first child, Milan.

"We are happy to announce the birth of Milan Piqué Mebarak, son of Shakira Mebarak and Gerard Piqué," she wrote on her website.

At the time, Shakira said to Billboard Magazine she was "not allowed" to do sexy music videos anymore, given Gerard wasn't keen.

"He's very territorial, and since he no longer lets me do videos with men, well, I have to do them with women," she said with a laugh. "It's more than implied in our relationship that I can't do videos like I used to. It's out of the question - which I like, by the way. I like that he protects his turf and he values me."

She later clarified this statement. "I recently said in some interviews that my man could be territorial. For the record, I was being humorous. The reality is that we have a beautiful relationship of mutual trust, and jealousy has never been an issue on either side."

In January 2015, they welcomed their second son, Sasha.

Despite having kids together, Shakira has always been open about not wanting to get married.

"To tell you the truth, marriage scares the s**t out of me," she told America's 60 Minutes. "I don't want him to see me as the wife. I'd rather him see me as his girlfriend. His lover, his girlfriend. It's like a little forbidden fruit, you know?"

Shakira has also said that if it weren't for her incredible career, she would have liked to have had more children, saying she would love her own "soccer team" of kids with Gerard.

"Having a partner who's completely opposite in that sense comes in handy," she said in an interview with Cosmopolitan about being a mother. "My mind never stops. I dream about my kids. I worry about them constantly. I torture my poor husband. Well, he's not really my... I don't know what to call him... My baby daddy."

Labelling parenthood "the hardest job I've ever done", she noted there is a sense of "physical, emotional, and intellectual wear and tear" about worrying for her kids and their future. But she also said that she hopes Sasha and Milan continue to see her as just "mum" rather than the fame clouding their judgement or egos.

"The outfit my kids love the most is my PJs. I'm glad they're not going to remember their mum like the big pop star onstage covered in glitter," she said to HOLA!.

There have been cheating rumours surrounding the relationship for a few years now, but the rumours have always been followed up with statements from the couple saying it was false.

Until now, that is.

For the past week, Latina media outlets have been reporting that Gerard allegedly cheated on Shakira and she discovered the infidelity and he has moved out of the family home.

"Shakira has caught Piqué with another. The appearance of this young woman in Piqué's life could have caused the couple to live temporarily apart, despite the fact that we do not know the nature of the relationship between them," the source said to El Periodico.

Five days later from the initial reports, Shakira confirmed they had decided to separate.

She has also just released a new song 'Te Felecito' which includes the lyrics (translated from Spanish): "For completing you, I broke into pieces. I realised that yours is false. Do not tell me you're sorry, that seems sincere, but I know you well and I know you lie."

Listen to The Spill: Unpacking the humiliation of Sienna Miller.