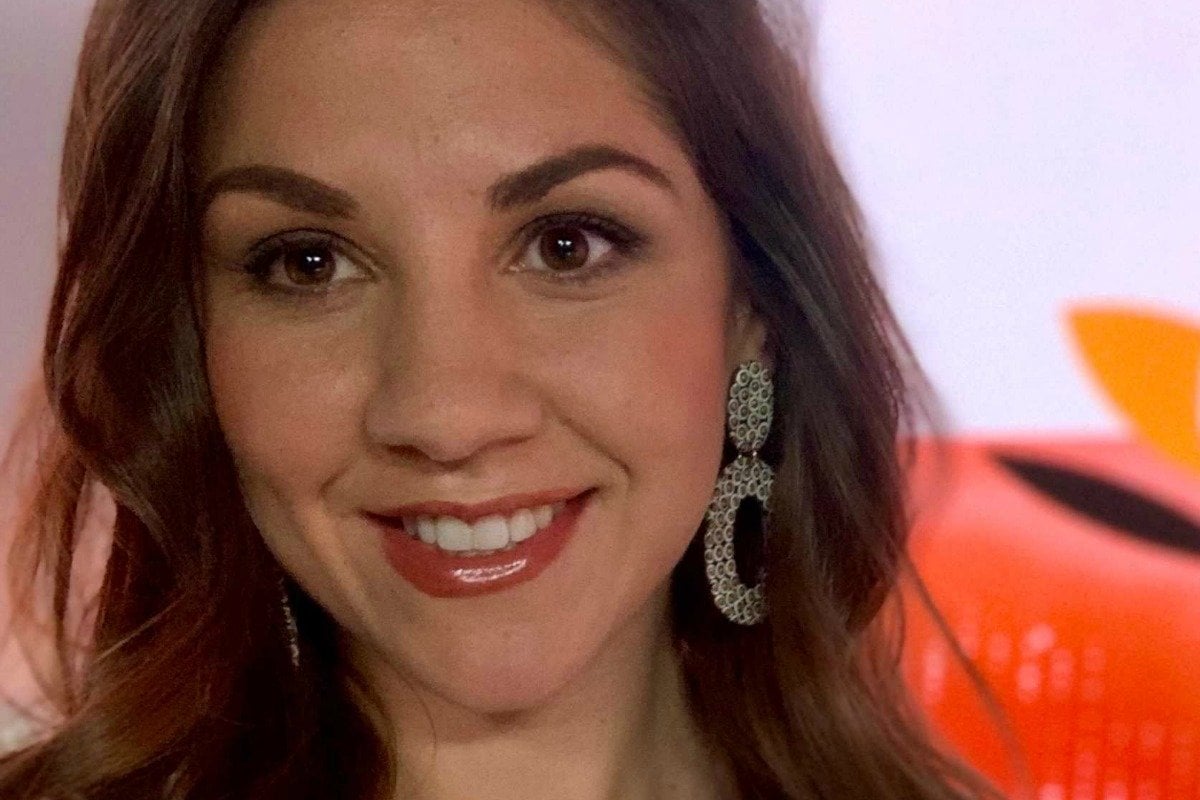 When Shahni Wellington was in Year 6, she was named dux of her primary school.

As Shahni, then 11, received her accolade on stage, her mum stood in the crowd bursting with pride. But her joy was quickly deflated when she overheard a man - an employee of the school - muttering behind her as she clapped and cheered for her daughter.

“When can we stop apologising to these people?” he said. 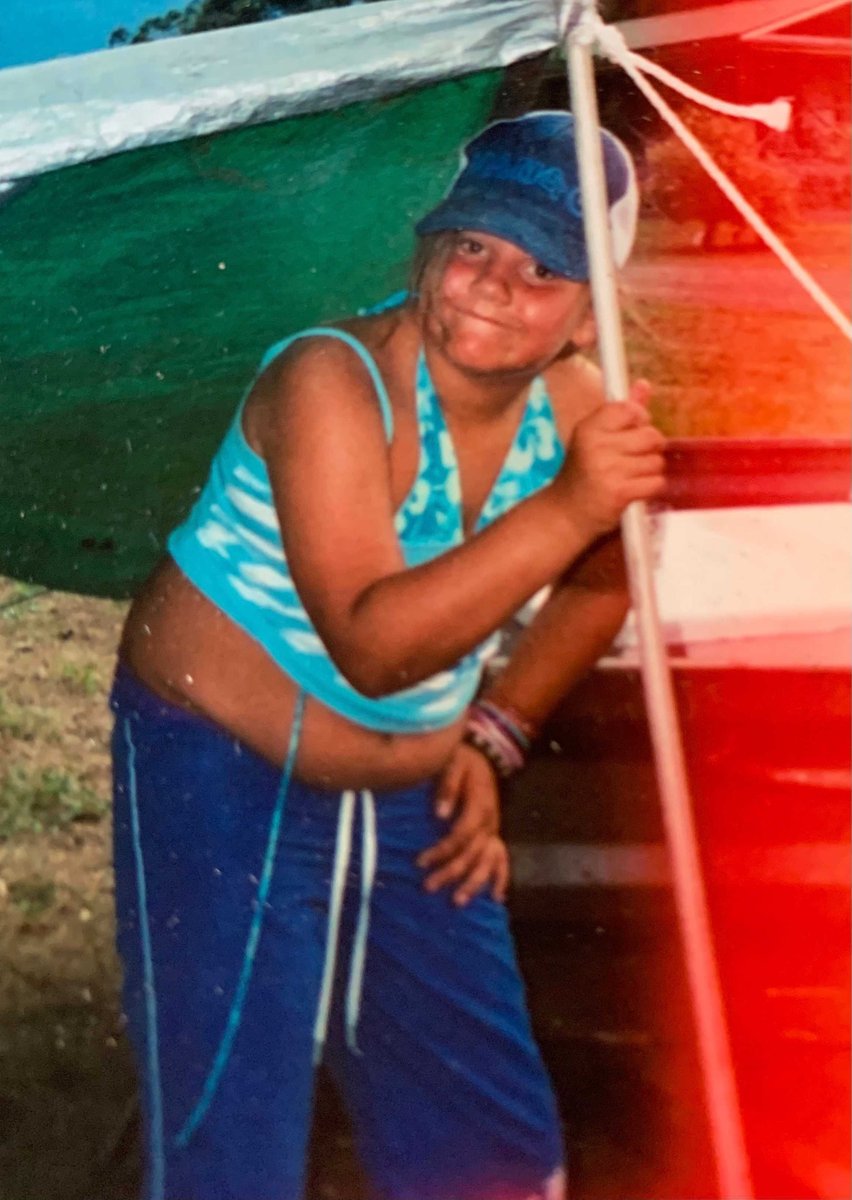 Shahni's mum didn't tell her about the comments made at her Year 6 dux ceremony until many years later. Image: Supplied.

"I didn’t want to believe that’s what people thought when we do well. That we didn’t deserve our success. I’ve figured out along the way I’m not the only one out here wondering if they’ve earned a job or an achievement. Wondering if they’re just fulfilling a quota... and if you’re thinking it, surely the seven other white people around you are too right?"

Shahni is a proud Jerrinja Wandra Wandiaan woman from the NSW South Coast, and her entire life she's dealt with whispers and systems that blatantly infer that she doesn't deserve her success.

And yet here she is. On Monday, Shahni co-hosted the inaugural episode of the very first all Indigenous breakfast show on Australian TV.

Big Mob Brekky started at 7:30am on NITV, coinciding with NAIDOC week, and Shahni couldn't be more thrilled to be driving the history-making show alongside her co-host Ryan Liddle.

Shelley Sullivan: The Woman Behind The World's First Tan In A Can

"There is as lot of pressure, and it is a bit scary to be the first all Aboriginal, by First Nations people for First Nations people, breakfast show. But at the same time, we've been trying to have more representation and diversity across all of our screens, and especially in the competitive market that is breakfast television. Historically, our stories haven't been told by us. And this is a chance for it to be us talking to our own communities and to the wider Australian public," she told Mamamia.

"The way that television has dealt with issues concerning people of colour or Aboriginal communities has definitely been problematic to say the least. And to be having a stab at doing this, and doing it the right way, hopefully people will be taking note about how you do cover issues that are sensitive and how to be a culturally safe place," she explained to Mamamia.

"And also to show it's important not to be tokenistic....you don't get an Indigenous Aboriginal person on the show just to weigh in on Aboriginal issues. We're going to have Aboriginal people talking about all topics that affect our communities."

Shahni's connection to her culture and people has been a driving force throughout her career. It's her ability to really "trust her gut," a skill she tells Mamamia came inbuilt thanks to a strong family unit and cultural support network, that's allowed her to forge an at times "rogue" path to success. 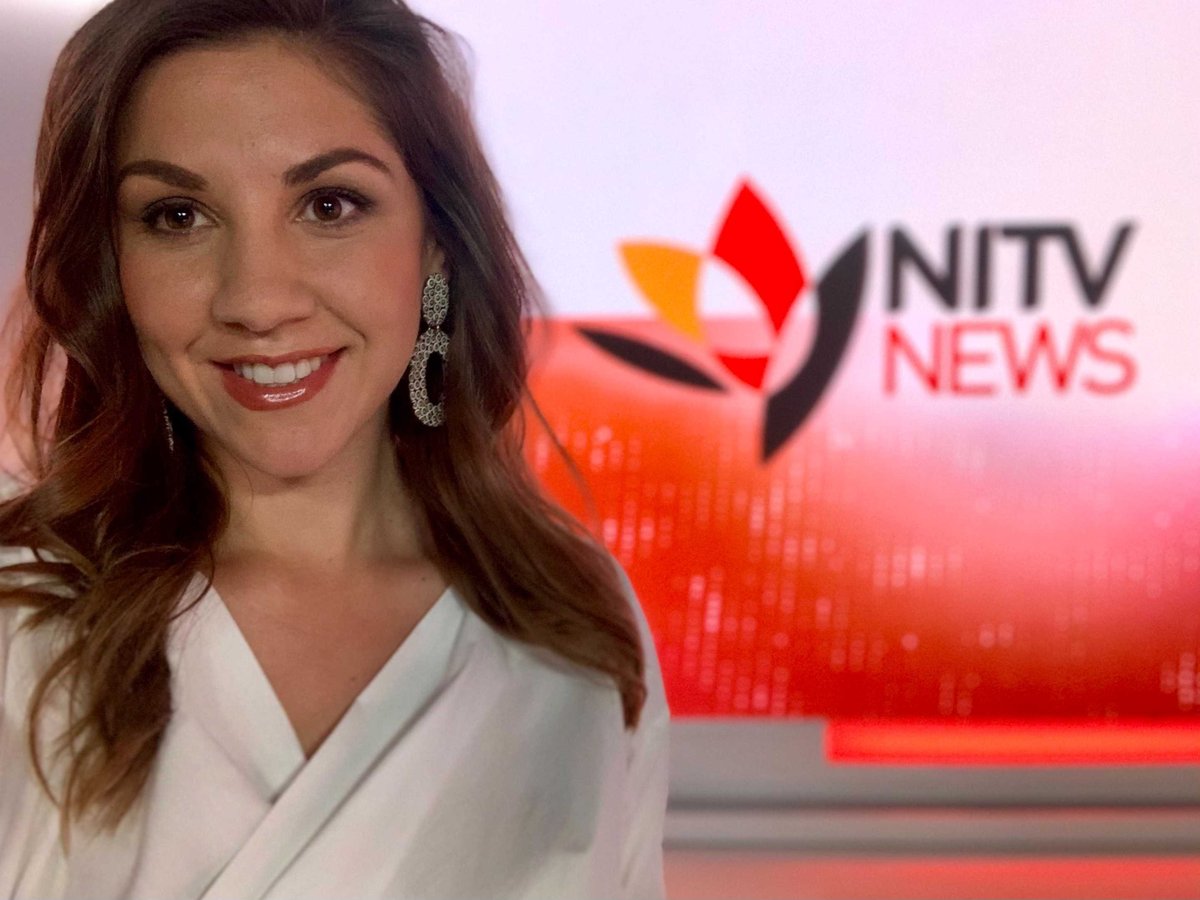 She spent her youth living on the Jerrinja mission with her parents, three older brothers, and extended family.

Aboriginal missions, which were created by churches or religious individuals to house Aboriginal people and 'train' them in Christian ideals, weren't abolished until the 1960s.

But while the area has a troubling and destructive past, Shahni tells Mamamia, "what has evolved is that it's now home. We've really taken that concept back and owned it as part of our heritage."

Shahni and her family relocated to the NSW Central Coast for most of Shahni's school years. When Shahni won a scholarship to a private girl's school, she moved to Sydney - but only lasted six months.

"It was the first time in my life that I'd ever been surrounded by all girls. I think I had a culture shock because I'd always lived with brothers. And it was also the first time in my life I was aware that I had less money than other people. I remember on my first week someone asked me what my parents did for work. In my brain I was just like...why? Because it had never mattered to me in my life. And I think that the biggest thing was that when I was there, I didn't feel culturally safe. I didn't feel like I was supported, or that anyone kind of knew or understood my circumstances," she told Mamamia.

After some tough conversations with her family, Shahni dropped out, moved home, and went to a local public school for her final years. She ended up topping the state in Aboriginal studies, a subject that wasn't even on offer at the private school she had briefly attended. She went on to study for a Bachelor's degree in communication at the University of Newcastle majoring in journalism and specialising in working with Aboriginal communities.

"For me, Sydney private schooling was the wrong decision. I am a firm believer that you will always end up where you're meant to be. So make those decisions and change your course if that's what your gut is trying to tell you," she said.

Shahni spent the first few years of her career dabbling in communications and feeling a bit lost, before landing a cadetship with ABC Darwin in 2017. From there, her career flew. In 2019 she took up a political reporting job with NITV, and now, in 2020, she's a TV breakfast host for a flagship program.

Despite her success however, Shahni's always had to look over her shoulder, and steel herself against unwanted commentary.

"On my first day as a cadet... it was myself and seven others that were taken in, and we were getting shown around the building and someone came up to us and said, 'oh, looking very brown this year aren't we'. It was said as this jokey thing, but you could tell looking around we had all thought 'is this a diversity card?'

"I think all Aboriginal people have moments in their lives where their identity is made out to be something negative in some kind of way. So many times throughout my career, I have found myself second guessing whether I deserve things or if I have impostor syndrome, and one day people are just going to find me out."

Watch: Amanda Fotheringham on the awkward questions she gets asked as a young Aboriginal woman.

But the casual racism, Shahni says, has only solidified her ties to her identity and where she's come from.

"That's what's really gotten me by I think, in my life and my career," she told Mamamia.

"That's something that I've really come to terms with, during the last few years, especially being in Canberra - a white structure that culturally was never built for us to be in. But being places like that I've kind of learnt that I'm not there because of my Aboriginality. It's because of my family and my culture that I've built the strength to be able to exist in these spaces and to represent them and to give back to my community."

Shahni is hopeful that it's going to a whole lot easier for the next generation of Aboriginal people to move through the ranks in the journalistic world.

"There’s no doubt I got help to overcome a hundred obstacles that were in my way... It came from the generations that fought before me, the community that raised me and the family that supports me. Not from any institutions, higher powers or men standing in crowds.

"Aboriginality isn't my downfall or my ticket in, it's my superpower," she told Mamamia.