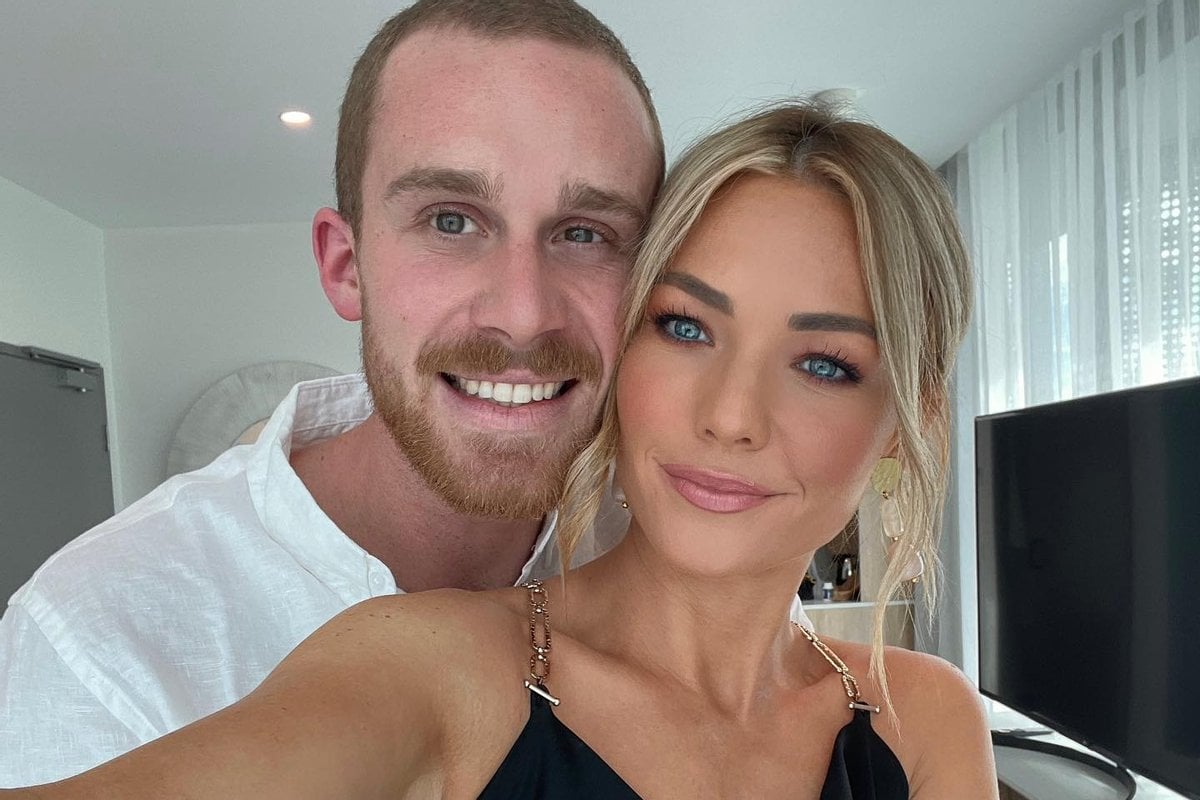 Eight years after Australia met her on The Bachelor, Sam Frost is engaged to a fellow reality TV star.

The 33-year-old announced her engagement to her boyfriend of six months and former Survivor contestant, Jordie Hansen, on their podcast Jordie and Sam's Rural Road Trip on Thursday.

"It’s a very important time of our lives, we just recently got engaged and to celebrate we thought, let’s hit the road, let’s go on a 14-day road trip!" said Frost, who shared the pair got engaged in May.

Recalling his spontaneous proposal, Hansen explained he popped the question during a road trip in South Australia.

"We were at Uluru, we’d just woken up, having brekky, we were about to head down south. Sambo had just been delivered her coffee, so I said to her, ‘Hey, when would you say yes to getting married’," he began.

"I took that as, I’m going to do it this afternoon," said Hansen.

Deciding on a sunset proposal, the 26-year-old began rushing Frost to finish her coffee so they could make it to their next destination at Coober Pedy in time.

"I know we're heading for the Breakaways right near Coober Pedy, I know that the Breakaways are a beautiful spot for sunset, we've got eight and a half hours [to get there]."

But despite the haste, Frost said she "had no idea that he was going to propose".

"Him rushing me out of Yulara was no surprise for me because he's always busy and on to the next thing. I was just like 'Mate relax, let me finish my coffee!' He was twitching and fanging to get there but that's just Jordie," she said.

The couple eventually made it to Breakaways at Coober Pedy in time for her to say 'yes' as the sun set.

However, the proposal didn't go entirely to plan, as Hansen mistakingly set up a camera at the wrong angle to capture the moment.

"We've pressed play on the video and Sam has gone 'oh darling, we're out of shot'. All you can see is the bottom of my foot because I was down on one knee," he laughed.

"I remember saying something along the lines of, 'we love jokes but this is not one of them'. This is very serious for me it's a life commitment. I almost cried, Sam reckons I cried. We celebrated with a big hug and a kiss."

Frost began dating Hansen – who is friends with her younger brother, Alex – six months ago.

Alex and Hansen both appeared on Survivor: Blood vs Water. Interestingly, Alex went on the show with Frost's ex-boyfriend at the time.

"When I bailed my brother up and I was like 'oi is [Hansen] single or what?' and then he was like 'ah don't be weird.' He's like 'you're so embarrassing!'" Sam told Nova's Fitzy and Wippa in March.

Before she started dating Hansen, Australia watched Frost fall in love on season two of The Bachelor.

During the finale, Blake Garvey made Bachelor history when he proposed to the 33-year-old.

However, the day after the finale aired, viewers learned Garvey had dumped Frost and begun dating Louise Pillidge, who came third on the reality show.

The move earned Garvey the nicknames 'love rat' and 'the most hated man in Australia'. 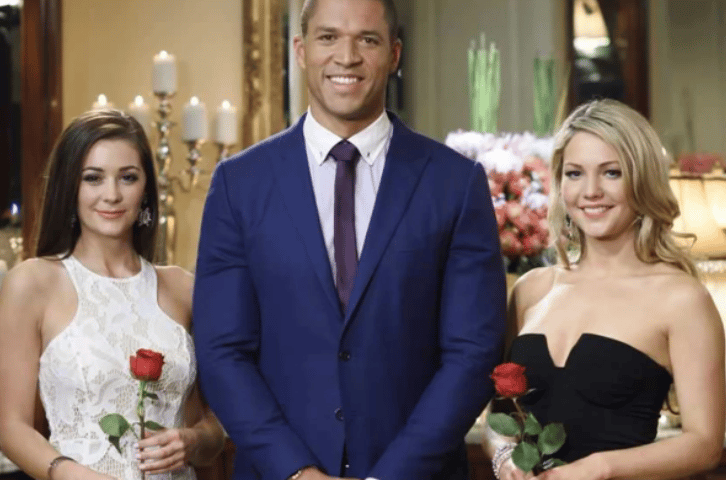 The following year, Frost become the first star of The Bachelorette Australia and would go onto find love with Sasha Mielczarek.

However, the pair split a year after the finale in 2015.

The pair dated for several months before they ended things late last year.

"I couldn’t see a future with her," Bruno told The Daily Telegraph.

"I have kept my distance. It is obviously hard because you feel for the other person but people just break up sometimes and I didn’t want to lead her on so I have moved on."