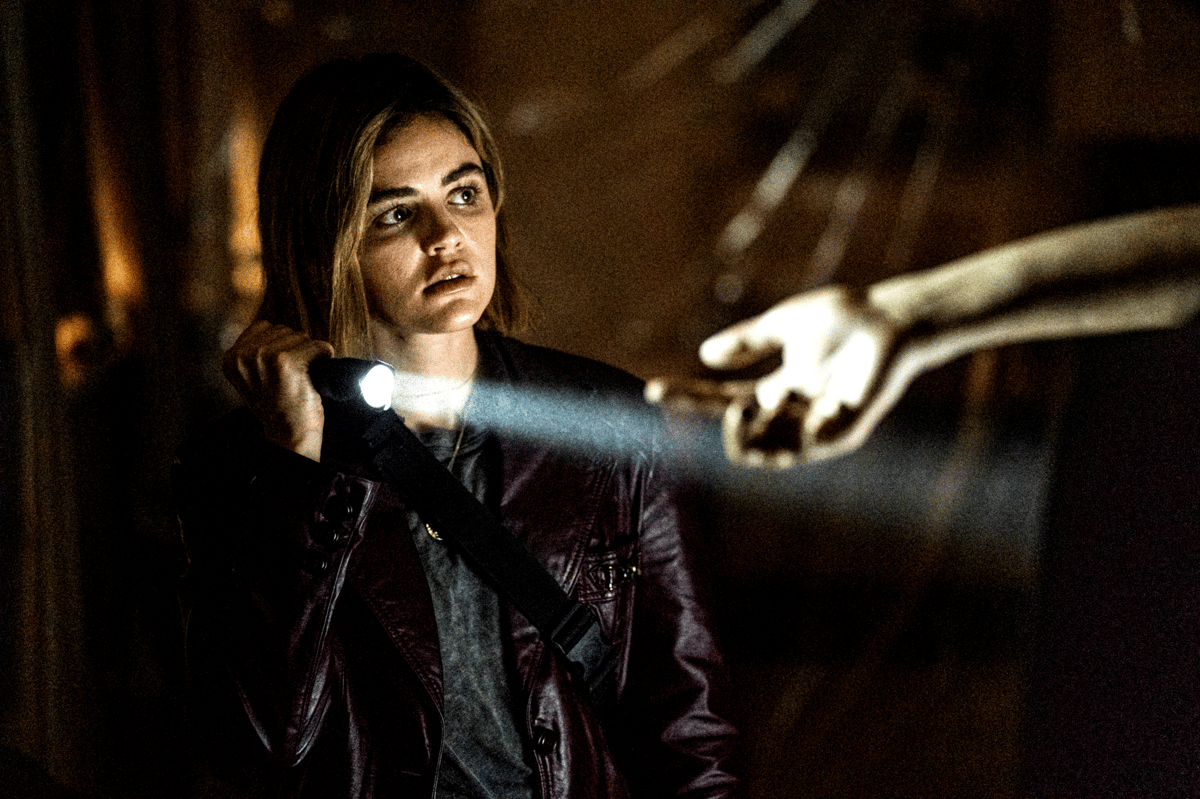 If you like your crime dramas with a side of gruesome murder and some witty British banter, then Ragdoll should secure a spot on your must-watch list.

The new six-part series, which hails from the creative team behind the critically acclaimed phenomenon that is Killing Eve, is focused on a London-based team of police officers, all with their own complicated backstories and dynamics.

Their task is to track down the Ragdoll Killer, a particularly clever serial killer with a love for menacing law enforcement officers and taking part is some quite intense human mutilation.

Watch the trailer for Ragdoll below. Post continues after video.

The series kicks off with Detective Sergeant Nathan Rose (Henry Lloyd-Hughes) tracking down the Cremation Killer (yes, he likes to kill with fire), who is unable to be found guilty of his crimes because Rose cut some corners while working on the case.

In a fury, he attacks the Cremation Killer in court and then spends time in rehabilitation working his way through the aftermath of what took place.

Rose then returns to the police force to start working on the Ragdoll case, alongside his longtime partner, Emily Baxter (Thalissa Teixeira), and a new American Detective Constable named Lake Edmunds (Lucy Hale).

The team's introduction to the new killer involves them coming upon the 'ragdoll' monstrosity he has created. The killer has murdered six people and hacked up their bodies, only to then stitch various parts of them together to create the doll and leave it suspended by wires for the team to find.

Many of the body parts used to create the doll appear to belong to people connected to the Cremation Killer, and the kill list of people who are being targeted next includes Nathan Rose. 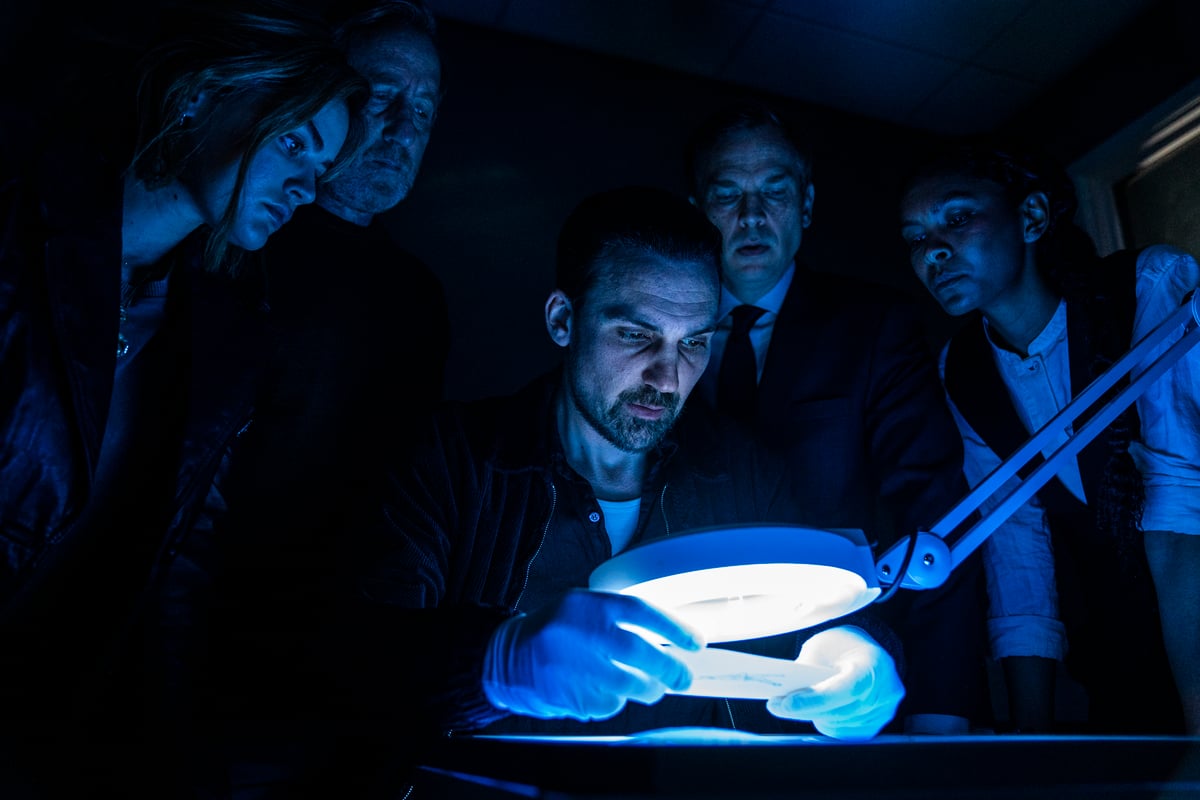 "Ragdoll is focused on a London-based team of police officers, all with their own complicated backstories and dynamics." Image: Foxtel.

For actress Lucy Hale, the allure of Ragdoll was hooked on her own fascination with the true-crime genre, and her desire to construct a character like Lake in a world where the serial killer is always 100 steps ahead of everyone else.

"I've always been drawn to the darker side of life," she told Mamamia. "In order to be happy you have to have known darkness, and I think we all shy away from that.

"Lake Edmonds was originally not even in the book by Daniel Cole. She was a dude. So they completely changed her sex for the TV show, to bring more female characters into the story.

"What I love about the show is that a lot of our deaths are very theatrical and big, which, if you've seen something like Squid Game, you'll understand exactly what I'm saying.

"The stakes are very high. Someone's always dying or someone's about to die and there's a kill list. There's a car crash. The show was actually a lot more physical than I'm used to, lots of stunts and some crazy things that I can't really give away.

"What I appreciated about the Ragdoll Killer is that this person killed in almost medieval ways. It wasn't traditional killing. The Ragdoll Killer is always 100 steps ahead of everyone. There's this one death on the show that is almost like witchery, like how you would kill a witch. It was very disturbing. It was one of the few moments while filming where I thought... this is very heavy. But it makes for good TV." 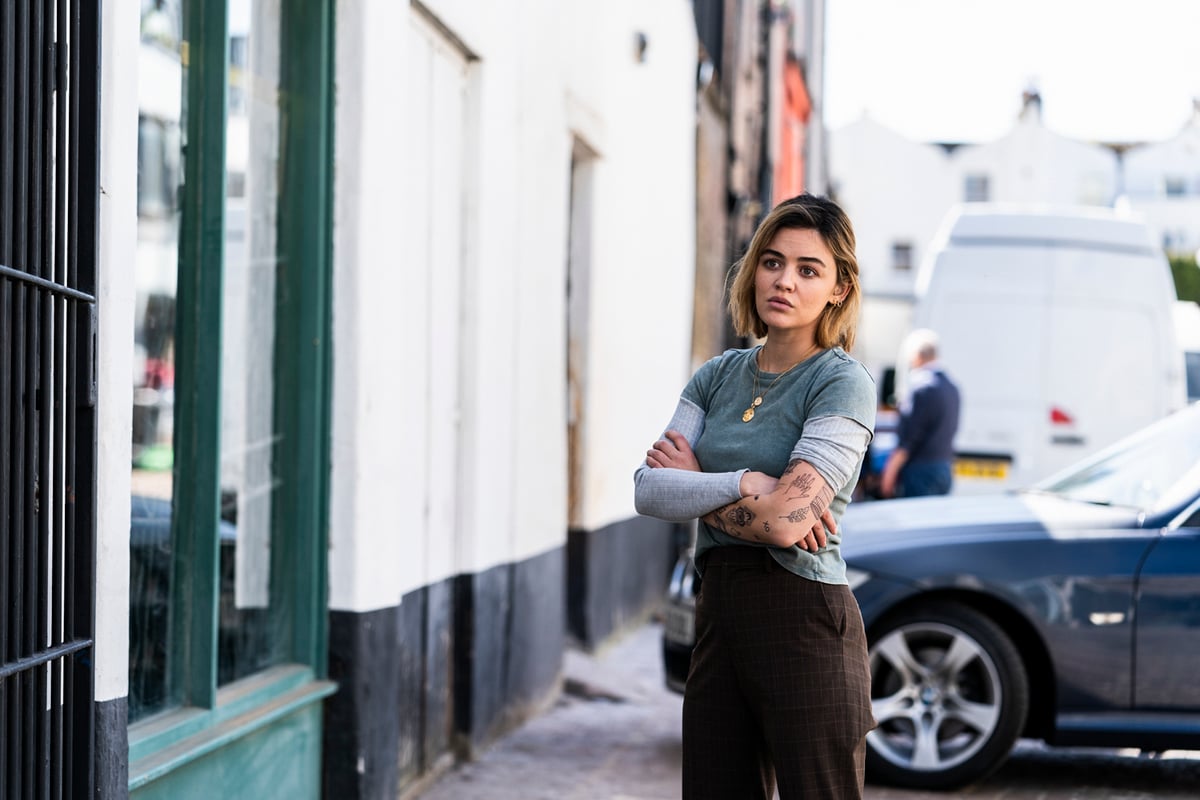 For actress Lucy Hale, the allure of Ragdoll was hooked on her own fascination with the true-crime genre, and her desire to construct a character like Lake. Image: Foxtel.

The 32-year-old actress has built her career starring on TV shows such as Pretty Little Liars and horror movies such as Truth or Dare and Fantasy Island. However, she made a promise to herself that after her last project, Katy Keene, she would only take on a new role if it completely pushed her out of her comfort zone.

"I needed to challenge myself," she said when asked about the cancellation of Katy Keene and what led her to pursue a part in Ragdoll.

"I just physically couldn't do another job unless it was something different. As soon as I read the script for Ragdoll, I knew I had to have a part in it. I even had to audition for it, to prove that I could do it.

"The first episode is a nice introduction to the persona Lake gives off to everyone. She's young, really smart and probably talks a little too much trying to keep up.

"As the season goes along, you discover this intense trauma that's happened in her life, it's actually what led her to the UK. She's like an onion and we slowly peel back the layers.

"I had to fill in a lot of the blanks for her as we built the character which was fun. I was never great at school because I'm not good at things that have a right or wrong answer. I like things that are fluid. That's why I love my job so much because you can kind of do whatever you want with the characters.

"If you love Killing Eve, then you're going to enjoy Ragdoll," Lucy promises. "It will take you for a wild ride."

Ragdoll will premiere on Foxtel on Saturday, November 13, with new episodes dropping weekly.