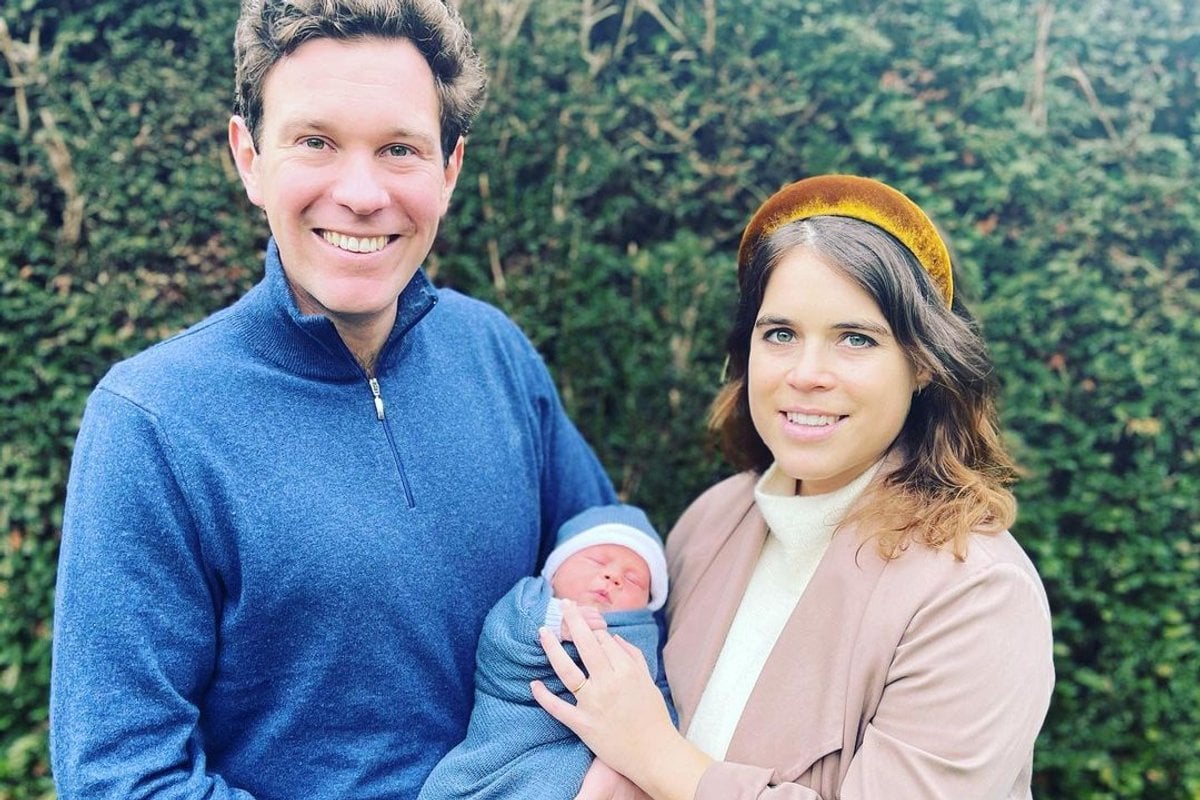 Princess Eugenie, who is the younger daughter of the Queen's third child Prince Andrew and his ex-wife Sarah Ferguson, the Duchess of York, gave birth to her first child with husband Jack Brooksbank.

Now the couple have announced the name of their son, August Philip Hawke Brooksbank, and the special meaning behind it.

"We wanted to introduce you to August Philip Hawke Brooksbank," Eugenie wrote on Instagram, alongside a very cute family photo.

"Thank you for so many wonderful messages. Our hearts are full of love for this little human, words can't express. We are excited to be able to share these photos with you.⁣"

Eugenie went on to share why they chose Philip as a middle name in a nod to her grandfather, Prince Philip, who is currently in hospital.

"On his grandfather's birthday weekend, thinking of my grandfather, we are introducing our little boy," she wrote in a post on her Instagram stories.

The palace released a statement announcing the birth of baby August earlier this month writing, "Her Royal Highness Princess Eugenie was safely delivered of a son today, 9th February 2021, at 8:55 a.m. at The Portland Hospital."

"The Queen, The Duke of Edinburgh, The Duke of York, Sarah, Duchess of York, and Mr. and Mrs. George Brooksbank have been informed and are delighted with the news.

"Her Royal Highness and her child are both doing well."

At the time, Eugenie, 30, shared a photo of her and Jack, 34, holding her baby's hand on Instagram to mark the moment, with a series of blue heart emojis.

Eugenie and Jack married in a lavish royal wedding in October 2018 at St George’s Chapel, Windsor.

Eight hundred people were in attendance, including most of the royals.

Eugenie described how she and Jack, a former manager of a London nightclub, first met in a video posted to the royal family's Twitter account.

"It was love at first sight," she said.

"We were skiing at our friend's place in Switzerland and I saw you first and we started staring at each other," Jack explained. 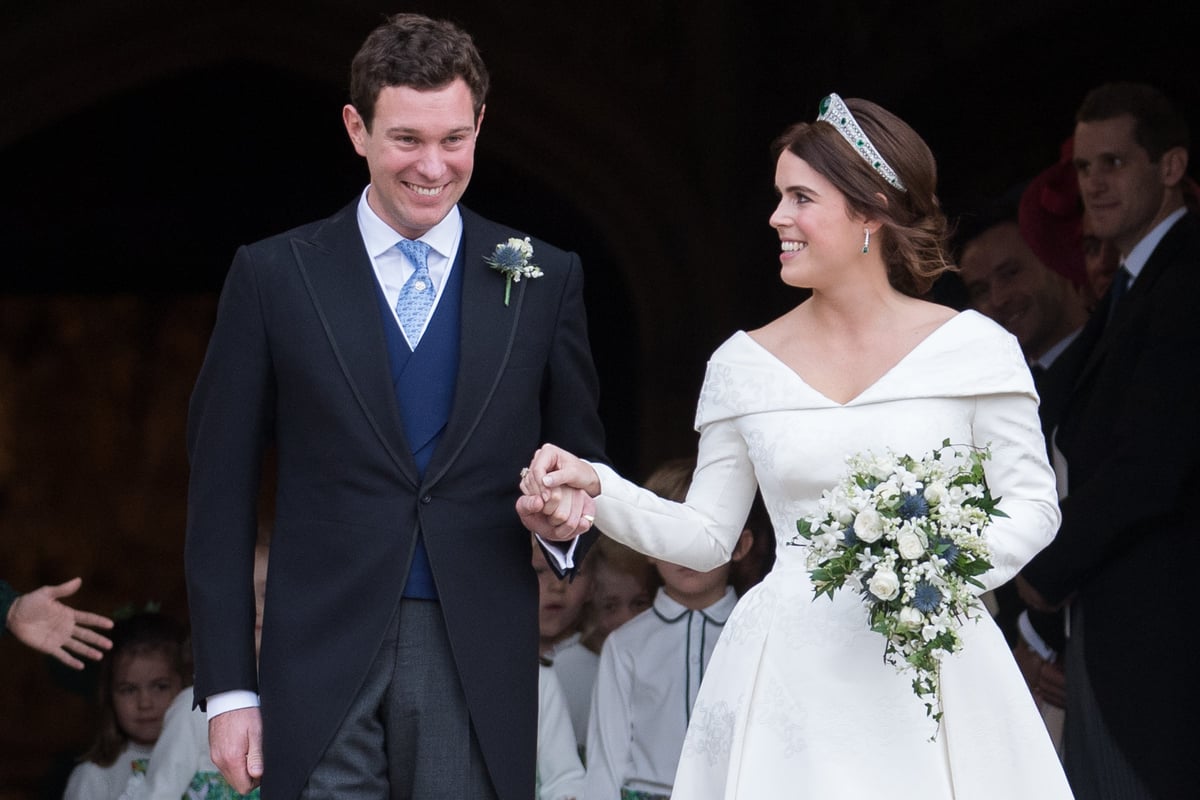 "And I thought 'What a silly hat'," added Eugenie. "And then I thought 'Who's that?' and you came over and shook my hand and I was all butterflies and nervous.

"I think I rang my mum that night and said 'I've just met this guy Jack', and that was how it started.

"I remember thinking I really, really like this guy and I hope he likes me too. Then you gave me this huge like windscreen wiper wave and I thought 'Right, he likes me too'."

The couple announced their pregnancy on Instagram in September 2020, with a photo featuring the couple holding a fluffy pair of bear slippers.

In December 2020, Sarah, Duchess of York told Mamamia she was overjoyed to soon be a grandmother.

"I feel incredibly lucky that Jack and Eugenie are having a baby," she said.

"So many couples struggle to conceive so first of all I feel grateful that they haven't had to go through any of that.

"Of course I can't wait to have a new little audience for my storytelling. I'm also excited because grandparents get all of the fun and not so much of the hard work and responsibility!"

Eugenie's son will not have to wait long for a play friend, as another royal baby is due very soon.

Reply
Upvote
The Queen referring Jack's mother as Mrs. George Brooksbank, just shows how outdated this institution is.
M
mamamia-user-482898552 a year ago

Reply
Upvote
1 upvotes
@mamamia-user-236023277 What if Jack's mother refers to herself as such?
C
cat a year ago

Reply
Upvote
@cat She's opted to take his surname so it's not inconceivable that she doesn't mind the formal title of Mrs Husband's First Name, either.
G
guest2 a year ago

Reply
Upvote
3 upvotes
@cat I am sure Jack's mother doesn't, but it in more rarified circles, it is still correct etiquette to formally address a woman using her husband's name.  Younger mamamia readers probably don't remember when it was common practice in Australia as well.
R
rush a year ago