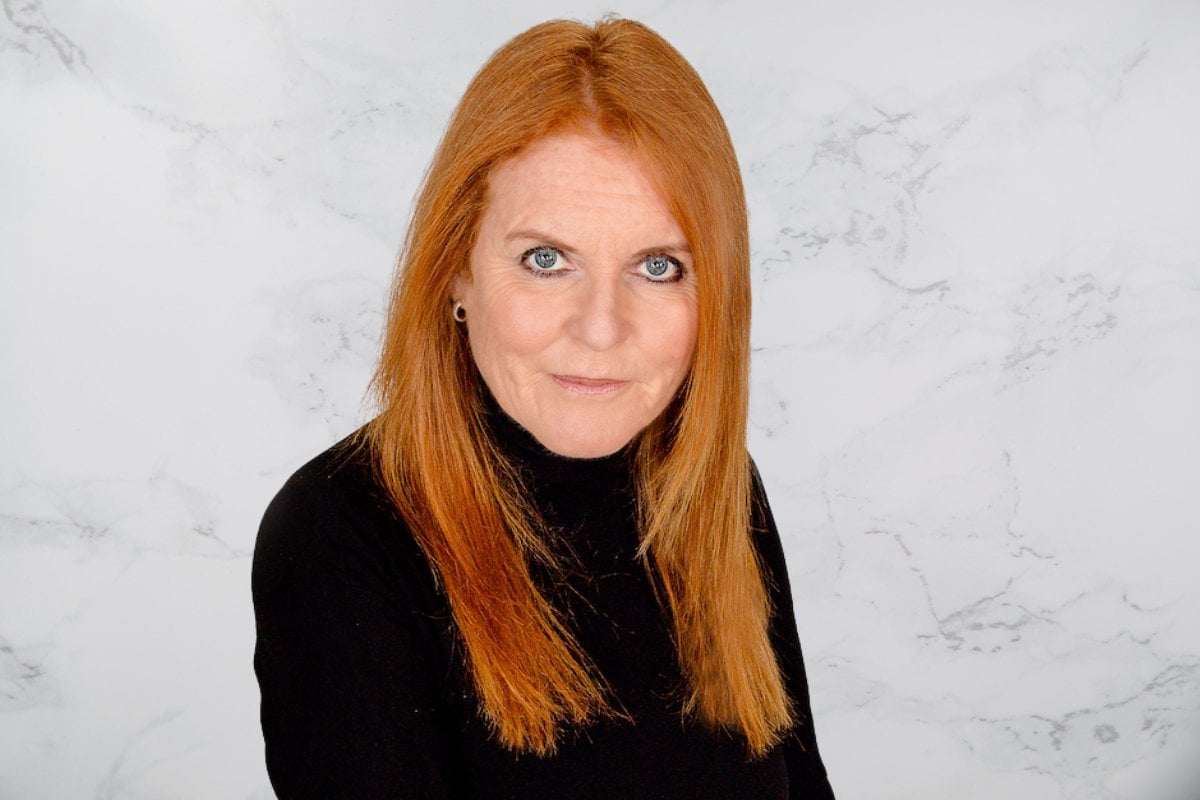 Sarah, Duchess of York has spent 2020 reading stories to children - virtually, of course - and she's readily preparing to have a new audience member.

When the COVID-19 pandemic forced schools and most other public parts of our lives down, the Duchess launched her YouTube channel in April to share Storytime for Fergie and Friends videos.

Watch: What happens at a royal Christmas? Post continues below video.

It was actually born out of a lifelong dream that hadn't yet been fulfilled.

"I always loved the old children's story time TV programme in the UK, Jackanory, and had a secret desire to be a children's TV presenter," the Duchess told Mamamia in an exclusive interview to celebrate the launch of her latest book, Budgie the Little Helicopter Rescues Kubby the Koala.

"I wanted to bring that spirit back to life. I thought children would be so frightened by the pandemic and all the bad news that I decided to read a children's story every day online. It's a little bit of escapism with some wonderful children's literature.

"I hope it's helping parents who may be working on the frontline or struggling to balance working from home and their family life by occupying their children for a short time every day." 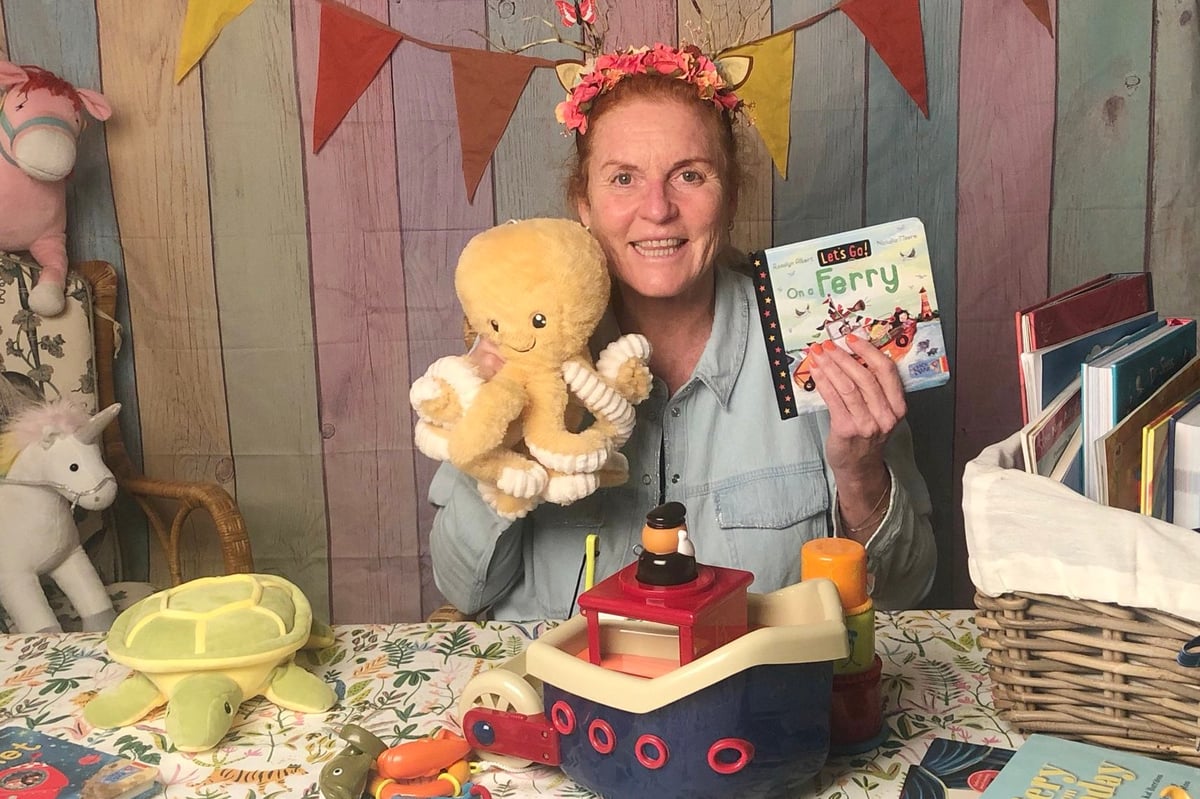 The Duchess creates the Storytime backdrops herself. Image: Twitter. 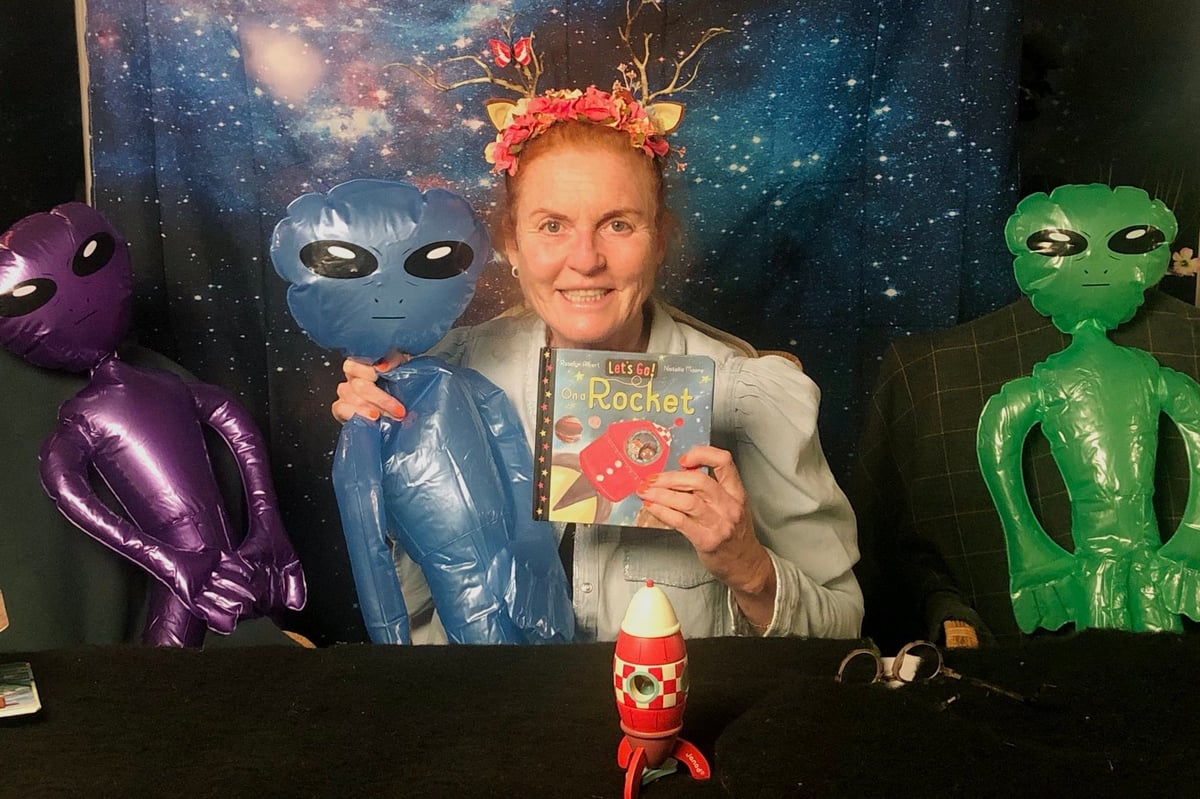 She's been keeping herself busy in the United Kingdom lockdowns, not just with the series and designing all its elaborate sets herself, but with other charity initiatives and spending time with her family.

"I love to give back and have always thought that if I can bring a little bit of happiness somewhere else, it will make me happy," the Duchess said.

"So I have spent this year doing what I can to help others, as well as spending time with my own family. I’ve launched my own charity, Sarah’s Trust, which brings all the charity work I do under one roof and is something I’ve wanted to do for a long time.

"We have been working with other organisations to support the homeless who have been largely forgotten about during the pandemic. We have also organised more than 150,000 deliveries of essentials and luxury items to people working on the frontline in our health service and care homes. I hope it has brought a little bit of light to people during these dark times." 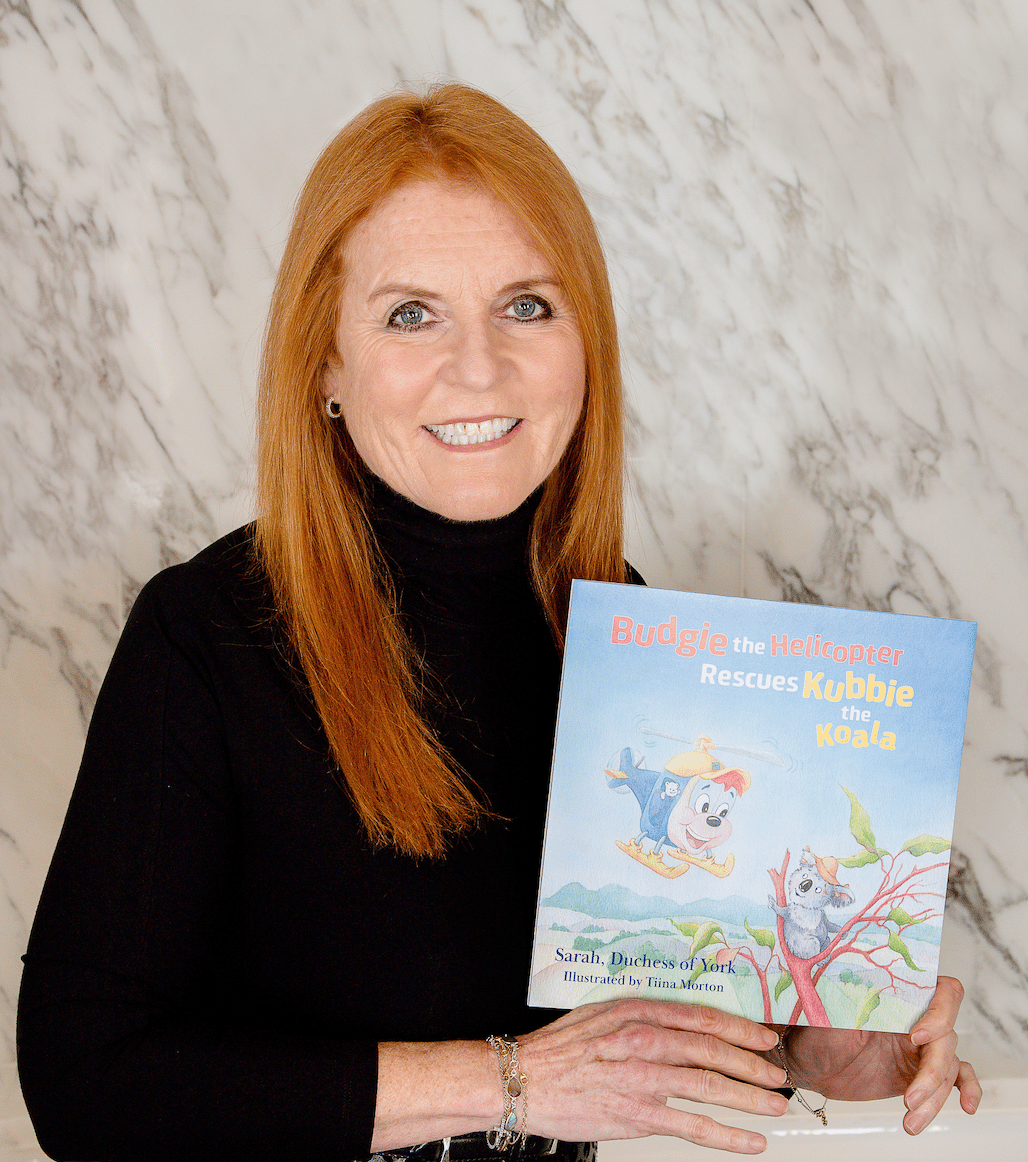 At 61, the Duchess has been in the public eye for decades. Initially a people-pleaser, she told Mamamia the secret to remaining happy in the face of such scrutiny is to stay true to yourself.

"It's taken me 61 years to realise it, but you have got to hold onto your integrity and your sense of yourself even if people try to pull you down, say nasty things or troll you online," she said.

"It's so important to remain steadfast and true to yourself. When you get that, you stop trying to people please all the time, which I did for so long, and you suddenly realise that life is so much easier."

In a difficult year, 2020 has had some celebratory milestones for the Duchess' daughters, Princess Beatrice and Princess Eugenie.

Beatrice married Edoardo Mapelli Mozzi in July, after their original date in May was delayed due to the pandemic. It was a scaled back, private wedding the Duchess told Mamamia was "beautiful". 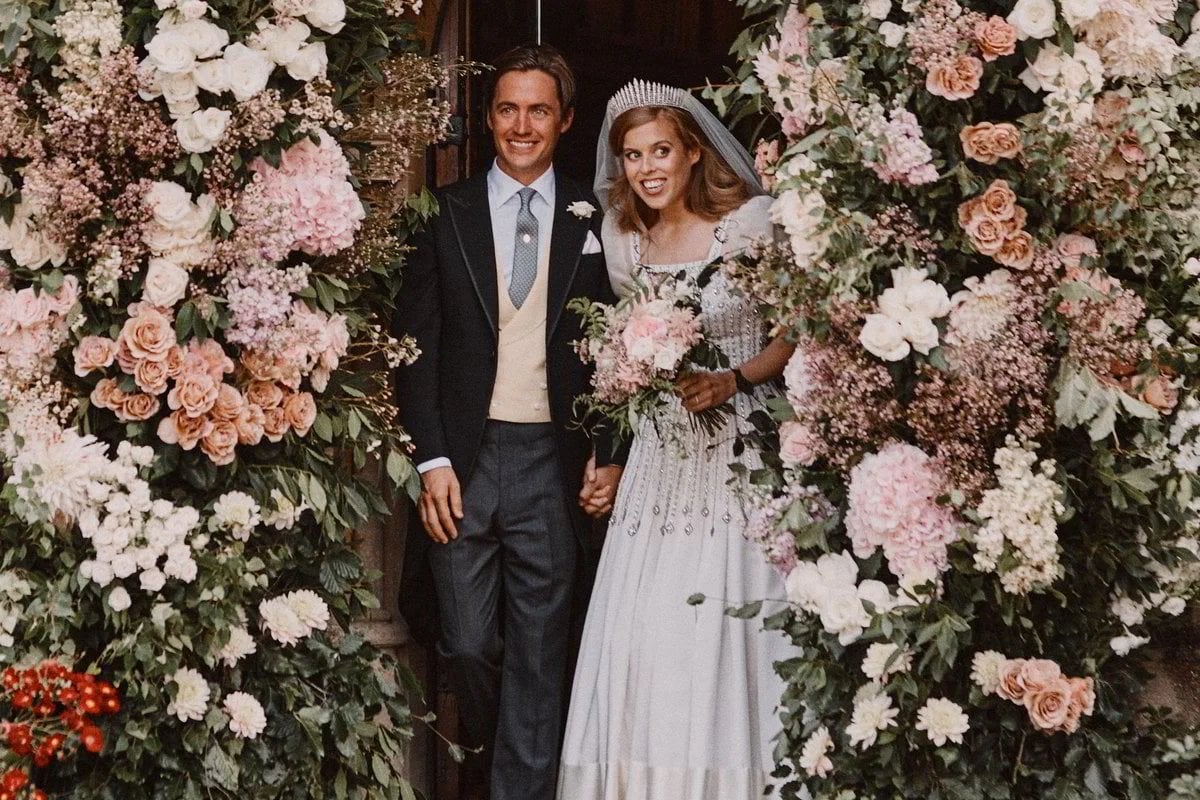 "The most emotional moment for me was just seeing how beautiful she looked. I am so lucky with both my girls - I love them so much. Beatrice's wedding was also a true family occasion which made it very special," she explained.

Due to restrictions, only 20 family members and close friends were in attendance.

The Duchess and her daughters are extremely close. Eugenie, one of the few royal family members with a personal Instagram account, regularly shares tributes to her family members.

"Our secret is communication," the Duchess of York explained when asked what the public don't see.

"I believe that's fundamental to good parenting, and I believe we've done a great job with both of our children. I couldn’t be more proud of the young women they have become."

A few months after Beatrice's wedding, Eugenie, who married Jack Brooksbank in 2018, announced they were expecting their first child in early 2021.

It will be the Duchess of York's first grandchild. And she could not be more excited.

"I feel incredibly lucky that Jack and Eugenie are having a baby," she said.

"So many couples struggle to conceive so first of all I feel grateful that they haven't had to go through any of that.

"Of course I can't wait to have a new little audience for my storytelling. I'm also excited because grandparents get all of the fun and not so much of the hard work and responsibility!" 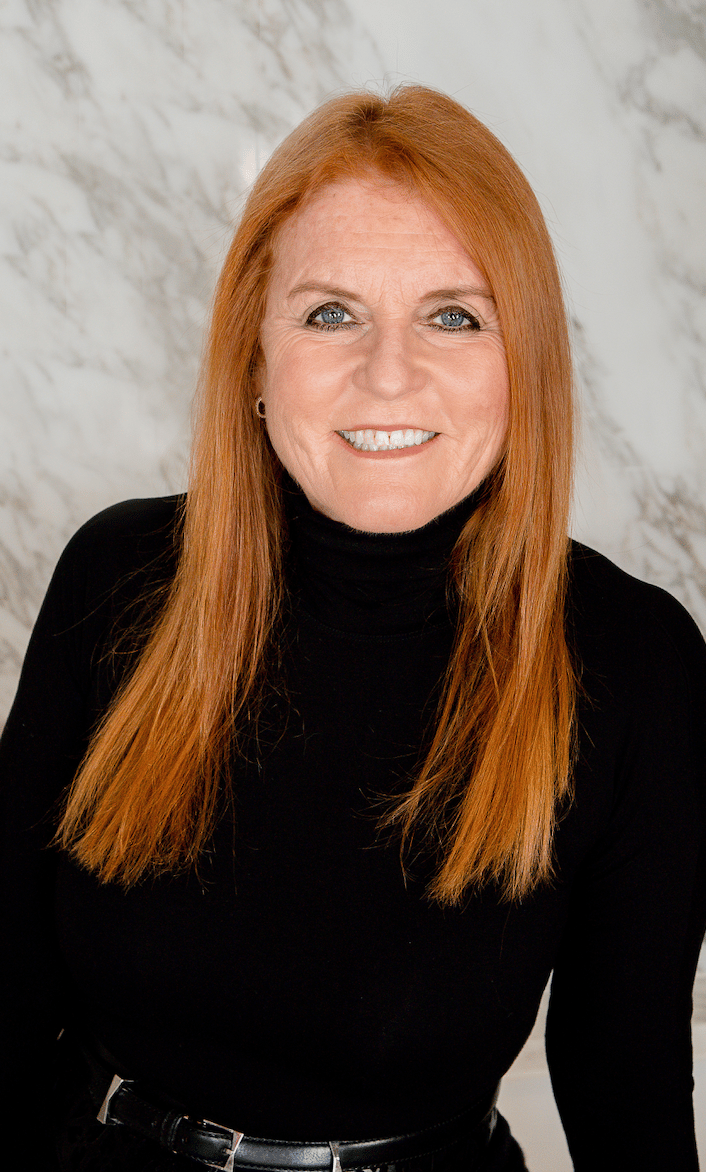 The Duchess will have plenty of her own books to share with the baby once it arrives.

She's written multiple book series', including her Budgie the Little Helicopter series which began in 1989. It was so popular it spawned a children's TV series.

She released the last Budgie book in 1996 - but now Budgie's back, and this time he's in Australia. The iconic helicopter and his friends were brought to life by Perth-based illustrator Tiina Morton.

"I've thought for a long time about getting Budgie flying again," the Duchess explained. "He's a really special, ageless character who represents kindness and goodness and we could use some of that right now. Everybody loves Budgie and I know that people still watch the TV series, 42 episodes of which are on YouTube. It was a question of finding the right story and that came along in the form of an adventure to Australia.

"I always like to set stories in countries that have been good to me... I decided Budgie should go to Australia to honour my sister Jane, who has lived there for 40 years.

"I have visited many, many times and I love Australia very much. My daughter Eugenie went there for a gap year – after the terrible bushfires, there were two koalas at the Featherdale Sydney Wildlife Park, which she had visited, named after her and her husband Jack. I also care deeply about the environment so I wanted the new book to have a strong environmental message."

Budgie the Little Helicopter rescues Kubbie the Koala (RRP$18.95) will be released on December 7. You can pre-order it here.

The Duchess of York's second new book, A Gift of Kindness (RRP$18.95) will be released on December 12. You can pre-order it here.