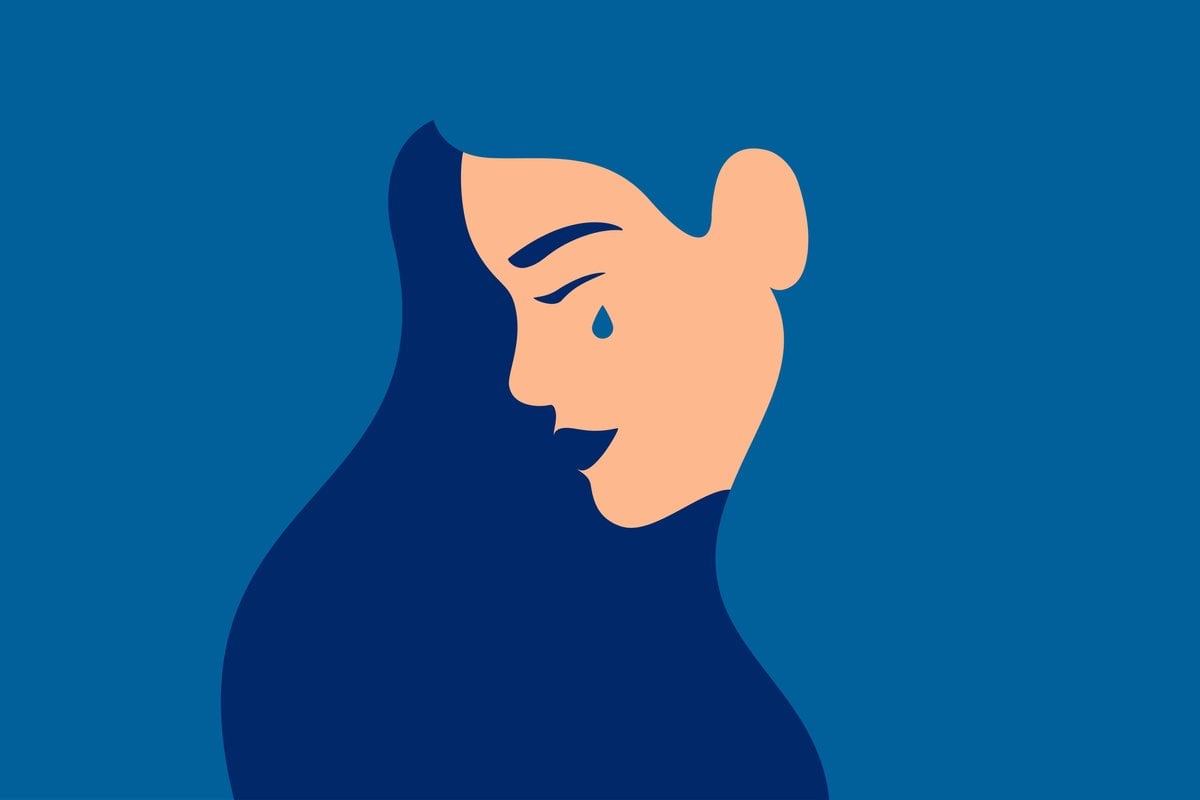 This post deal with pregnancy loss, and could be triggering for some readers.

I first experienced a miscarriage in 2013 when my son Toby was a toddler. I thought I was happily pregnant with baby number two, but after my daily morning sickness symptoms faded at around the 10-week mark, I instinctively wondered if all was well.

It turned out that my instincts were right. At my pre-booked 12-week scan, the sonographer revealed the fetus had likely died weeks ago, as it was showing up so small.

She was very gentle with me, but I will never forget the shock I felt going from being pregnant, to not pregnant, in a matter of seconds. She meant well when she said 'better luck next time', before asking me to book an appointment with my GP for the following week.

Watch: Tina Arena tells Mia Freedman about her experience with miscarriage on No Filter. Post continues below.

That weekend, I started to bleed, so I went to the emergency department alone while my husband cared for Toby.

I wanted reassurance and advice, but after hours of sitting in the hospital and feeling silly for even being there, I was sent home with a pamphlet to 'let it happen naturally'. As someone who had not experienced a miscarriage before, I did not know what to expect.

I imagined a heavy period and all the literature they gave me told me to expect bleeding. What I wasn’t told is that it can really hurt and that it’s not just blood loss; but blood clots that are visually shocking and painful to pass.

After the initial phase of pain and bleeding settled down, I went back to the hospital for a check-up scan in the early pregnancy unit. The waiting room was part of the general obstetrics outpatients' clinic and so I sat quietly in tears surrounded by happy pregnant women.

The scan showed I had 'retained product', meaning I’d had an incomplete miscarriage. I understand these terms are clinical and perhaps designed to take the emotion away, but the terminology felt so cold.

On a similar screen a few weeks before I had seen my future baby - a little person yet to be - and now it was all 'remaining tissue' and 'product'.

I was prescribed a drug called Misoprostol to clear out the rest of the 'product'. After a further week of bleeding and discomfort and another scan, I ended up in theatre for a D&C, a procedure to sweep my uterus before it became infected.

My experience was more protracted than many, but when I had my next two miscarriages, I knew what to expect and what to ask for. When I discovered my subsequent pregnancies had ended, I advocated for myself and requested D&Cs to avoid the messy, traumatic and for me - lengthy- 'natural' process at home.

During each of my three experiences with miscarriage, the medical staff I encountered were always professional and never unkind. In between all the waiting room tears, awkward 'better luck next time' comments, and clinical references to my failed pregnancies, three personal encounters stayed with me.

There was the beautiful nurse who after my second miscarriage, gave my hand a squeeze and asked me if I wanted to take a moment alone to see the scan; even though we both knew there wasn’t much to see.

I appreciated she saw me as a grieving human who might want a few minutes to gather my thoughts or say goodbye.

Another encounter was with a young female doctor who performed my first D&C procedure. She came into my room after I woke up from the anaesthetic and after finding out how I felt physically; she shared that she had experienced a miscarriage too. This short but empathic exchange that acknowledged my grief, was exactly what I needed in a very vulnerable moment.

A third was with my male obstetrician who simply told me how sorry he was for my loss.

Listen: A bonus No Filter with Mia Freedman on coping with pregnancy loss. Post continues below.

They acknowledged my grief as part of an otherwise clinical process and their kind words mattered.

While there are surely improvements to be made in how treatment is approached more sensitively for women who miscarry, there is no better source of comfort than talking to someone who has experienced pregnancy loss. This was certainly true for me and mum-of-one Hayley* who had a miscarriage in August this year.

She says that while her clinical treatment was professional, the approach to her grief was lacking.

"I started bleeding on a Saturday and called the GP after hours service," Hayley says.

"The woman on the phone was sympathetic and told me to get checked over at the local emergency department.

"I sat and waited and when I was seen by a young male doctor, he was very professional and brief. He confirmed that it was likely a miscarriage and I should go home to rest and wait. I had blood tests and a scan booked in for the following week, but I wasn’t given any details and I wasn’t prepared for how bad it was going to be."

After bleeding all weekend and feeling low, Hayley went for a scan with a doctor who wasn’t her usual GP.

"I had to go alone because of COVID restrictions, which was hard. I also felt very raw and emotional and while the doctor was perfectly professional, it was all 'to the point'.

"She got the paperwork done and while it was clinically fine, it lacked compassion. I really wanted someone to ask me how I was feeling mentally, not just physically."

Hayley got straight on the phone to friends who she knew had been through pregnancy loss and then booked to see her regular GP later that week.

"It was being asked if I was okay and being listened to while answering my questions that mattered most. I was grieving and initially that human approach was missing."

Dr Lynda-Rose Chapeyama is a GP and women’s health advocate. She believes that there are things that could be changed for treating women who miscarry, but that it is a complex issue.

"But emergency departments are often overstretched and add the pandemic on top and staff cannot always give women the time or reassurance they need."

She thinks building a relationship with your GP is the best way to receive care in difficult times like when suffering pregnancy loss. She suggests seeking recommendations from friends if you are unhappy with your current GP.

"I know that for my patients, if they come to me with concerns about miscarriage, I can talk to them, and organise blood tests and scans immediately.

"I feel sad that so many women fall through the cracks as while we are trying our best, I think major change needs to come from the very top and that would look like more investment in women’s healthcare at both a state and federal level. It needs to be made a priority."

*Although Hayley is known to Mamamia, her name has been changed for privacy reasons.

Reply
Upvote
Thank you for sharing your story. I had a similar experience at EPAS - it was awful and traumatic. If I can help it, when I finally do get pregnant, I will never go back there.
F
fzmclaren 9 days ago

Reply
Upvote
2 upvotes
It’s hard. I’ve been on both sides of the fence with this one; as a patient and as a nurse. The hardest part is there is absolutely nothing you can do to stop the miscarriage. The only thing anyone can do is show grace and understanding
News
General
Opinion
True Crime
Politics
Sport
Explainer
Entertainment
Celebrity
Reality TV
Movies
TV
Books
Rogue
Royal
Lifestyle
Beauty
Fashion
Weddings
Home
Wellness
Health
Fitness
Travel
Food
Parents
Before The Bump
Pregnancy
Baby
Kids
Teens
School
Parent Opinion
Work & Money
Money
Finance
Career
Lady Startup
Relationships
Sex
Dating
Separation
Friendship
Family
Real Life
Couples