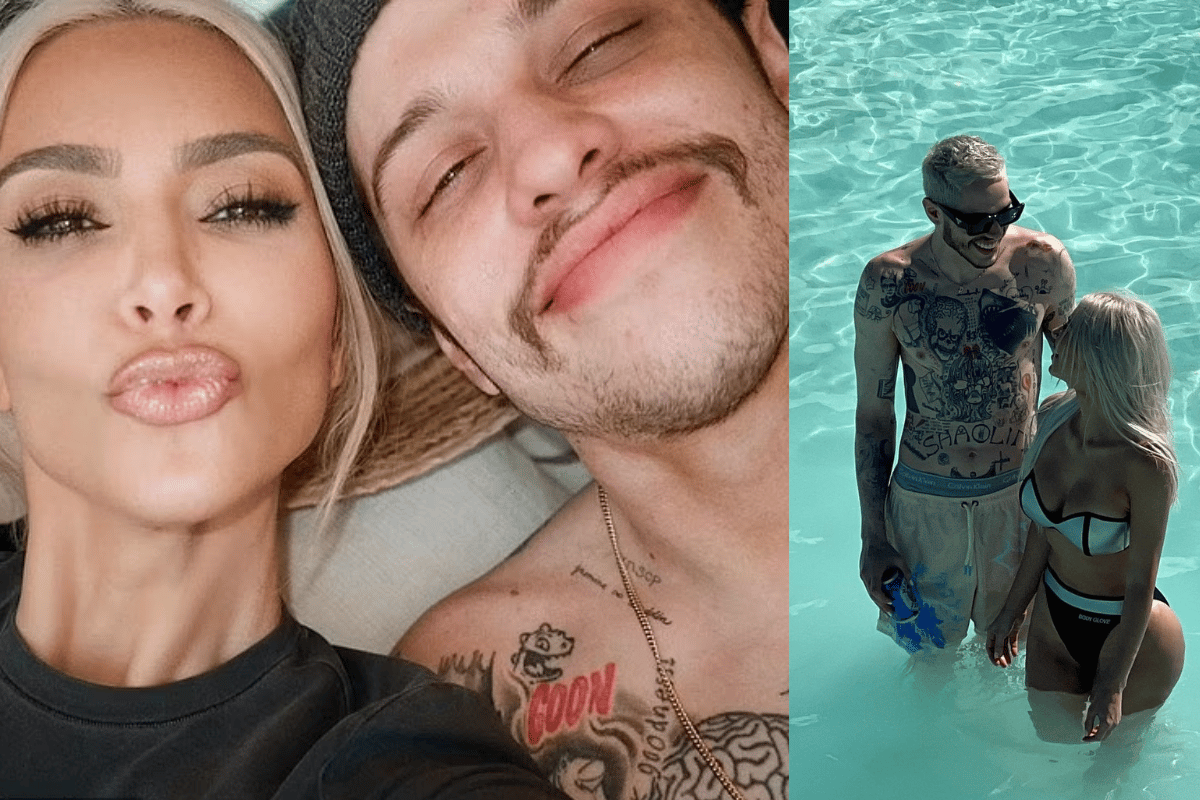 Kim touched down in Queensland earlier this week after allegedly spending an enormous amount of money on a flight from the Bahamas, to spend some quality time with her boyfriend of nine months.

Watch the trailer for The Kardashians. Post continues after video.

ICYMI, the pair are one of the most talked about couples at the moment, so we did some digging to find out what exactly Pete and Kim were doing while they were Down Under.

The reason why Kim is in Australia.

It's been quite a few years since Kim last visited Australia, with her most recent trip dating all the way back to 2014, which was to promote her fragrance, Fleur Fatale.

This time around, there is no work to do. Kim came to visit Pete while he was in Far North Queensland to shoot a new film.

Kim spent big bucks to get to Australia.

It has been reported that the Keeping Up With The Kardashians star splurged $200,000 by taking her private customised plane to fly to Australia.

Her new personal Gulfstream G650 reportedly has all-white wood detailing and a cashmere ceiling, plus phone chargers built into every plane seat. The luxury jet is rumoured to cost at least $100 million.

Kim's Aussie adventure follows just days after she shared photos of her alongside her sister Khloe Kardashian. The pair were holidaying on the beaches of Caicos Islands, just south of the Bahamas.

It's not exactly a secret that Kim likes to be driven around in style. However, considering the 2016 Paris burglary, where Kim had over $10.8 million worth of jewellery stolen from her, it's no surprise that the star likes to keep her profile low when she's in strange and unfamiliar terrain.

For her Cairns trip, reports claim Kim was chauffeured around in a not-so-glamorous 2020 Mitsubishi Pajero Sport Wagon – which is valued for less than $43,000.

Kim was only here for four days.

So it looks like the reality TV star was only here for four days before she farewelled Pete and made her way back to Los Angeles. Meaning she spent $200,000 for a trip that lasted FOUR. DAYS.

Waiter Callum McKean, who works at Piccolo Cucina (a popular restaurant in Port Douglas) claims Kim kinda sorta ate there over the weekend, just moments before she jetted back to Los Angeles.

“Took Kim K's order at work today. Thx for the hefty tip @KimKardashian,” Callum claimed in a story to Instagram earlier this week. 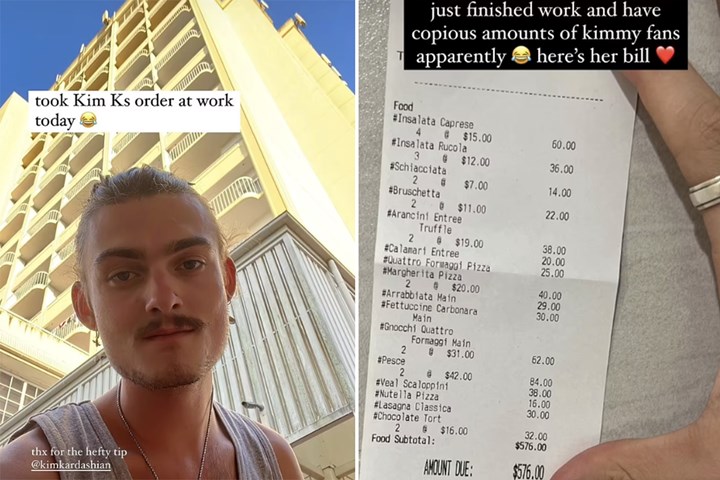 He then dropped a picture of the receipt, where it was shown Kim (or her air hostess) has purchased four $15 Caprese salads, two $11 serves of bruschetta, and two $20 Margherita pizzas.

The Piccolo Cucina manager Jolene Aiello spoke out though, telling the Courier Mail that Kim never physically ate at the restaurant. “There was a takeaway order placed from possibly her hostess," she explained.

“She did tell him (the waiter) she was an air host from a flight leaving for the States... it’s a possibility this went to her plane and she could enjoy something on her way home," she added.