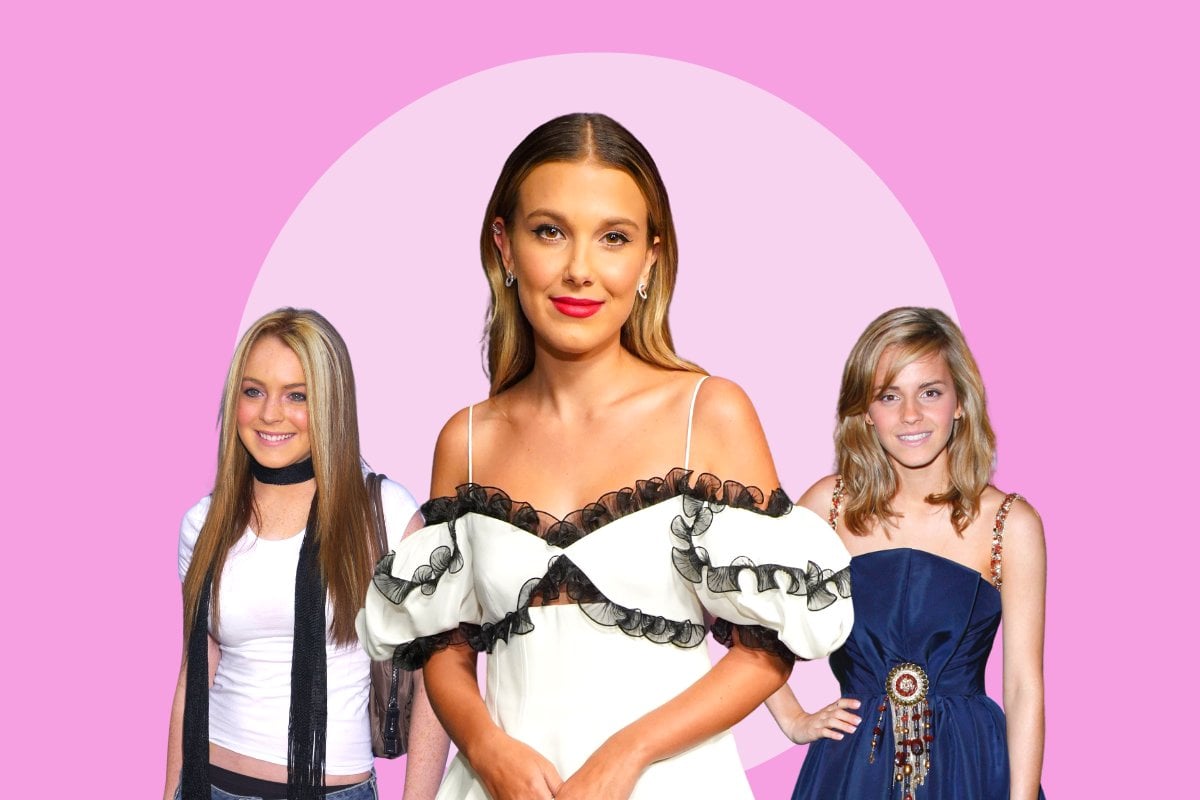 So too did thousands of people who had been counting down for the child star - who rose to fame when she started playing Eleven in the Netflix series at just 12 years old - to become 'legal'.

In the weeks prior, a Reddit forum was unearthed, though it was 'locked'. It was marked NFSW (not safe for work), and included the description: "this subreddit will open when Millie turns 18".

Screenshots showed that there were 6000 members before the forum officially 'opened', and more than 400 had upvoted a post counting down 10 days until her birthday. Since then, Reddit confirmed that the subreddit had been banned, as its content policy prohibits sexual or suggestive content involving minors.

Gross, right? And yet, depressingly unsurprising.

The '18th birthday countdown' for child stars is alive and well on the internet. Twenty years after such milestones were front page news, the celebration of a teenager suddenly becoming 'safe' fantasy material still exists, though slightly more covert.

In 2001, an anonymous website ran a countdown until then-15-year-old singer Charlotte Church turned 16 - the legal age of consent in England and Wales.

A few years later, no less than seven websites were dedicated to counting down the minutes until Mary-Kate and Ashley Olsen's 18th birthday in 2004. There was also a counter for Hilary Duff, and even Harry Potter star Emma Watson, who at the time was just 14.

On the Olsen twins' big day, a New York Post article warned others to "lock up the boyfriend", because "the Olsen twins are legal - and they're loaded".

The same year, Lindsay Lohan was on the cover of Rolling Stone, alongside the caption "Hot, Ready and Legal!" 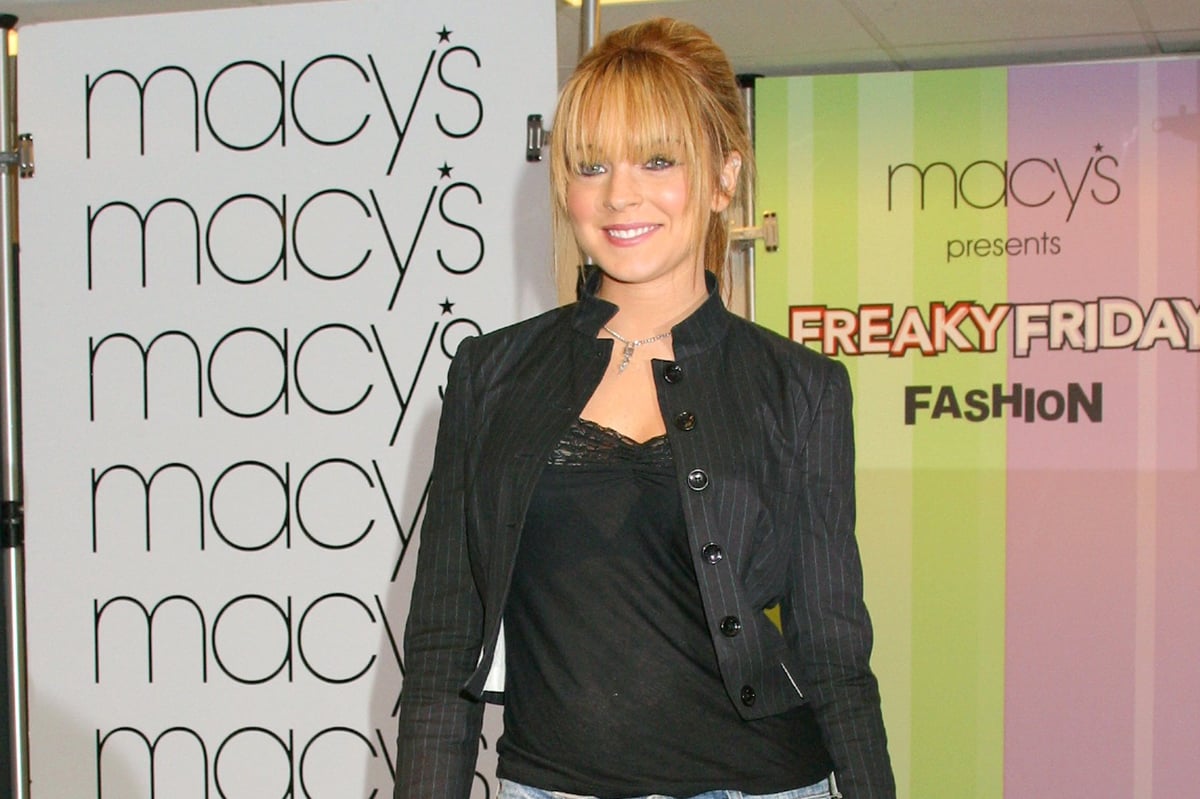 Fast forward almost a decade to 2013, and TMZ posted a photo of a then-17-year-old Kendall Jenner, in a crop top and short shorts, with the headline: "Kendall Jenner, 53 days". Until what, exactly? Until she can vote? Until she can buy alcohol when travelling outside of the US? Obviously not. The subtext was clearly '53 days until she was 'safe' fantasy material'.

With Jenner, others were even more direct. It's believed at least six companies made a bid for Jenner's 'pornographic debut' after her birthday, offering as much as US$1.8 million for her to star in a sex tape. Vivid Entertainment, the company that distributed Kim Kardashian's sex tape, later offered Kylie Jenner US$10m in a similar deal once she turned 18 in 2015.

It feels like stating the obvious to say this is all disturbing and predatory.

No matter how it's spun, waiting for someone to "turn legal" means they have already been objectified as a minor.

And while this is absolutely a phenomenon that impacts young women and girls more than their male counterparts, it does affect teen boys too.

There was also a birthday countdown for former teen pop star Justin Bieber, and at 16, he was photographed for Vanity Fair, covered in lipstick and with dozens of young, female hands grabbing at him. More recently, Brown's Stranger Things co-star Finn Wolfhard, then 14, asked fans to stop calling him "daddy" in a 2017 video. 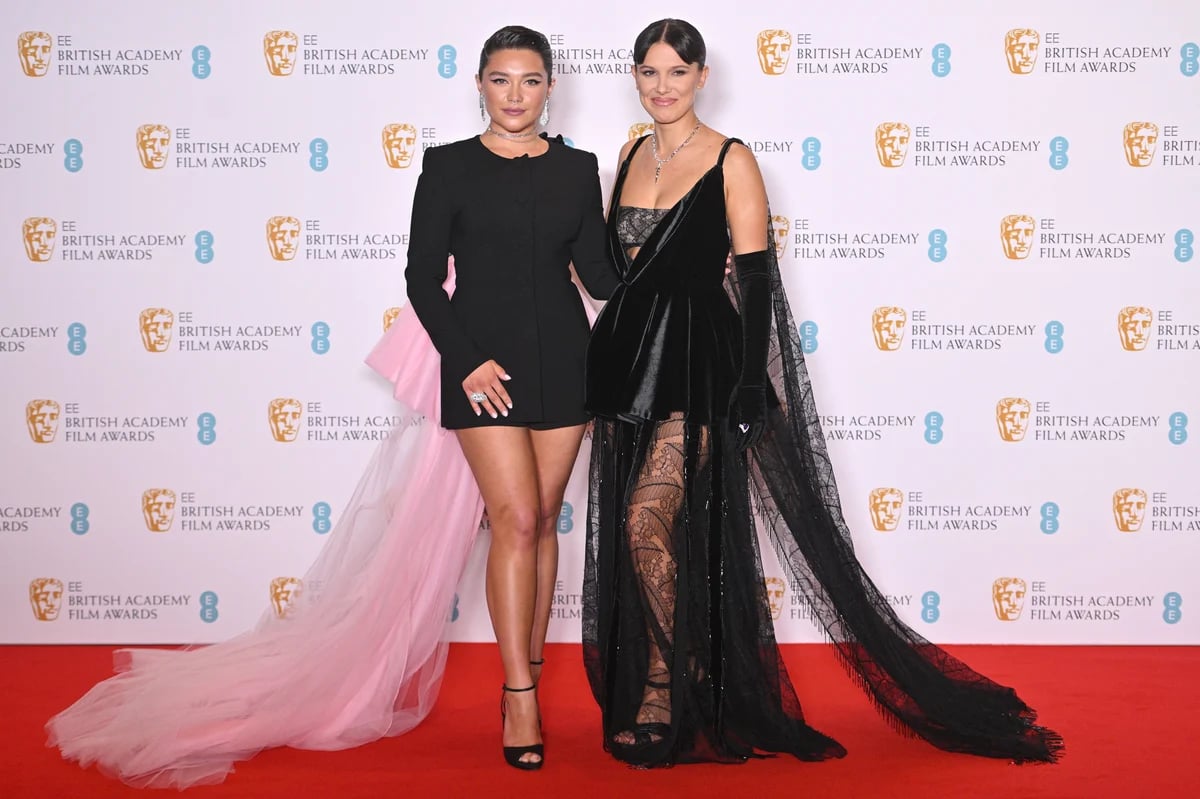 In April 2022, Brown appeared on British podcast The Guilty Feminist, where she spoke about dealing with intense sexualisation on top of dealing with everyday teenage things.

She has been famous since age 12, meaning there have been five years of reporting about her 'love life' and headlines about her 'growing up before our eyes', but it reached an entirely new level after her last birthday.

"I have definitely been dealing with that more in the last couple weeks of turning 18," she said on the podcast.

"[I'm] definitely seeing a difference between the way people act and the way the press and social media react to me coming of age.

Fourteen years earlier, before social media launched strangers' opinions into the palm of your hand, fellow child star Watson felt her childhood cocoon crumble around her as she left her 18th birthday party.

"I remember on my 18th birthday, I came out of my birthday party and photographers laid down on the pavement and took photographs up my skirt, which were then published on the front of the English tabloid the next morning," she said.

"If they had published the photographs 24 hours earlier, they would have been illegal, but because I had just turned 18, they were legal." 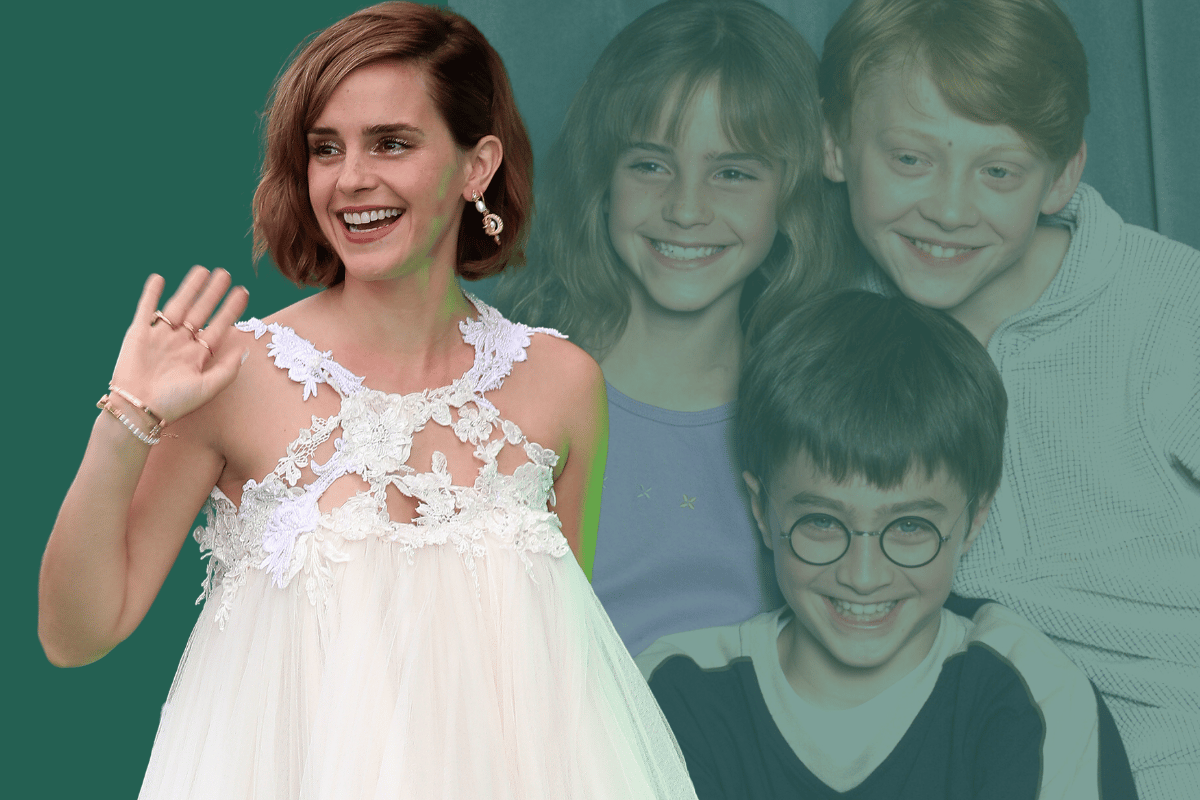 In 2017, Mara Wilson wrote an essay for Elle about her fears for Brown and others of her generation growing up in the public eye. Wilson, who starred in cult classic films like Mrs Doubtfire and Matilda as a child, recalled her own ordeal too.

Sadly, this experience is part and parcel of being a child star.

'Countdowns' and TMZ headlines may be less overt these days, backed into corners of the internet rather than the front pages of tabloids. We're more aware of how gross celebrating a young woman's 'legality' is, and the criticism is much louder now.

The sexualisation of child stars has not stopped, though. It is insidious behaviour with wide-reaching consequences, beyond the realms of celebrity.

Of Brown, Wilson recalled seeing a tweet that set off alarm bells.

"I saw a photo of her on Twitter, dressed up for a premiere. I thought she looked like a teenage girl. The caption, however, read that, at 13, she 'just grew up in front of our eyes.' It had been tweeted by a grown man.

"I felt sick, and then I felt furious. A 13-year-old girl is not all grown up. And even if she had been what we consider grown up, that is not newsworthy." 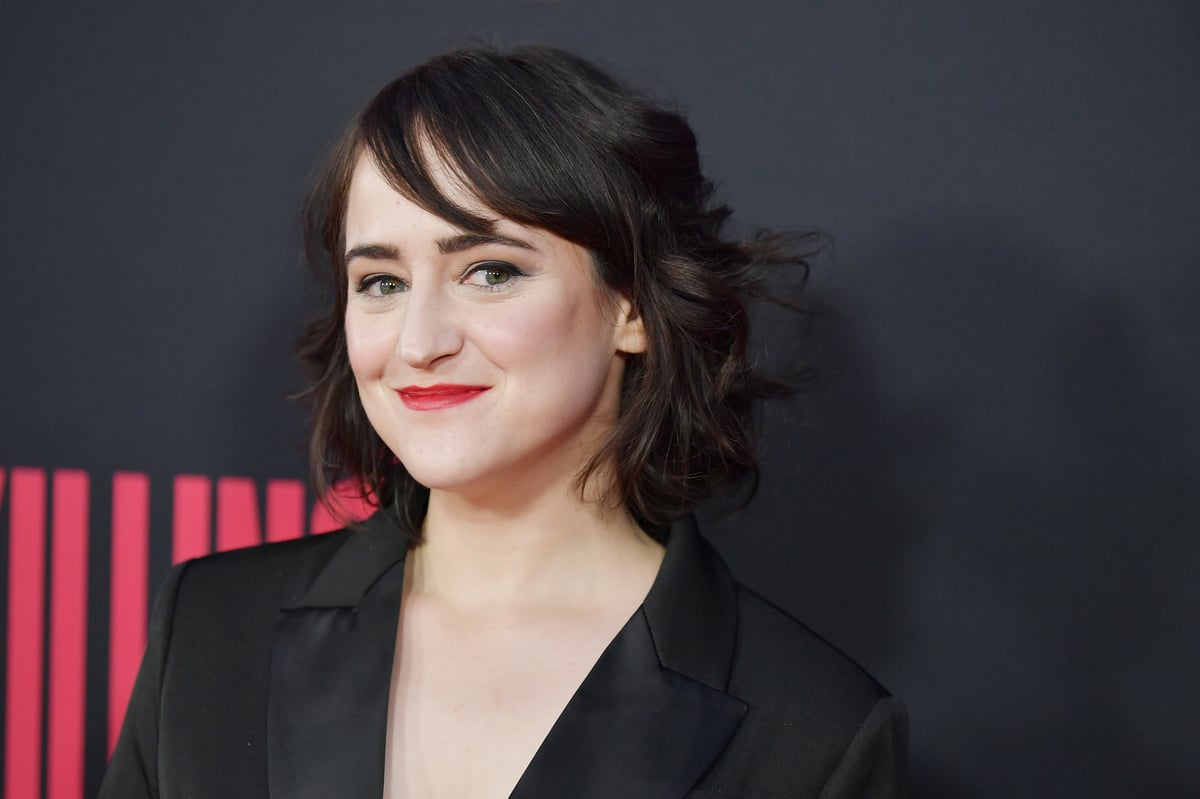 Wilson called out "the creepy, inappropriate public inclination to sexualise young girls" and pointed to the dehumanisation of celebrity as a reason for its existence.

As soon as someone enters the public sphere, they become a commodity. A lot of the time, this is the goal. It's a hugely successful marketing tactic that brings in money. The trade-off is often speculation and interest into their lives outside of their profession, but many celebrities will play along because ultimately it benefits their profile and net worth too.

Children should not be making this trade, and everyone has a responsibility to ensure they don't.

'Where are the parents?' is a common cry, and a valid one in plenty of cases. Hollywood as an industry - from managers and agents, to producers, directors and co-stars - should also do more to protect young people.

And while mainstream media organisations would never publish front pages declaring teenagers 'legal' anymore, there are still reports about the 'private lives' of young stars - from who they're dating to the perceived 'age appropriateness' of their clothing choices, which all invite readers to consider a child in the same way they would an adult.

These people are famous. But above all else, they are children.

The sexualisation of teenage celebrities is pervasive, entrenched in celebrity culture. Thankfully, the pushback on it is growing by the day, but in the meantime, up-and-coming stars like Brown are still wading through the ick.

Hopefully, we can get to a point where a child star's 18th birthday can be just another unremarkable day on the calendar, sooner rather than later.