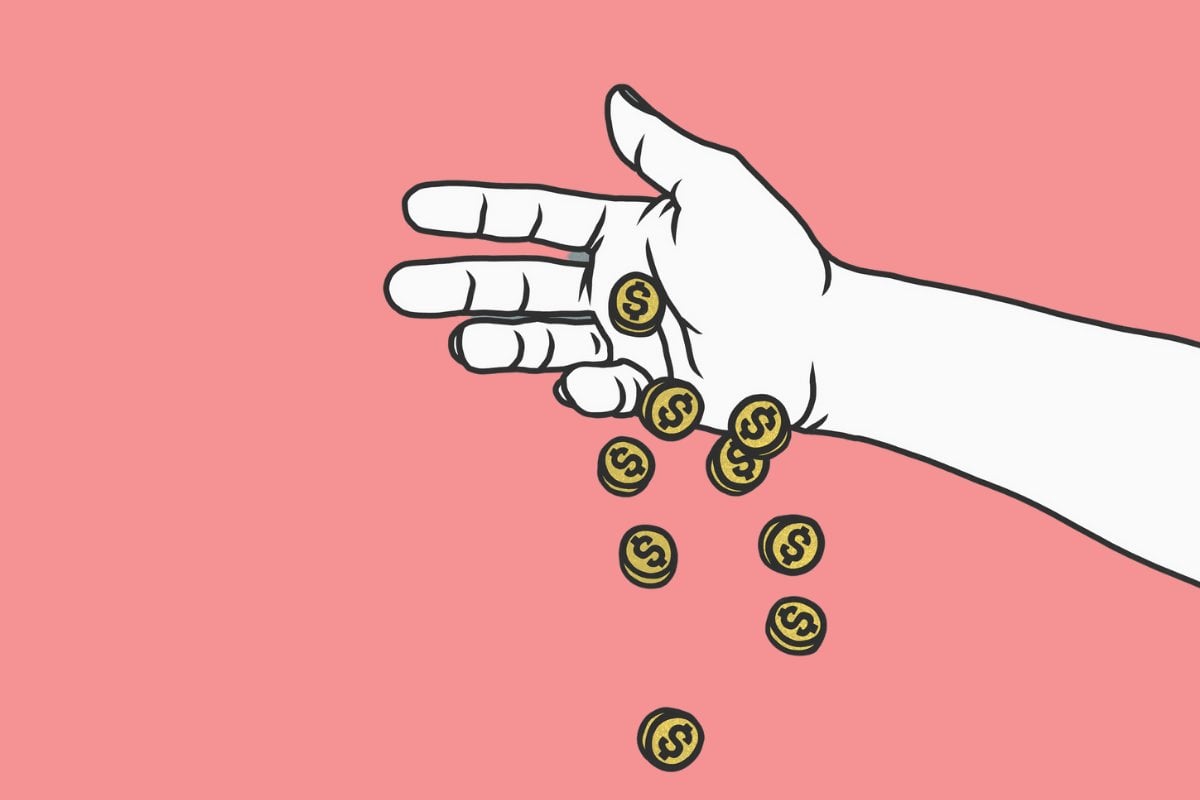 That is the most common sentiment I hear from our students.

See, a few years ago, I started a financial education platform to help people take control of their finances. Today, hundreds of people have transformed their financial lives through SkilledSmart’s Mastering Money program, and the majority of them are millennials.

Watch: The five money lessons your parents told you, that you should probably forget. Post continues. below.

Most of our students come to us with little or no prior knowledge of finance, and many of them have spent years trying to 'figure it out' with no real progress.

So you can imagine the excitement when they start saving and investing tens of thousands of dollars, and start feeling confident and in control of their money for the first time in their life!

But this excitement often comes with the awareness of how different their life could be today if they’d had these skills earlier in life.

So here I’m sharing three of the most common mistakes I see people making in their 20s, in the hopes that maybe you won’t have to say "I wish I’d known this earlier."

1. Waiting for a 'real job' to start caring about your finances.

Guess what? There’s no such thing as a "real job".

Your job as a cleaner or dog-walker or babysitter is just as valid as whatever career you’re working towards in the future.

It’s easy to fall into the mindset that what you’re doing right now “doesn’t really matter”, it’s not “who you really are”, it’s just something you’re doing “to get by, in the meantime.”

This mindset tricks you into valuing your current job and the money you are making from it less than whatever future career you want to end up in.

You think “it’s fine” to spend the money now because you’ll “make it back when I get my real job.” You’ll “get serious” later, when you’re earning “real money”.

The job you’re in right now is a real job and the money you’re earning is real money. You can make enormous financial progress by taking your current job and income seriously.

For example, one of our alumni, Henry, came to us when he was 20, working at McDonald's. He didn’t know anything about finance and wanted to learn how to manage his money properly.

He implemented what he learned and within 15 months he’d saved $34k and bought himself his first car. Today, he has a level of financial confidence that far surpasses most people his age.

He didn’t wait for his dream job to start being smart with his money. In fact, his ability to save helped him afford to pay for an education towards his dream career.

You can start today with what you have, and future you will thank you for it.

2. Thinking your friends or family are good financial benchmarks.

Do you know the story about the fish?

There are two young fish swimming in the ocean.

An older fish swims by and nods at them, asking: “Morning boys, how’s the water?”

Then, one stops and says to the other: “What the hell is water?”

When you’re young, it’s easy to think that whatever is happening around you is just normal. You don’t question it because you don’t even think to question it.

If everyone around you is complaining about being broke, or having credit card debt, or spending lots of money on shopping or travelling... you might think that’s normal.

Equally, if no one around you talks about saving or investing money, if you grew up in a home where no one talked about building wealth, those ideas might not even cross your mind.

You don’t realise there are people in their 20s (like Henry) who figured out how to save and invest and have built up tens of thousands of dollars worth of assets on a regular income.

So, take a look around. If you want different financial results to what your friends and family have, if they’re not working towards the same financial goals as you... you might need to look outside your immediate circle for financial guidance.

3. Thinking in years instead of decades.

There are broadly two groups of people in their 20s.

The first group thinks nothing really matters until you’re 30. The second group thinks you have to have ‘made it’ by the time you’re 30 and have your whole life together.

I think the best approach is somewhere in the middle.

I’ve seen lots of people in their 20s who only thought about fun and freedom, get to 30 with this anxiety that they’ve “wasted their 20s” or that they “don’t have anything to show for it”.

On the flip side, I’ve also seen people who didn’t give themselves permission to try different things, and then get to 30 having lived life like it was a checklist and now they feel unfulfilled.

For example, maybe they stuck to a career they didn’t like because they were too scared to start over. Maybe they rushed to buy a property or ‘settle down’ because that’s the ‘thing to do’, not really considering if it’s what they really want.

I think both extremes are partly a result of short-term thinking.

Both life and wealth are long-term games.

If you focus on growing as a person, developing new skills, challenging your view of the world, trying new things, not being scared of making mistakes and taking risks... you're bound to reach 30 with a much wealthier experience of life.

Paridhi Jain is the founder of SkilledSmart, an independent financial education platform helping adults learn to save and invest their money. For more money tips, you can grab a free e-book on “5 Money Mistakes Costing You Thousands” via their website, and follow them on Instagram.