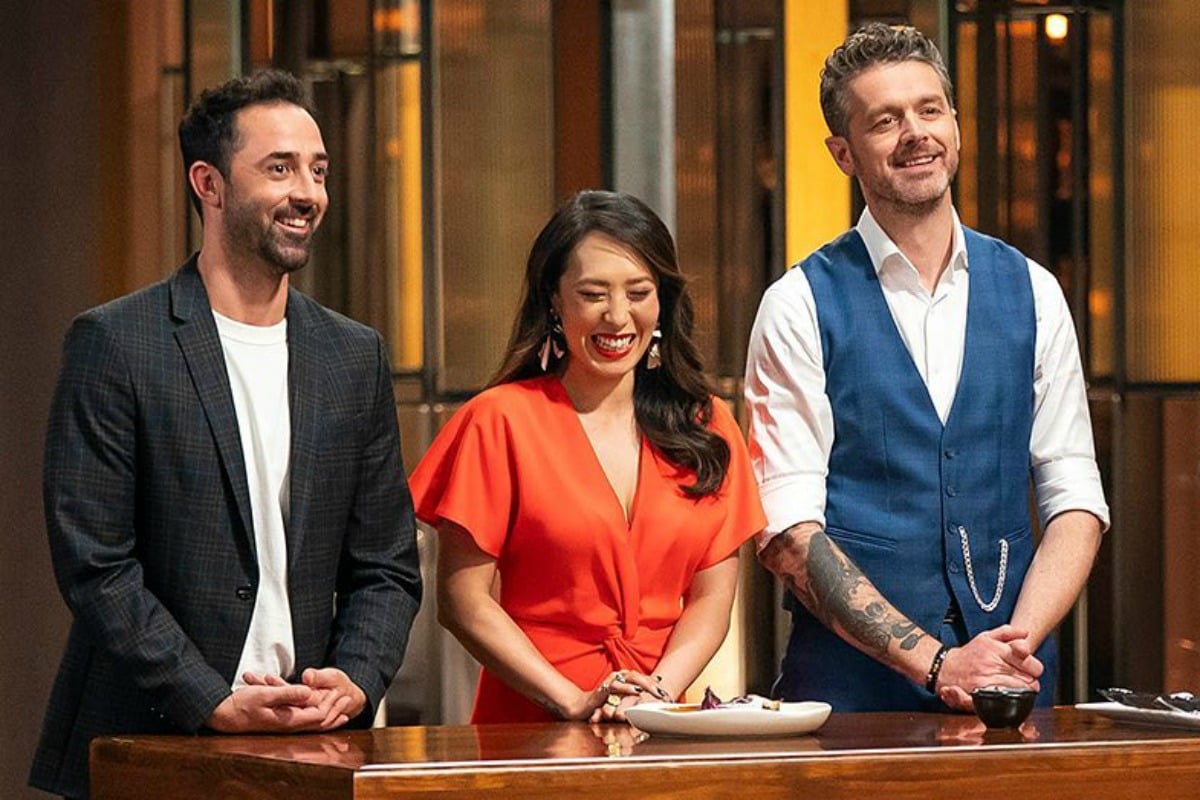 1. "It wouldn't be fair on them." Why there were no challenges against guest chefs on MasterChef.

MasterChef has graced our screens for eight glorious weeks now. And we've been loving every minute of it.

But behind the high-pressure competition and mouthwatering food, MasterChef fans may have noticed this season is missing one thing in particular... immunity challenges against guest chefs.

In the past, contestants who made it through the immunity round would have the chance to cook against a top chef, such as Curtis Stone or Shannon Bennett.

This season, however, there hasn't been a single challenge of that kind. And according to the show's producer, Marty Benson, there's a very good reason for it.

"We decided it wouldn't be fair on the chefs because our contestants are so good," he told The Sydney Morning Herald on Saturday.

With the next season of MasterChef currently casting, Benson said the level of difficulty for the challenges will have to be dialled down.

"We need to make sure the judges are nurturing people who are starting from a lower base."

MasterChef continues on Sunday at 7.30pm on Channel 10

2. Oh. Apparently Khloe Kardashian and Tristan Thompson are getting "closer" in lockdown.

While a number of celebrity couples have decided to go their separate ways in lockdown, it seems like Khloe Kardashian and Tristan Thompson have been getting closer over the past couple of months.

A source supposedly told People on Friday that the 35-year-old reality star and 29-year-old basketball player have been "clearly enjoying each other's company" during isolation.

The pair have reportedly been spending lockdown together while co-parenting their two-year-old daughter True.

My Minnie kept asking to take pictures with me. She put her arm around me, leaned on my cheek and posed 💕 I was melting lol These days I’m soft🙄

"The lockdown made them closer," the unnamed source told the publication. "They hadn't spent this much time together since they lived in Cleveland. They have had an amazing spring with True in LA."

"Tristan has been on his best behavior. Khloe is definitely charmed by him. If he is able to keep things up, it's very possible that Khloe would get back with him."

That said, neither Khloe or Tristan have shared any news about getting back together.

3. For the first time in 18 years, The Bachelor US has cast a black male lead.

For the first time since their premiere in 2002, the US Bachelor will have a black male lead.

Amid the context of the Black Lives Matter movement campaigning for greater racial diversity, the ABC network revealed 28-year-old Matt James will take on the lead role.

"This is hopefully the first of many black men to be in the position that I’m at now," James said on Good Morning America following the announcement. The show has long been criticised for their lack of diversity in their casts.

For the nearly two decades they have been on air, they have only had one black lead, Rachel Lindsay, in the spin-off show The Bachelorette.

The executive producers of the show said in a statement: “We are taking positive steps to expand diversity in our cast, in our staff and, most importantly, in the relationships that we show on television,” they said.

“We can and will do better to reflect the world around us and show all of its beautiful stories.”

4. In a post for Pride Month, Nickelodeon have hinted that Spongebob is queer.

In a recent post celebrating Pride Month, children's network Nickelodeon have seemingly announced Spongebob Squarepants is part of the LGBTQI+ community. And yes, fans have gone into a frenzy.

Celebrating Pride with the LGBTQ+ community and their allies this month and every month ???? ⁣ (????: by @space.ram)

"Celebrating Pride with the LGBTQ+ community and their allies this month and every month," the caption for the photo read.

Speculation over SpongeBob's sexuality has been rife for years, but has never explicitly been addressed by the network.

In 2005, the show's creator Stephen Hillenburg did say he thought of SpongeBob and Patrick as "almost asexual."

Alas, he has always been considered an icon for the LGBTQI+ community.

5. An 8-year marriage and Sandra Bullock: Inside Matthew McConaughey's relationships.

From The Wedding Planner to How to Lose a Guy in 10 Days,Matthew McConaughey has played the leading love interest in a number of romantic comedies over the years.

But in real life, the 50-year-old actor has been happily married since 2012.

The Women of Today founder and mother-of-three shared a photo of herself and her husband on Instagram to mark the occasion. "Yep... you got me baby! Taking a minute in the midst of everything to share gratitude for you on our anniversary," she captioned the post.

Alves went on to explain that she never planned on getting married before she met the actor. "As a young adult I never thought of marriage, I always told my parents don’t ever expect me to get married!! Well... you fully changed my perspectives and the meaning of it."

Yep...you got me baby...! Taking a minute in the mist of everything to share gratitude for you on our anniversary. As a young adult I never thought of marriage, I always told my parents don’t ever expect me to get married!! Well...you fully changed my perspectives and the meaning of it...???????? I encourage you today to take a minute to share gratitude to your partner in life, shine the light on what you love about them and how they make you better! If you don’t have a partner take a minute to share a light on yourself and what qualities you love about yourself that you want to show more to the world. ???????? Sim ... você me pegou baby...! Dedicando um minuto fora de tudo que está acontecendo para compartilhar gratidão por você em nosso aniversário. Quando jovem, não pensava em casar, sempre disse a meus pais nunca esperavam que eu me case! Bem ... você mudou completamente minhas perspectivas e o significado disso ... Convido você hoje a tomar um minuto para compartilhar gratidão ao seu parceiro na vida, iluminar o que você ama nesta pessoa e como fazer você uma pessoa melhor! Se você não tiver um parceiro, dedique um minuto para iluminar quais são as qualidades que você ama em si mesmo que deseja mostrar mais ao mundo. ????????

The pair first met at a club in Los Angeles back in 2006. But it wasn't exactly love at first sight for Alves. “The first interaction, I did not know who he was,” she told Access Hollywood.

"At the time he had a really long beard, and he had this rasta hat. He was all covered up, and I didn’t really realise who he was." Across the room, McConaughey noticed Alves out of the corner of his eye.

"An aqua green figure went sort of floating across the frame about 20 feet in front of me," he told People in 2016. After trying to get her attention by waving, the actor realised "this is not the kind of woman you call over across the room... Get your a** out of the char and go get her."

He eventually went over and the pair started speaking in Portuguese, Alves' native language. "We went on our first date three nights later and I knew then I’ve been wanting to go on a date with her for the last nine years and not with anybody else," he told the publication.

The couple went on to tie the knot six years later and have three kids together – sons Levi, 11, and Livingston, seven, and 10-year-old daughter Vida.