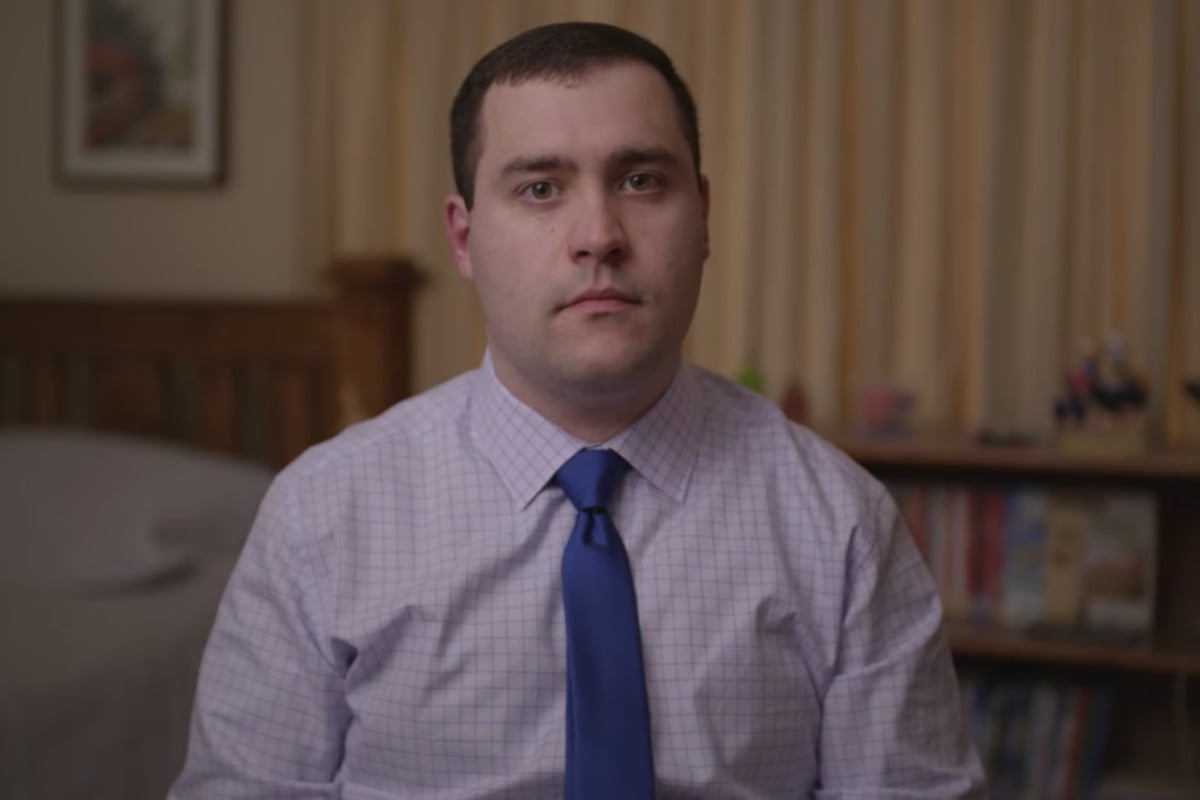 If you’re yet to devour Love On The Spectrum, I’m sorry to inform you, but you’re missing out on the best dating show on television right now.

You’re also missing out on Michael.

Michael’s dream in life is to become a husband, and he’s so determined to reach this goal he has a pair of love ducks that sit on his bedside table.

He bought them in Sydney six years ago because he was told they’d help him find love. They haven’t yet, and I am absolutely cross about it.

WATCH: The trailer for Love On The Spectrum. Post continues after video.

Michael is the kind of man who calls members of the ABC camera crew that came to his Wollongong house to film him for this docu-series ‘gentleman.’ And not in a weird way, in a thoughtful, respectful - in passing - kind of way.

He’s the kind of man who has a plaque sitting in his cupboard with an empty spot for a photo of his beloved. Not in a creepy way, in a romantic - I just want to make someone happy - kind of way.

He’s the kind of man who is very aware that the current crop of young singles out there are more interested in sex than love, but he wants the latter. He wants it with all of his heart. But when we met him on episode one of Love On The Spectrum, he hadn’t even been on a date before.

Because Michael also happens to have Aspergers syndrome, and it means that sometimes people don’t really understand his way of communicating.

As he explains, “people with Aspergers just learn things a different way. But as far as I am concerned it’s actually more of a gift.”

Warning. Upon watching this show (which first premiered on the ABC in November and is now having its moment on Netflix), you’re going to fall a little bit in love with Michael.

I’m three minutes into Love on the Spectrum and if Michael doesn’t find love I’m going to cancel my Netflix subscription.

If you’re not completely smitten with Michael on Netflix’s Love on the Spectrum, you’re dead inside. pic.twitter.com/uBKXkfCEnr

Watch Love on the Spectrum. Michael deserves the world. @netflix protect him at all costs. pic.twitter.com/m3Xaz4G7Bw

Michael's Dad says people think he’s an oddball, but I just see a 25-year-old bloke who’s kind, hilarious, knows the value of a good suit, loves his family, and isn’t afraid of commitment - unlike most 20-somethings.

This guy won’t ghost you. Or breadcrumb you, or 'cloak' you or whatever other term is going around.

In fact, this guy's already got a ring picked out for you.

But that doesn’t mean he has low standards. It also doesn’t mean he has a romanticised view of what a relationship is - he knows they’re not perfect. He’s willing to take the good with the bad and knows it’s important to “smell the flowers, because they don’t bloom all the time.” 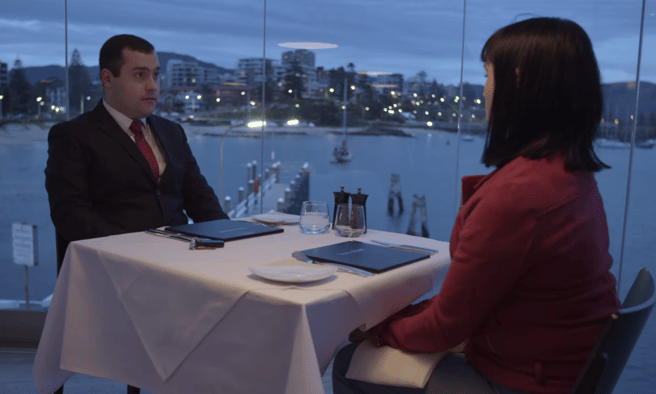 Michael taking Amanda out on his first ever date. Image: Netflix.

Michael considers himself an “A plus” partner and he’s bloody right. He’s not playing games or breaking hearts, he’s just a man with a heart that’s “10 sizes too large" who wants to make someone happy.

He's the kind of man who is secure in who he is and what he likes and what he wants, and he’s ready to offer (in his words) the "full five"; love, respect, happiness, support, and security.

Your dream girl is out there somewhere Michael, and I am praying to the love ducks that you find each other soon. Because man, is she in for a treat.

Reply
Upvote
Love on the spectrum is such a lovely show.  Mia's podcast is delightful.
A
ak87 2 years ago

Reply
Upvote
2 upvotes
I haven’t watched it yet, but I am going to.
I’m glad there are now things out there that show not all people with autism are the same, especially when so many news articles that have to do with someone with autism being violent, they aren’t all violent. I have a brother on the spectrum, but he is so much more than his diagnosis. Yes, he has meltdowns sometimes, and yes, it can be overwhelming for us, his family, but when he has had a girlfriend, she becomes his whole world and he treats her like a princess. He deserves love just like everyone.
Resources
Very Peri
Skin
News
General
Opinion
True Crime
Politics
Sport
Explainer
Entertainment
Celebrity
Reality TV
Movies
TV
Books
Rogue
Royal
Lifestyle
Beauty
Fashion
Weddings
Home
Wellness
Health
Fitness
Travel
Food
Family
Before The Bump
Pregnancy
Baby
Kids
Teens
School
Parent Opinion
Work & Money
Money
Finance
Career
Lady Startup