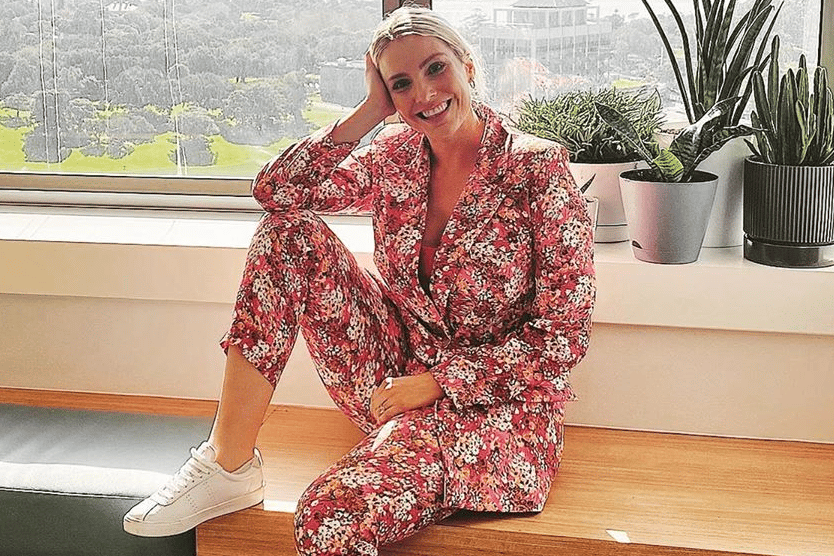 I should begin this by acknowledging that ghosting isn’t a practice exclusive to men, many women are also guilty, including me.

Hear me out before you call me sexist, but I do think straight men seem to be more prone to the act, so when I pitched the idea of this article, I wanted to reach out to all my guy friends to find out if and why they'd ghosted someone.

I wanted their different reasons in the hope of gaining a clearer understanding, and perhaps a more nuanced perspective on the reasons people do this.

In this instance, I decided to focus on straight men - so men who ghost women.

I spoke to eight men in my friendship circle, and all of them, had indeed, ghosted someone. Some were mortified about doing so and followed up with 'but only once, I'm a gentleman I swear Kel'. Others didn't care as much about my opinion of them with a 'f*cking all the time' response to which they obviously got an eye roll from me.

The funny thing is that they're all great guys, none of them are bad people and despite their actions, they'd be pretty mortified if a girl they'd ghosted was still scratching her head years later, writing articles, still bloody confused... (*cough).

While the person, place, situation, and time differed; what remained consistent was their reason for ghosting.

Generally, these guys were simply too emotionally detached to have a tough conversation with someone that they weren't invested in.

The hard part to swallow is this:

They just don't care about you and therefore, don't consider how YOU feel and how YOU perceived the date in question. They don't want to have that awkward conversation because they don't value you enough to be bothered with it.

We could get cross about this and berate how they've been brought up and that society allows this sort of behaviour, OR we could look at it with the same sort of refreshing clarity we saw the concept of 'he's just not that into you' all those years ago.

He just doesn't care. Hurtful, of course, but how much angst does this save us when thinking about WHY someone completely disappeared out of our lives? They didn't view the situation in the same way we did and didn't feel the connection we did, so they didn't want to continue something they weren't invested in and didn't want to deal with the repercussions.

This got me thinking about why I had ghosted someone once.

A few years ago, I'd been having decent chat with a bloke on Tinder and we finally met up.

I know it's shallow but physical attraction is a huge part of initial connection so I remember my heart sinking when he walked towards me, vastly older and less attractive than his pictures on Tinder suggested.

Of course, I gave him the benefit of the doubt and went inside merrily making jokes and attempting to stay charming.

Listen to Kelly on Overshare, the podcast you really shouldn't be listening to. Just like the best group chat with your mates, Overshare is a bit smart, a bit dumb and a bit taboo. Post continues below.

I wasn't going to tell the poor bloke that he resembled a squid and I was about as attracted to him as I was to all seafood in general. But the date was horrible and he had terrible chat, providing me with unsubstantiated insights into his misogynistic brain I absolutely didn't ask for. He didn't seem to read my body language and kept inching his stool closer to me until I made up an excuse about an early morning and went to leave.

THEN HE WRAPPED HIS TENTACLES AROUND ME AND TRIED TO KISS ME.

I wriggled my way free before running towards a nearby taxi and shouting at the driver to quickly go like I was in a Liam Neeson film, not at Darling Harbour on a Tuesday night.

The next morning he sent me a message saying he'd had a lovely time and would like to do it again. I didn't respond. Why? Because I didn't care. I was so uninterested in this bloke that I couldn't be bothered wasting my energy responding, even with a respectful message saying 'thanks but no thanks'.

Was this the right way to handle the situation? Of COURSE not! But it happened and I think it's worth keeping in mind rather than agonising over why someone ghosts you. They weren't as invested as you and the connection wasn't mutual. Harsh - but helpful.

So maybe that guy I'd had 'the best first date with' just didn't think it was a great first date. OR he went on an even better one the next day and forgot about me. And the guy I slept with and never heard from again? Well, he chased and reached the finish line but clearly wasn't that into the prize or assumed he could get a better prize elsewhere.

So to anyone who has been ghosted, let's make a conscious effort not to analyse the situation so much.

I'm not going to say 'don't take it personally' because it's 100 per cent personal, but it's certainly not a reflection on the person you are or something you did, you're just not that particular person's cup of tea.

And that's OK because while in a perfect world, we'd all be very tuned into a person's feelings and more respectful of each other, we're not.

Unfortunately, we don't all like seafood and sometimes, we can't be bothered telling someone that because we've already moved onto a delicious lasagne.

Have you ever been ghosted? Do you agree with Kelly's take on ghosting? Tell us about it in the comments below!

Reply
Upvote
People ghost to avoid a slightly awkward conversation.  It is just poor manners and ignorance imo.  I ran into a guy who ghosted me a few years later - he wanted to buy a house and I was the agent.  The look on his face when the penny dropped was priceless.
C
cat 2 years ago