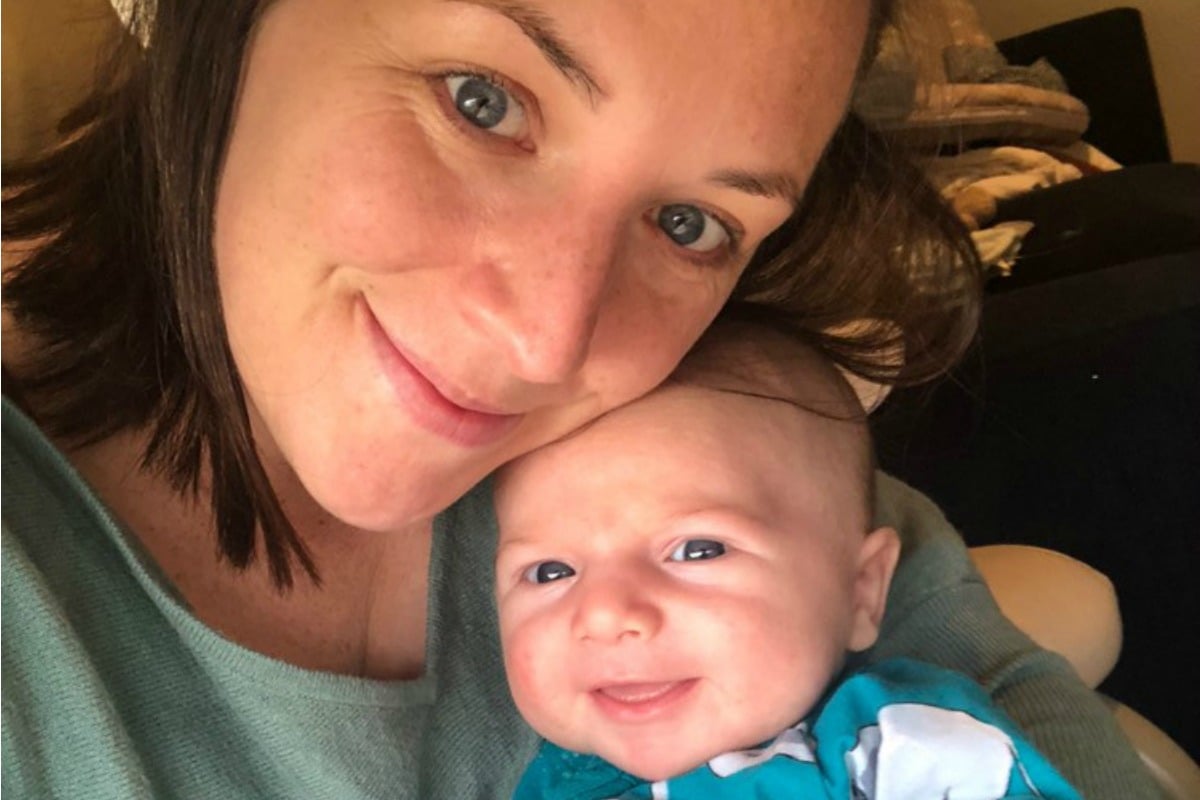 "Are they going to put the tape back up when I go to bed?" four-year-old Maggie asked her mum on Tuesday afternoon.

"Yeah they are," Taryn Godley Doolan replied, as she pushed her daughter down the slide for the last time in at least six weeks at the park across the road from their home.

"I am really sad," her little girl said.

The Godley Doolan family are amongst the five million Victorians barred from leaving their homes for six weeks, as metropolitan Melbourne and its surrounding suburbs go back into lockdown after a surge in coronavirus cases in the state.

WATCH: The announcement from Victorian Premier Daniel Andrews that changed everything. Post continues after video.

The first lockdown was a novelty for the Godley Doolan family

But the second time around, it feels much more like something the young family has to endure. Made even more tricky as this time there's a new baby in the mix.

It was an exciting day for more than one reason. That date was the long-awaited "first small step" towards normality for the state of Victoria as it exited the first lockdown.

Five family members were now allowed to visit another house, kids could see their grandparents, and you could gather outdoors in groups of ten for the first time in months.

Even though Taryn and her family would be laying low for some time until Fletcher got his needles, they were thrilled that his arrival marked the start of the 'road out.'

Being pregnant and at home full-time with a toddler for the past few months had been tough. 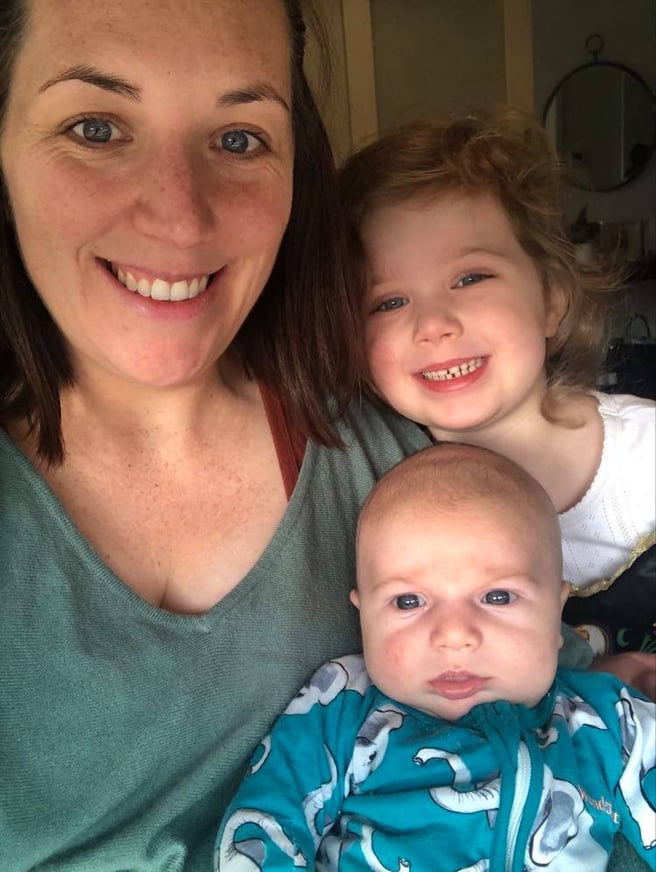 "Obviously being heavily pregnant made it so much harder, not only was I physically tired and exhausted, there were all these stories coming out of women having to birth alone, and suddenly my doctor's appointments were being cancelled and modified and the restrictions were being put on visitors to hospitals. So that anxiety leading up to May 12 when he was born was really tough," Taryn told Mamamia.

With no family support during the entire lockdown, and her daughter banned from the hospital for the four days Taryn and her husband were in there with baby Fletcher, it wasn't exactly what Taryn had in mind for the birth of her son.

However, there were pluses. The hospital was quiet and calm, and Taryn and her husband enjoyed their first uninterrupted conversation in four years.

As baby Fletcher reached the two month mark, Taryn was beginning to re-emerge into her local community. She'd just caught up with a friend in person for the first time. Maggie was about to return to daycare and restart dance class. Life was looking like it was back on the verge of normal for the Godley Doolans.

But then the cases of coronavirus surged in Victoria. And now since Wednesday, Taryn's family of four are back inside the confines of their north-west Melbourne home. By the time they get out - set for six weeks away but it could be longer - Fletcher will have spent as much of his life inside isolation as he has outside of it.

Like so many Victorians, Tuesday was a hard day for Taryn. One full of anger, fear, anxiety and absolute mental exhaustion.

"I think the anger... you just want to be angry at something and someone. Most of the time it's a useless emotion to feel, but I think what's been hard for Victorians is it could have been anyone and we feel like we are back here - through the fault of the state in some ways... through errors made. I am not saying that with judgement, I would not want to lead anyone through a pandemic, so I can't imagine it's easy. But it's one of those things where you think, 'what if that hadn't happened? Would we be here?'" Taryn told Mamamia.

﻿Over the past few days, Taryn has had a few little cries.

﻿She knows she's got it easier than so many other people, but having to explain to her four-year-old that the "yucky germs" had returned was hard. And sad.

"She is struggling to understand why she has to give everything up again and stop seeing our families after we waited so long," she told Mamamia. 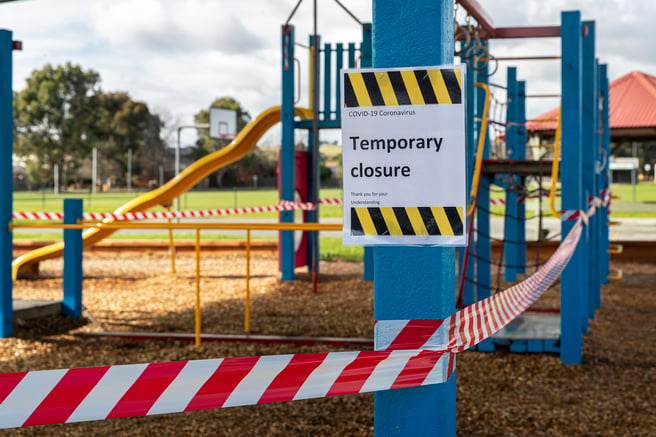 Playgrounds across Melbourne are once again closed. Image: Daniel Pockett/Getty.

As for Fletcher, newborns change so quickly, and both sets of grandparents will be forced to watch their new grandchild's milestones via Zoom, something that has lost its shine this time around.

"It's taking away that element of choice that feels quite suffocating," Taryn told Mamamia.﻿

While she knows a six-week lockdown is the right thing to do, especially considering their local council area recorded the biggest jump in cases in the state just yesterday, it doesn't dull the feeling of utter deflation.

"I know I will get through it. But this time the rest of Australia doesn't have to endure it with us, and even some of our friends who are just outside of the affected areas, they are just living their lives as we were only a few days ago. It is hard, I am not going to lie."

Are you a Victorian stuck in lockdown? Let us know your thoughts and feelings about the new lockdown in the comments below.