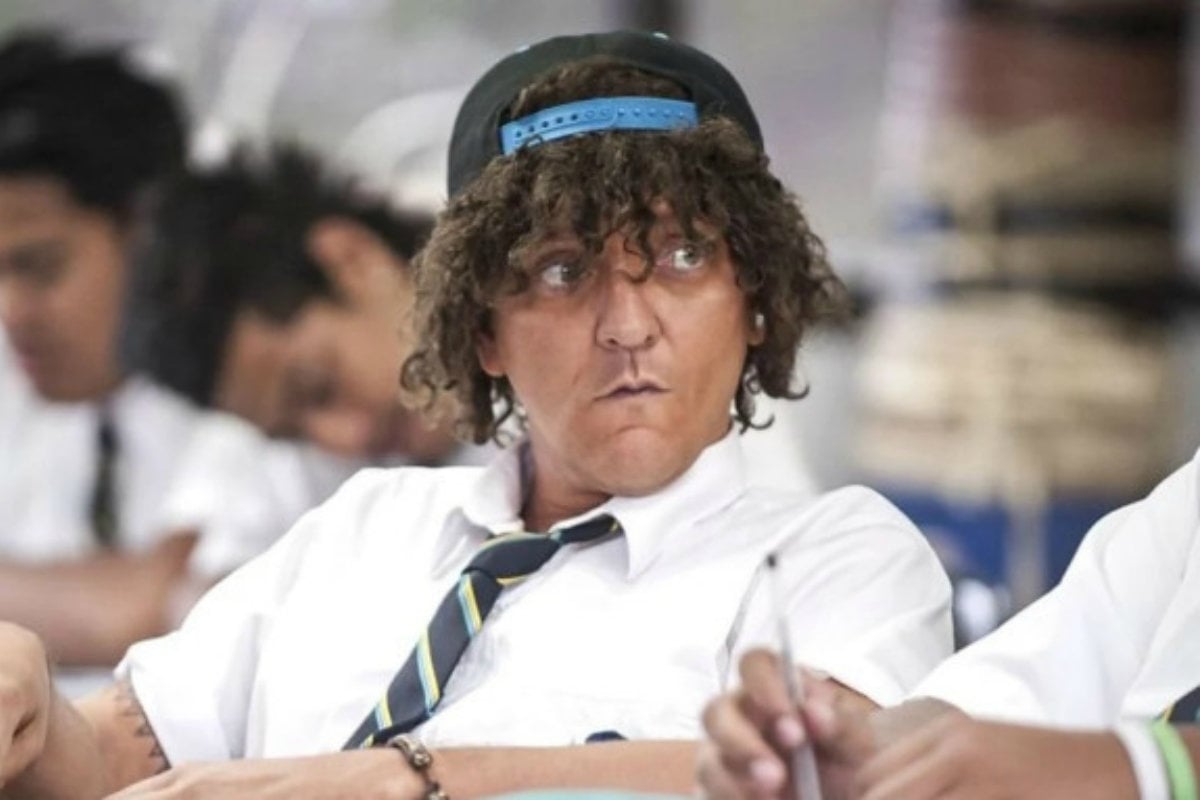 The teenager verbally abused his teachers, bullied his classmates in the school playground, and disrespected every authority figure in his life.

Most importantly, he was a fictional character played by a middle-aged white man in black makeup.

The controversial character was known as 'Jonah from Tonga', the same name as the spin-off series that went to air in 2014 on Australia's national broadcaster, the ABC.

He was created and played by comedian Chris Lilley, a man who has made a career out of risqué imitation of countless characters from diverse backgrounds. He would wear black face for some of those characters.

As is now well-documented, his comedy has not aged well.

In fact, some of his shows are now recognised for being so blatantly racist that, amid the backdrop of the recent Black Lives Matter protests, Netflix decided to remove four of them - including Summer Heights High and Jonah From Tonga - from their library, due to the actor's portrayal of non-white characters.

Now, the real story behind the damaging stereotype of Polynesian people, perpetuated by the show, is surfacing.

In an exclusive interview with Sydney Morning Herald over the weekend, Filipe Mahe, a Tongan man, revealed the characterisation of Jonah was based on him, after a documentary on his school aired a few years prior.

In 2004, Filipe Mahe was involved in the ABC mini-series Our Boys, which followed the experiences of the students at Canterbury Boys High in Sydney.

The first episode focused on Mahe. The ABC's program summary for the show reads: "This week, cheeky, disruptive 15 year-old Filipe Mahe from Tonga has slipped through the net. He's made it into Year 9 without being able to read or write.

"Teachers, frustrated by his poor attendance and bad behaviour, realise that behind Filipe's tough exterior and flamboyant antics is a seriously depressed boy with a tragic past. But the school has neither the staff nor money to give him the intensive remedial teaching he needs.

"Filipe, however, has a great talent. He's a beautiful dancer. Encouraged by the school, he takes the lead role in a Polynesian inter-school dancing competition."

It sounds suspiciously familiar - almost the exact same - to the characterisation of Jonah, who was known for his bad behaviour as much as his break-dancing skills.

Mahe told the Fairfax publication that upon watching an episode in 2008, he knew: "Jonah was me".

"I've always thought it was racism to Tongans but never spoke out," he told journalist Garry Maddox.

Mahe added that he felt embarrassed and exploited by the racist representation.

"Young Tongan boys have been stereotyped as dumb, clowns, a nuisance, little sh*ts, violent and foul-mouthed. I feel like I'm responsible for this stereotype and that hurts the most." 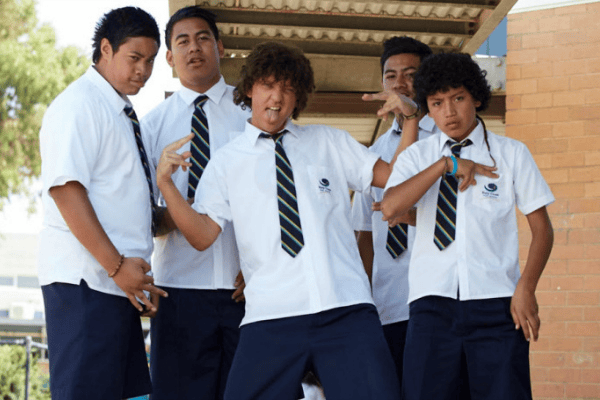 Throughout Jonah's time on screen, Lilley and the ABC received criticism, but it was largely overshadowed by the high commercial success of both Summer Heights High and Jonah From Tonga.

In an interview with Fairfax Media in 2011, Lilley was asked about the backlash he had received, to which he answered: "I think people who take things out of context might think that it crosses a line. Most people who see it get it and, once you're there in that world, it makes sense".

In 2014, Rick Kalowski, the ABC’s head of comedy, also responded to the criticism, saying : “Jonah From Tonga plays with stereotypes, but it’s doing so to make an observation about the narrow-minded attitudes expressed by some of its characters, including Jonah’s own. Indeed, prejudice by and against Jonah is clearly shown to be at the root of the problems he faces in the series.”

Even American television network HBO, who picked up the show, defended the character in 2014, telling Bustle: "Chris Lilley is an award-winning writer and performer whose work has delighted millions of people all over the world. He was first introduced to HBO viewers six years ago with his acclaimed series Summer Heights High. “Jonah from Tonga” is a spin off of that series (which is currently the best-selling TV show on DVD in Australian history)... He joins a long list of comic artists who have brought their original voices to the network."

Lilley has not yet responded to the claims made by Mahe, which were corroborated by one of his English teachers.

Now though, meaningful change continues to be at the forefront of the Black Lives Matter movement, as the world grapples with understanding the extent of the systemic racism experienced by people of colour in the many facets of life.

H
healthglo 2 years ago
Reply
Upvote
2 upvotes
I don’t think the fact he plays different races or sexes makes him racist or sexist.
The way he portrays characters is to highlight the social problems not to make fun of them.
The following quote I think is worth considering
“Jonah From Tonga plays with stereotypes, but it’s doing so to make an observation about the narrow-minded attitudes expressed by some of its characters, including Jonah’s own. Indeed, prejudice by and against Jonah is clearly shown to be at the root of the problems he faces in the series.” https://indaily.com.au/arts-and-culture/2014/05/09/jonah-tonga-genius-racist/      I think
His shows are smart as it show he knows people, knows how they tick and portrays them with both wit and sympathy.
L
laura__palmer 2 years ago
Reply
Upvote
2 upvotes
@healthglo I've watched Summer Heights High and I started Jonah. I think that quote is being pretty generous. I think it's a white guy exploiting things he doesn't quite understand to get a laugh.
S
salemsaberhagen 2 years ago
Reply
Upvote
2 upvotes
@healthglo Sounds like a white man 'whiteman 'splaining' to me.  Which is even more insulting.  Sorry but white people do not get to decide if something isn't racist.
G
gu3st 2 years ago
Reply
Upvote
4 upvotes
@salemsaberhagen Just to play the devil's avocado - Is the converse true? White people don't get to decide if something IS racist?
I'm asking this, because I'm seeing some pushback online from black people over the cancellation of some episodes of shows like Golden Girls. The tweets I've seen are trying to shift the focus back to police brutality.
Resources
Very Peri
Skin
News
General
Opinion
True Crime
Politics
Sport
Explainer
Entertainment
Celebrity
Reality TV
Movies
TV
Books
Rogue
Royal
Lifestyle
Beauty
Fashion
Weddings
Home
Wellness
Health
Fitness
Travel
Food
Family
Before The Bump
Pregnancy
Baby
Kids
Teens
School
Parent Opinion
Work & Money
Money
Finance
Career
Lady Startup